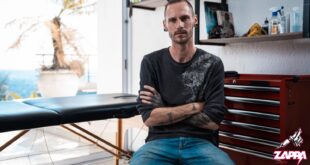 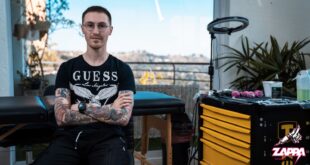 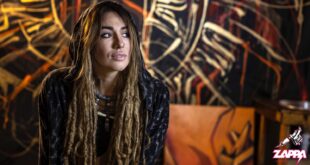 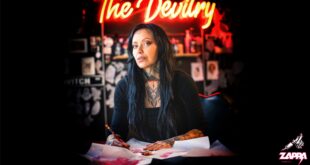 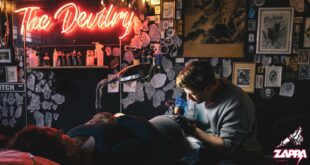 Presenting Michael Palmer, aka Big Mike, as our featured Tattoo Artist. Delve into Mike’s story of how he became a full time artist, and where he’d like to see his career take him.
Brought to you by Zappa. 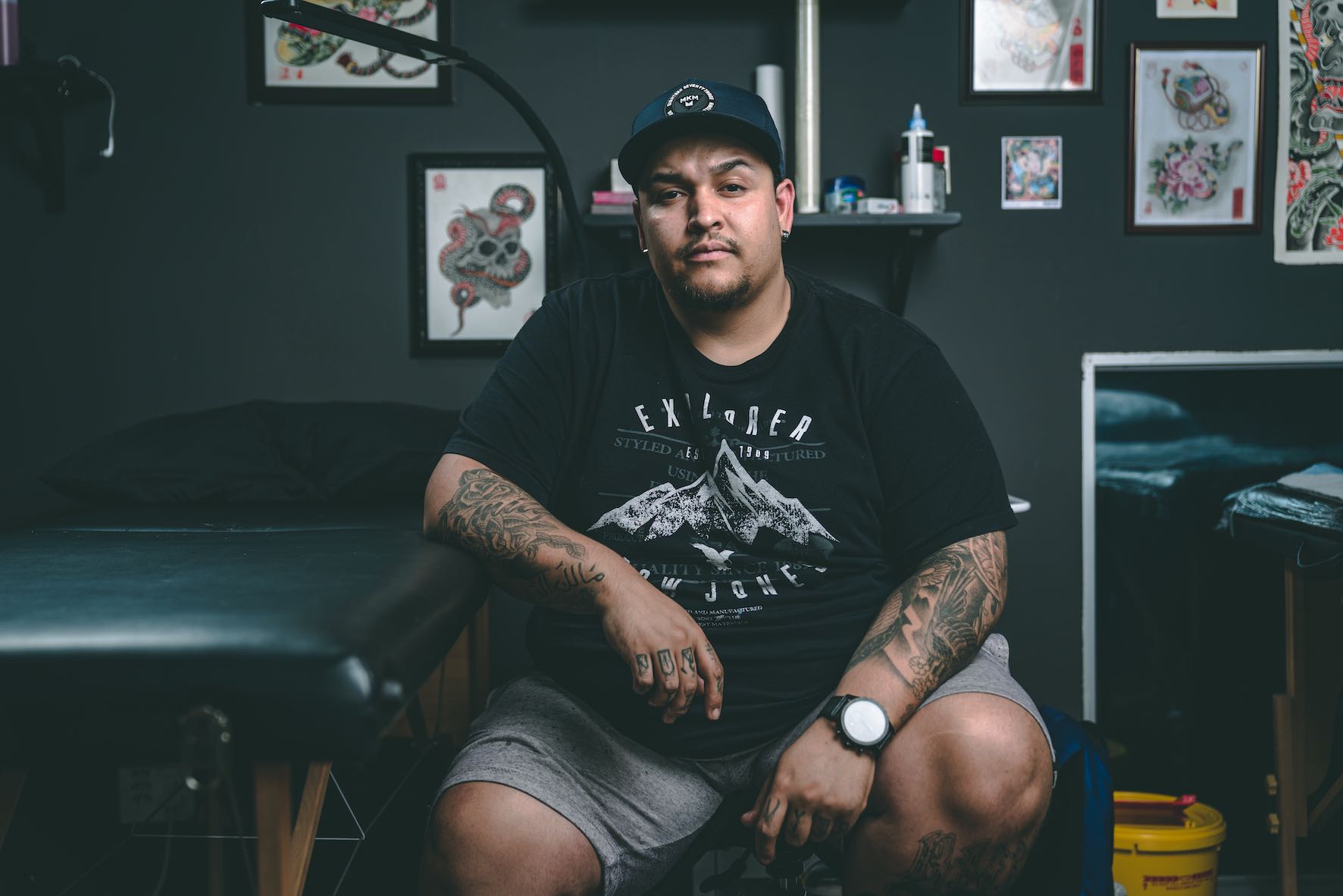 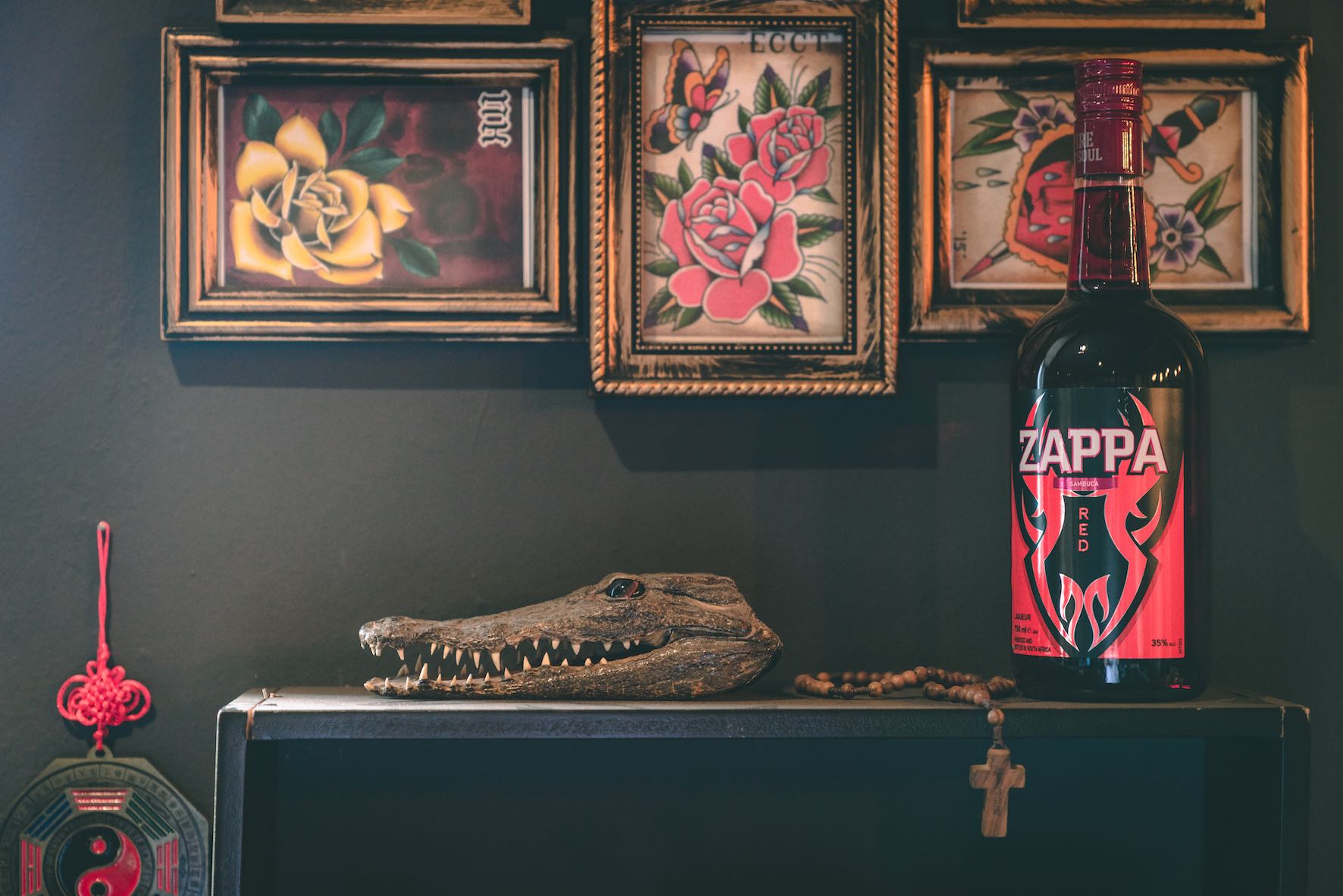 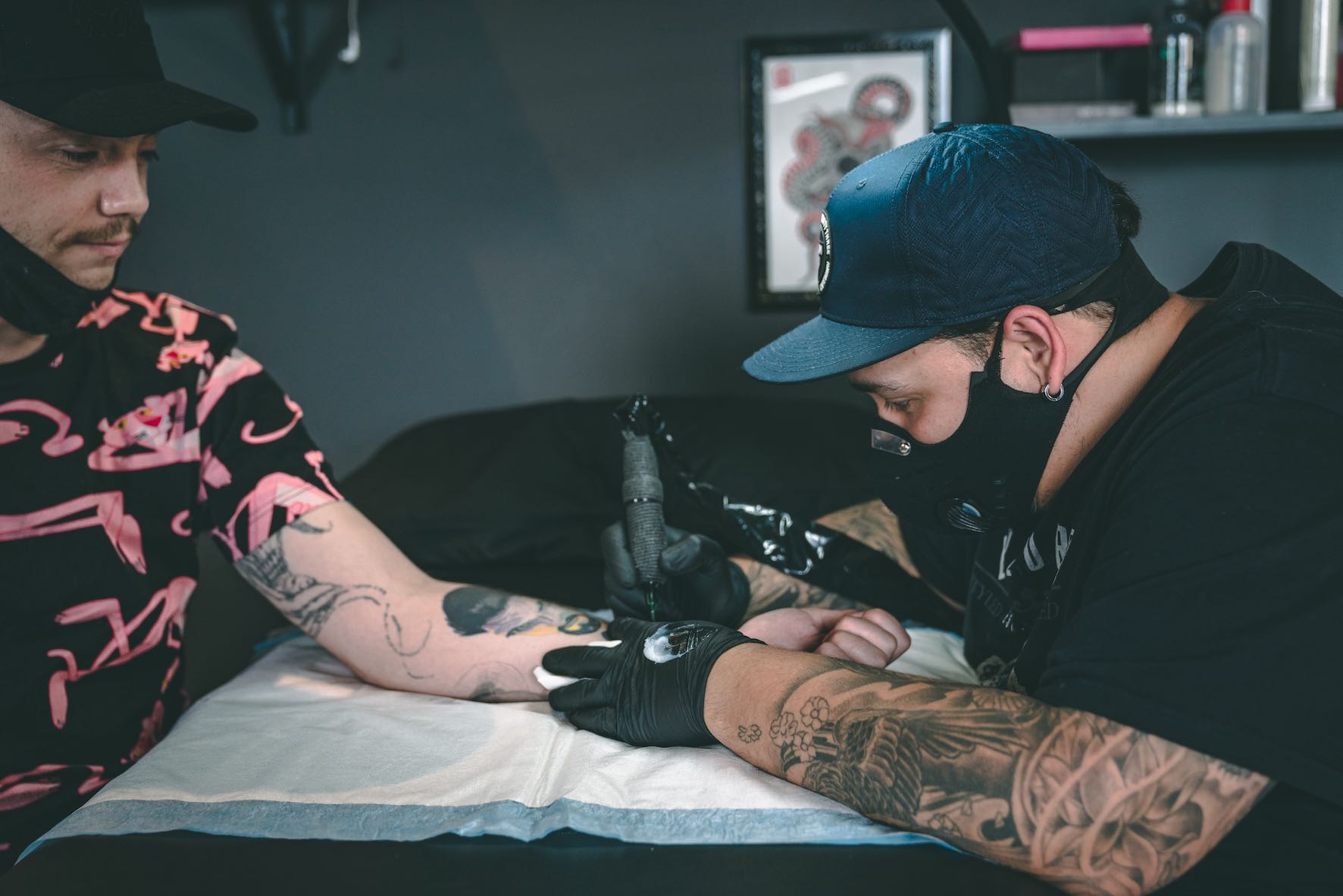 Tell us your story of how you became a full time tattoo artist?
I’ve always had a love for art as a kid, and from a young age I knew I wanted to be an artist, just never knew I would end up being a tattoo artist. Only when I was a lot older I learned about tattoos and instantly became fascinated by it. After high school I went to college to study graphics, dropped out first year after my father was retrenched, got a part time job until I went back to college in 2011. I then had to leave again after both my parents were retrenched, that’s when I decided I was going to start tattooing, I had nothing to lose, plus I had to step up and help out, keep the family above water, and get my lil bro through school. So yeah, thats how I became a full time tattoo artist.

When first starting out, which skill did you feel was the hardest to learn and why?
Line work [laughs]. I struggled for such a long time trying to get my lining to be in check, mainly because I only had access to cheap-ass tattoo supplies and equipment for the first couple years of tattooing, but hey I’m a better artist because of that.

What first attracted you to the industry?
I’m a huge fan of Hip Hop and Rap music from the 90s and tattoos were a big part of the culture. Seeing some of the greats from the time rocking their sleeves, is when I was first attracted to tattoos. What got me wanting to get into the industry was when Miami Ink aired in S.A – watching that sh#t blew my mind, I just wanted to tattoo forever [laughs], it’s all i could think about. 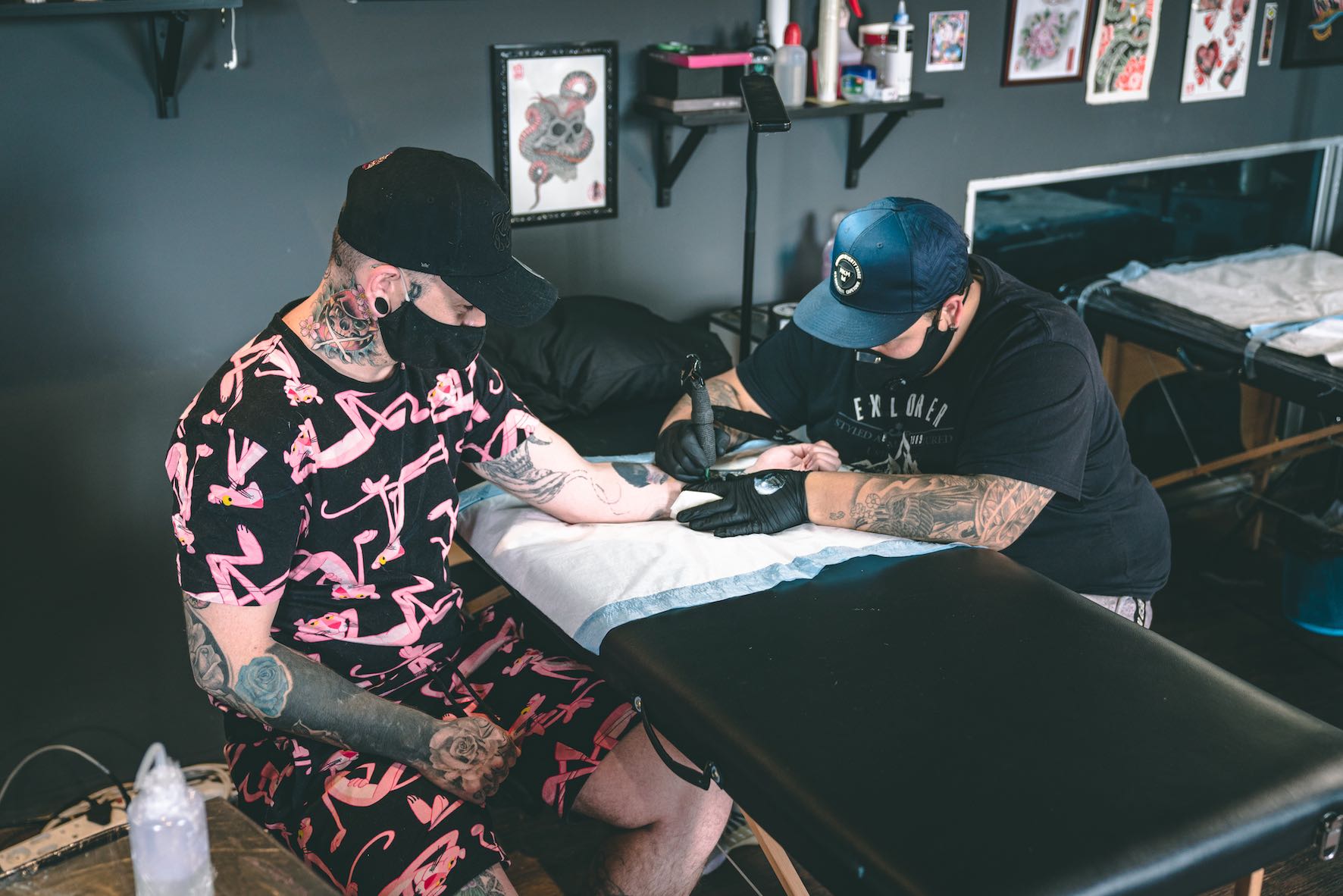 What style of tattoo do you enjoy creating the most, and why?
I love doing portrait work, it’s like a whole new experience every time. Having to capture a person’s character or personality from a photograph and make it into a tattoo is just the most satisfying thing for me. If i could, I would do portraits all day, every day.

How do you like to make sure you keep progressing as an artist?
Keeping up with the socials, making sure I’m on top of what is hot in the world and in the tattoo world from a clients perspective, but at the same time I try not to be consumed too much by what’s in the media and focus more on my own work and style of tattooing so I can have my own signature style, and not have too much influence from other artists.

If you could tattoo any famous person, who would it be?
Alive or passed on? If I had the opportunity to tattoo one famous person, it would have been the late Nipsey Hussle, I was always a huge fan of his, and his movement. Just to get some of that knowledge he had, plus he had been tattooed in so many different styles and era’s of the tattoo world. I’m sure he had some pretty wild stories behind all of his tattoos. 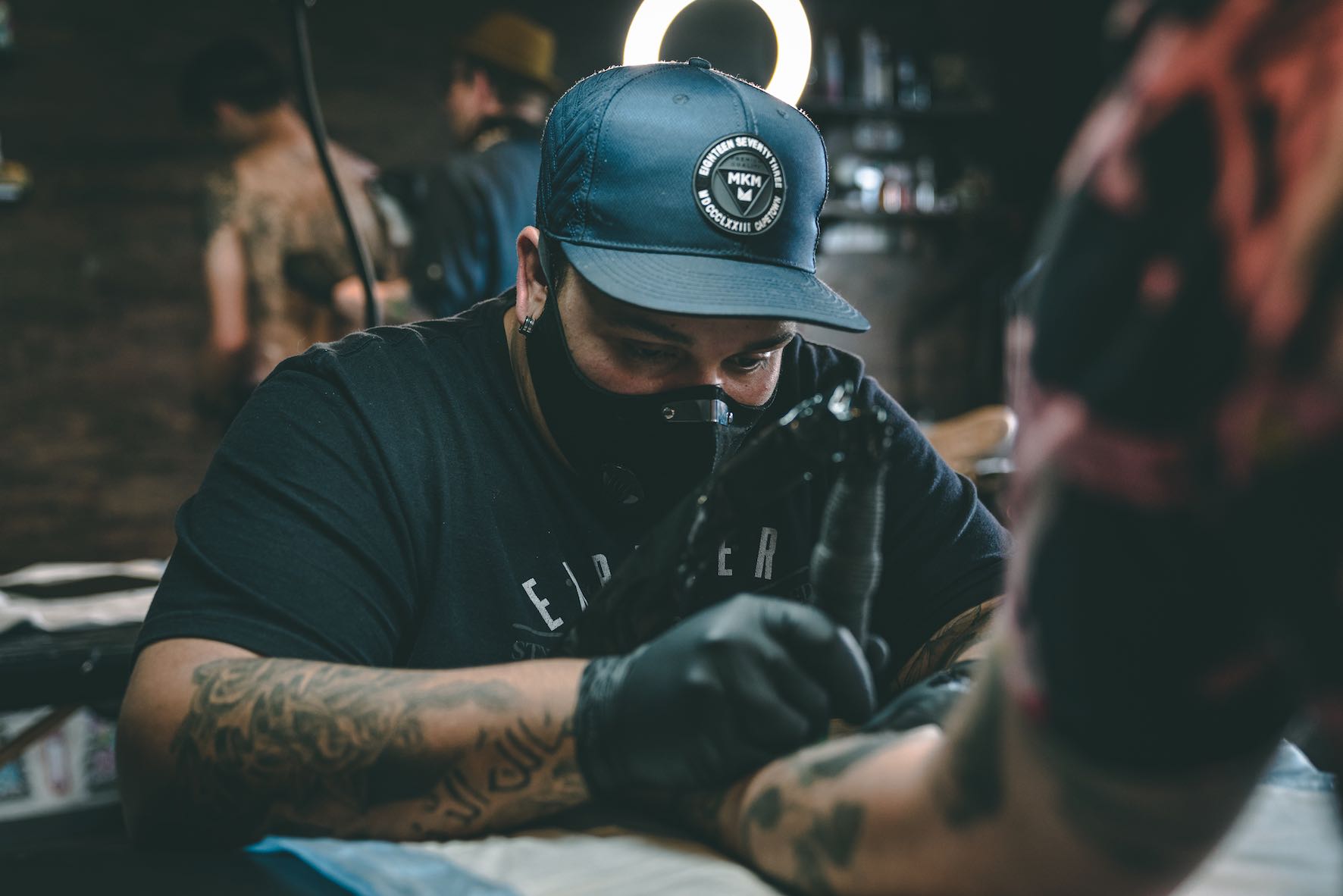 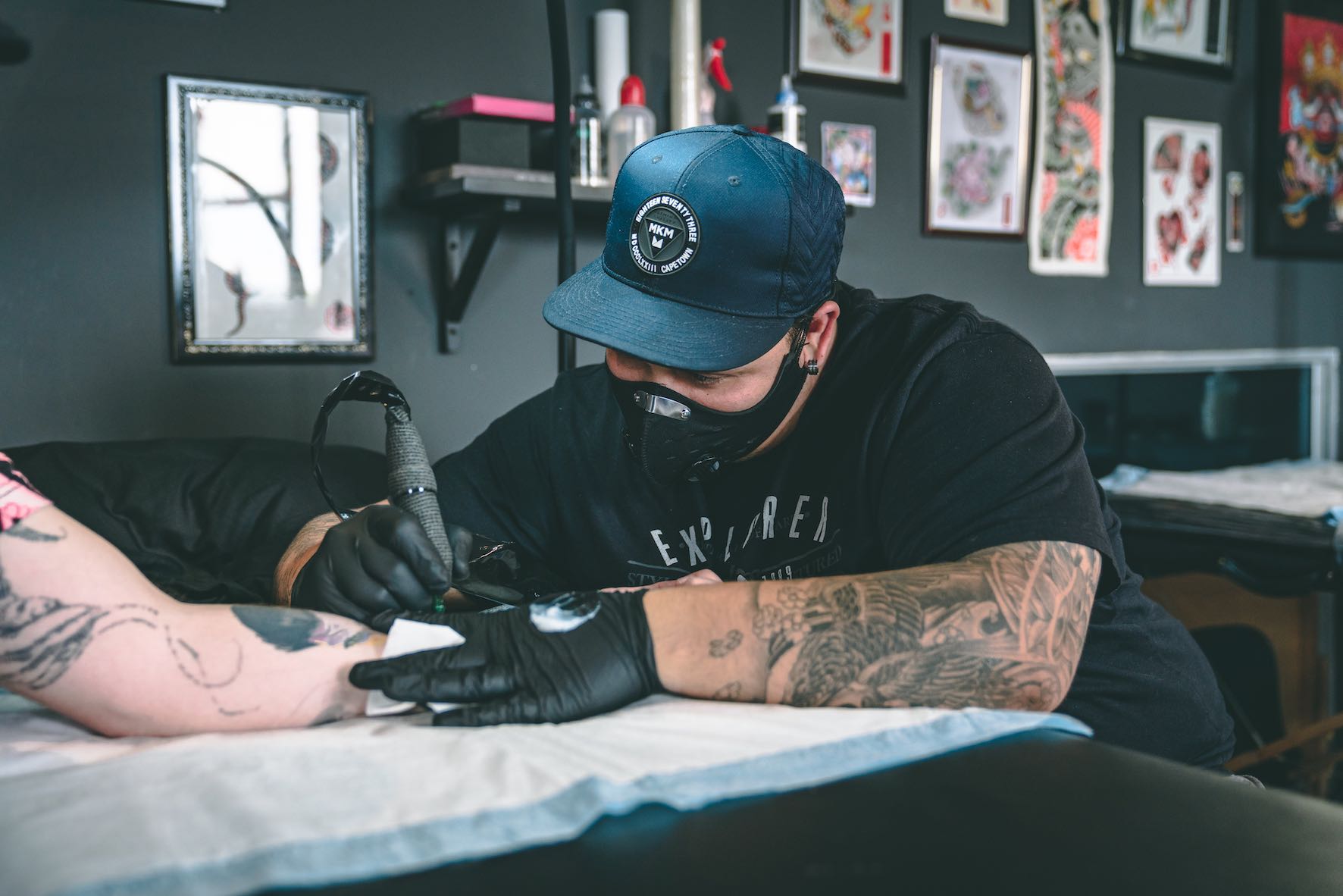 What is one of the weirdest tattoo requests you’ve ever received?
Luckily, I haven’t had any weird sh#t to do in all my nine years of tattooing, besides turning down an old man who wanted to have his penis tattooed. Also had a lady who wanted to have a pussy cat tattooed on her pussy cat [laughs], yeah but thats about it.

How would best explain the experience of working out of Heart & Hand Tattoos?
It’s been an amazing journey so far. For most of my career I’ve worked on my own, held up my own studio by myself, carried my own brand, marketed myself, ran a studio and admin with help from some amazing people. They know who they are, shout-out to them. So, coming from that to now being in a studio with six of the best tattooers out of the west of Joburg, is just incredible. 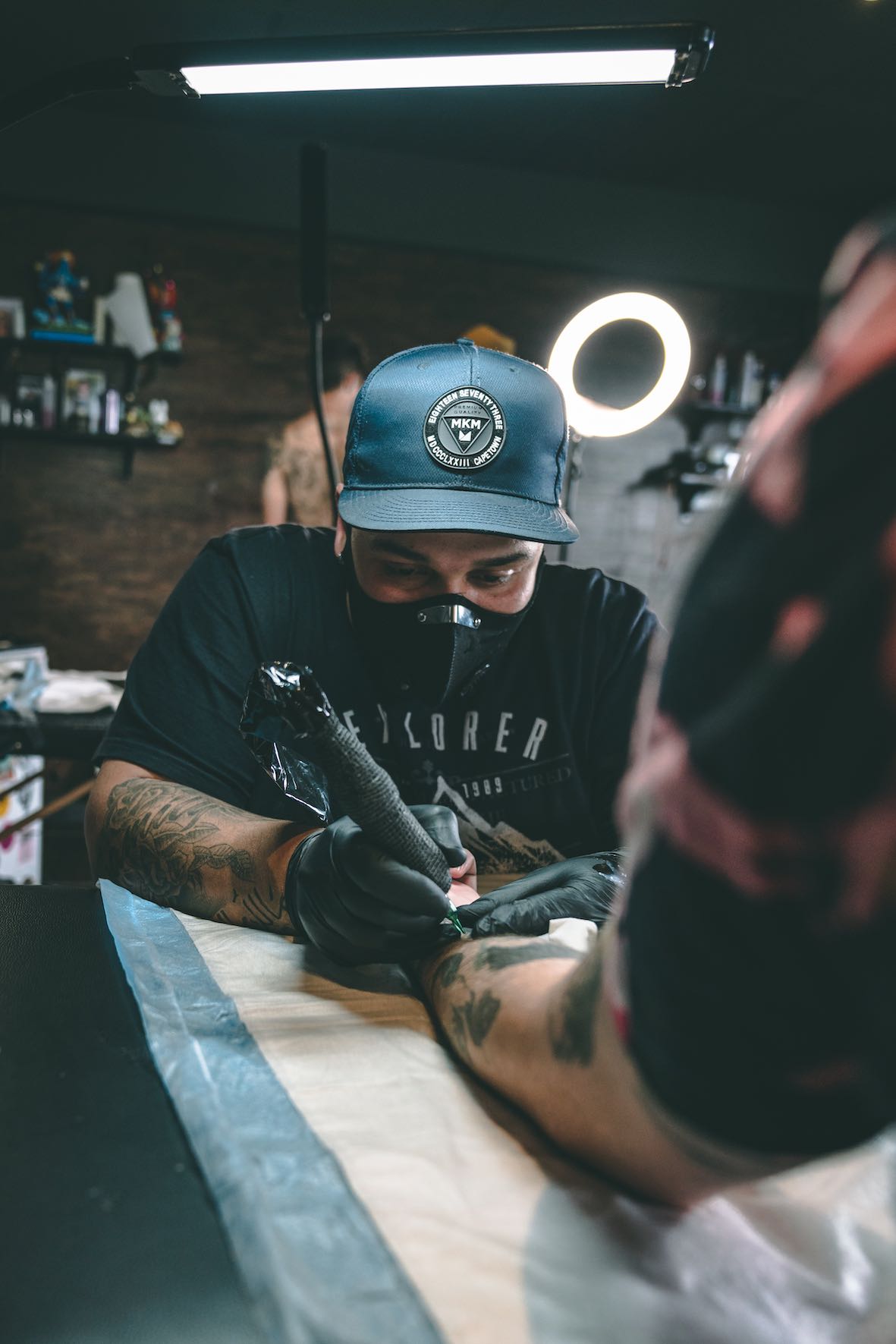 How do you feel people’s perceptions of tattoo culture has changed over the past few years?
A lot more people are being tattooed now days, more people that would least be expected to have tattoos, are getting tattooed [laughs]. Even though it’s still frowned upon in some areas, it has come to be a lot more accepted, is growing and hopefully it will be even better in the future.

Where would you like to see your tattoo career take you?
I’d love to travel and do a bunch of guest work all over the world, meet new people, artists, learn some new sh#t, collect some cool tattoos, and just live a good life while tattooing. 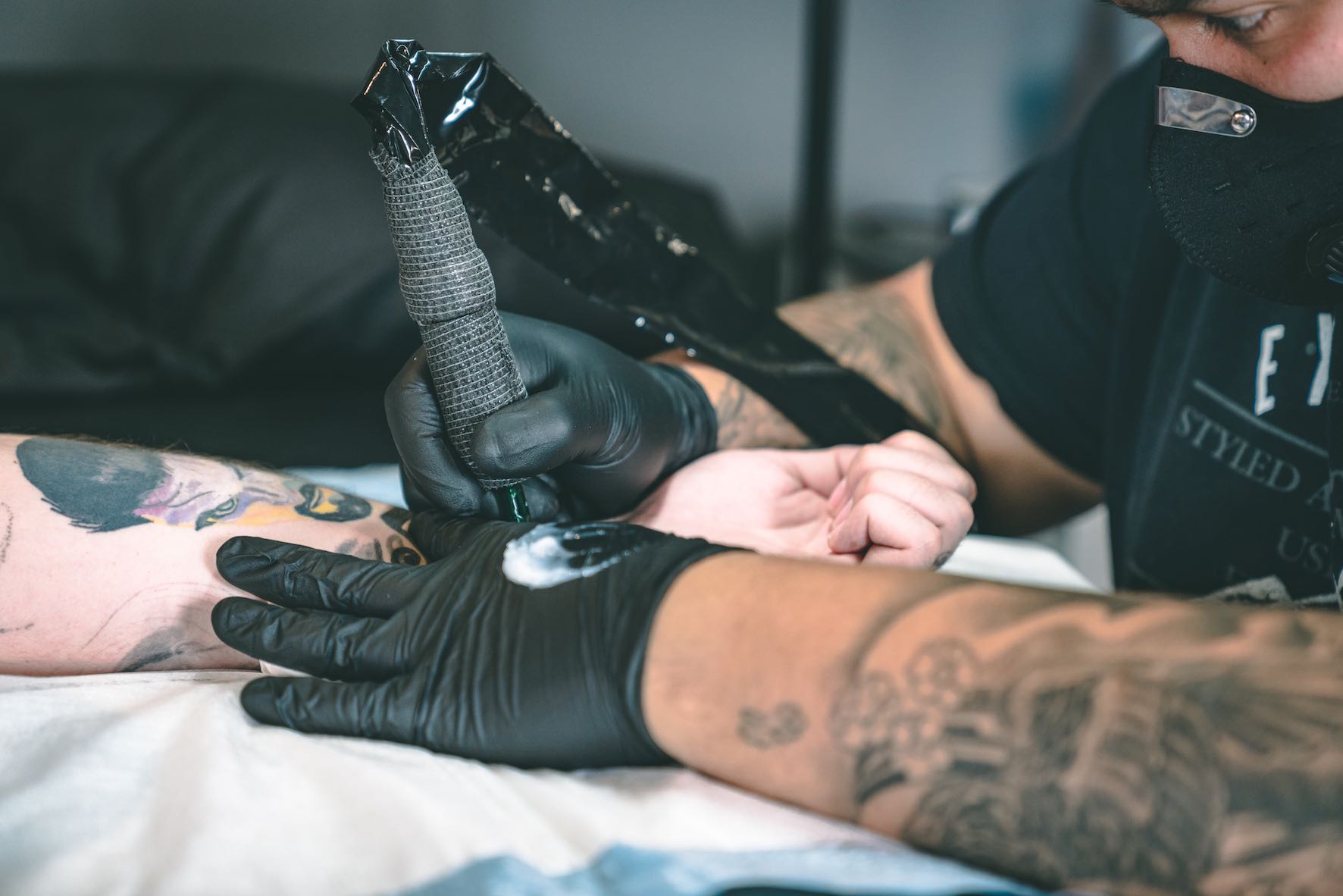 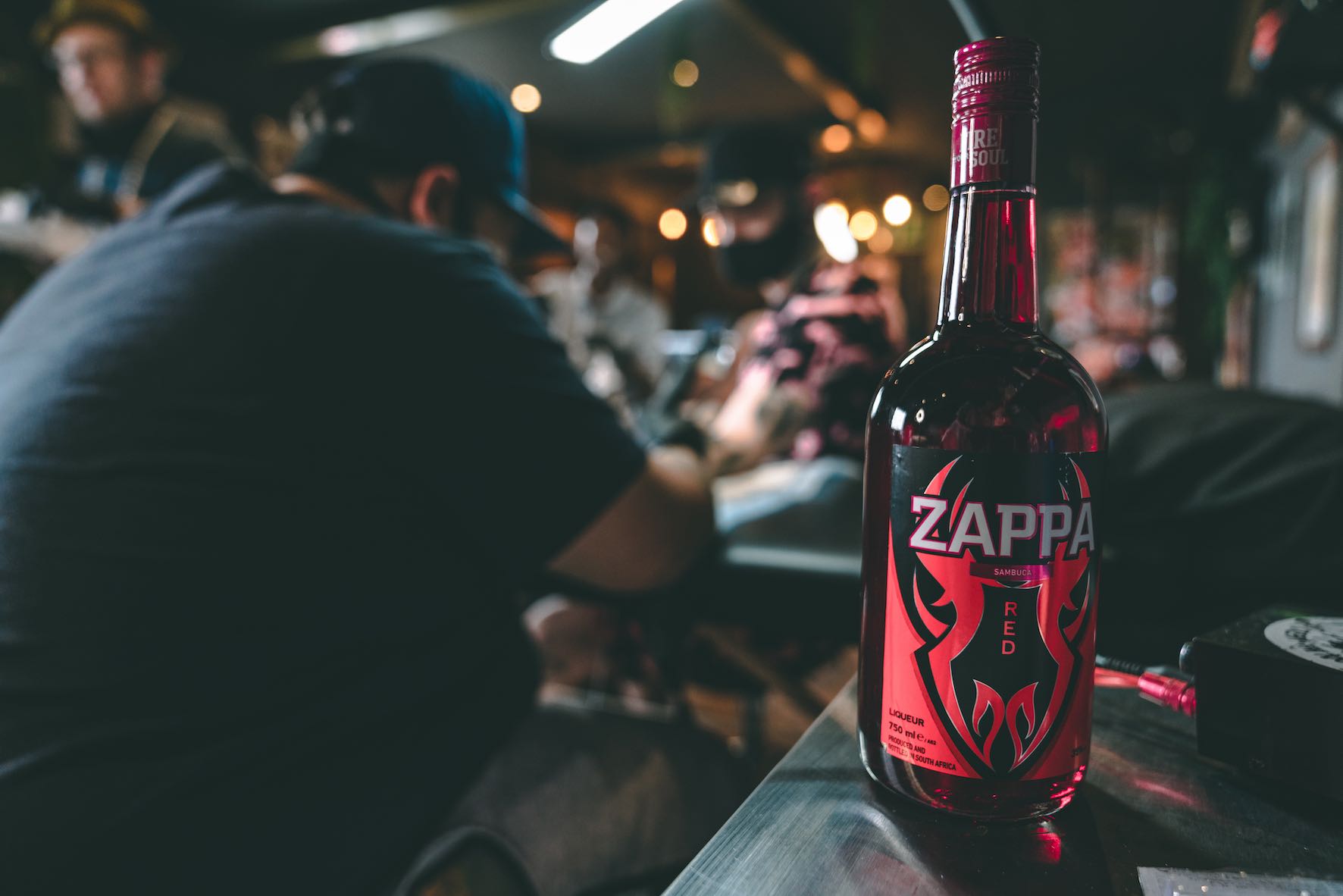 For anyone wanting to book an appointment with you, what’s the next step?
For bookings, mail through your enquiries to bigmike.tattoos08@gmail.com with a brief description of what you want to have done, size and placement included. Also a timeframe for when you want to be tattooed, and I will het back to you asap! 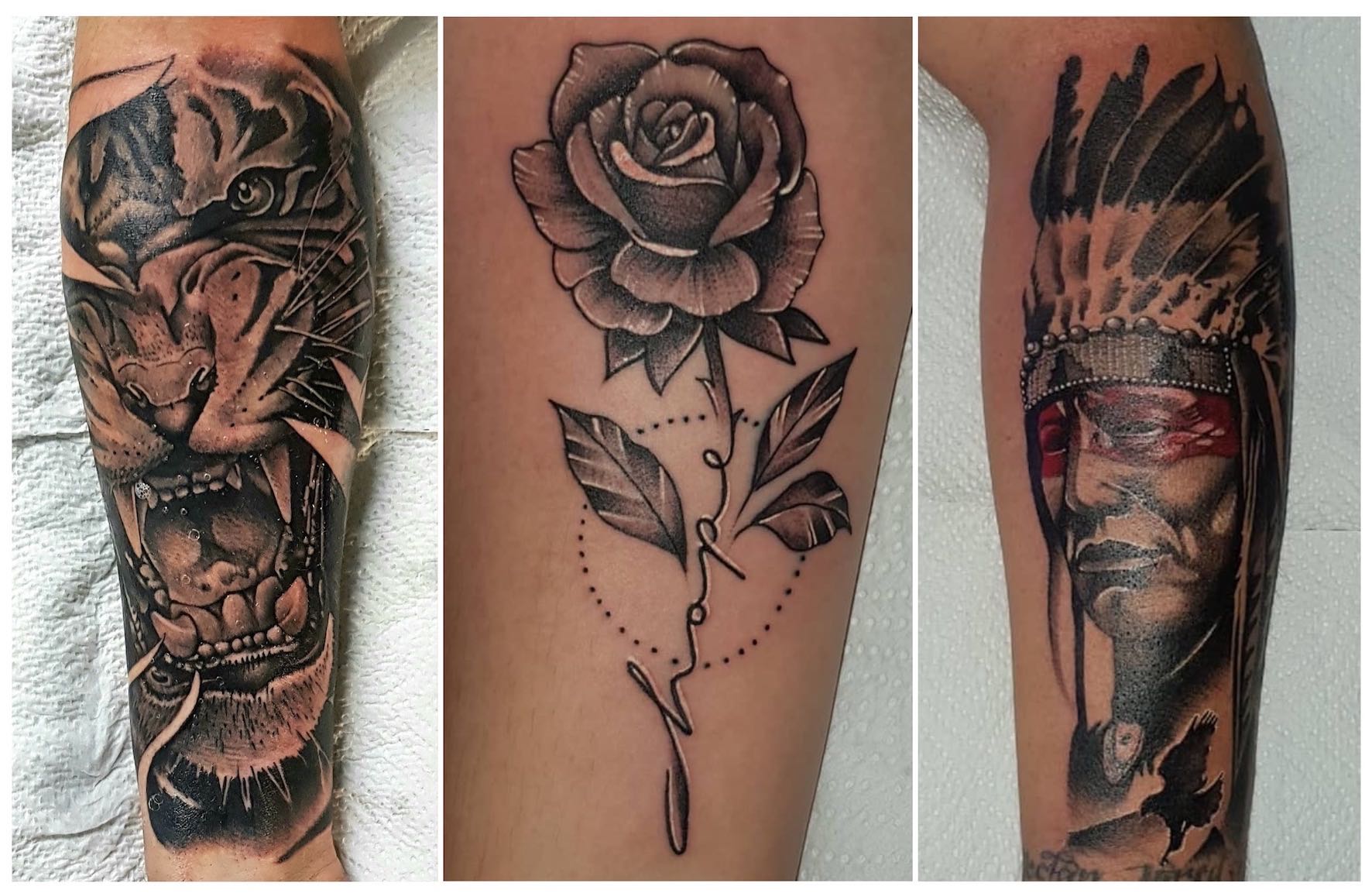 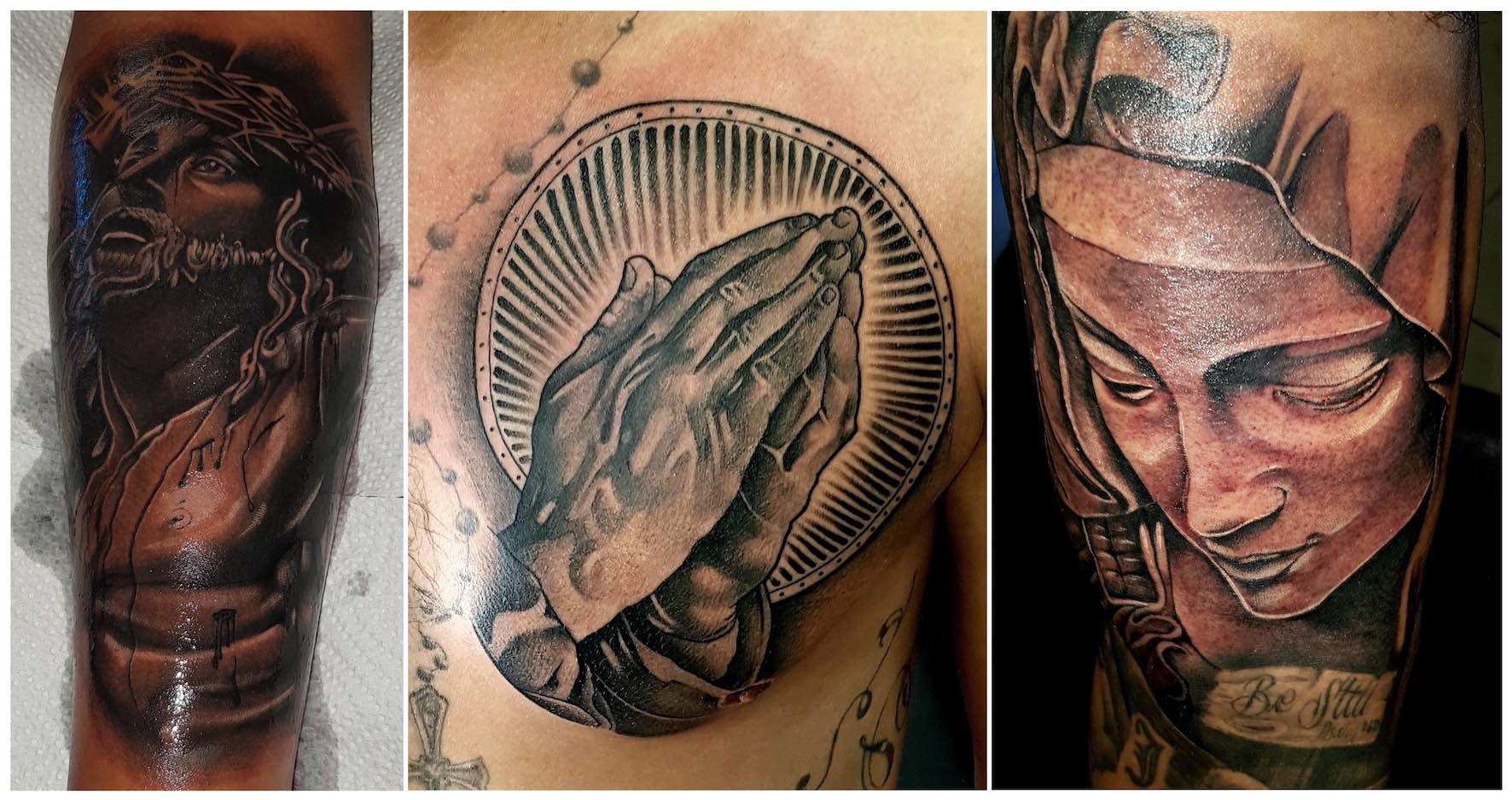 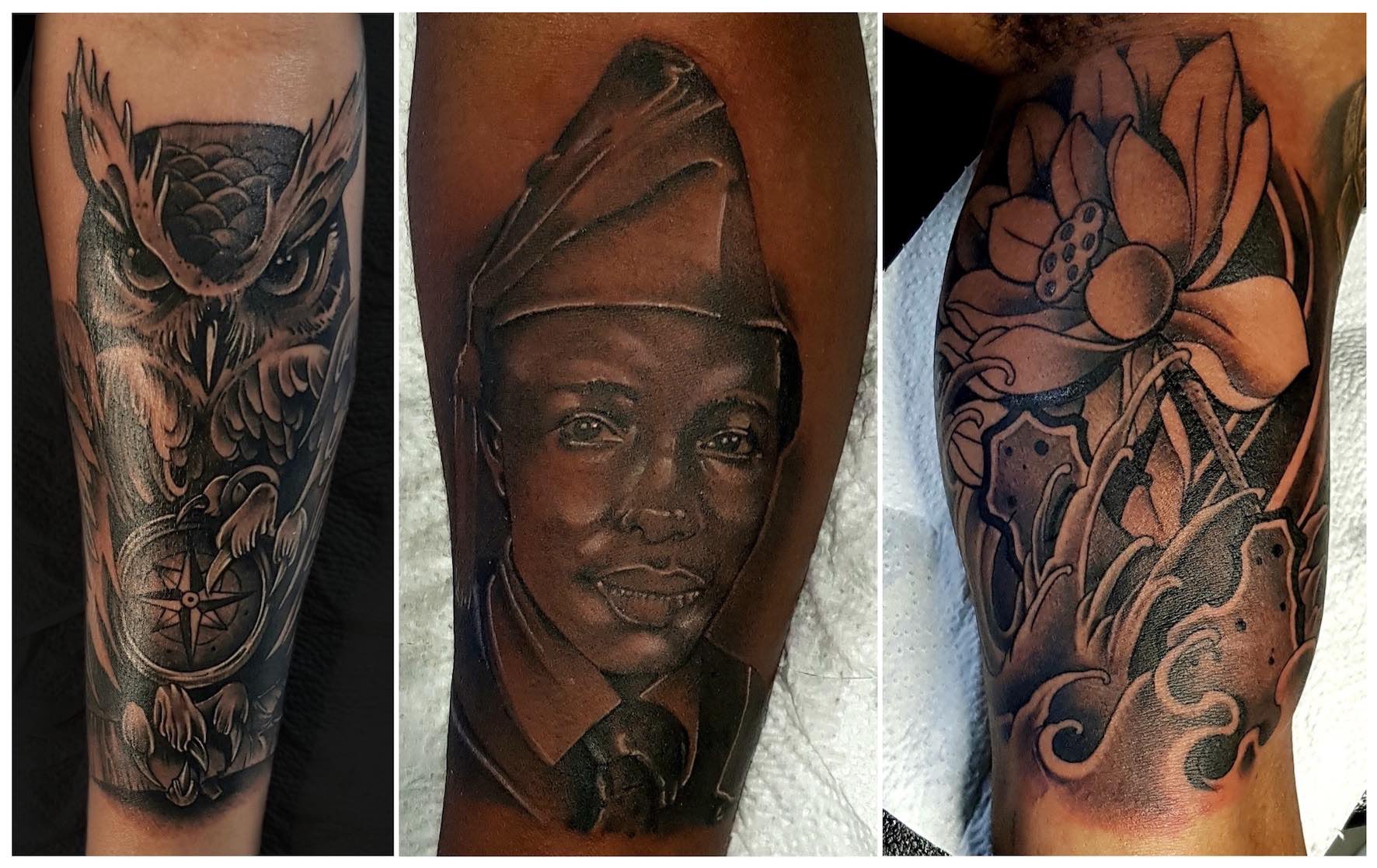 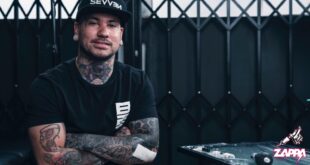 Matt Brandt is an artist that enjoys creating his own style of surrealism tattoos. To find ...