Murray Loubser – Shapes in the City

Presenting Shapes in the City featuring Murray Loubser. Watch as Murray is transported from the lecture room into an incredible BMX scene scape. Hitting never-before-ridden spots and utilising Cape Town’s city shapes and surroundings as the perfect street course.

Video, and exclusive interview with Murray discussing the project, the experience and more below…

For someone about to watch Shapes in the City for the first time, what can they expect?
I feel like every person will get a little bit of something different from the film, but for the most part you can count on a short action packed web edit portraying the City of Cape Town in a new light. Where you see shapes and lines that you naturally find in the City’s architecture, captured through the eyes of a talented film crew.

Give us some insight into how the Shapes in the City concept came about?
The concept came about in a very spontaneous manner. Wayne Reiche and myself have shot a bunch BMX related stills throughout our friendship, and as we shot more and more pictures in the city we began to notice that shapes of all sorts were popping up everywhere in the images we were taking. So we went ahead and pitched Shapes as a photo project to Red Bull.

How much time and planning went into this project, and when did you first start shooting?
We first pitched Shapes as a photo project to Red Bull about eight months before it kicked off. Next thing I knew my athlete Manager, Josh, was pushing it as a Red Bull Media house video project dubbed “Shapes In the City, which in turn lead to filming the documentary “Shapes”. 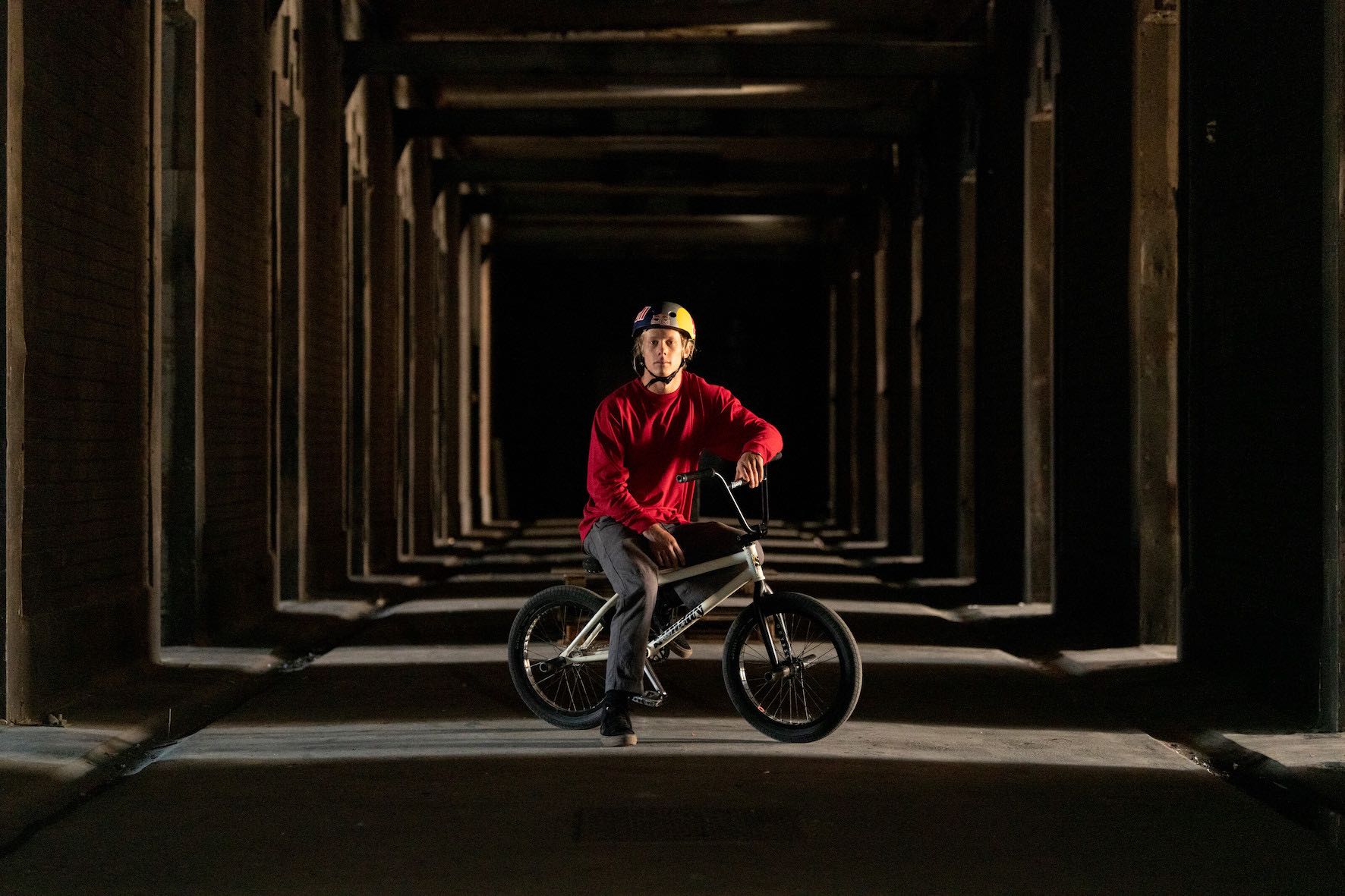 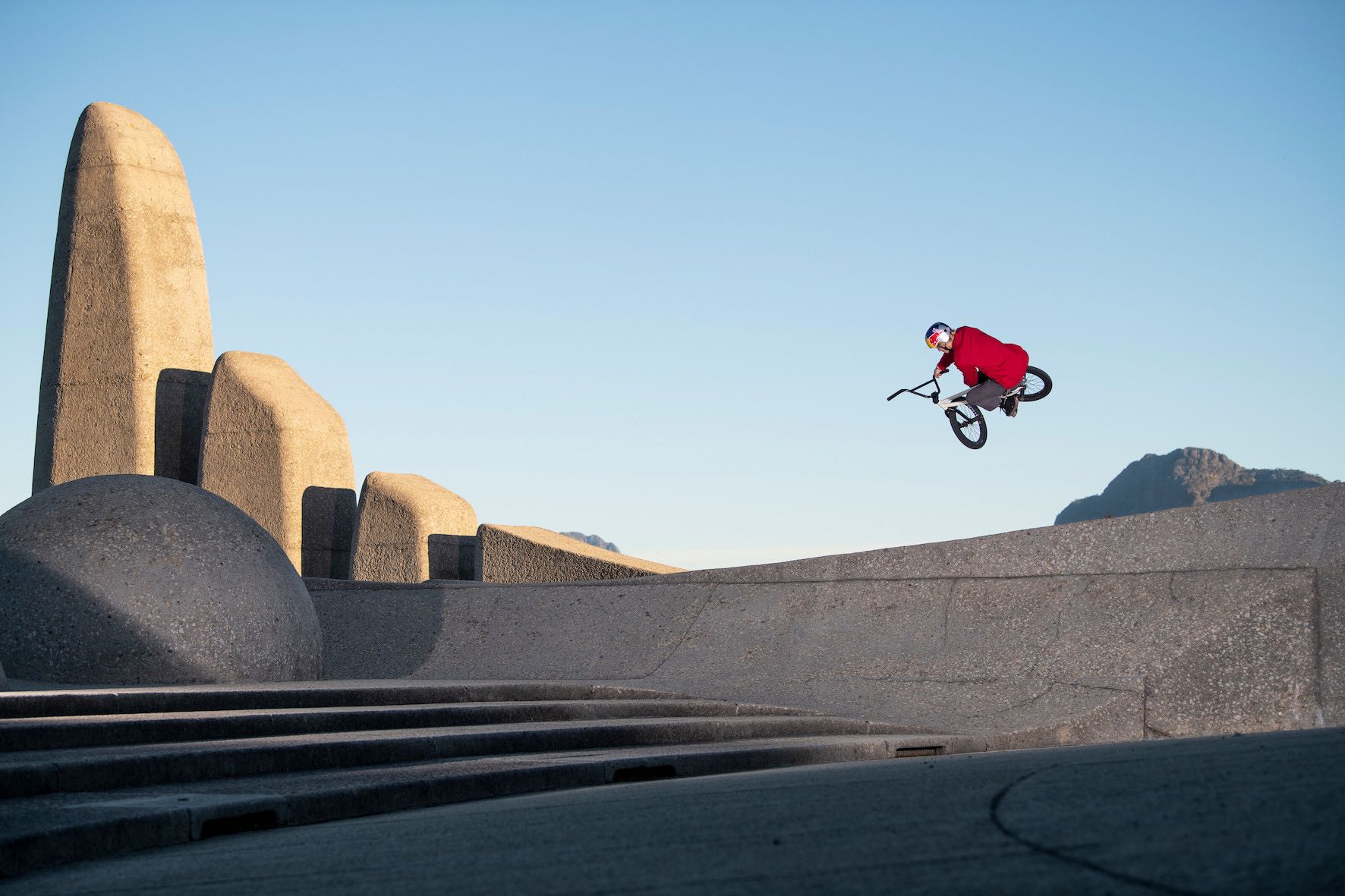 How long did it take to gather enough footage to complete the project?
A lot of planning went into this one. We had to scout locations in lockdown, which was challenging to say the least, get permissions for all locations, form a solid film crew, and prep spots before filming, plus a whole lot more. For the film itself we had five days to get from location to location and get all the filming done. Was a tight time.

What are your highlights of the final outcome?
I’d say the highlights were getting to create a very unique video piece in the BMX world with a crew of talented people. Also getting to ride spots that I would never usually be able to with out having permits. 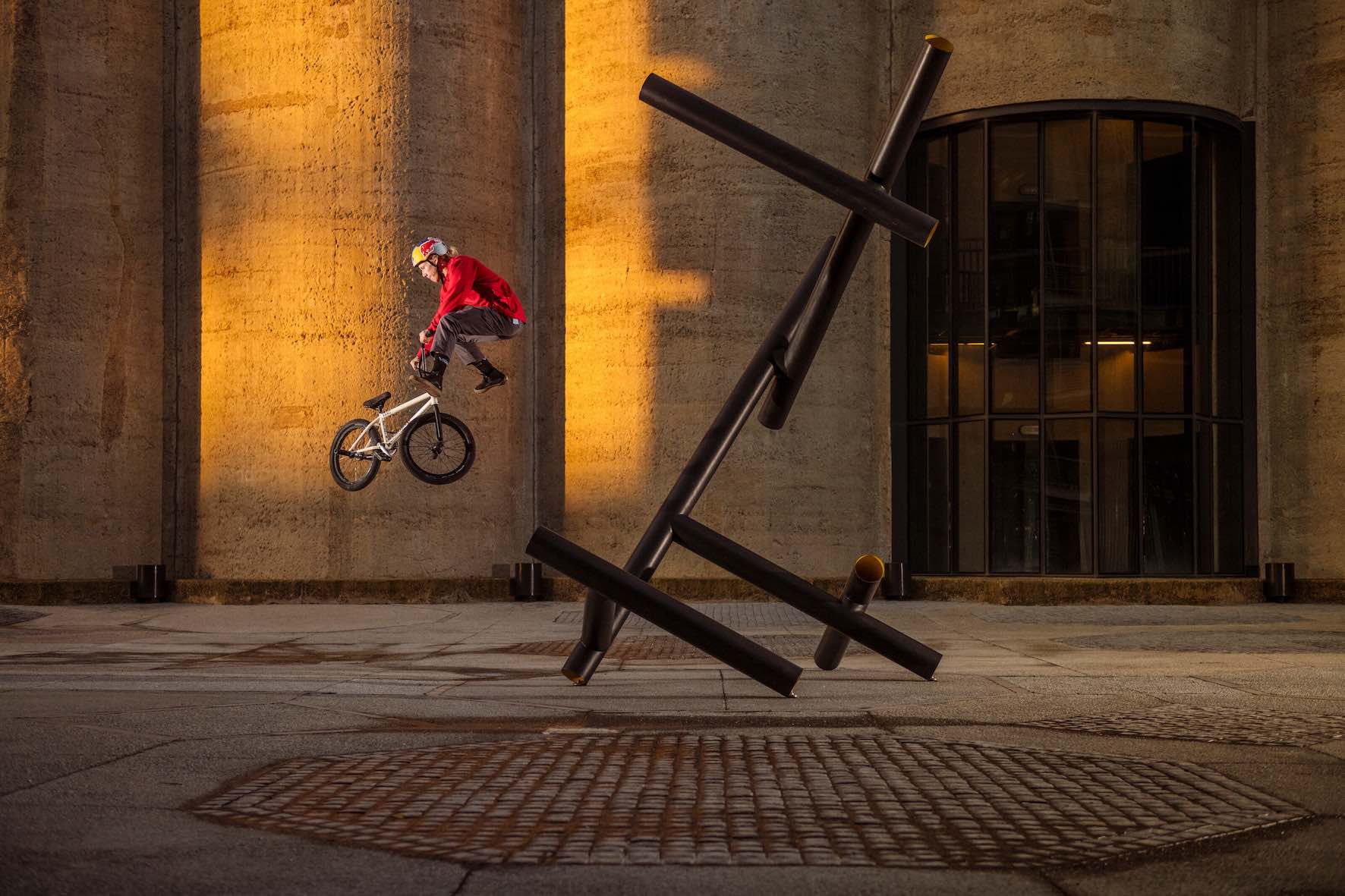 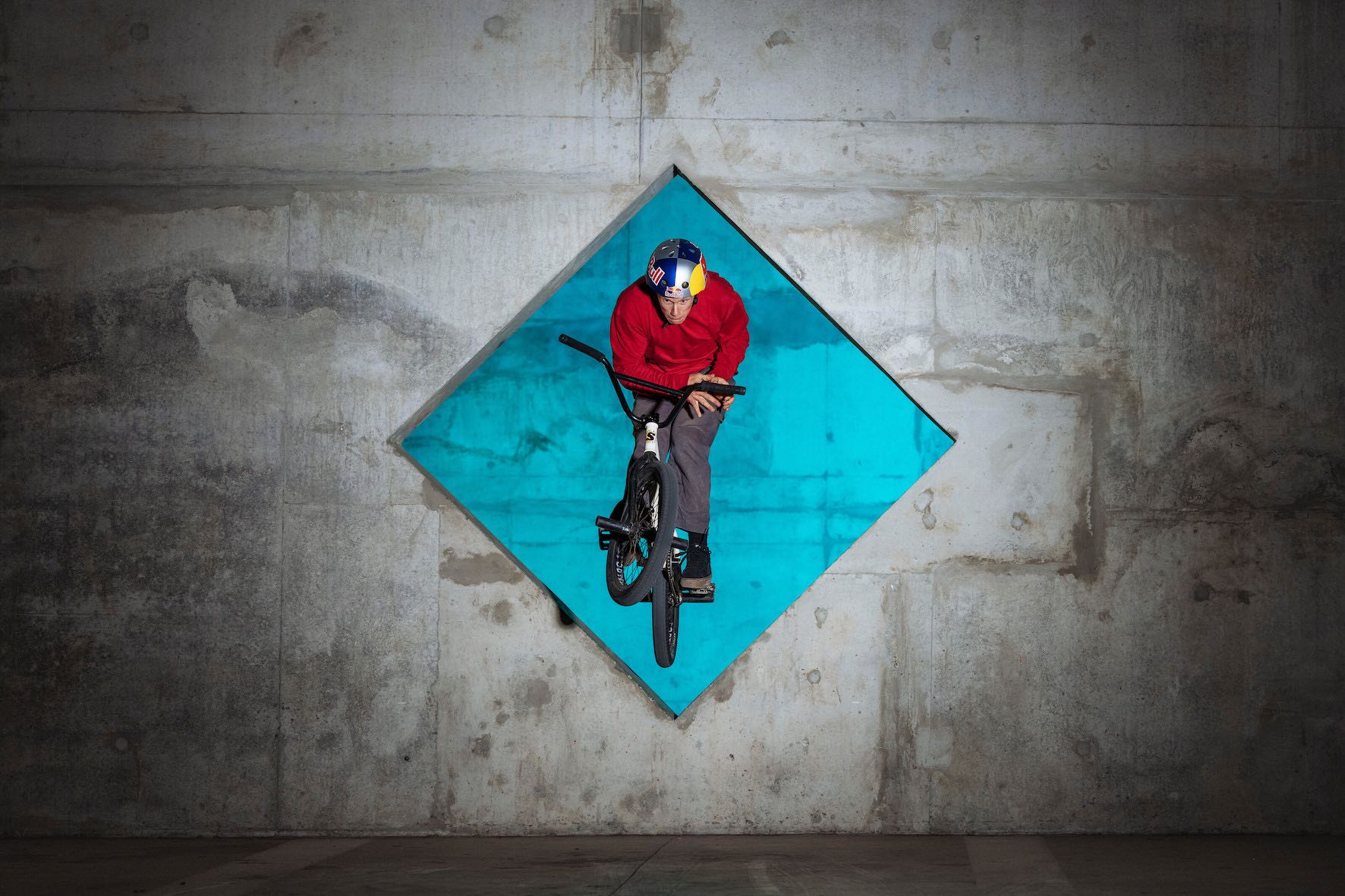 How would you best sum up the experience of shooting for this edit?
A roller coaster of emotions, that was jam-packed with early mornings, physical and metal battles, along with a load of stoke and happy times .

Which spot was your favourite to ride, and why?
The Cape Town Castles triangle for sure. It’s such an unreal spot, I honestly thought I’d never get to ride it. Had a bunch of fun riding it. 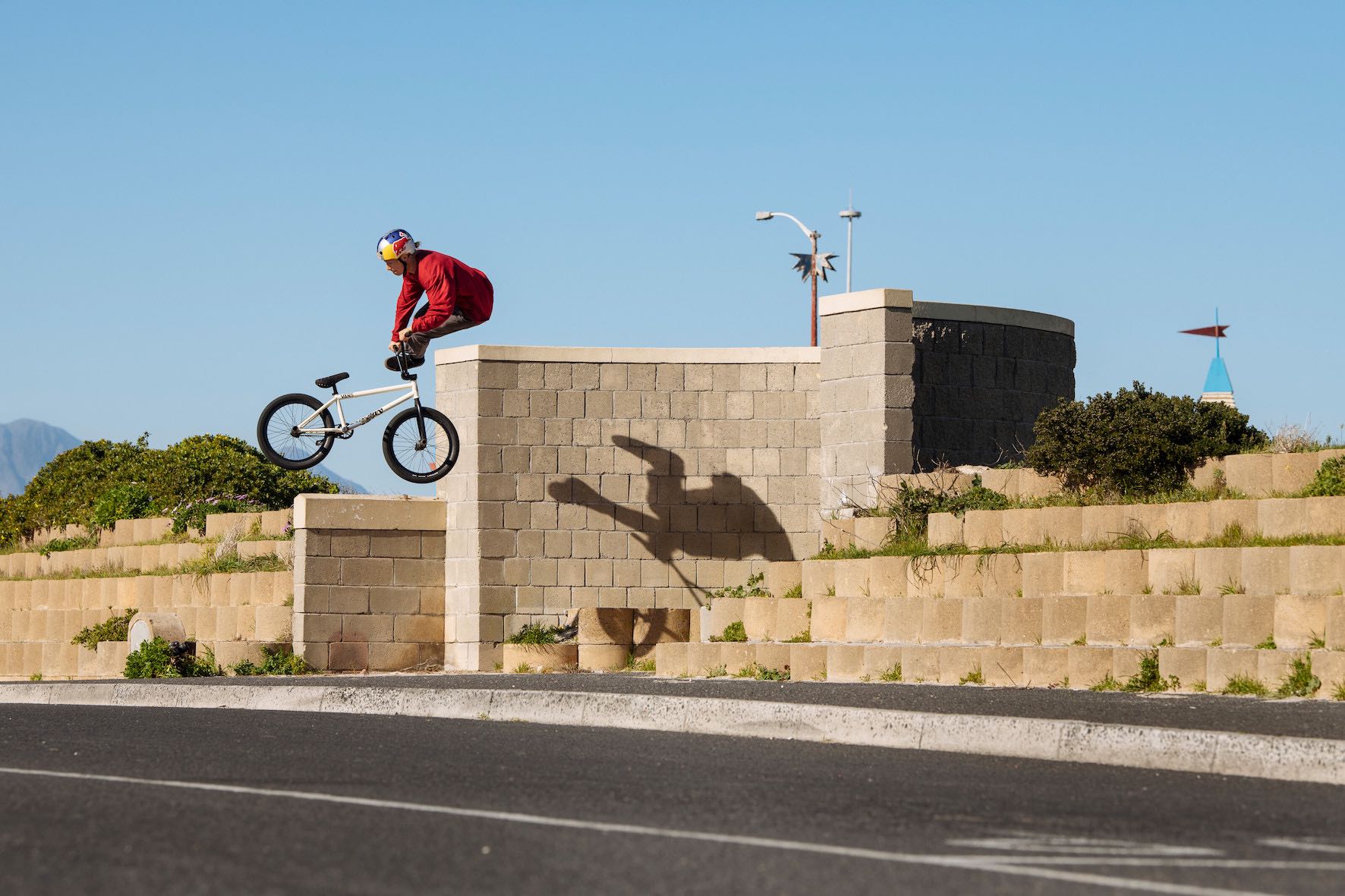 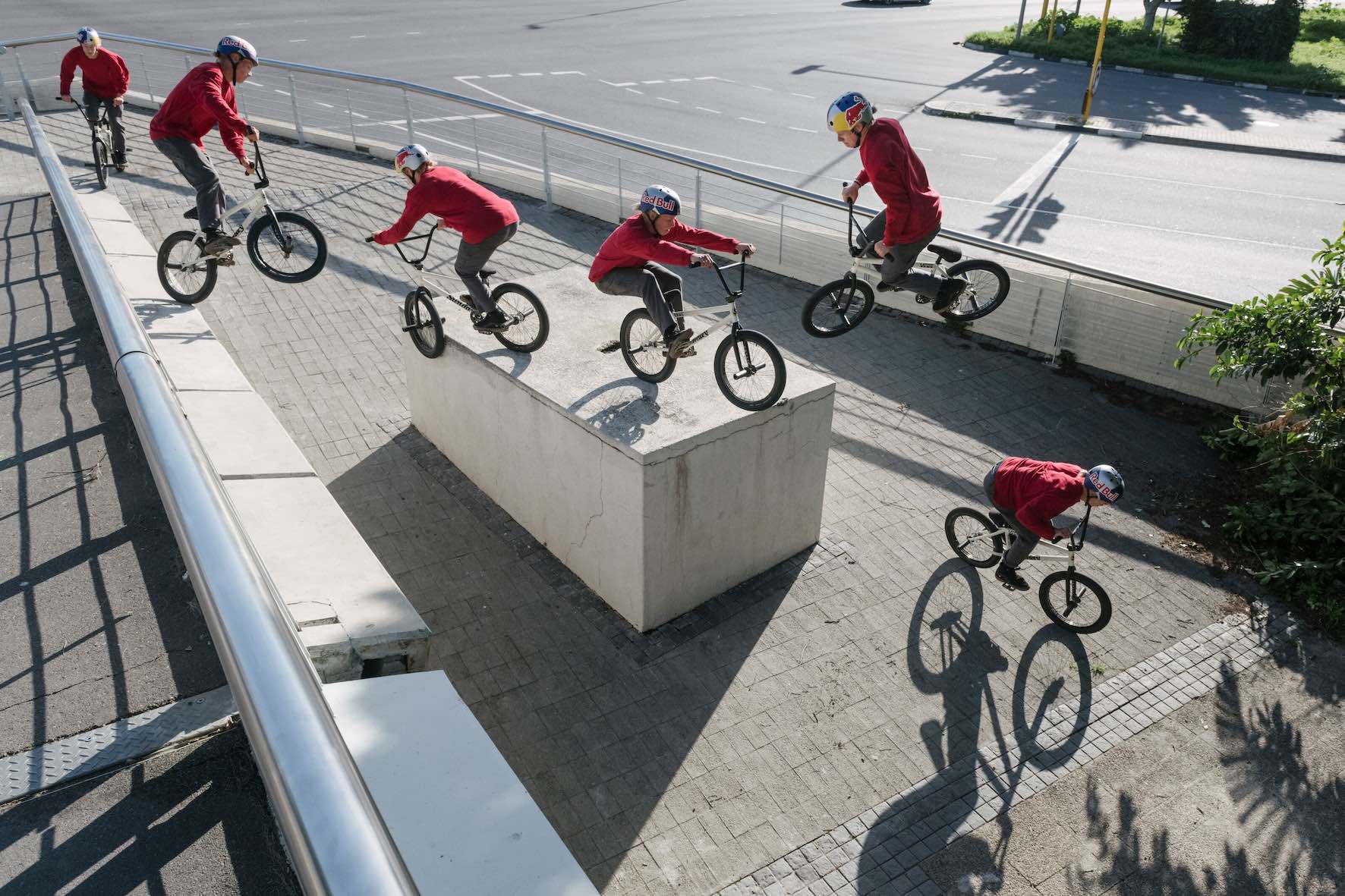 Which scenes proved to be the hardest to capture and get just right for the edit?
There was a fare amount of re-shooting, getting different angles and more solid landings. I’d say the tier ride on the Sea Point rail was the most challenging on the day, traffic and pedestrians were buzzing all round.

Which scene is your favourite?
I love the opening Paarl section, the black and white just does it for me.

When not riding and competing, what other hobbies do you have and what do you like to do with your downtime?
I’ve got a bunch of hobbies that keep me busy. I Surf a bunch, paint, and ride MTB bikes. I also love down time with the family and friends. 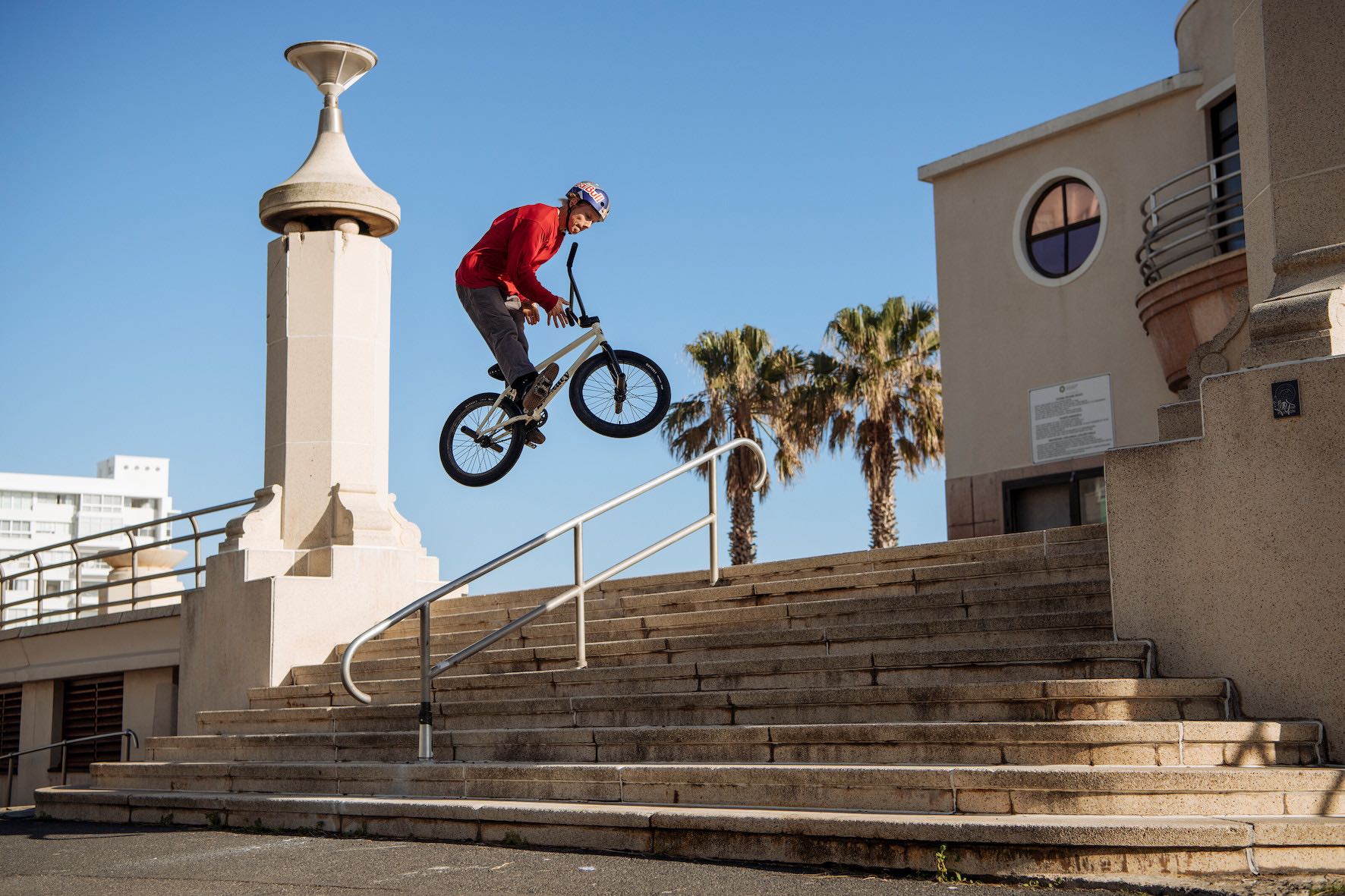 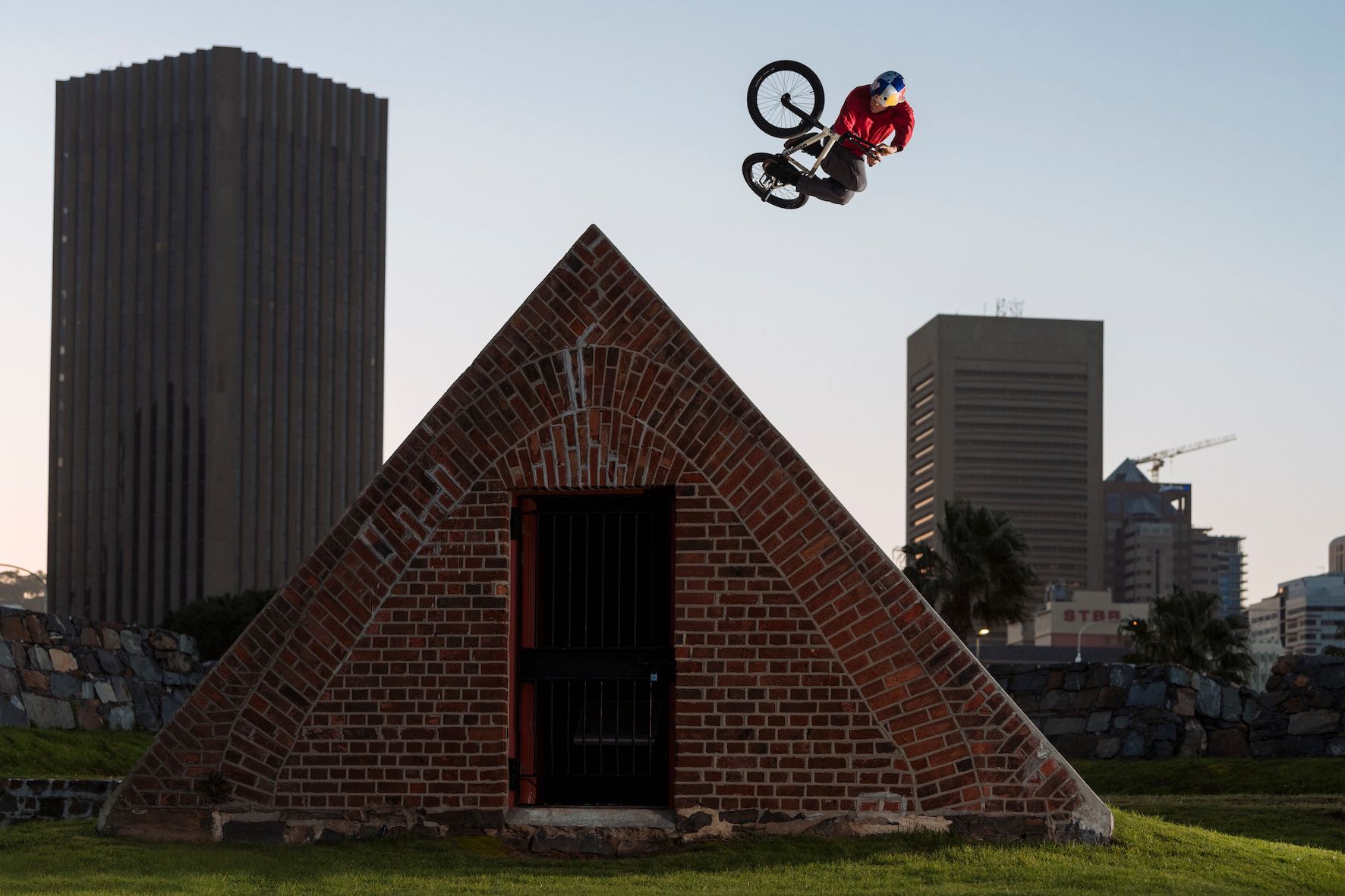 What does the sport of BMX mean to you, and where do you see it taking you in the future?
BMX has been such a big part of my life that I can’t really imagine what my life would be with out it. It’s helped me overcome fears, given me a stronger mind set in general, allowed me to travel the world in the most natural way I can imagine, given me friends around the globe, as well as life long memories I cherish. If it keeps on giving the way it has and I keep progressing the way I am I’ll be stoked. But, yeah, more filming videos sure.

What advice would you give someone starting out in BMX, that wants to follow in a similar path you have?
Head to your local skate park, chat to the riders there, (usually all the dudes are super rad), and most of all have fun with it. The sport is super addicting, so get involved. Also stay positive! Tricks aren’t all that easy to learn, things take time, so enjoy the ride. 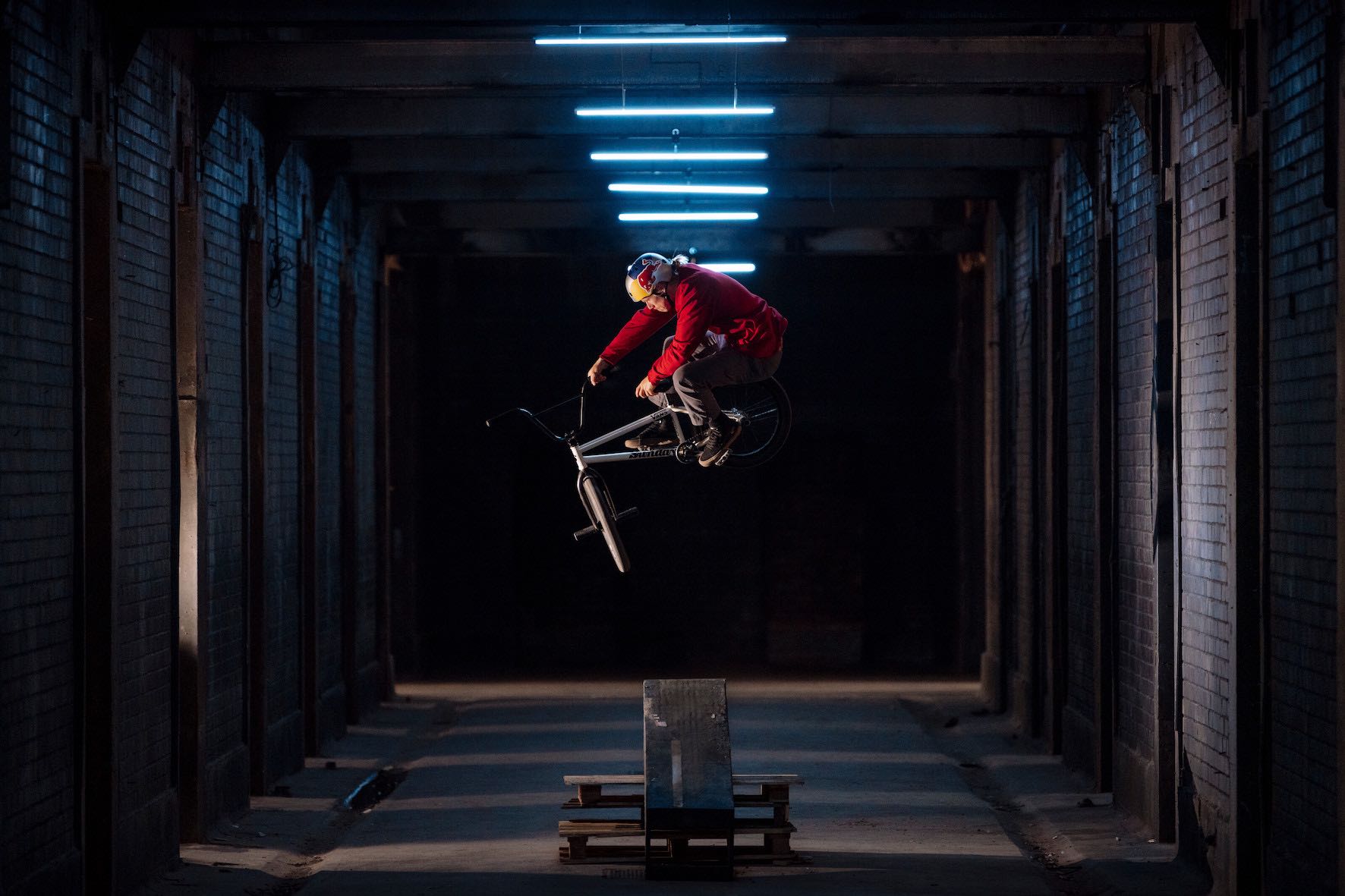 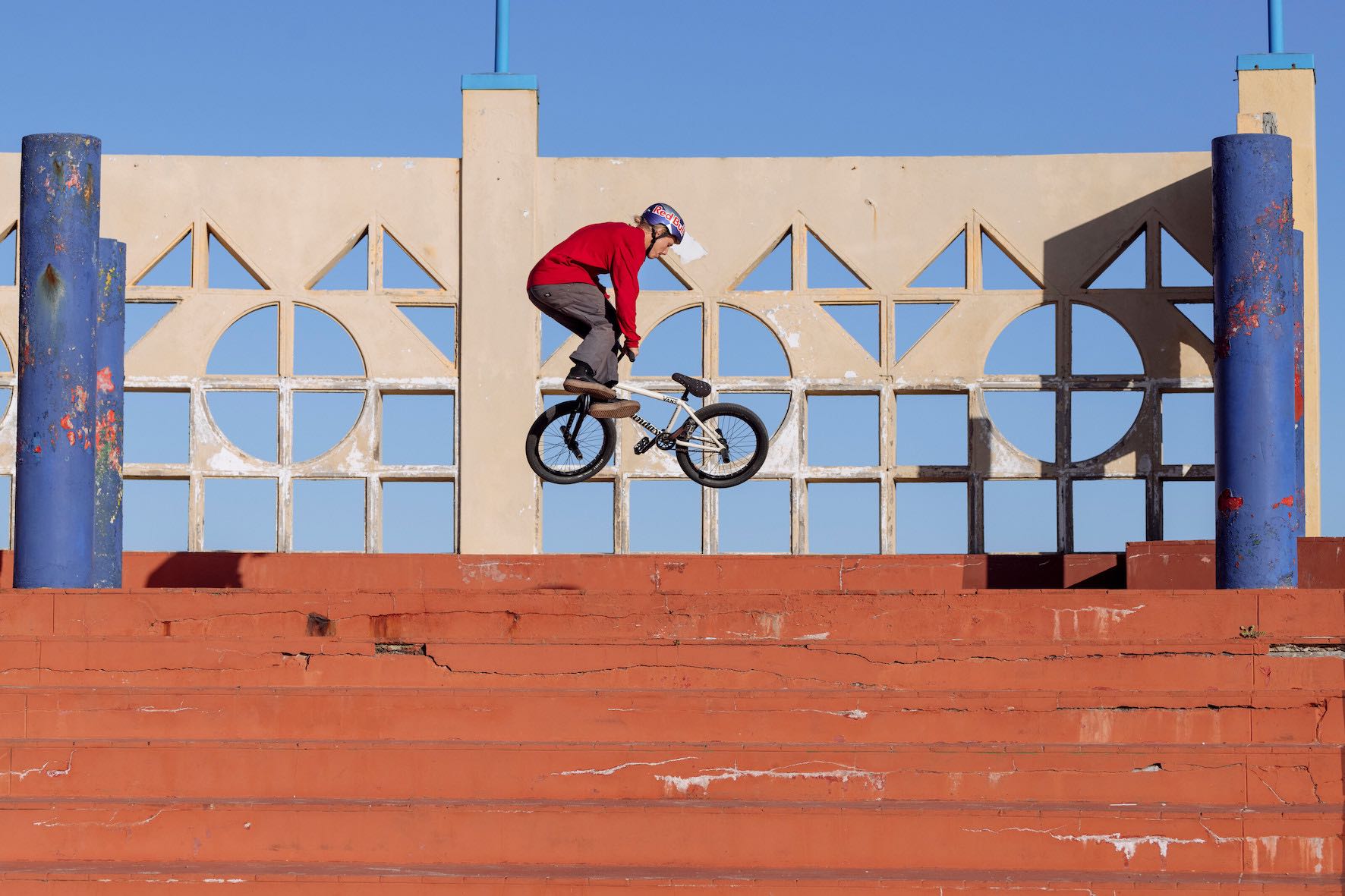 Take a behind-the-scenes look at the coming to life of this magical BMX project. Watch ‘Shapes” HERE.