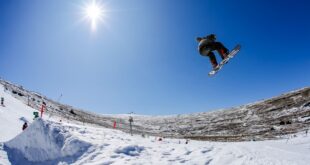 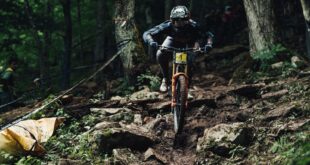 The Street Lines Skate Tournament presented by LW Mag and Dragon Energy Drink, in association with Dickies, Garmin and GoPro, took place over the weekend (Saturday 9 October), and witnessed 80 of the country’s top skateboarders battle it out for top honours and their share of the R40 000 prize purse. This coming off the excitement of street skateboarding debuting at the Olympic games earlier this year. 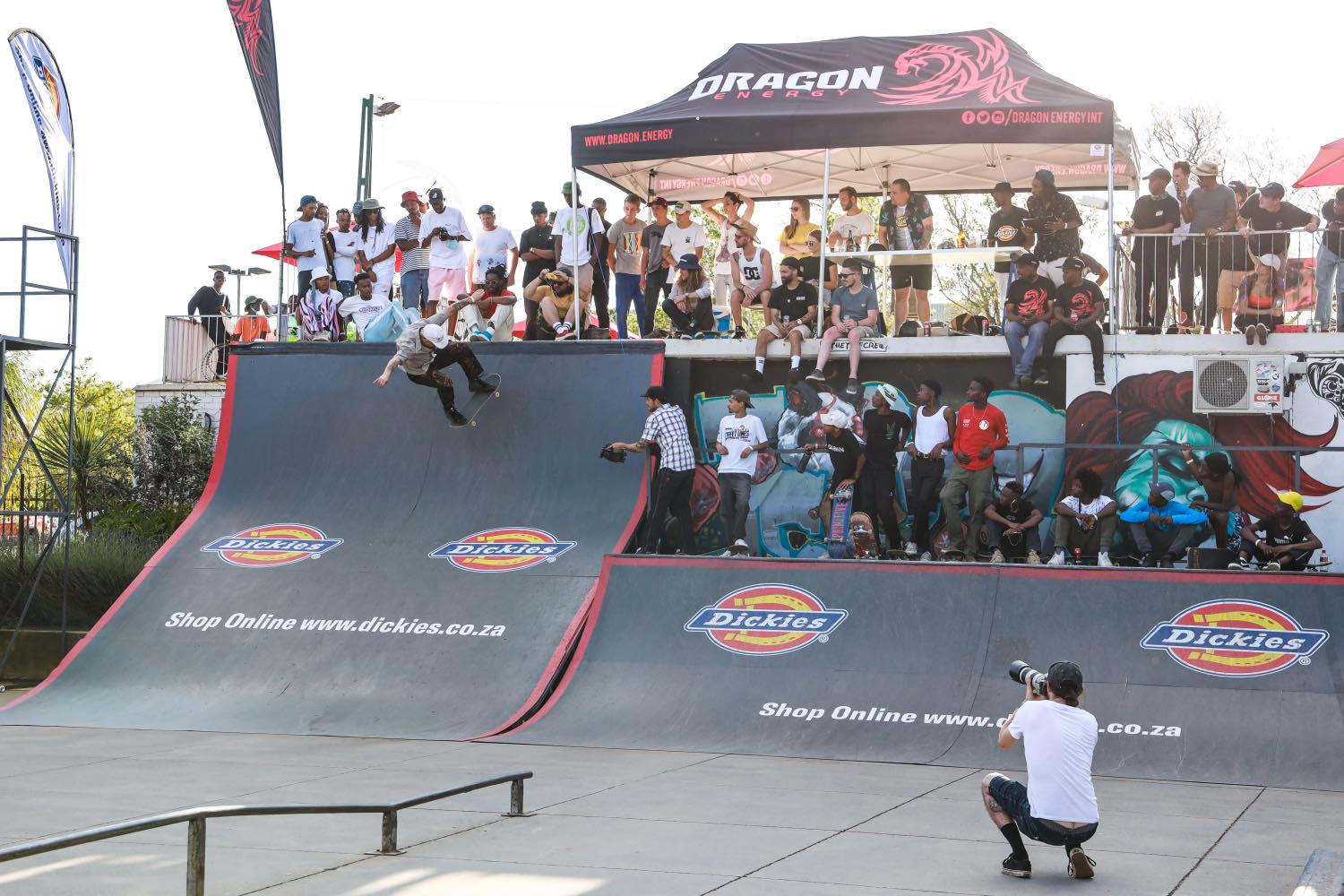 All the action went down at the infamous Thrashers Skatepark in Pretoria, Gauteng – a park that offers the competitors a variety of lines and obstacles to choose from and caters for the different styles and levels of skateboarding, which resulted in an excitingly diverse tournament. 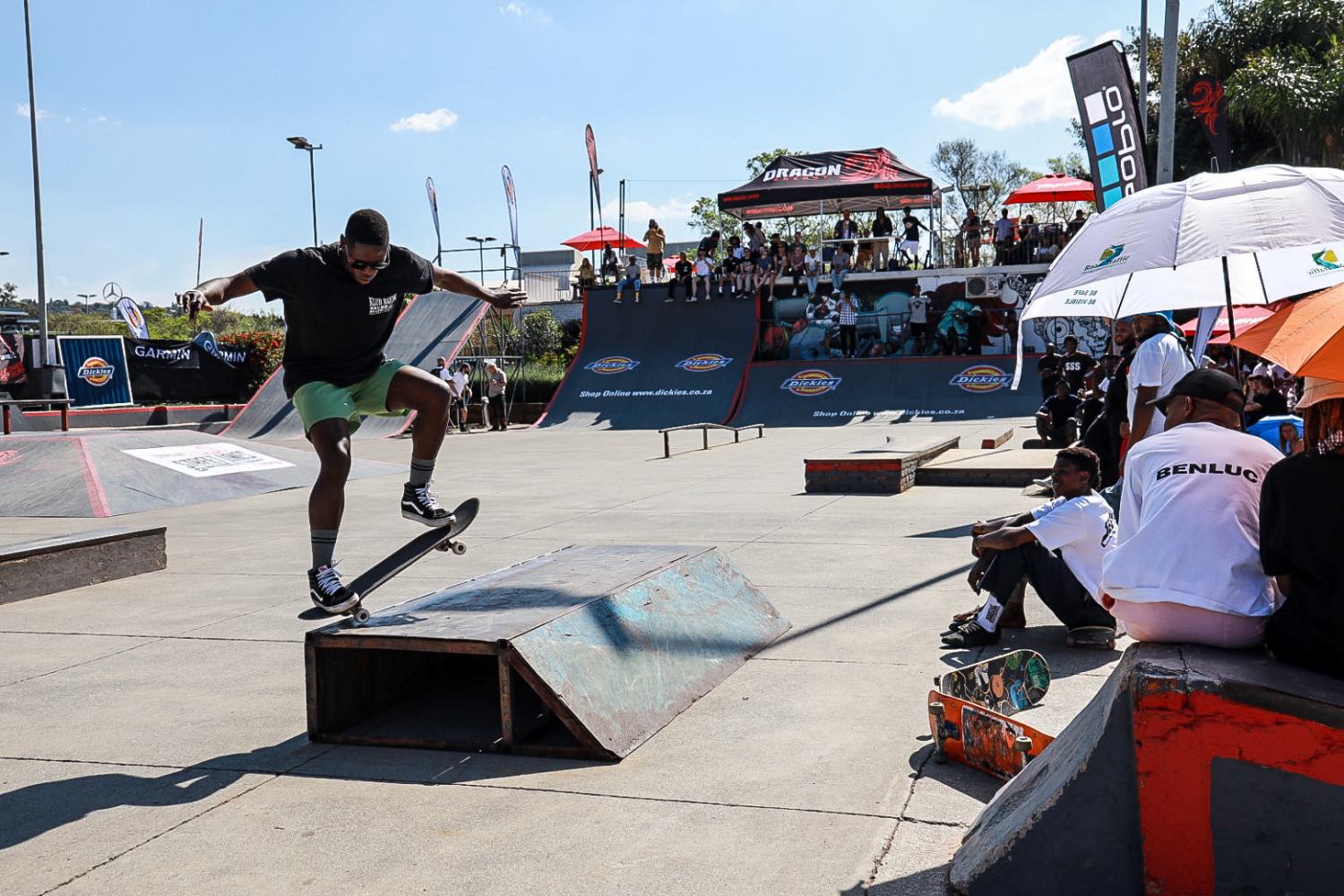 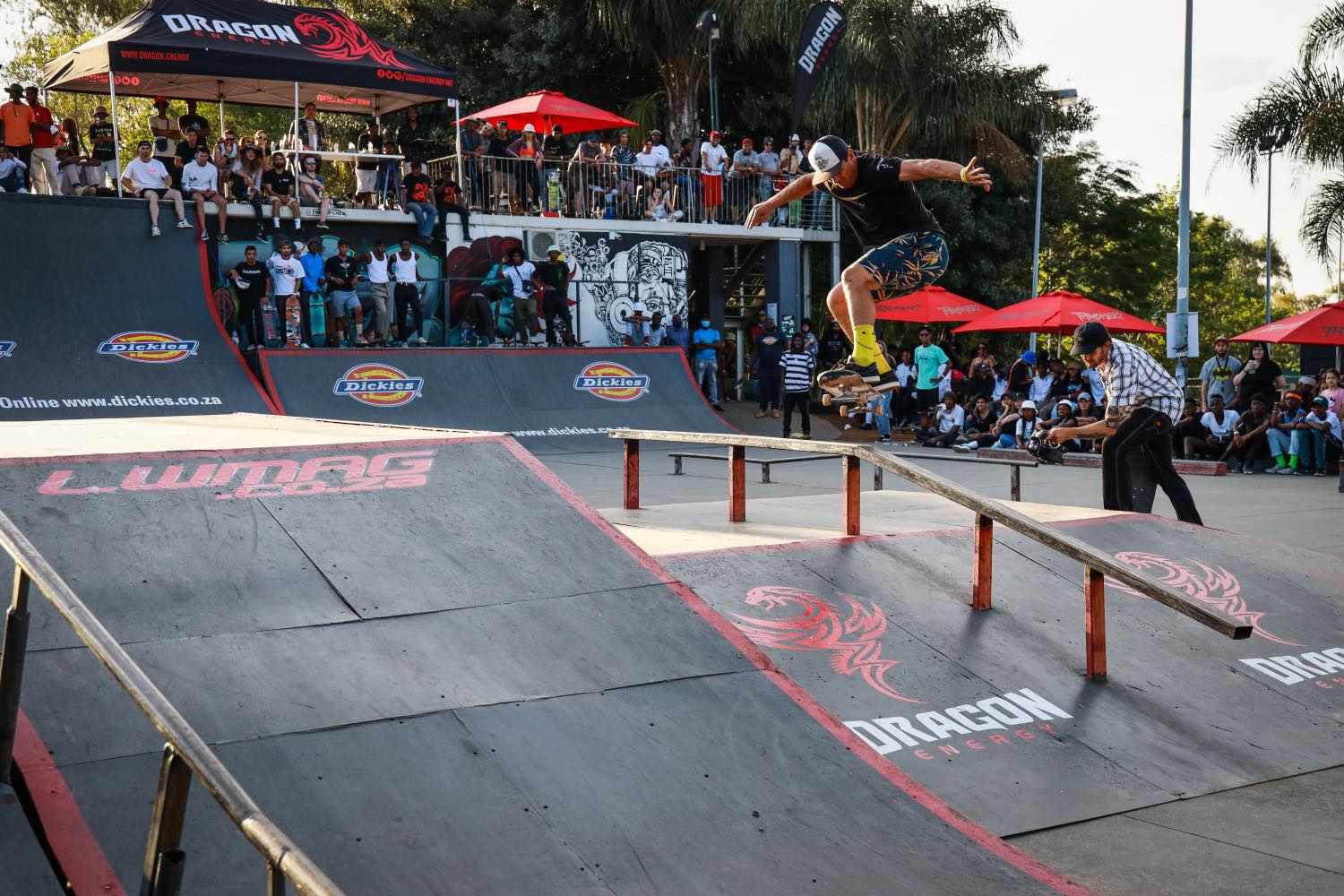 With a total of 20 athletes competing in the Women’s division and 60 in the Men’s division, the judges had their hands full as they took consistency, style, use-of-park and difficulty into account when making their selection of skaters advancing into the Finals, and podium positions. Through the qualifying rounds each competitor had two 45 second runs with the best run counting as their final score, and in the finals each had two 45 seconds and four tricks with the best run and the two highest scoring tricks accumulating as their final score. 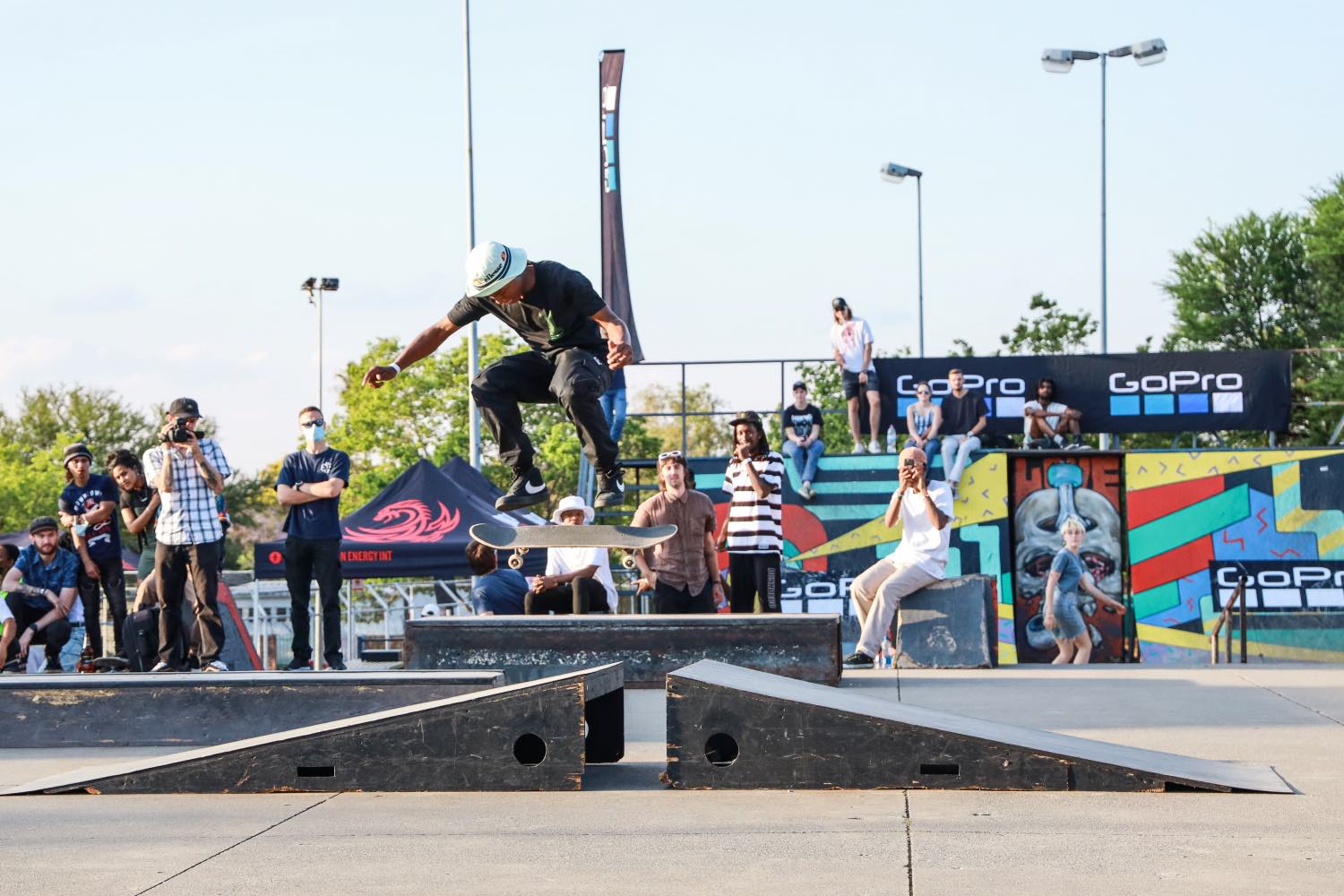 The Women’s division saw one of the biggest turnouts in local skateboarding competition, an exciting aspect for this growing division. Abi Claassen showed great promise scoring high in her qualifying runs, unfortunately she couldn’t put it together in the final and mistakes would see her finish in 5th place. Thato Moeng rode consistently and upped her game in the finals to finish in 4th place.

Olympic skater, Melissa Williams finished in 3rd place with runs featuring Frontside Rocks on all the quarter-pipes, high Ollie’s over the fun-box and steezy Tailslides across the slappy curve. 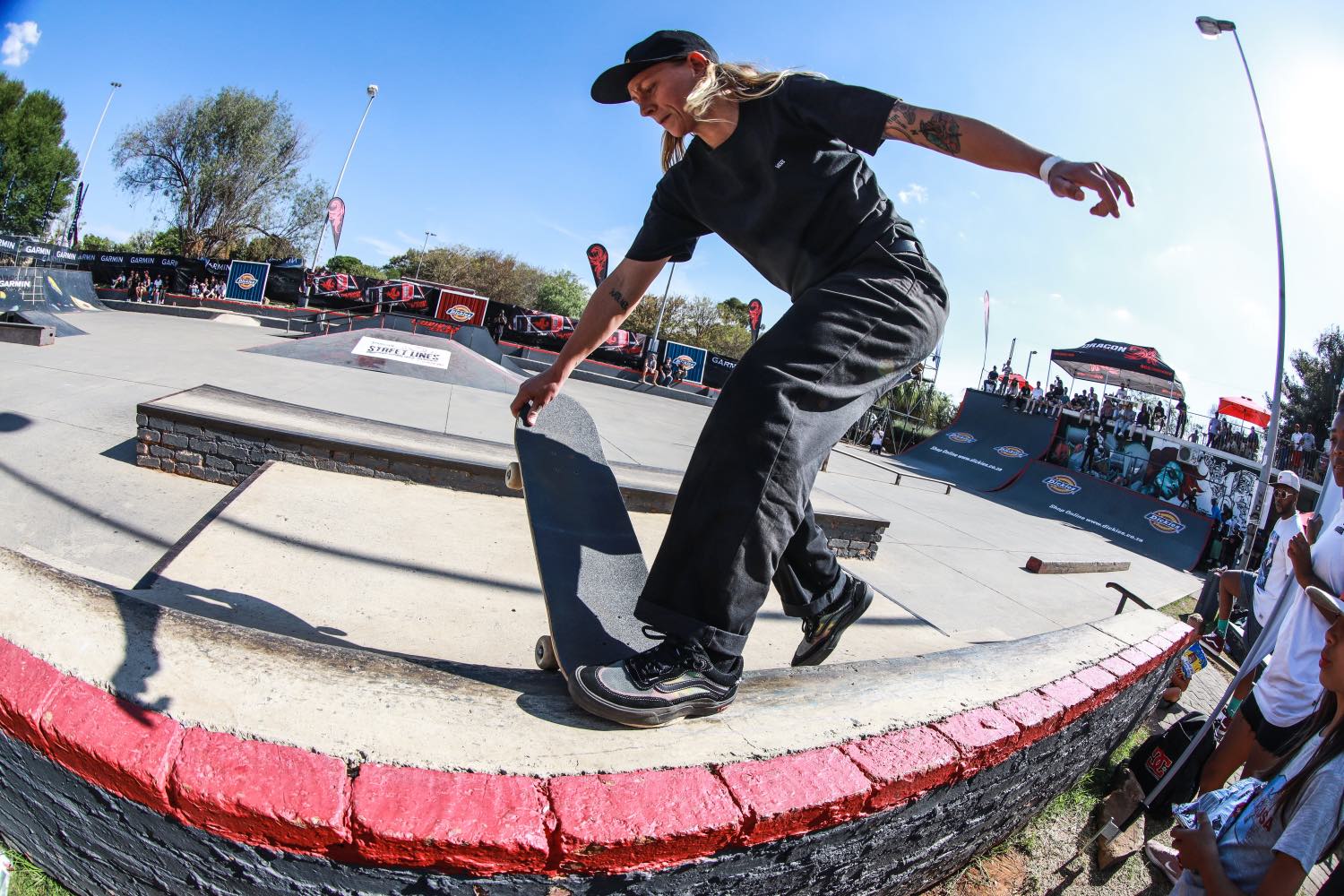 Natalie Bramley impressed the judges with her variation tricks like the Nollie 360 Shuv on the bank, Frontside Boardslide on the rail and Noseslides on the ledges to claim 2nd place. 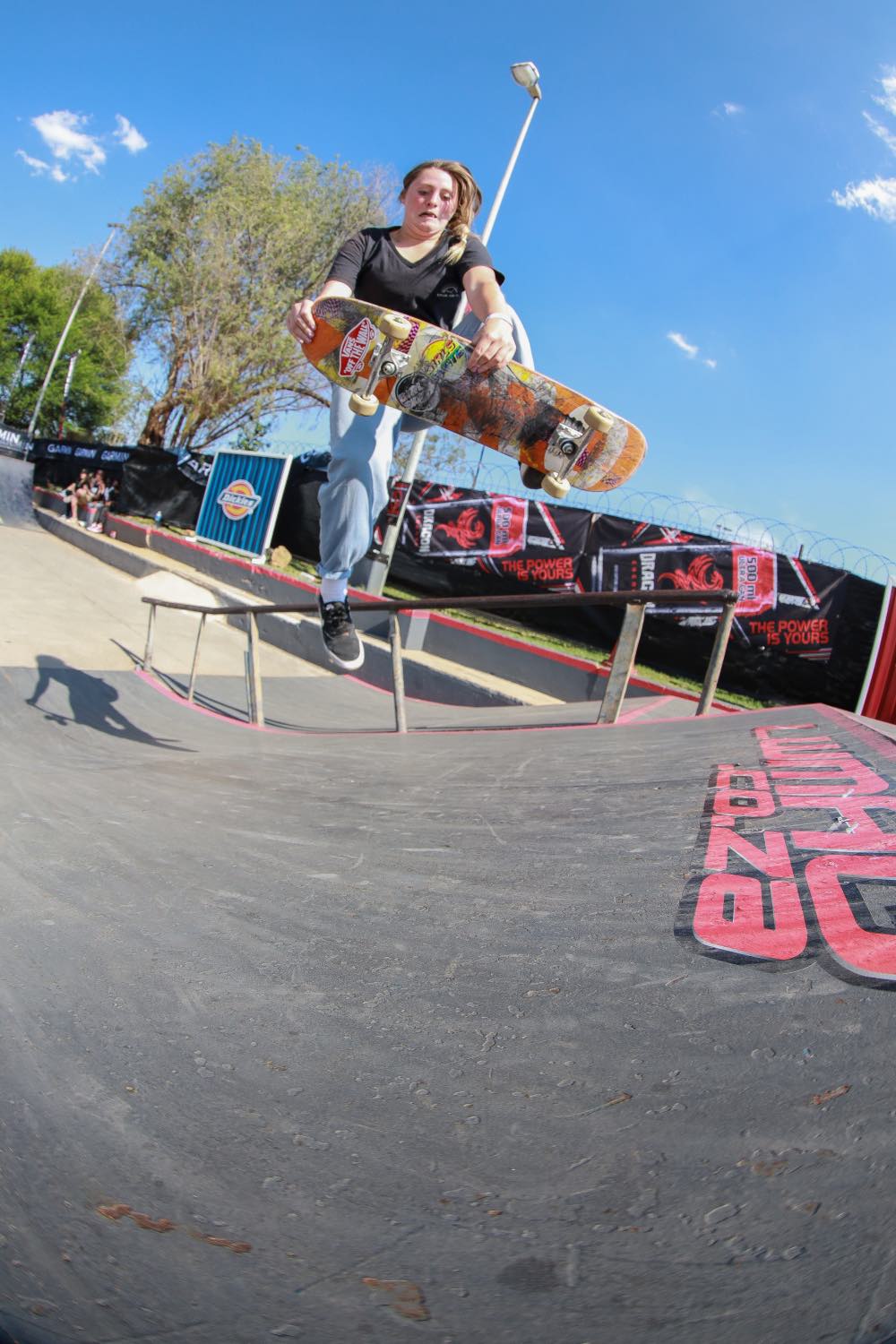 Another Olympian, Boipelo Awuah dominated the field throughout the qualifying and finals with her super consistent skating touching every obstacle in the park. Stacked runs with tricks like a Boardslide down the rail, Noseslide on the ledge, Kickflip and Switch 180 over the kicker-to-kicker, 50-50 down the hubba, Backside Ollies and Backside Heelflips over the hip put her on the top step of the podium. 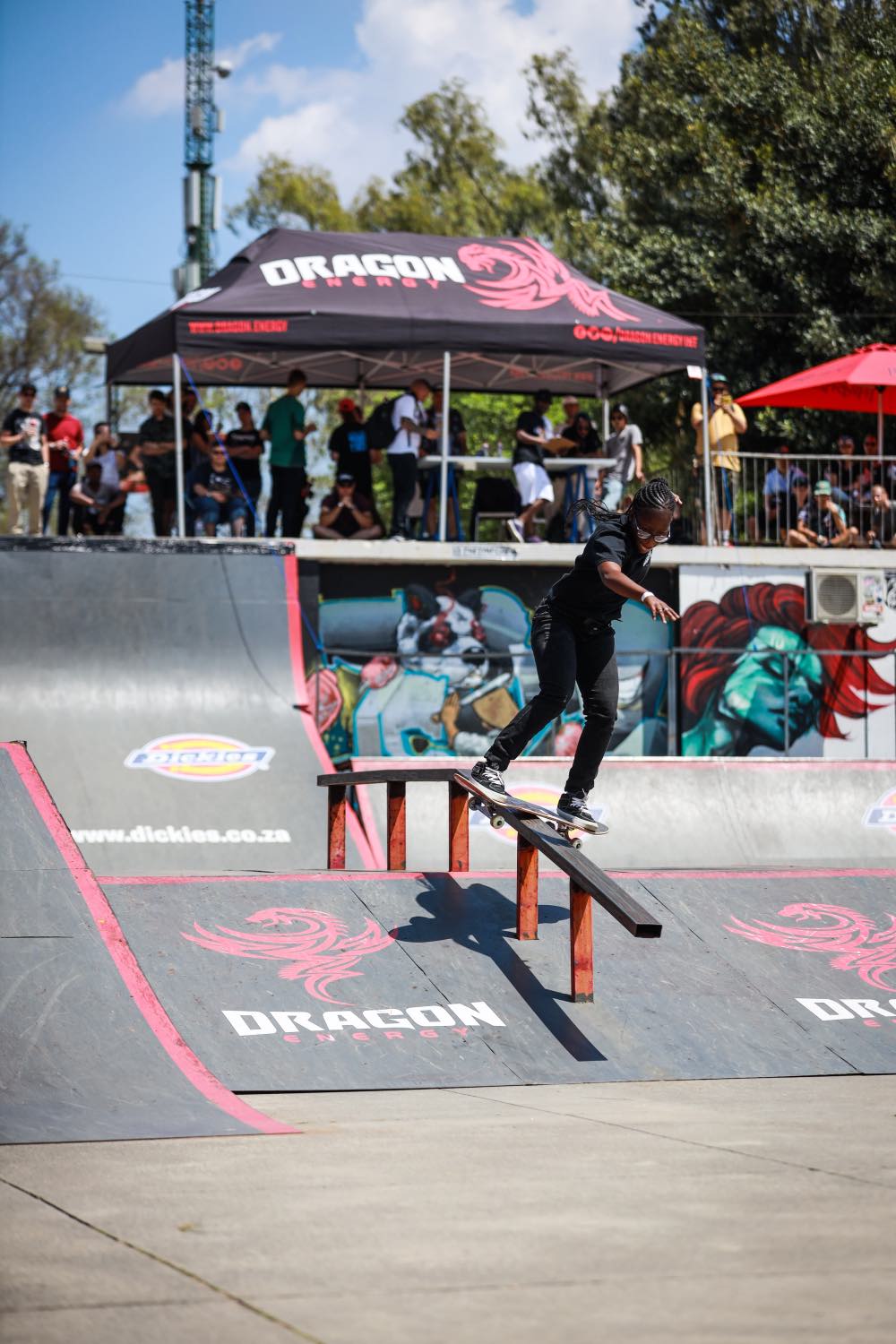 A strong field of Men’s skaters went head-to-head in the qualifying rounds with the top 15 making it through the final. It was a closely fought battle throughout the final heats as fans were left screaming for their favourite’s as big trick after big trick were landed. It was close call between Trae Rice (one of the more experienced contest skaters) and Siye Matshalilange (a talented up-and-coming skater) as they battled for the 4th and 5th place, placing in those positions respectively in the end.

The always in contention Khule Ngubane had solid runs and tricks with a Kickflip Fronstide Boardslide and Backside 270 Boardslide down the rail, a Tre Flip and Backside 360 over the hip and a Nollie Noseslide Bigspin on the flatbar to slot into 3rd place overall. 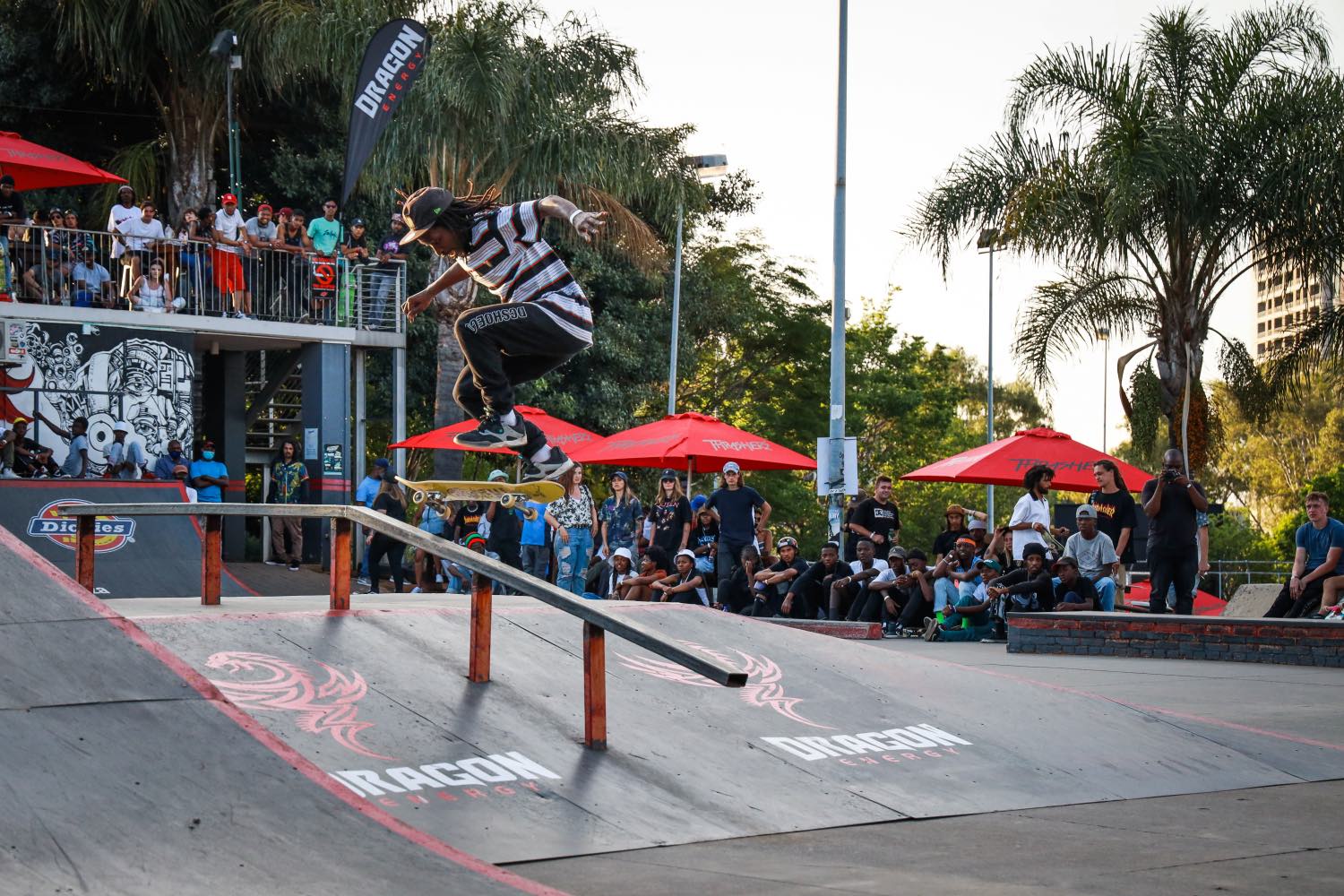 Devandre Galant was the most consistent skater throughout his runs nailing trick after trick to the roars of the crowd, but was let down by the trick segment of his heats. He opened his runs with a huge Ollie out to Lipslide followed by a Backside 180 Switch 50 on the ledge, a super clean Backside 360 over hip and a variation of technical tricks on the ledge to finish in 2nd place. 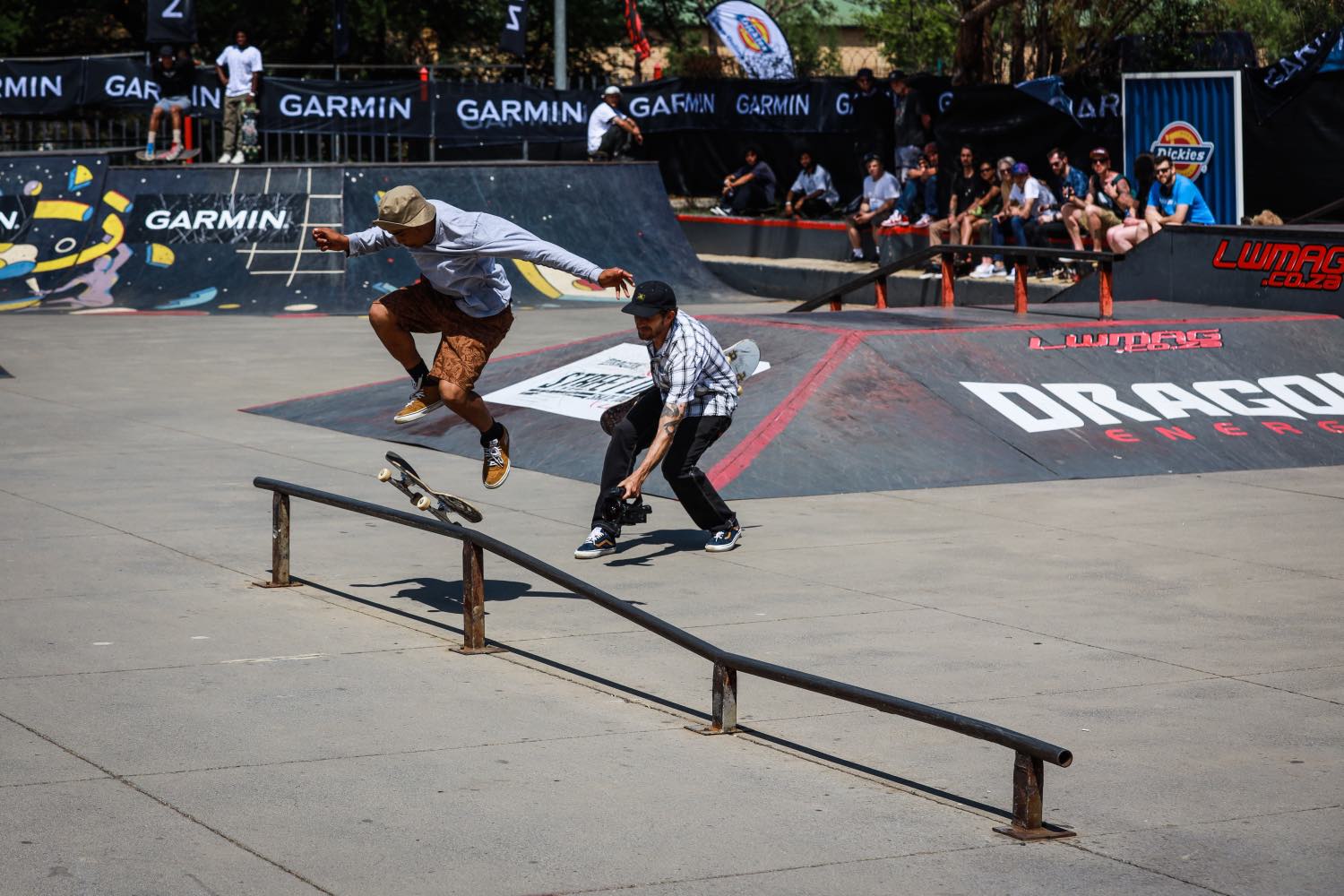 Ethan Cairns stepped it up in the finals and skated amazingly well through his run and trick segments with Back Smiths on lock, a Frontside 270 and Kickflip Frontside 50-50 down the rail, Frontside Feeble, Backside Tailslide on the grind ledges and a huge Front Shuv down the 8-Stairs to claim the overall victory. 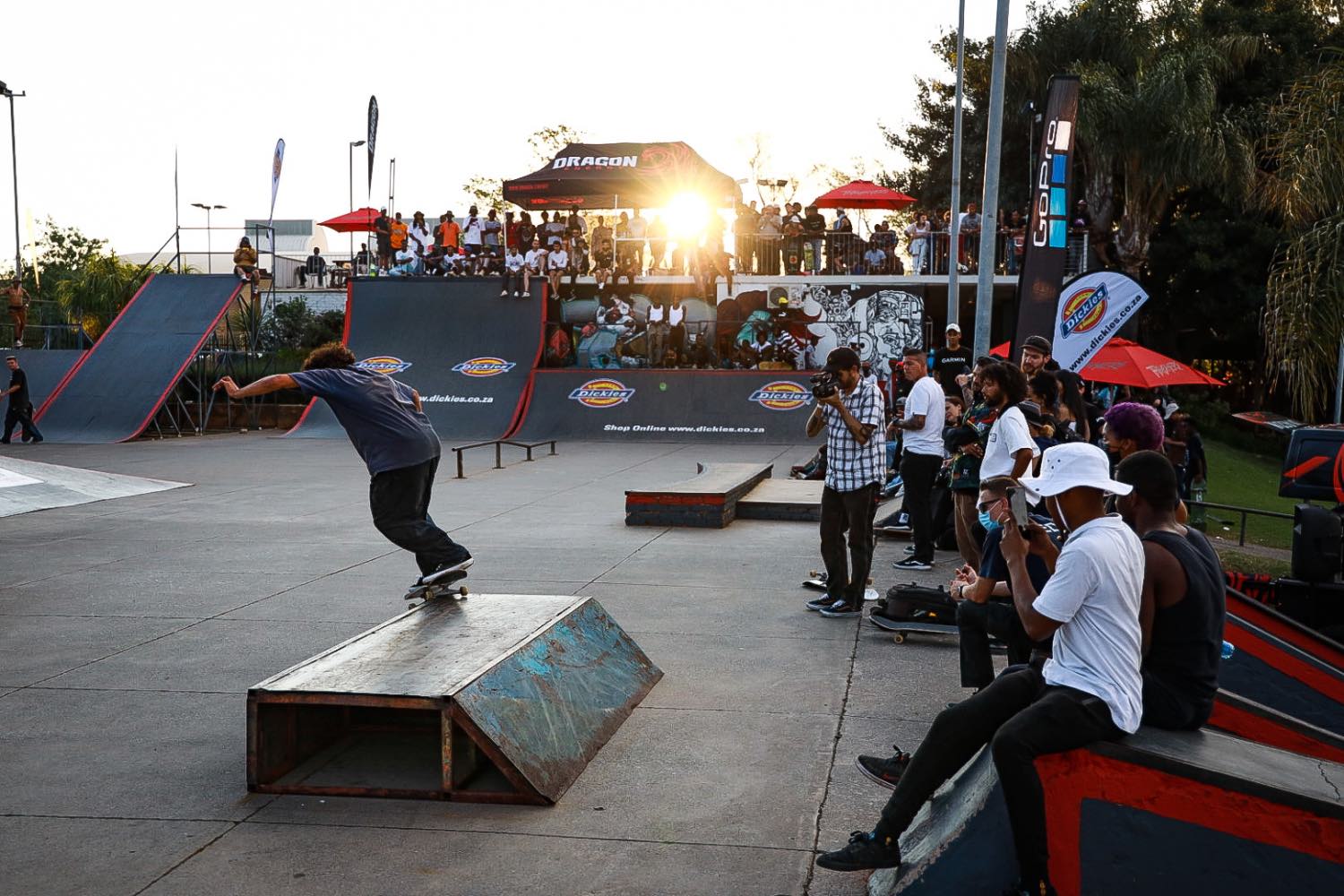 The tournament finished off with the Best Trick jam session down the GoPro double-set section. Skaters absolutely threw down with a host of big and gnarly tricks being landed. In the end it was Allan Adams’ Flip Over Crook on the round rail that took the win, seeing him take home the new GoPro HERO10 Black. 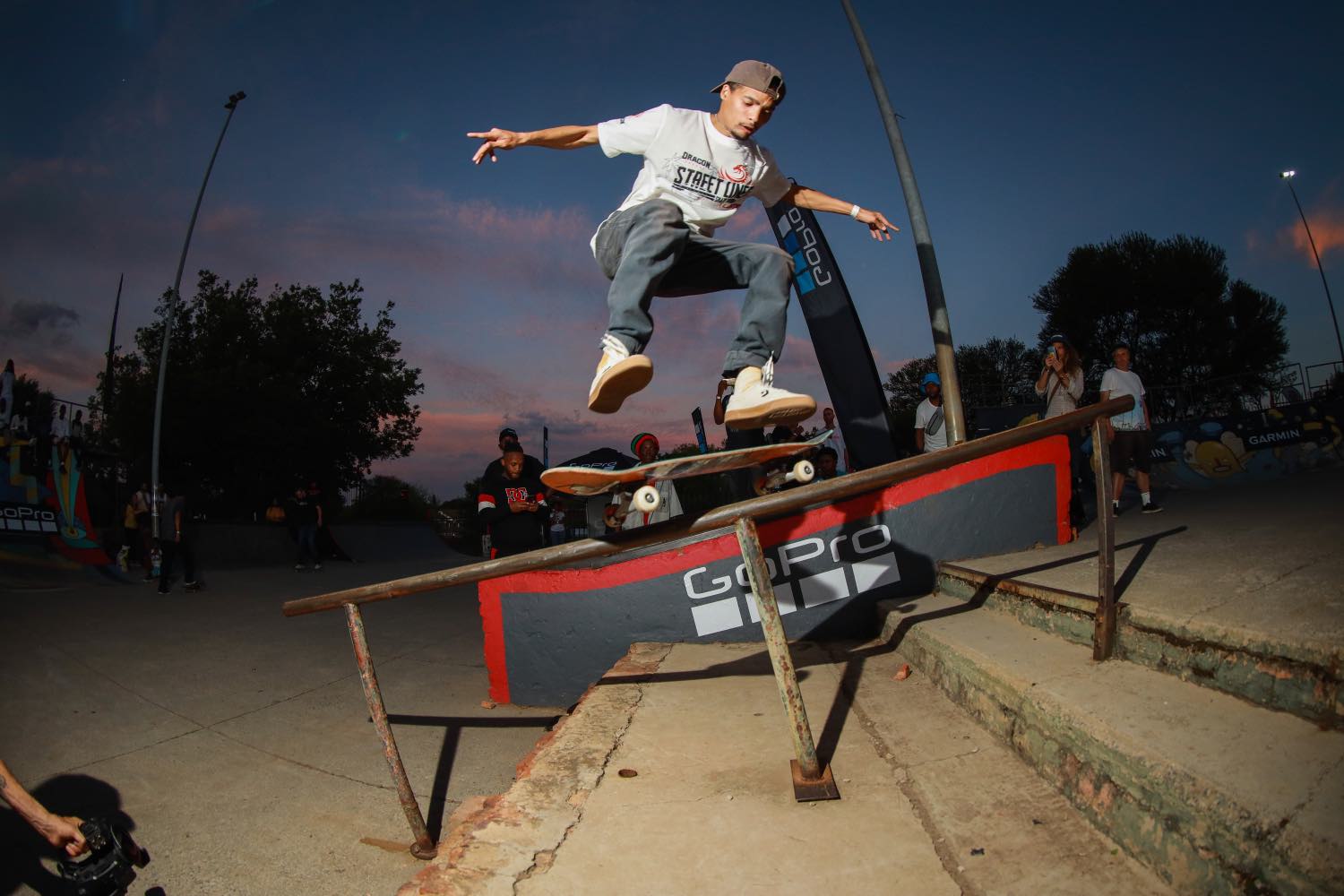 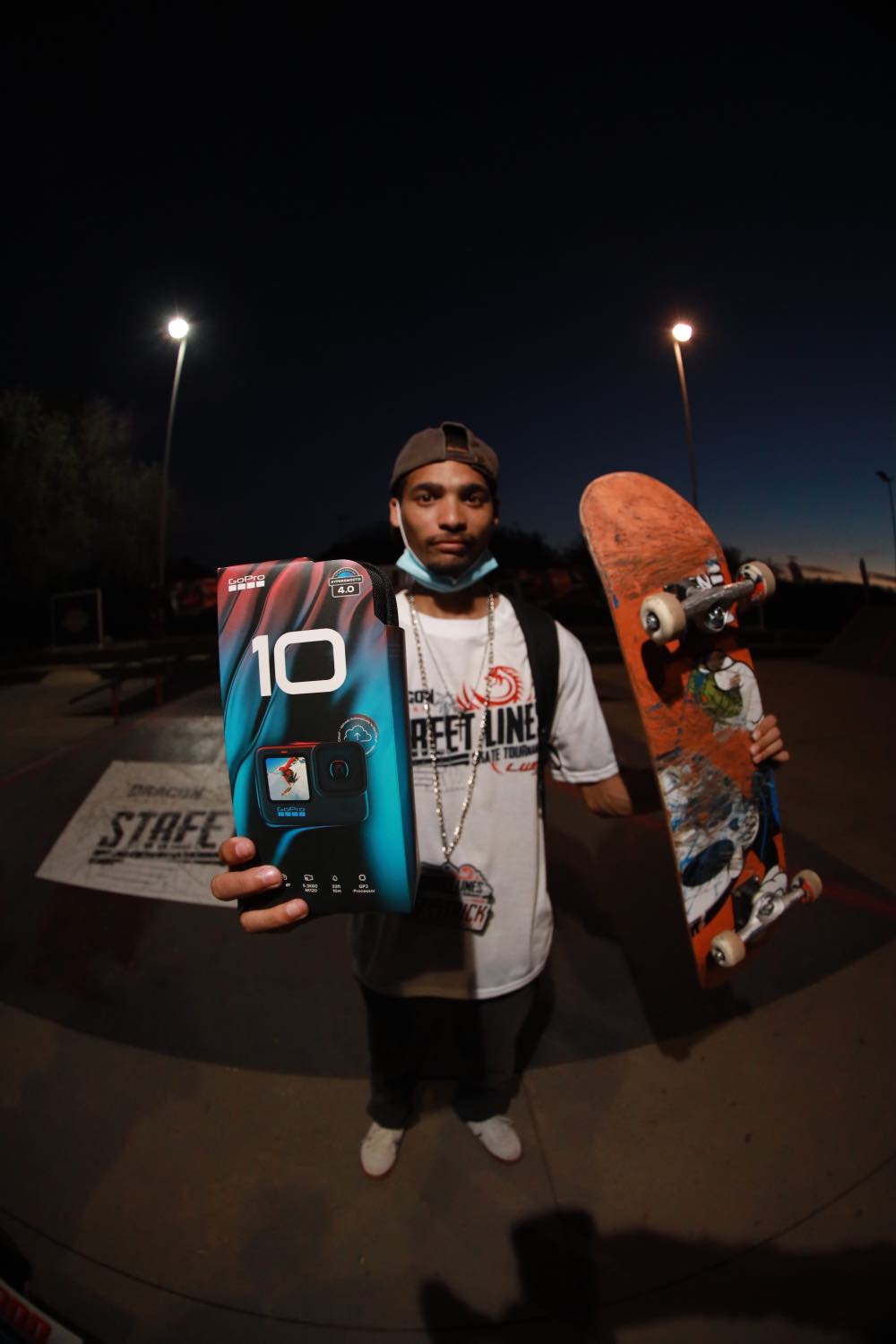 Street Lines organiser, Ryan van der Spuy said, “The first ever Street Lines Skate Tournament exceeded all our expectations resulting in the biggest Joburg skate contest in recent years. This proves that the progression and excitement in the sport of skateboarding is alive and well. We are proud to be able to provide this platform for skaters to showcase their skills, and to witness the number of new faces and Women competing is something special. To everyone involved in making this happen, especially the event partners, thank you. We cannot wait for the next one!” 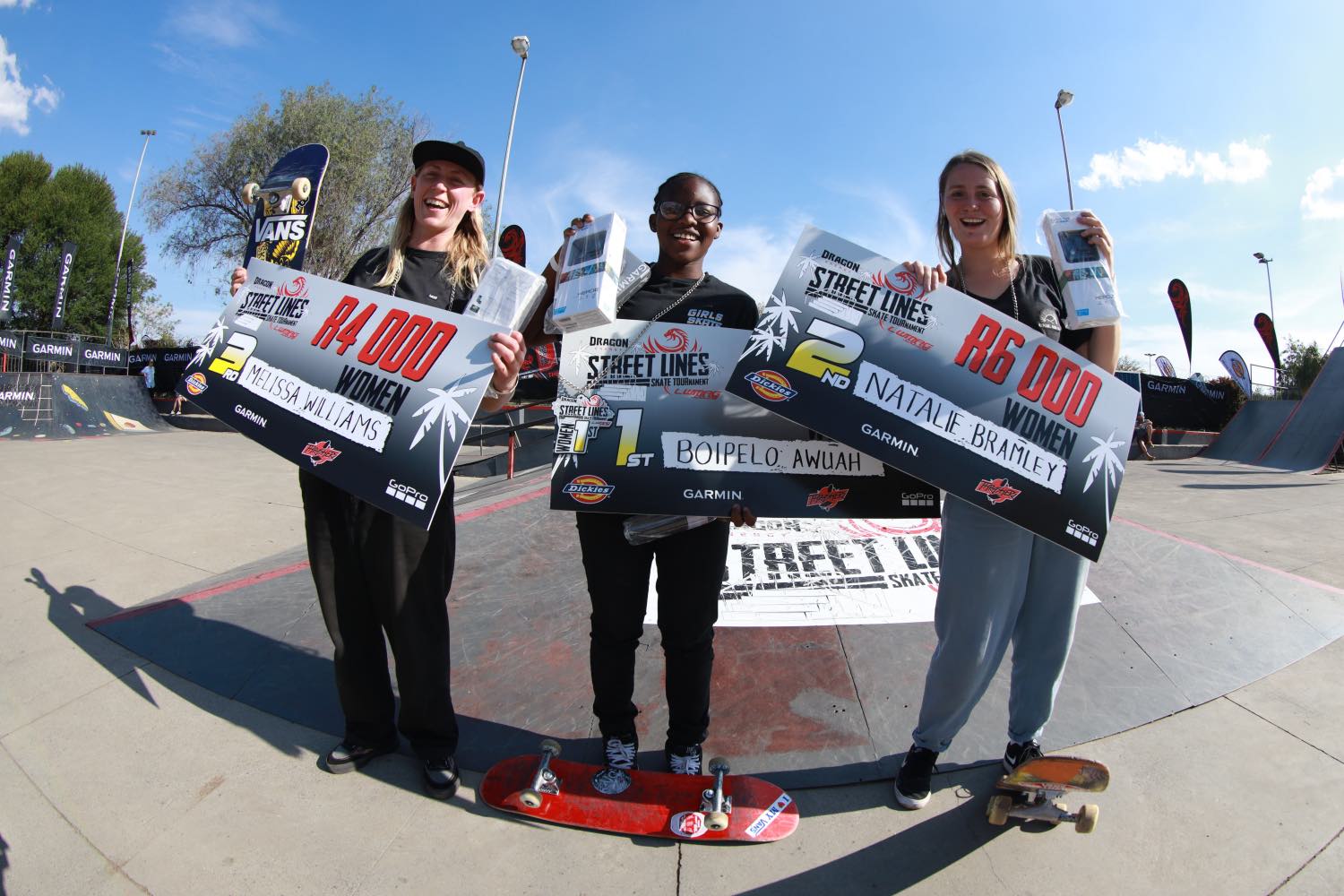 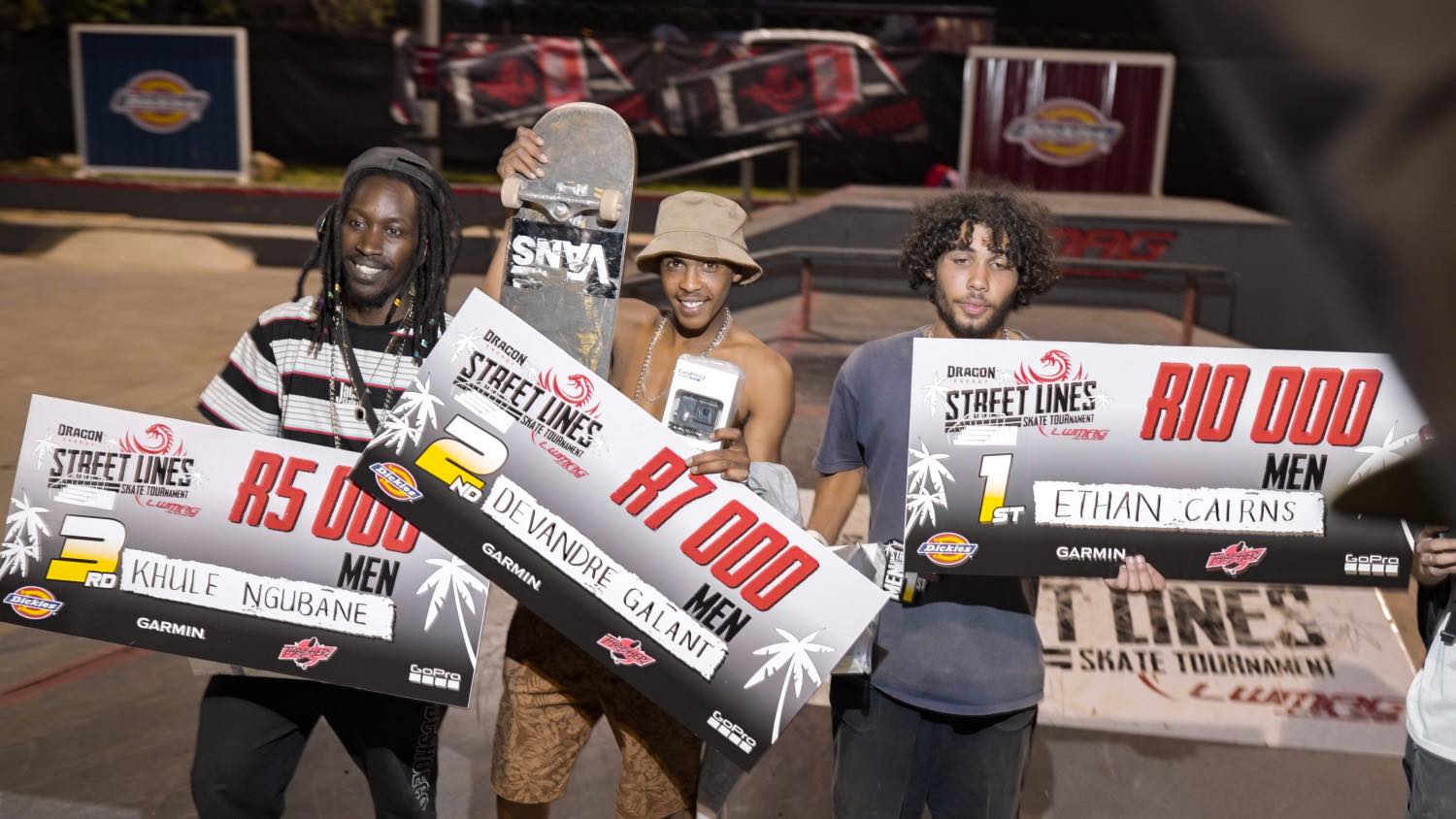 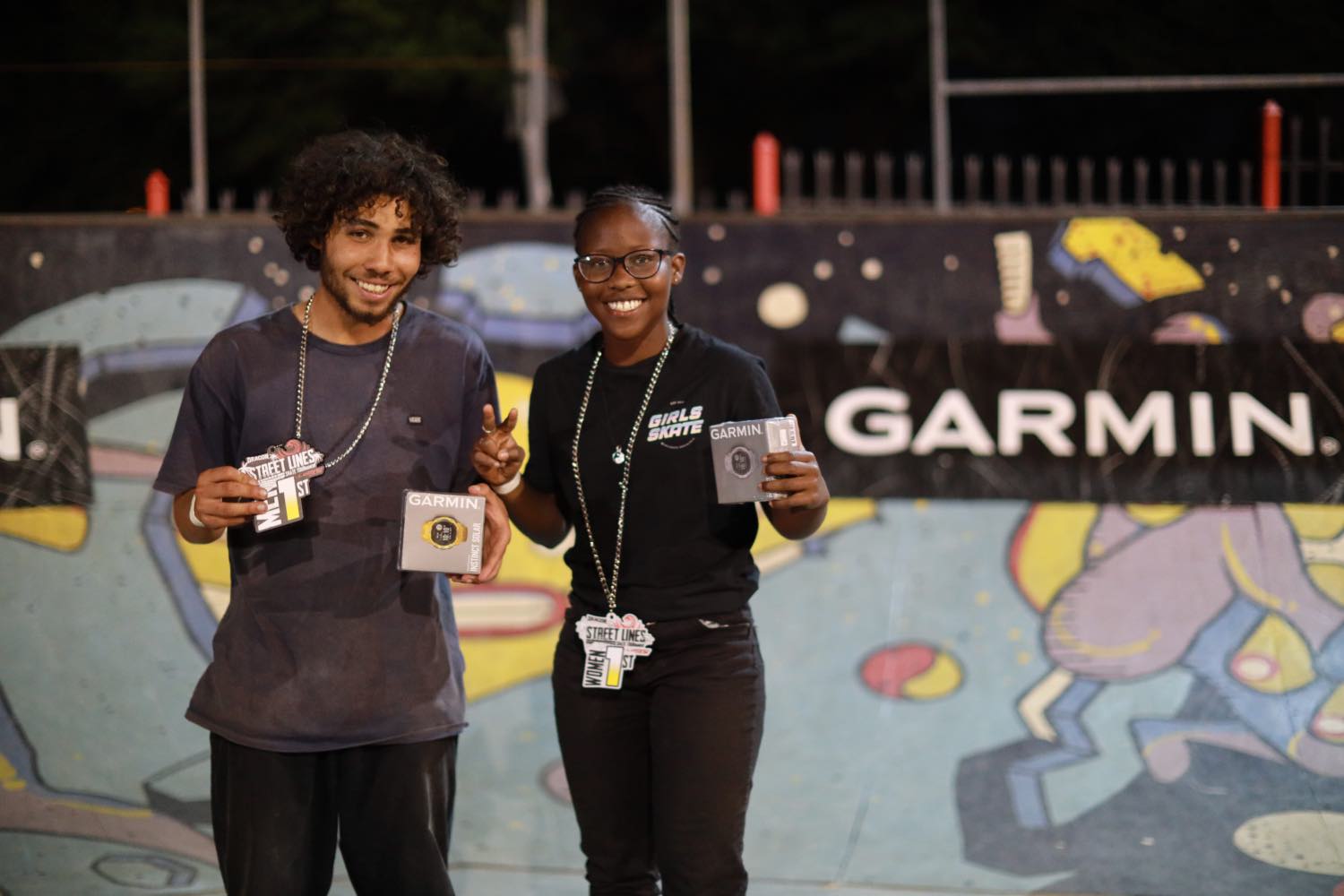 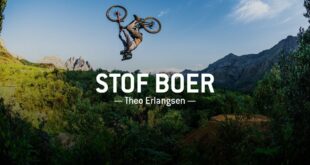