Hout Bay, Cape Town once again played host to some of the world’s best BMX and MTB riders for The Night Harvest 2018 dirt jump contest. As the sun dropped and the lights came on, the action got underway on the scenic views of the Potato Trails.

A nice warm up session for both MTB and BMX got the blood flowing and it didn’t take long before the big tricks started coming out – many tricks that have never been done on African soil! 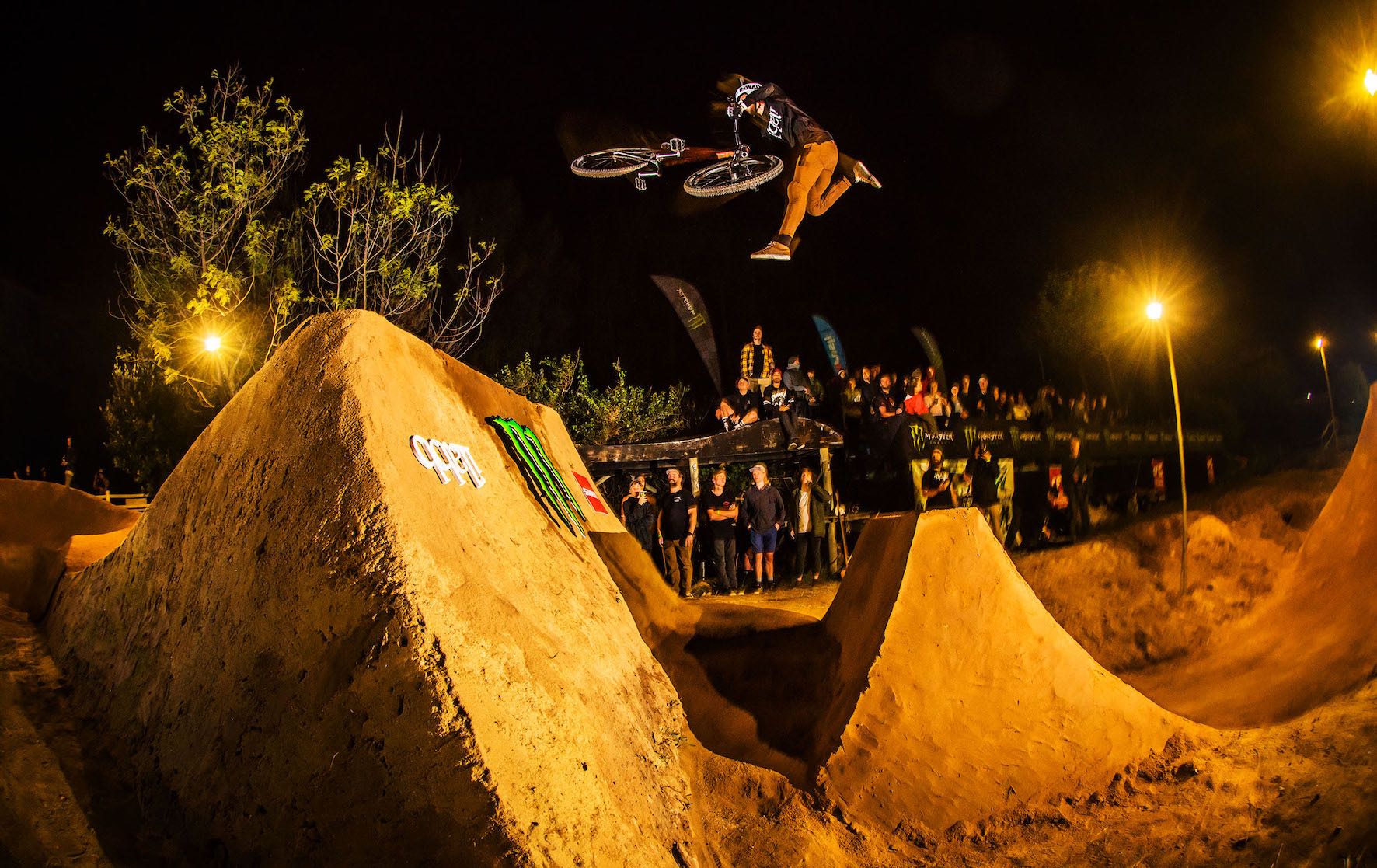 The Masters of Dirt duo of Alex Nikulin and Tobi Merz kicked off things in the BMX contest by throwing Cash Rolls and Front Flip variations back-to-back. Pat Casey was destroying every jump with the smoothest style possible, sending huge 360 Tables and 360 Whips over the tough first jump, extended Cannonballs on the step-up and the most dipped 360 Toboggans anyone has ever seen. Gary Young and Ben Wallace were flowing effortlessly, showing their experience and adding some seriously clicked Lookbacks and Turndowns. 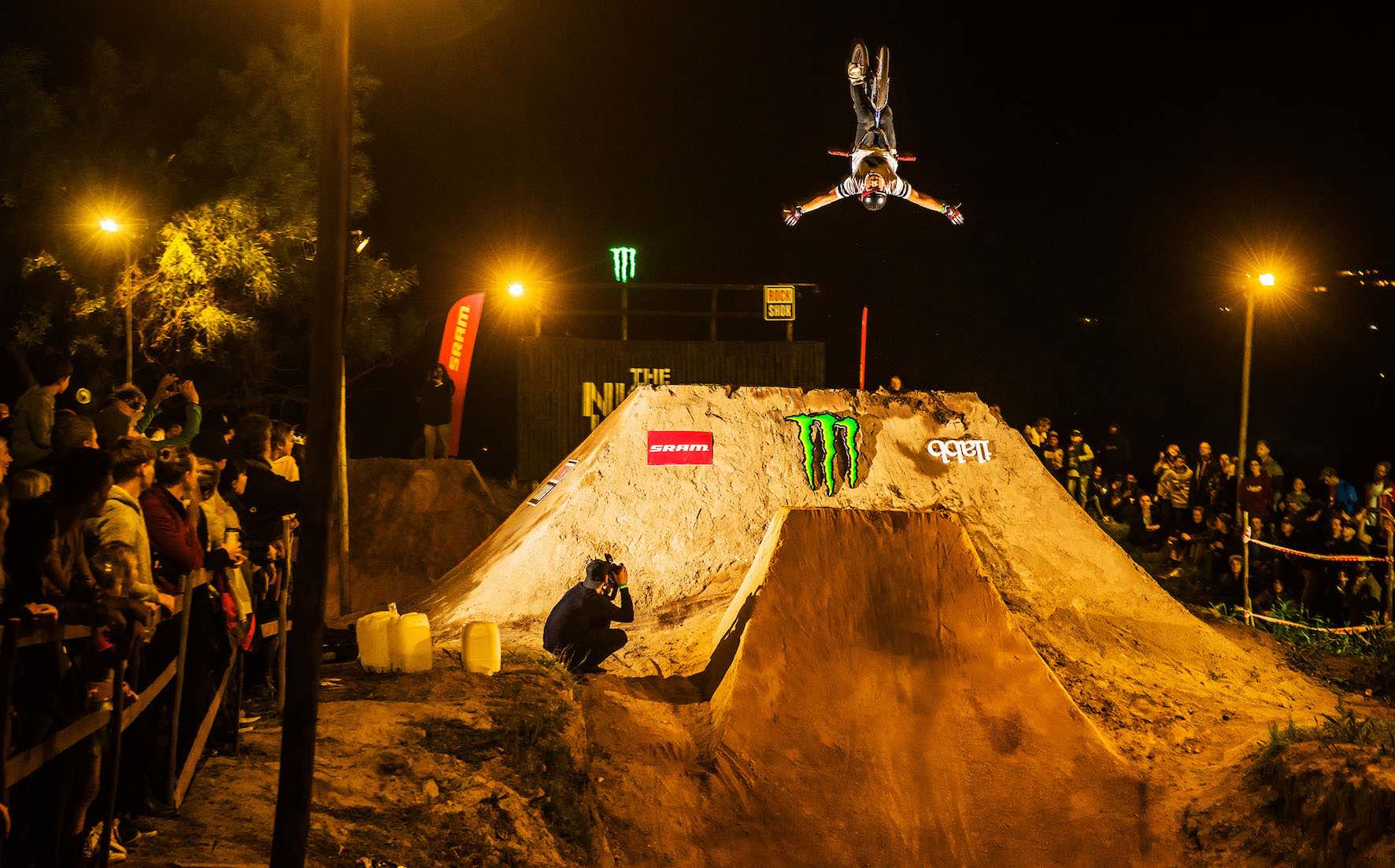 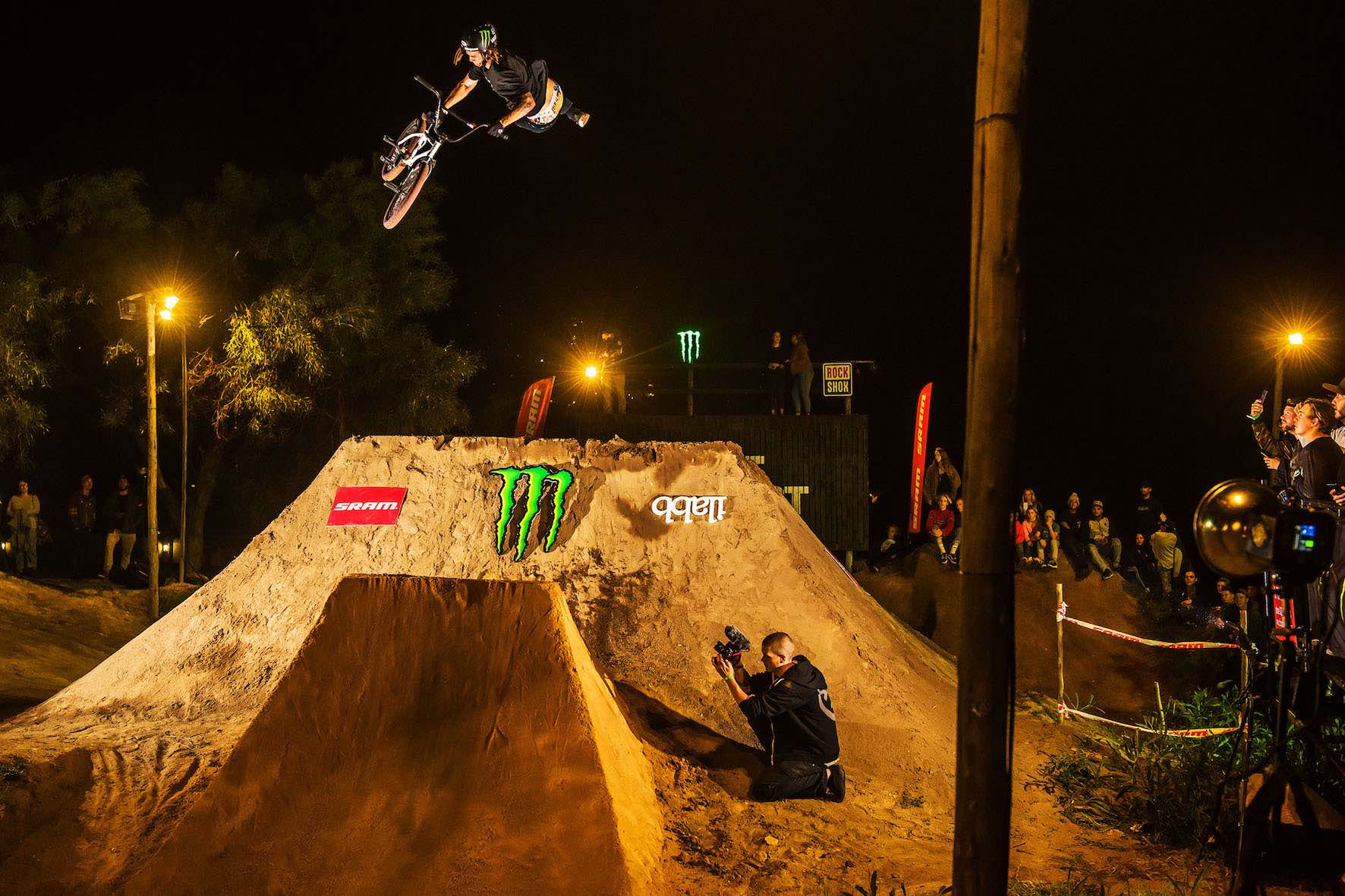 Leandro Olivera definitely seemed to have boost button on his bars and was going twice as high as everyone else, all while throwing huge tricks like a textbook Flip Turndown on the first jump and Flip Double Whips on the last. X-Games gold medalist, Kyle Baldock got the crowd pumped and showed them what tech combos are all about – 360 Whip to Down Whip and a 720 Whip were just a few of many hammers thrown down that secured him the top spot in BMX. 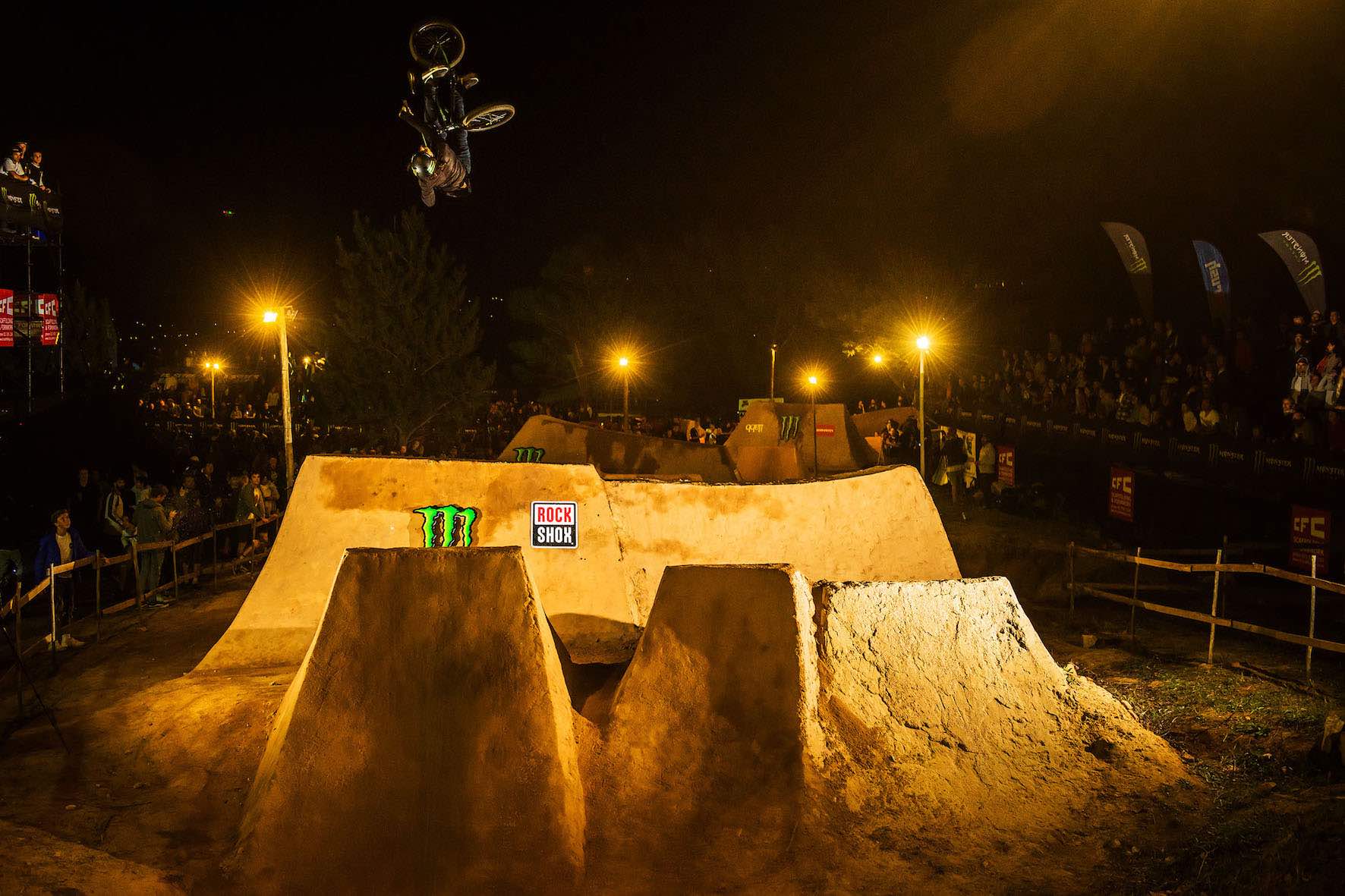 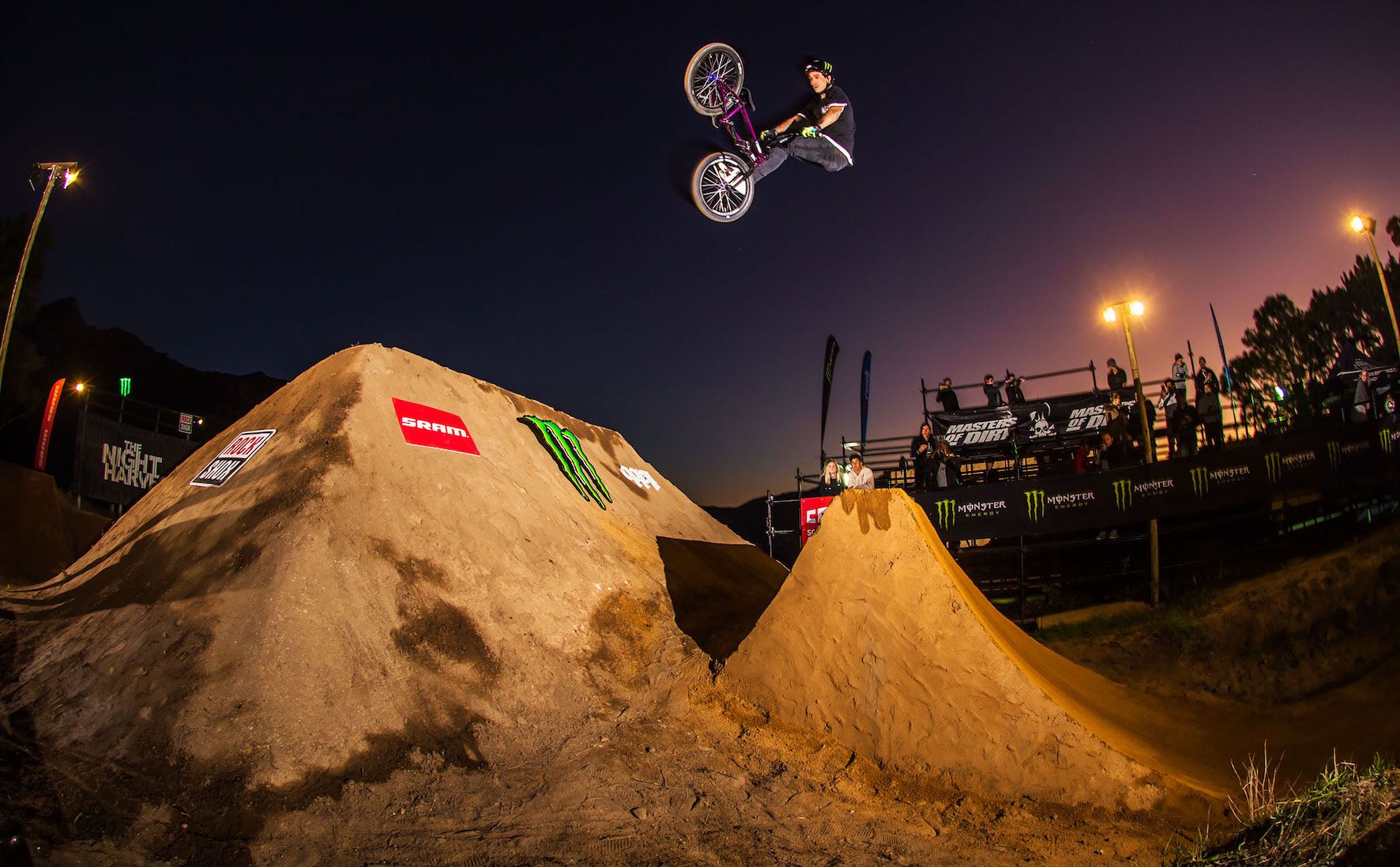 The MTB riders were on fire too. Damion Devlin was flowing through with his smooth signature style, getting Whips super sideways and tucked. Local wild man, Cornel Swanepoel was showing the crowd what he’s been working on lately and was landing Dipped 360’s and stretching out massive Superman Seatgrabs mid line. Tomas Zedja was putting amazing runs together and kept the crowd guessing on what he was going to pull out of his big bag of tricks next. Sam Reynolds got back on a jump bike and showed everyone that he can still throw down as hard as ever. Flip No-Handers on the first, extended No-Foot Cans mid line and clean Flip variations earned him first place in MTB. 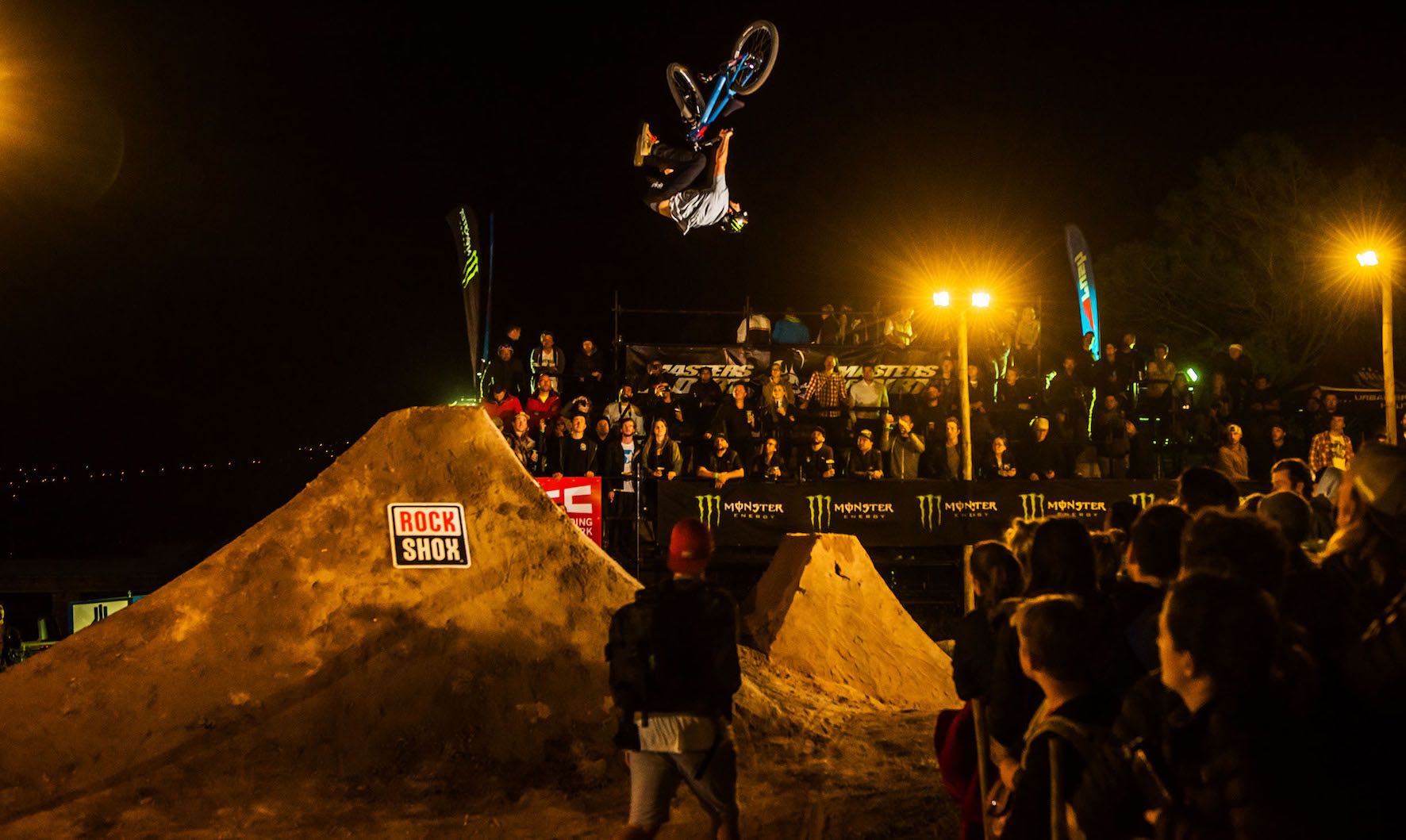 Moving onto the Best Trick, riders lined up at the top of the roll in tower ready for 20 minutes of sending while an amped crowd swarming below. Alex Nikulin rose to the occasion and nailed a perfect Twister on the second jump. Earning the Best Trick title in BMX. In MTB it was none other than Adolf Silva who threw down a Double Grab Barspin to take home the win. 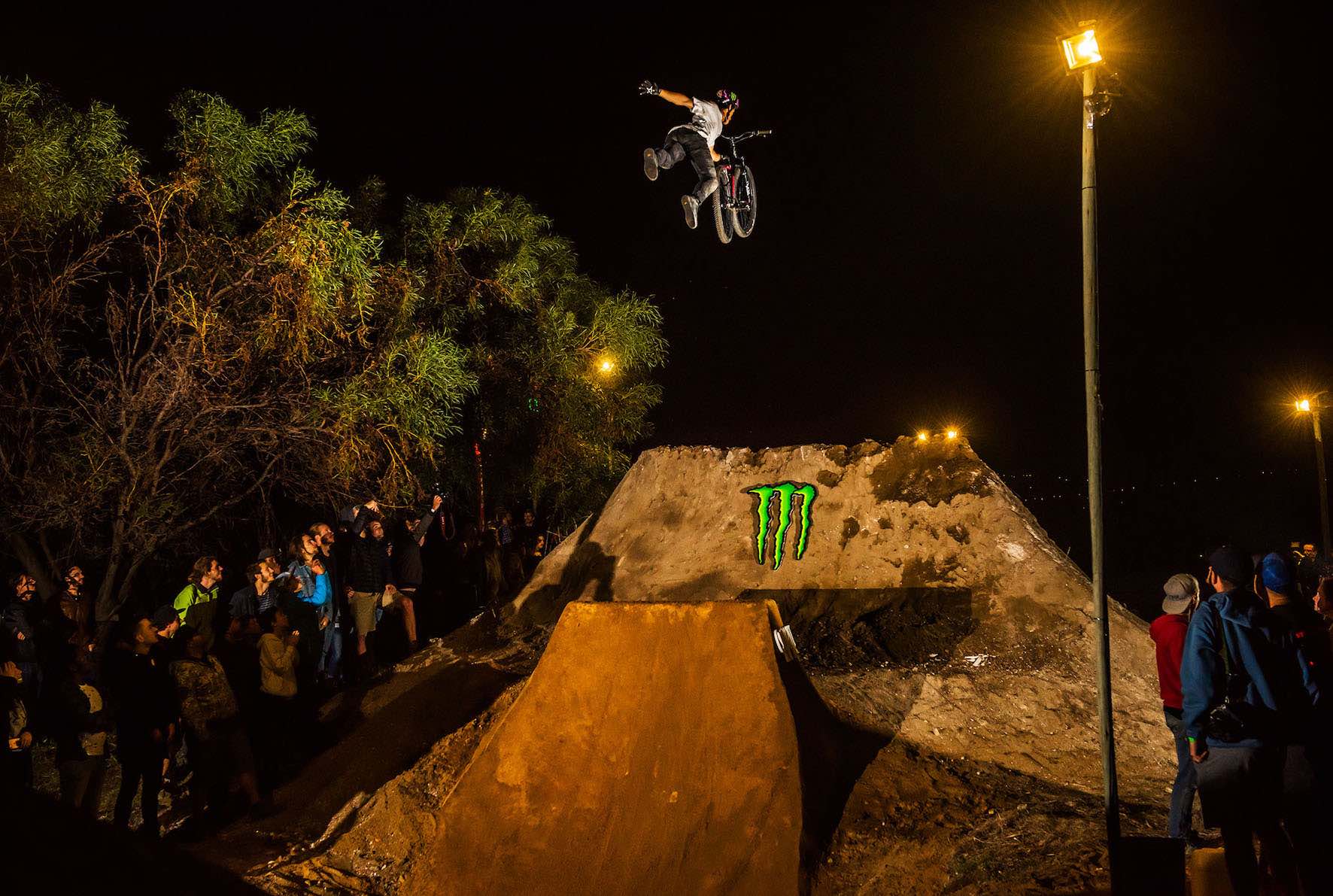 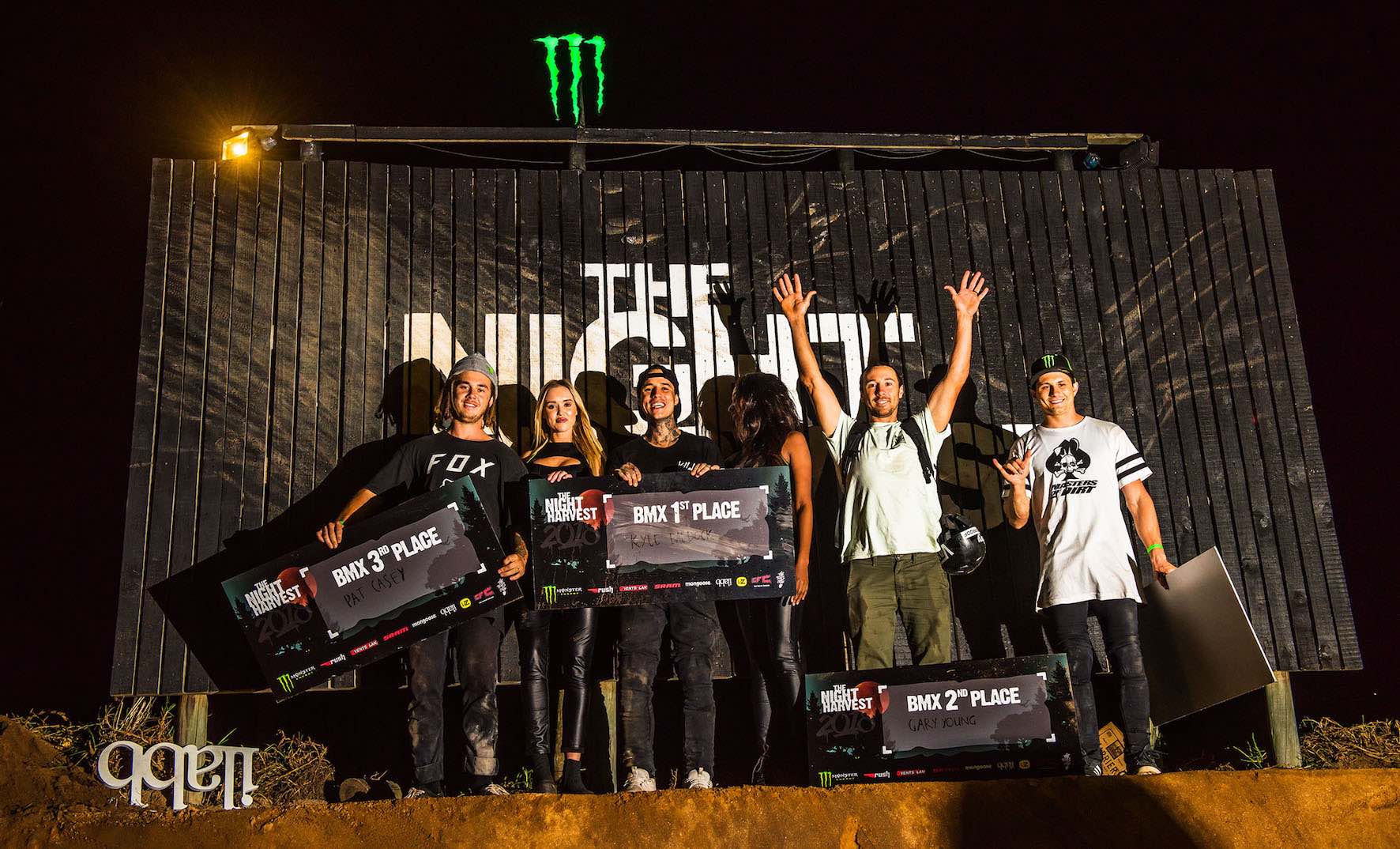 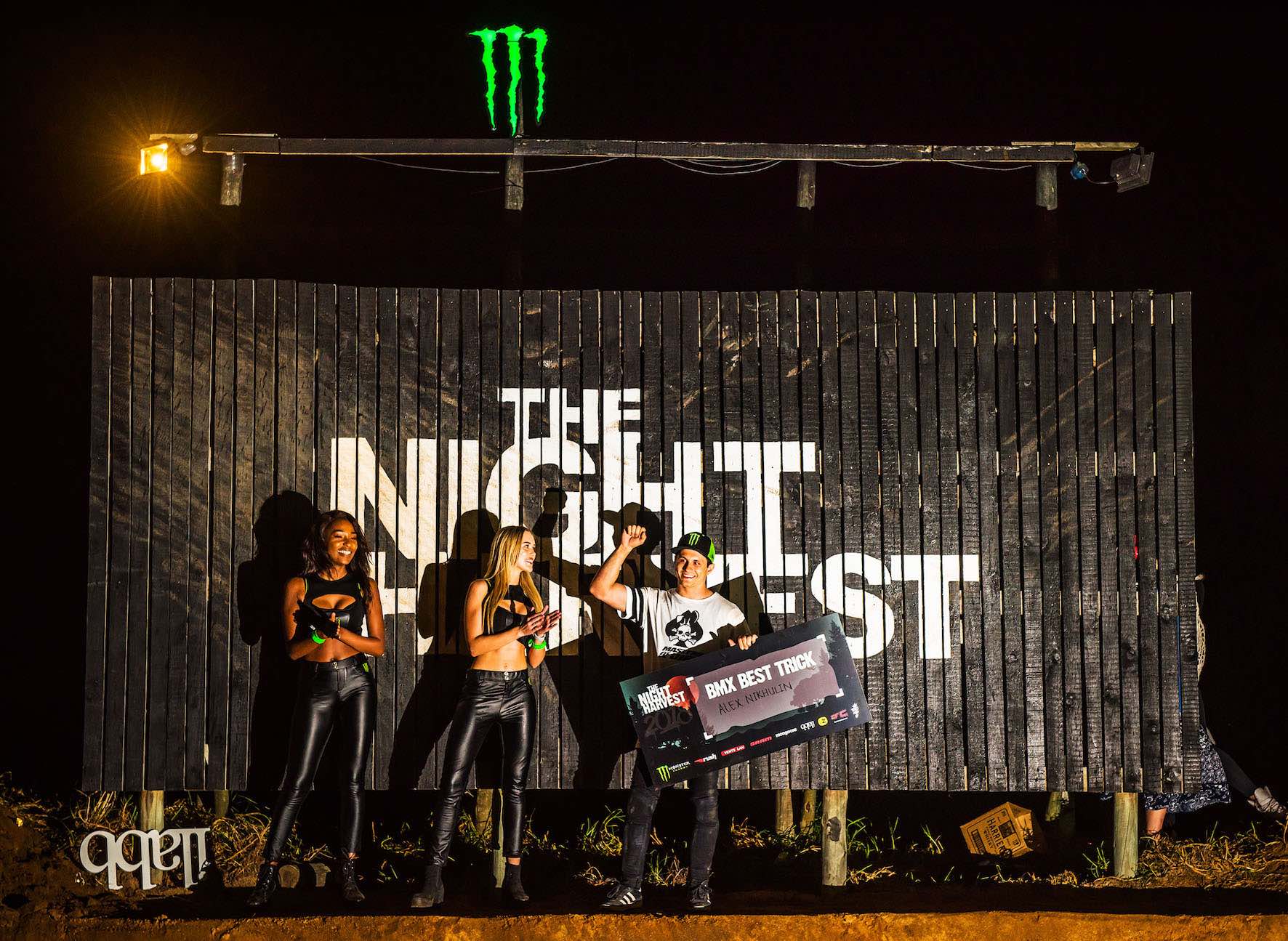 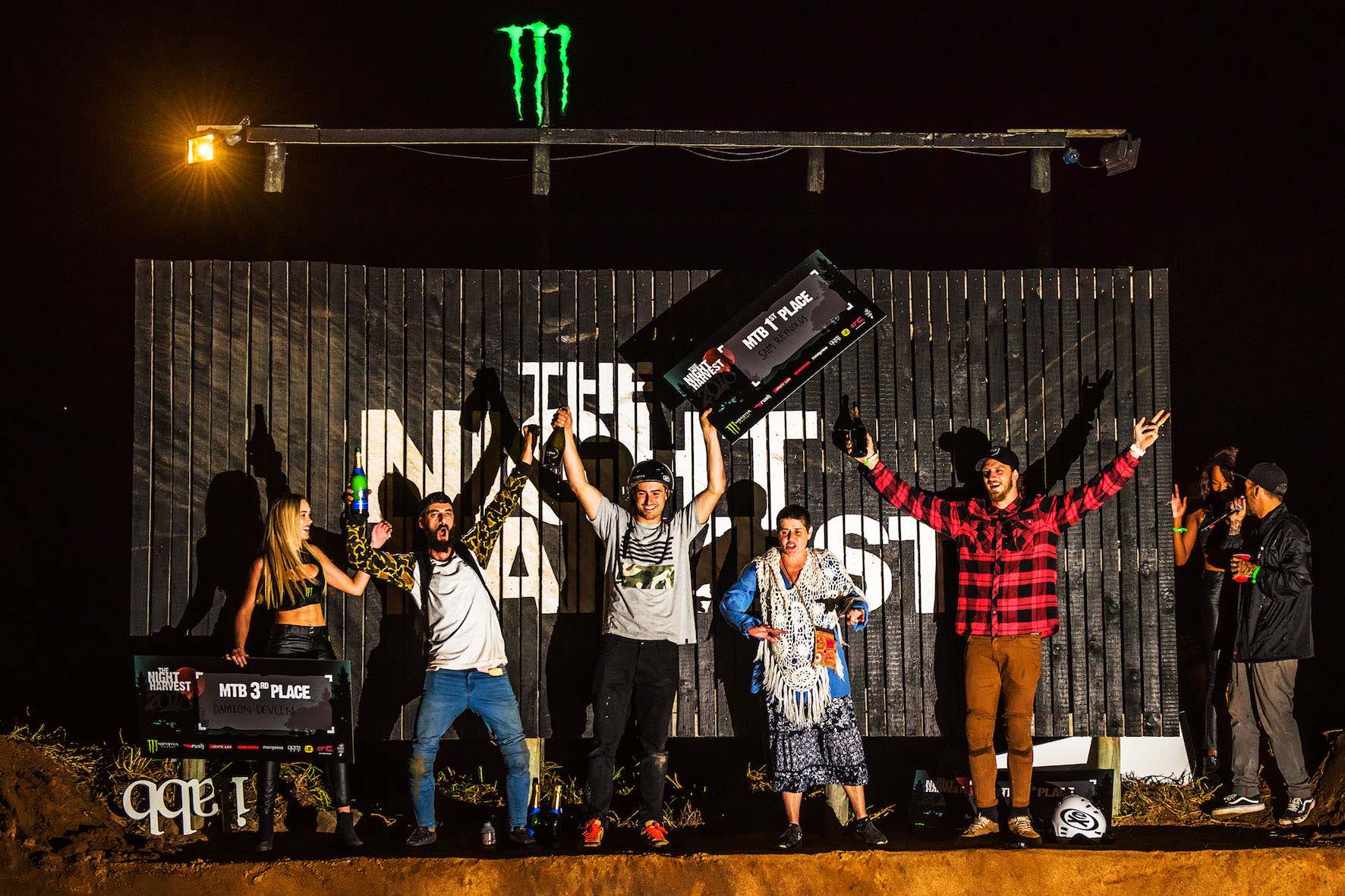 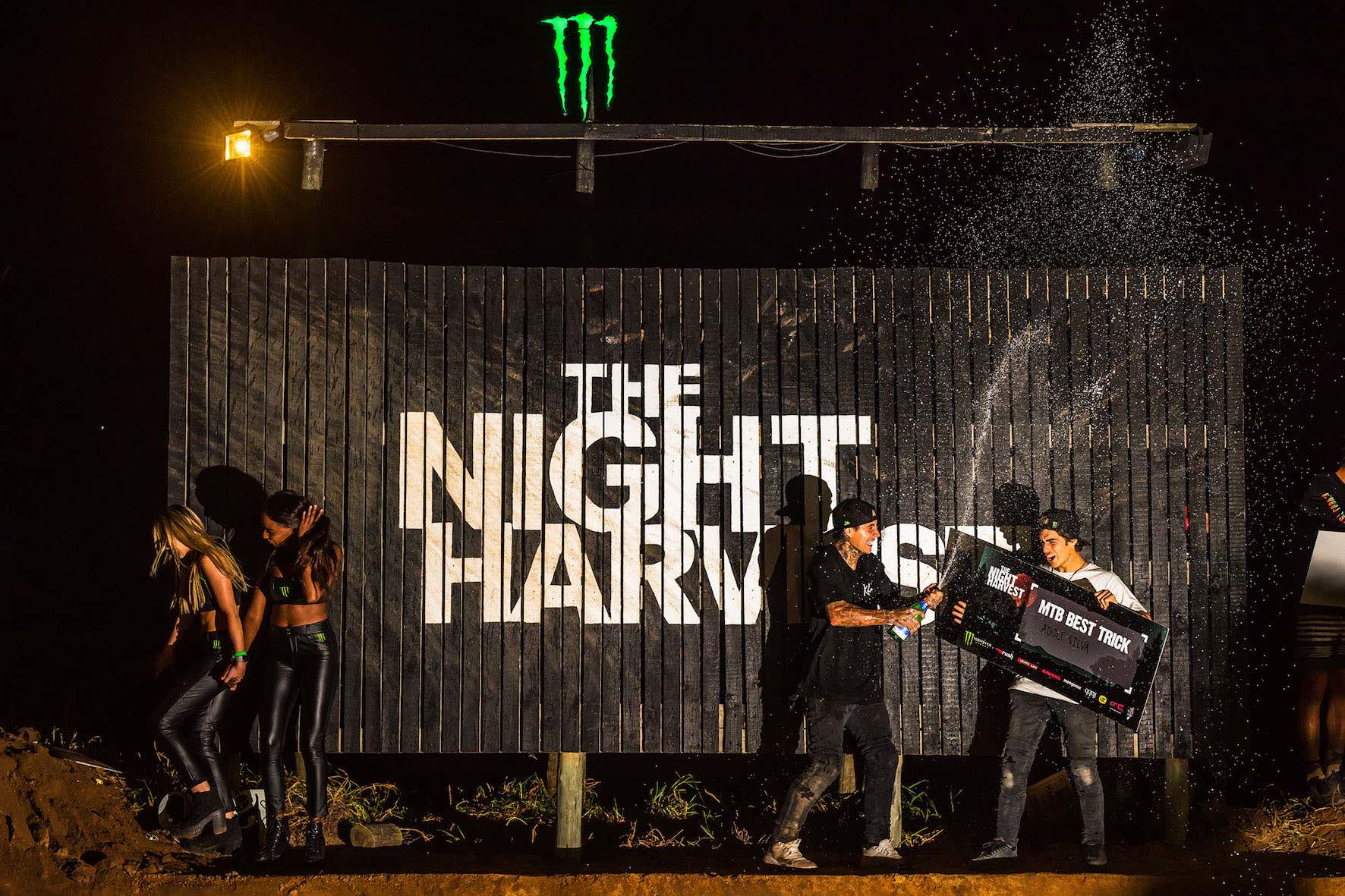