A massive 13 000 strong crowd gathered at Big Bay in Blouberstrand, Cape Town to witness the Kiteboarding action at the 2016 Red Bull King of the Air. 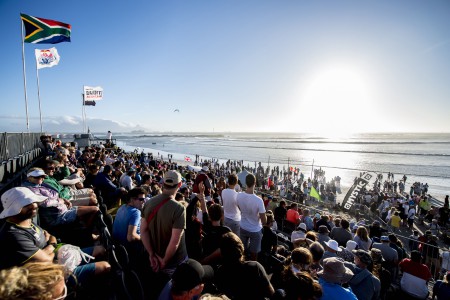 The first round ran earlier in the week and brought out the clear standouts. The world’s best Kiteboarders battled it out through the rounds, ultimately seeing Reno Romeu (BRA), Jesse Richman (USA), Aaron Hadlow (GBR) and Kevin Langeree (NED) meet in a closely contested final.

Romeu showed heart but was the first to be flagged out in the final. The 3 previous champions were left to battle and their contrasting styles made life hard for the panel of judges. The all-or-nothing approach of Richman vs the technicality of Hadlow vs the stylish consistency of Langeree.

The 2016 Red Bull King of the Air saw one of the closest finals in the history of the event with it coming down to the maths, each rider’s three best tricks and the judging criteria.

The Mystic Best Move award was given to Kevin Langeree for his Kiteloop Front Roll Inverted One foot. 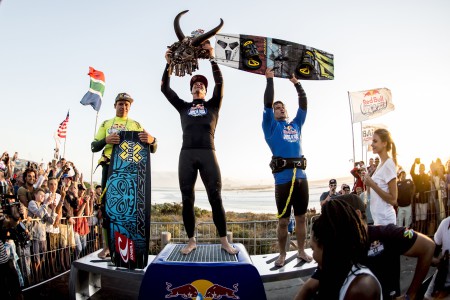 Check out www.redbullkingoftheair.com for the final standings, videos and images.