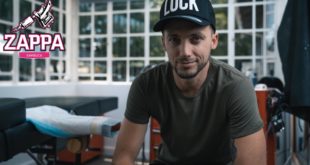 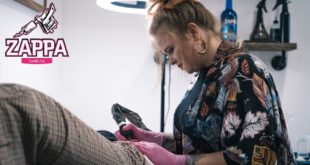 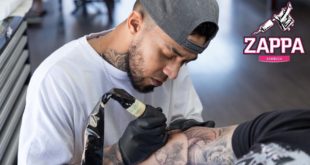 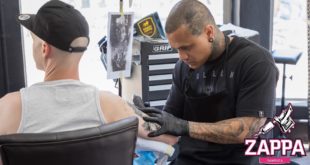 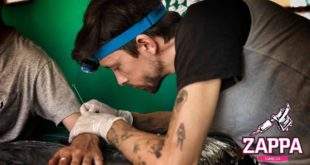 Fallen Heroes, one of South Africa’s top tier tattoo studios, has moved to a new space in Emmarentia, Johannesburg. Founded by Jen and Thys Uys in 2012, their journey is a “success story” in the truest sense. From humble beginnings in a tiny, one artist home studio, to their latest bespoke studio, which houses nine Internationally recognised artists. 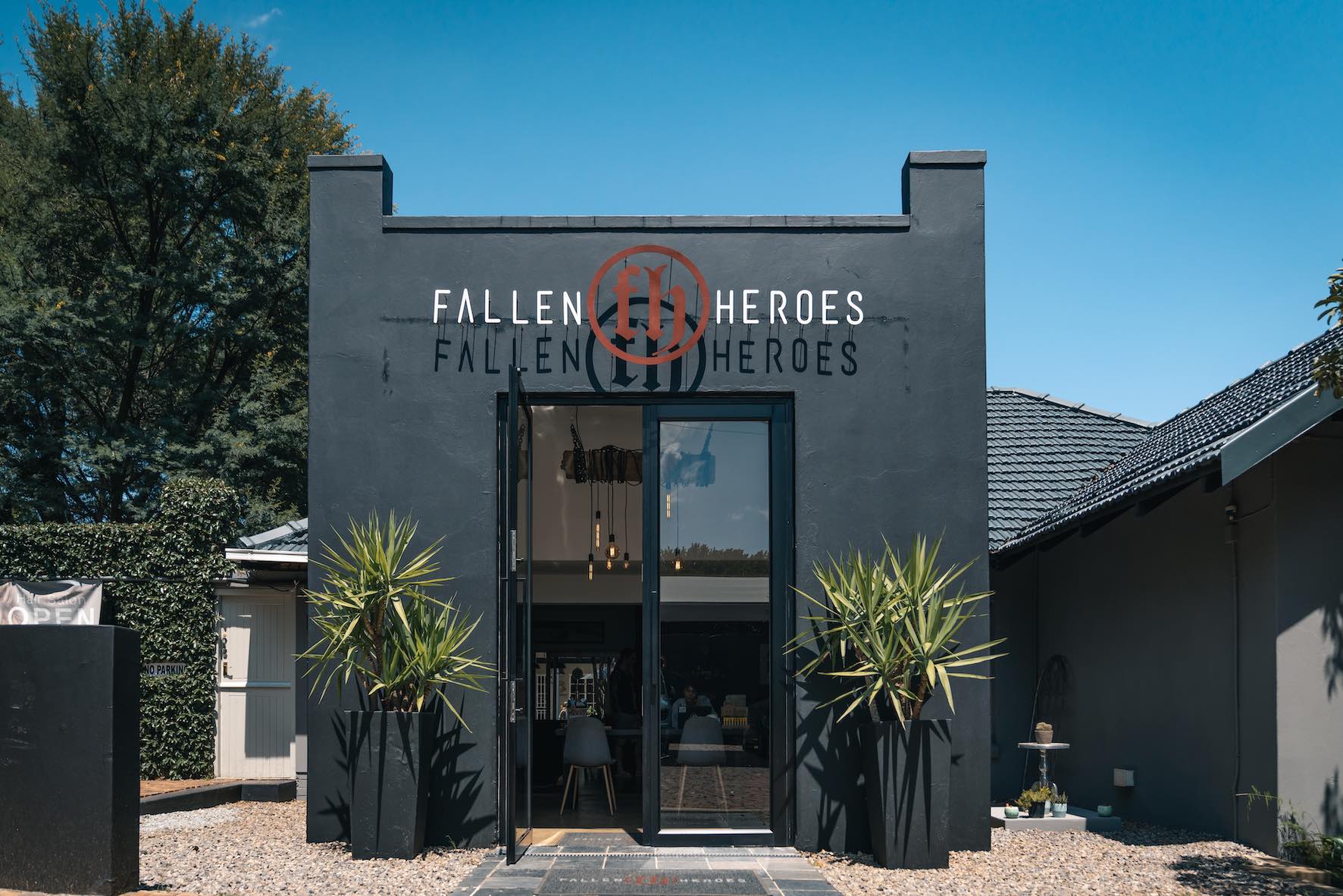 The new space, 249 Barry Hertzog Avenue, is conveniently located on a main road close to the awesome hub of Greenside, and offers all of the same incredible services and art that Fallen Heroes clients have come to expect, in a more private and relaxed environment. The studio not only boasts ample parking (which was an issue at the old location), but also includes three new incredible artists to the FH roster. 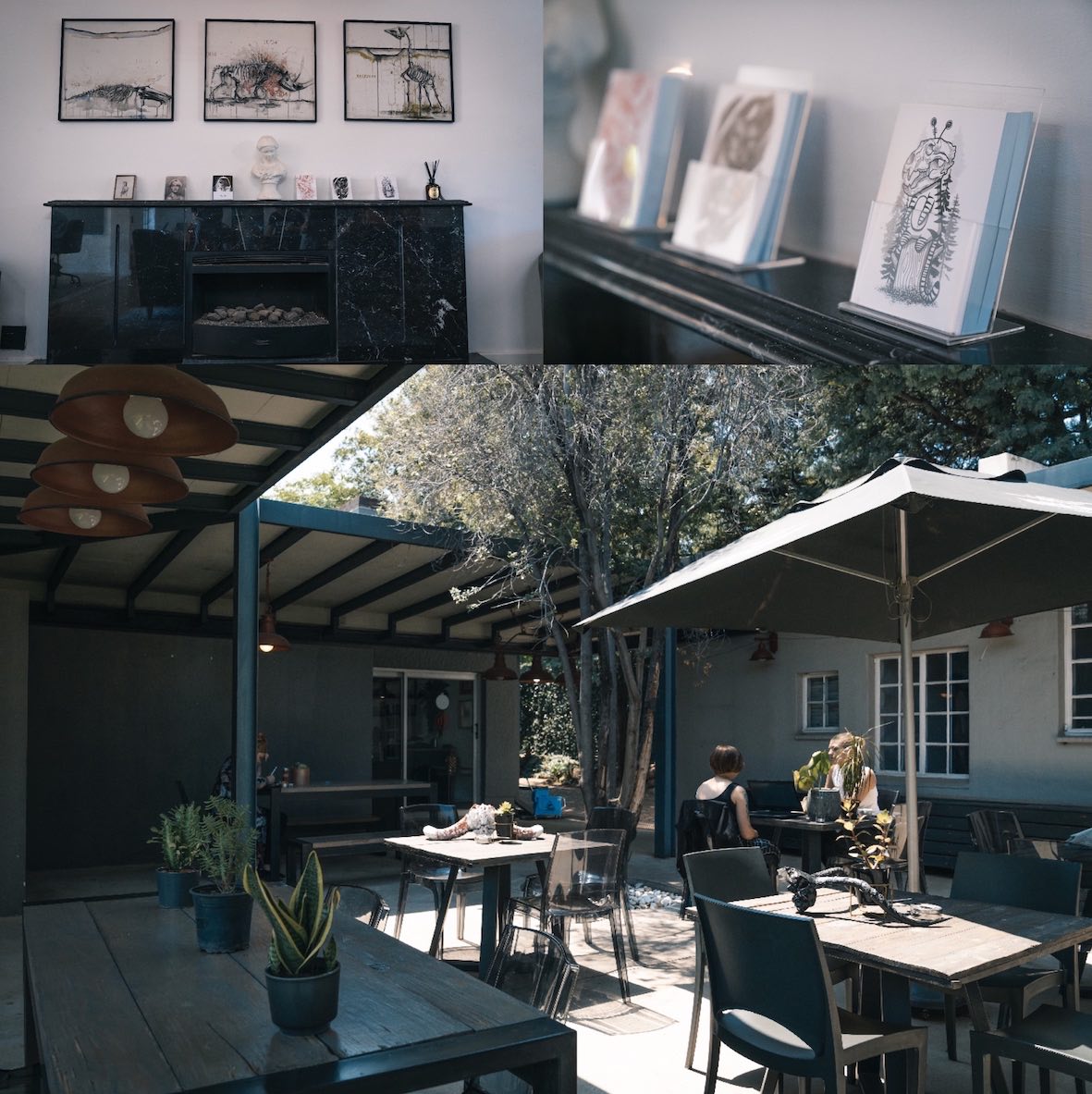 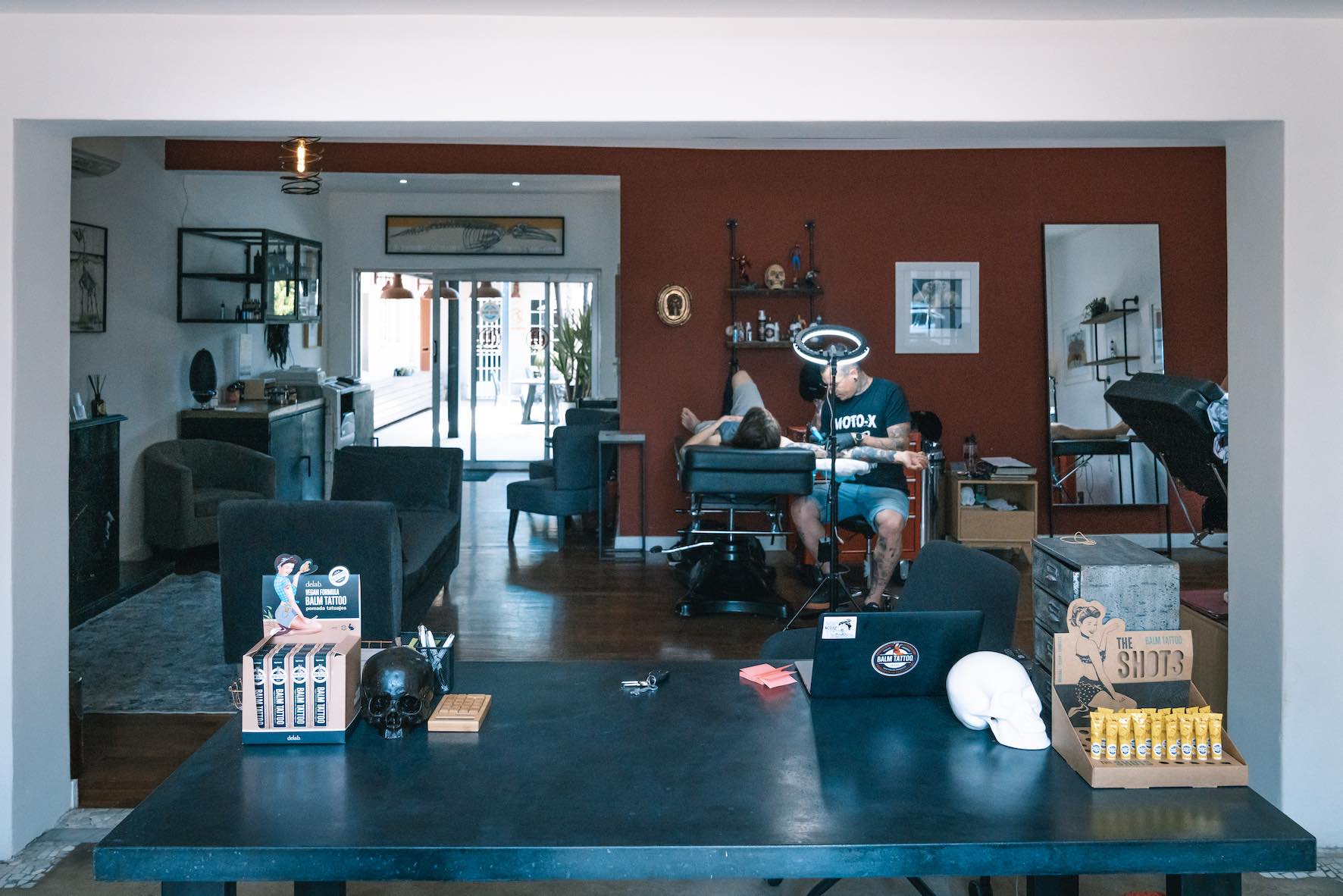 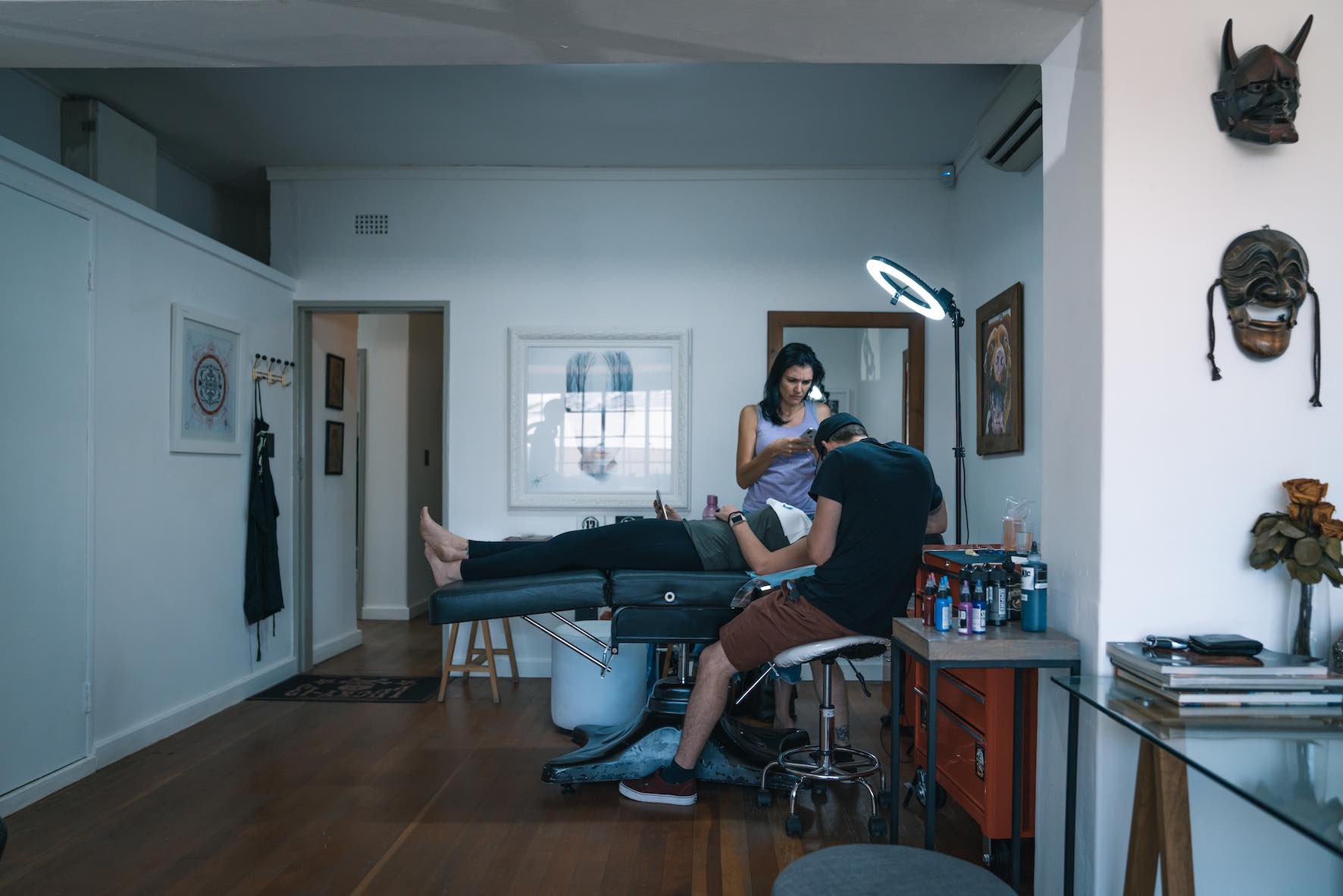 The team of artists have been carefully selected for their unique personal aesthetics and their ability to bring clients some of the best custom designs in South Africa. Meet the team…

Becoming a tattooist has been by far the most humbling endeavour I‘ve ever undertaken in art. I‘m doing it because it feels like an endless combination of possibilities exist within this medium, and I want to chew on them until I‘m satisfied! (Which will obvs be never.)
There are so many styles I‘d like to explore, but I‘m currently most drawn to sketchy, whimsical, spontaneous looking work. Illustrative, adventurous approaches inspire me. I like developing concept and composition simultaneously. I‘m currently attracted to the approach that the body is just a canvas, there are no limits to what you can and can‘t draw on it.

Part of my passion for the art form comes from being able to say to people: “I draw pretty pictures for a living…what do you do? Although my style is versatile I do still have my favourites. I enjoy Photo Realism, Neo-traditional and Japanese tattoos making use of bright bold colours!
I also like getting my hands dirty with other mediums such as painting, illustration, lead and sculpting. I’m constantly inspired by my colleagues as well as international artists such as Nikko Hurtado and Jeff Gogue. 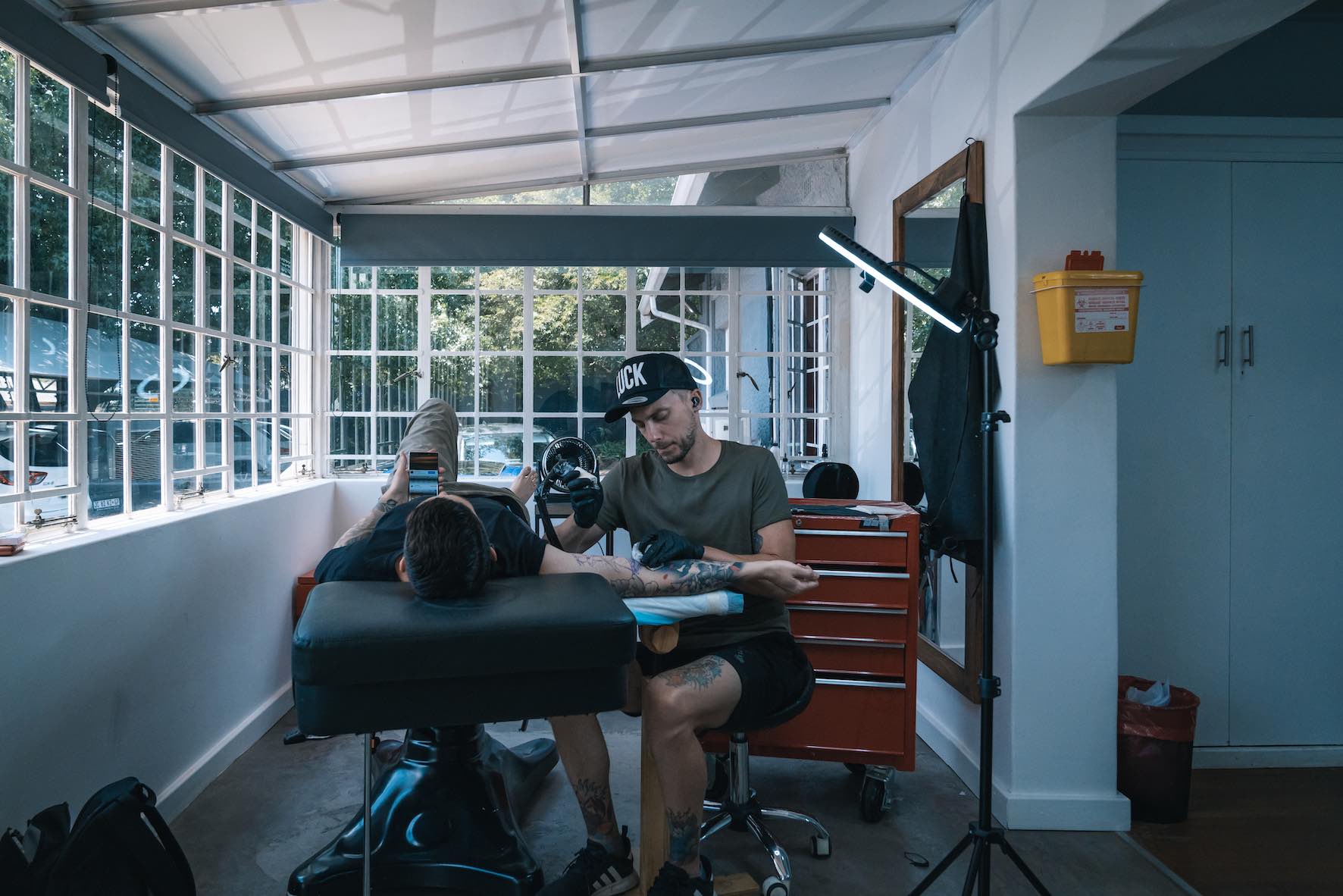 Her passion has always been centred around the creative field. After getting her first tattoo in high school, her fascination with the art of tattooing began. To Jinx, tattooing is the purest form of art, as you have one chance to get it right, and there are no erasers at the back of your machine.
She has a great appreciation of finer detail and photo realism, and applies these principles to her work. She draws inspiration from many artists, aspiring to meet their high standards with her own tattoos whilst maintaining the attitude that everyday is an opportunity to learn and grow within the field.

Spending his time with realism and fantasy drawings – he needed an outlet, and found it through tattooing. Thys has been a tattoo artist since 2010, and since then, has found his niche, by marrying the true essence of realism with a vivid imagination and abstractionism.
He has an undoubtable talent in fine arts and a skilled eye for depth and detail. This allows Thys to add his signature to whatever ideas he may be presented with. Thys has travelled the world with his work and is one of the most sought after artists in South Africa. He is always trying to find new inspiration and grow. 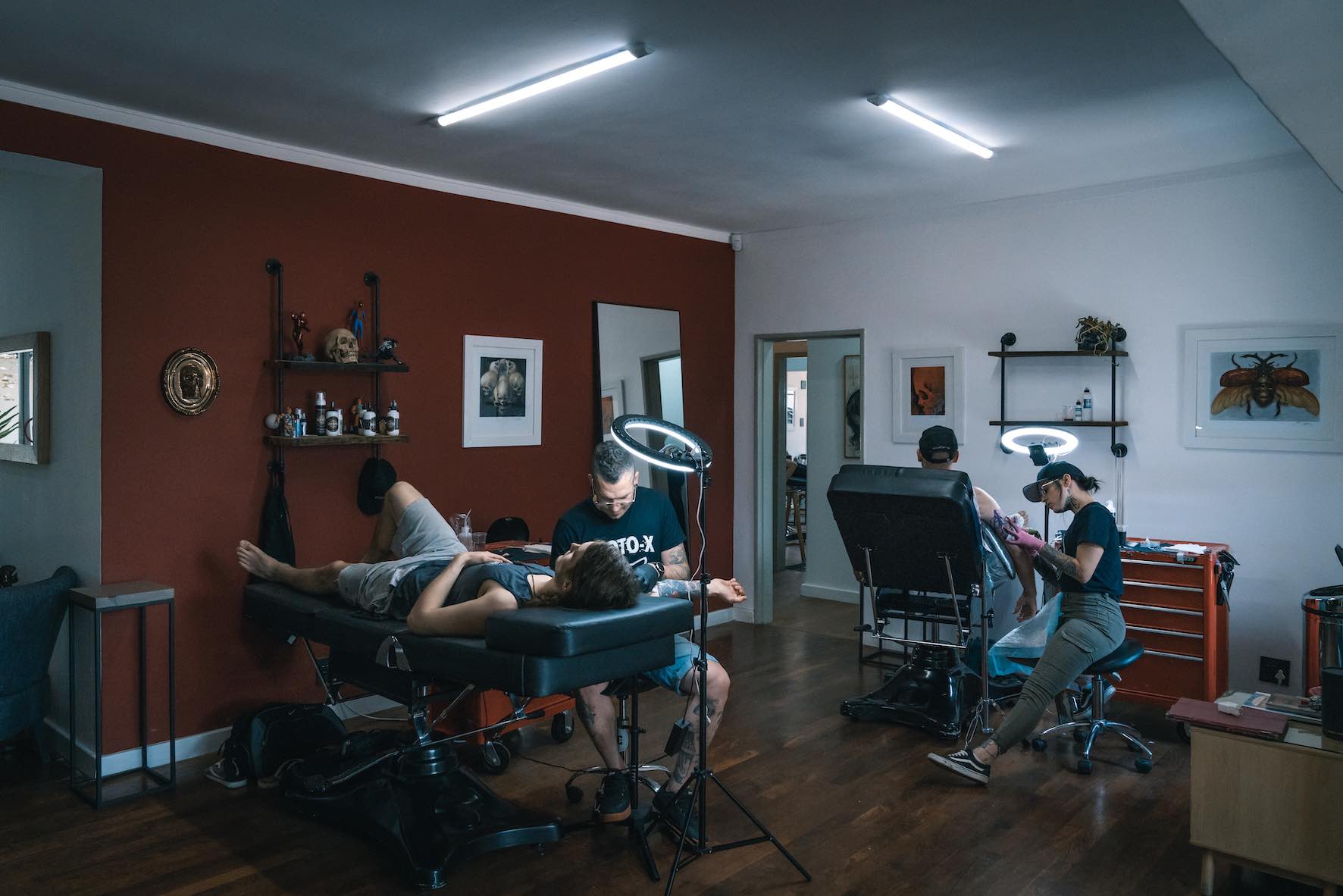 Without any art background aside from “drawing on the back of his exam papers”, Nick soon found that his strength was in art. Before he knew it he was fully involved in the tattoo industry.
He specialises in realism, both black and grey as well as color. When he initially started tattooing his major influences were Paul Booth, Bob Tyrrel , Mike De Vries and many others, however he now finds himself drawing influence more from his local peers.

Jan ‘Munky’ Giebelmann has formed his own creative identity – a traditional style, influenced by bold colours and artistic individuality. He works in black work/ illustrative/ Japanese and traditional styles.
“I’d like to make your tattoo appointment more than just a permanent work of art, but also an experience that you’ll look back on and think, ‘F#ck! I had a blast!” 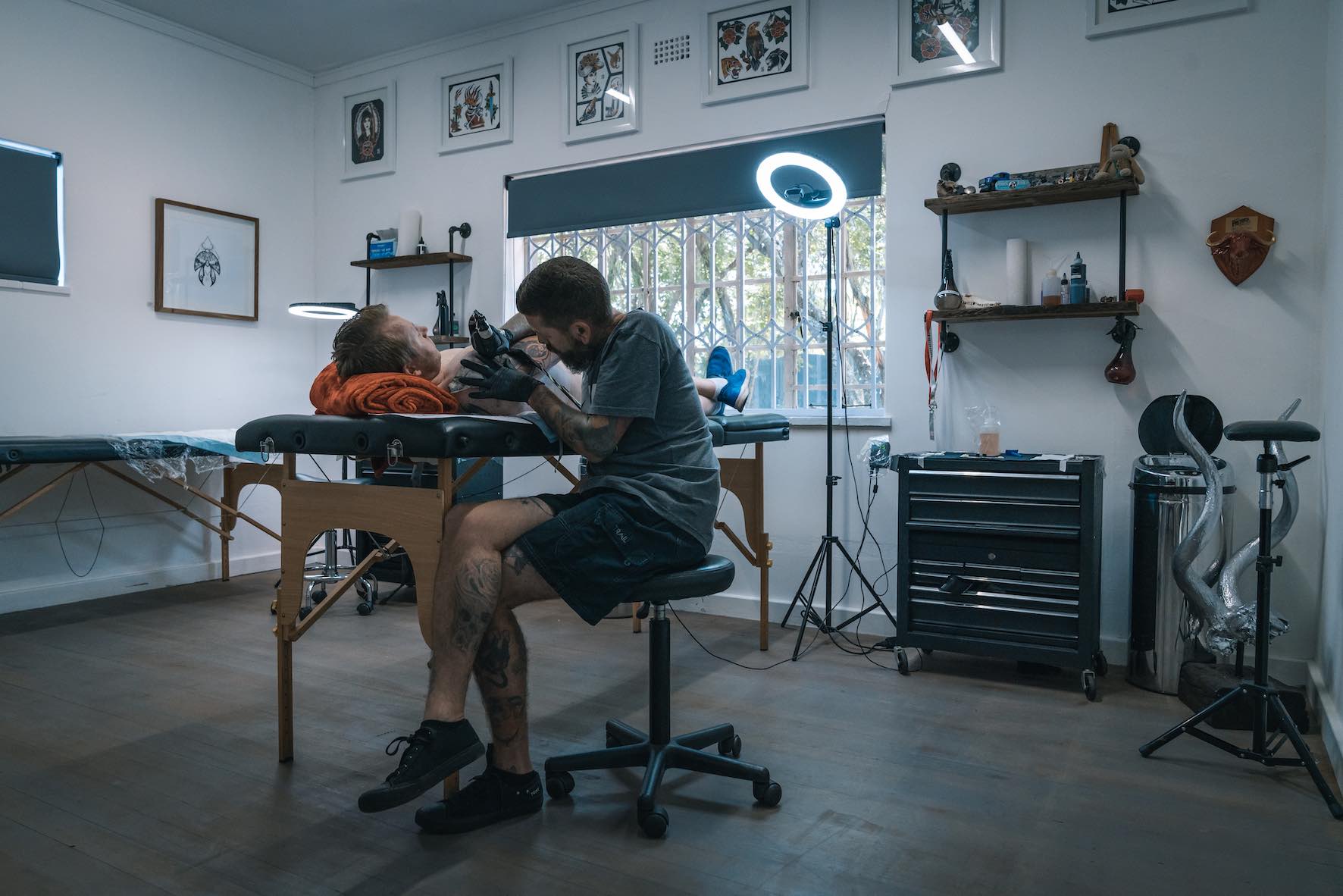 Roxy began her road to what has become a successful career in tattooing, moving over an incredibly sought after position as a resident artist at The Black Lodge and has been working with Fallen Heroes since 2018.
Roxy has a distinctive illustrative style and has carved herself out a niche in South Africa in tattoo style, as well as an illustrator. A humble artist with a thirst for knowledge, Roxy would like to spend the next few years learning from her fellow artists and improving her craft.

Kyle Ter Steege, also known as Lucky 13 has been in the tattoo industry for six  years and has been tattooing for four. He is an all rounder in terms of style and loves doing a bit of everything.
After a two year residency at the prestigious Ting’s Tattoo Kyle made the move to Fallen Heroes. He draws influence from DJ Tambe, Cris Rigone and Thys Uys, and loves the art of Van Gogh and Salvador Dali because of their twisted and abstract styles.

After high school I went to go study LLB Law at Tuks and it wasn’t a life I could imagine. So I dropped out and started my tattooing career. Best decision ever. I don’t work a day in my life.
I get a lot of my inspiration from music and other artists or artworks, and from my clients and the ideas they bring to the table. Specialising in black and grey realism for now, I love doing anything realistic but artsy portraits are definitely my favourite. I do want to get into some more colour in the future though.

Every aspect of a client’s experience at Fallen Heroes has been taken into account. From first contact to consult to booking, no small detail is overlooked. Their client’s wellbeing is top priority, each individual tattoo station is subjected to hospital standard disinfection before and after every piece.

At Fallen Heroes you can be assured that we will nurture your ideas to create a custom design that has been lovingly etched onto your skin in a warm, comfortable and inclusive environment. 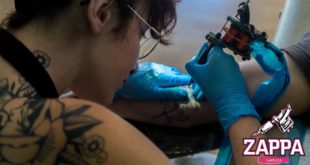 With a passion for illustrative and detailed black work, we bring you Kat Richter as ...