The Audi Nines MTB 2021 event has drawn to a close with the venue absolutely shredded to pieces by the world’s top Slopestyle and Freeride Mountain bike riders. From top to bottom, the Quarry has been inundated with non-stop tricks and heavy lines, including phenomenal world’s firsts from Caroline Buchanan, Elias Ruso, Sam Hodgson and Emil Johansson.

Debuting their skills on this global stage were nine highly talented women with an incredibly diverse mix of backgrounds and experience. From day they have pushed through individual boundaries and collectively raised the level to new heights. They are only just getting started, and the momentum created over the five event days will carry far into the future and beyond the realms of Audi Nines. 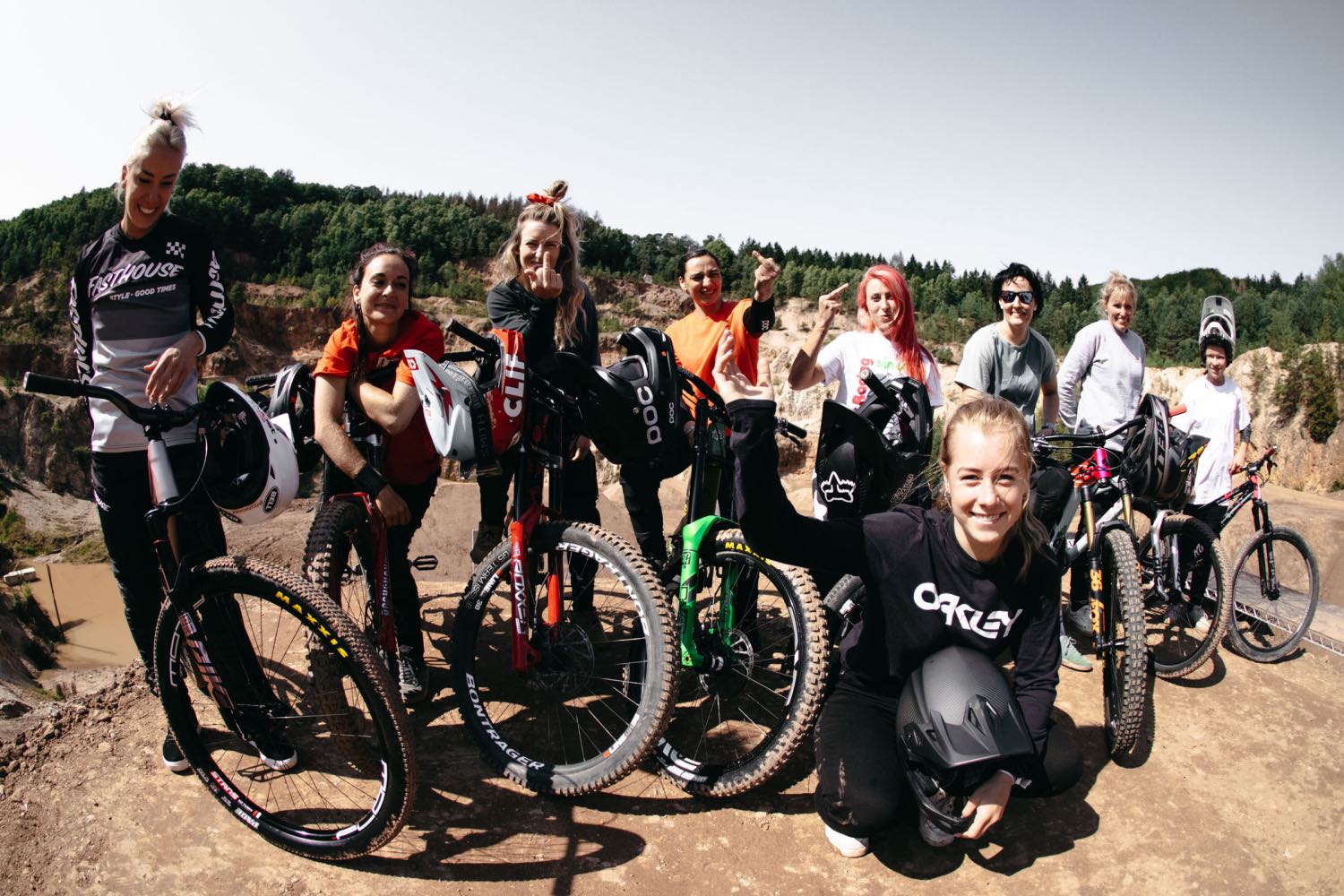 Rider-voted Ruler of the Week, Robin Goomes was absolutely unstoppable. She stepped up to the plate and attacked the vast venue, stomping run after run on the entire course, including the Big Air kicker and the formidable 18m Freeride Line hip. 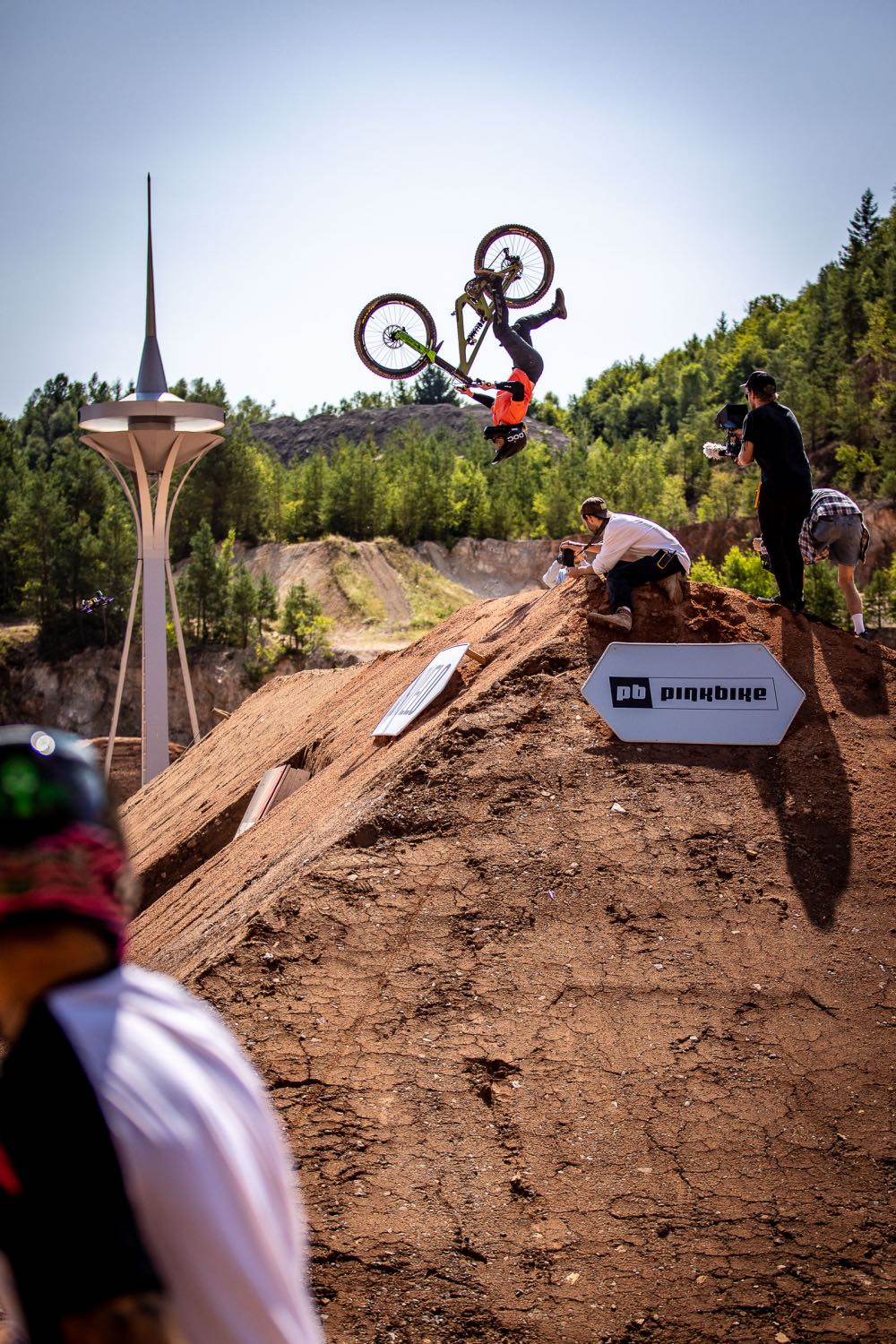 Caroline Buchanan has only recently hung up her racing BMX but has made a seamless transition with her debut to Mountain Biking. Buchanan landed a perfect Frontflip on the Jam Line, her first-ever attempted on dirt, and took the win for the Women’s Best Trick category. Watch the video HERE. 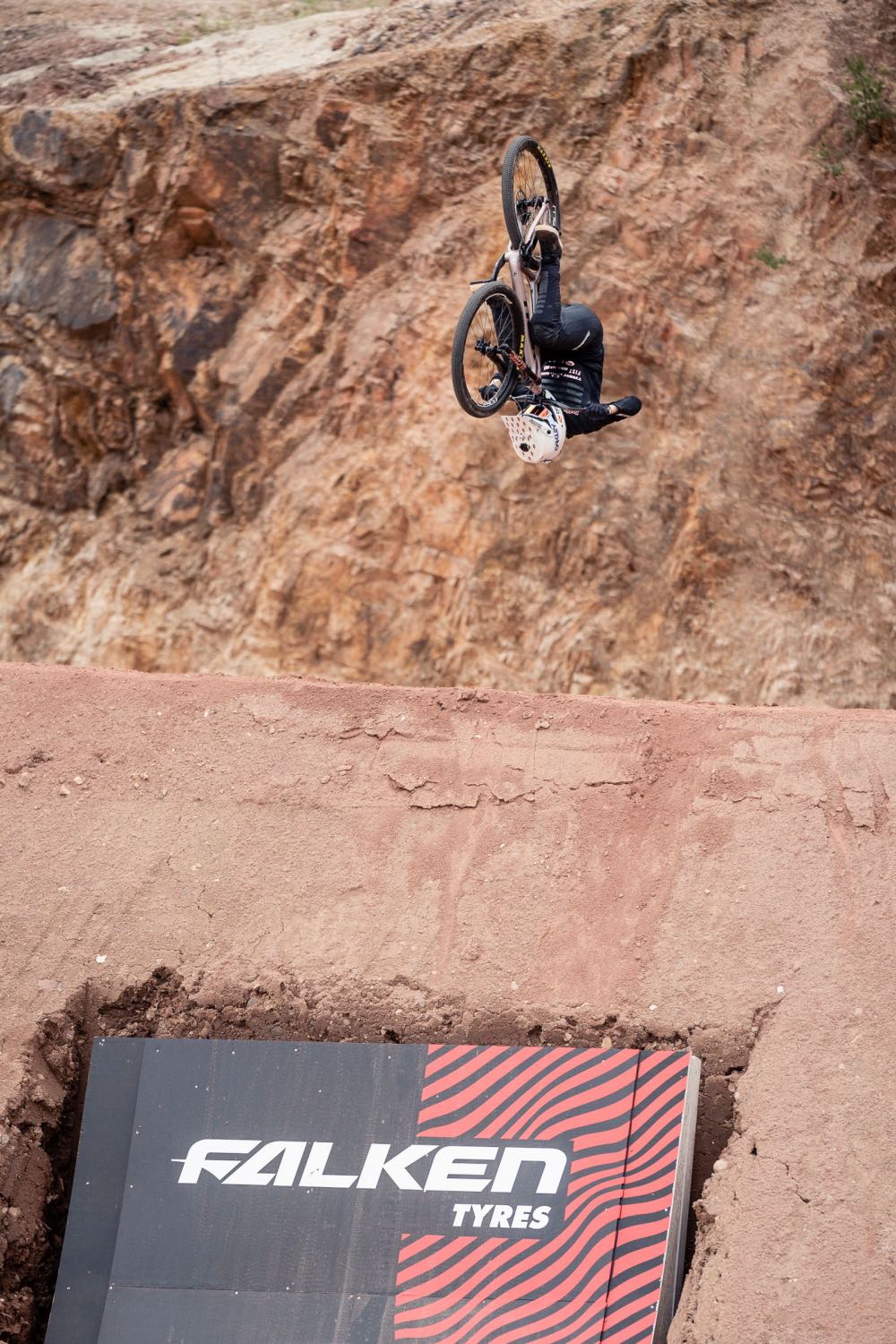 Sam Hodgson executed a flawless Backflip Superman to late Tailwhip over the Big Air kicker, which has never been done.

This was followed up by Elias Ruso, landing a world-first Frontflip Heel-Clicker on a downhill mountain bike. Watch the video HERE. 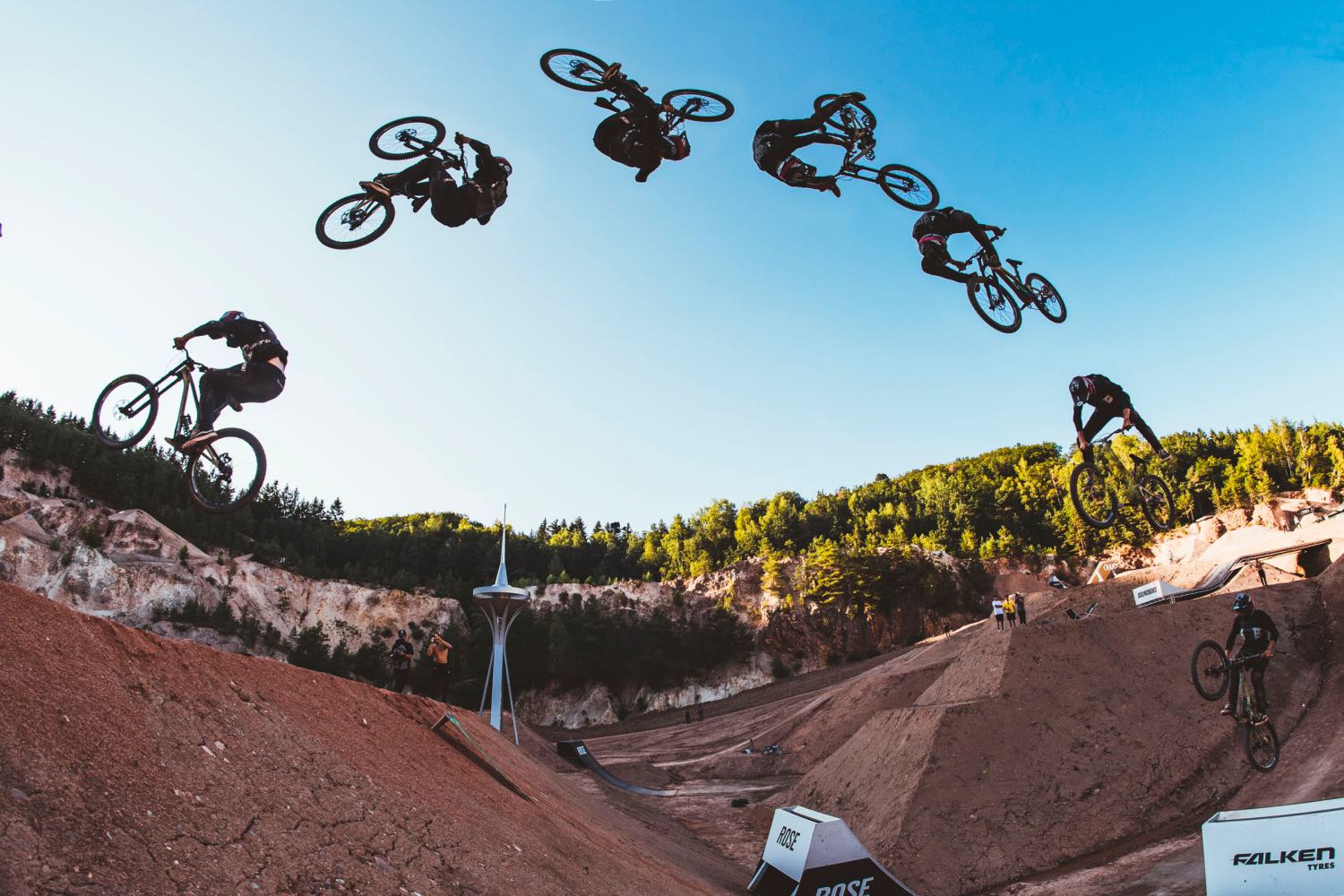 Emil Johansson landed a perfect 360 Double Downside Tailwhip to Barspin, which has never been done before. He also took the win in the slopestyle category, as voted for by the riders. 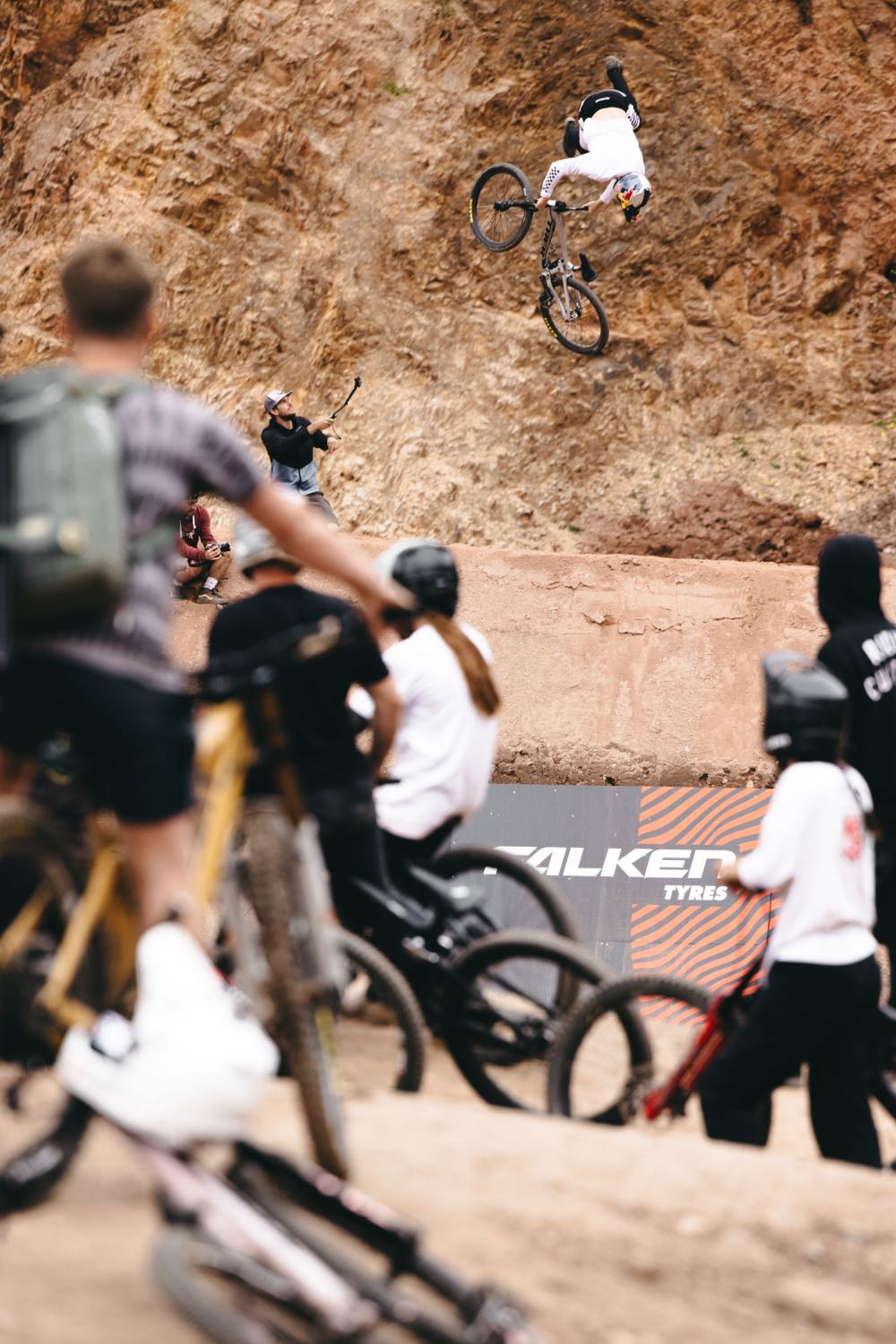