The Cabanas Hotel lawns at Sun City were alive with Action Sports as the 2019 instalment of the ULT.X Action Sports Festival took place from 15- 17 March. A host of top local Skateboarders battled it out in the skate plaza, while a contingency of BMX riders competed for top honours on the tightly built park course. 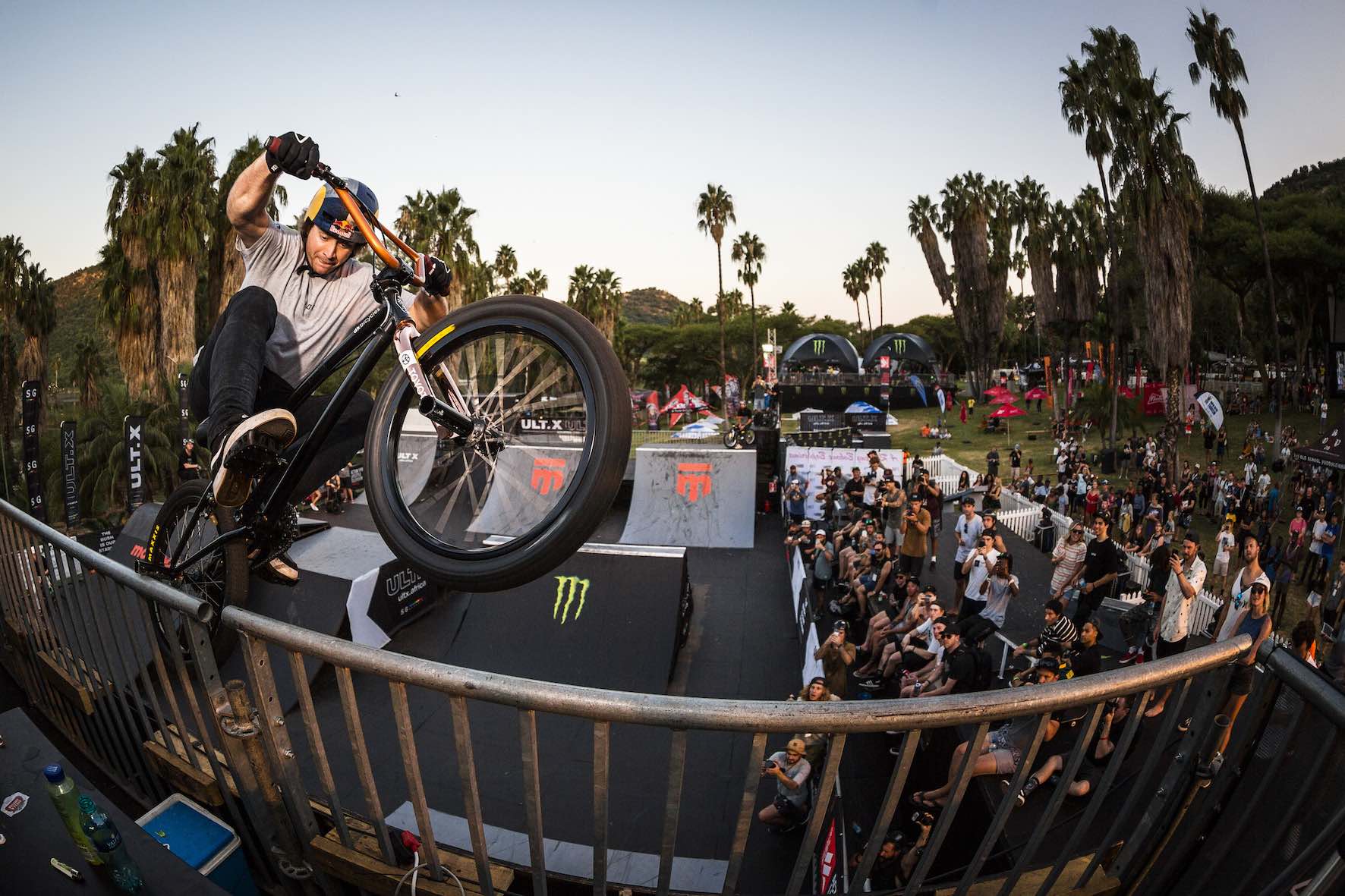 The BMX contest saw a huge line-up of riders from almost every continent, featuring some of the world’s best. The super fun but tight park setup forced riders to think out the box and focus on catching transitions as smooth as possible, as there was not much space for pedalling in between the ramps. 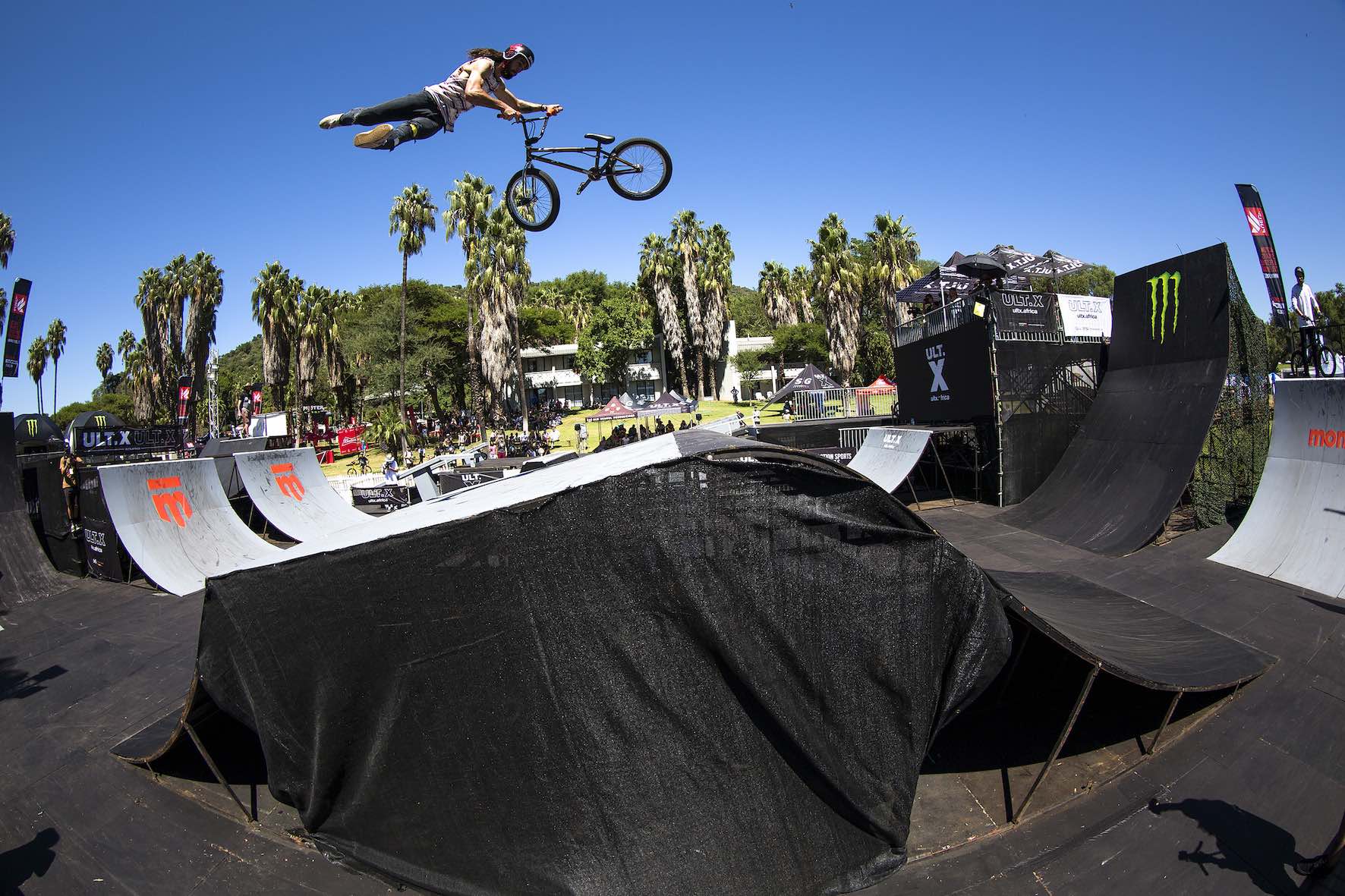 It was an awesome display of some of the best park riding ever seen on African soil. The likes of Drew Bezanson, Murray Loubser, Alex Coleborn, Tristan Aarts, Brock Horneman, Vincent Leygonie, Mike Varga and Ben Wallace were in the mix with jaw-dropping tricks in their runs but it wasn’t enough to contend for the podium. The podium did see a Monster Energy athlete clean sweep in the form of:

Kevin Peraza in 3rd place. With the most original lines of the contest and the wildest tricks, it was a treat to watch Peraza session the course. Thrown into the mix were 270 Downside Whip Drop-Ins, a host Nose Bonk combos, and the crowd pleasing Superman Seatgrabs and 360 Whip to Tables. 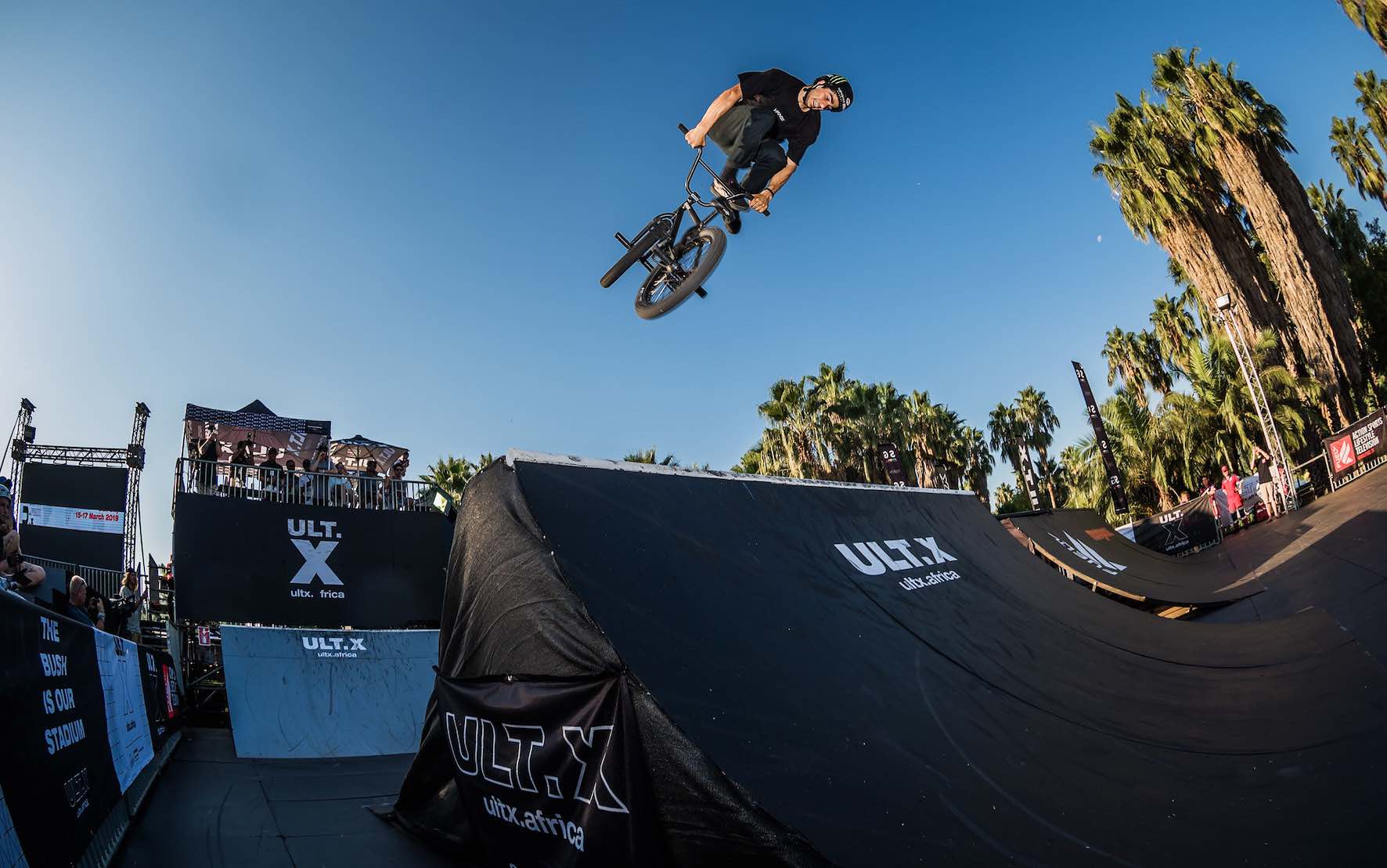 Bryce Tryon in 2nd place. A rider that is climbing higher in the ranks with every event he competes in. On a contest destroying war-path, Tryon gelled well with the course using it to his full advantage and pulling off stylish Transfers and Alley-Oops. Lacing runs packed with tricks and adding in Barspins where they were seemingly impossible, the runner-up podium position was well deserved. 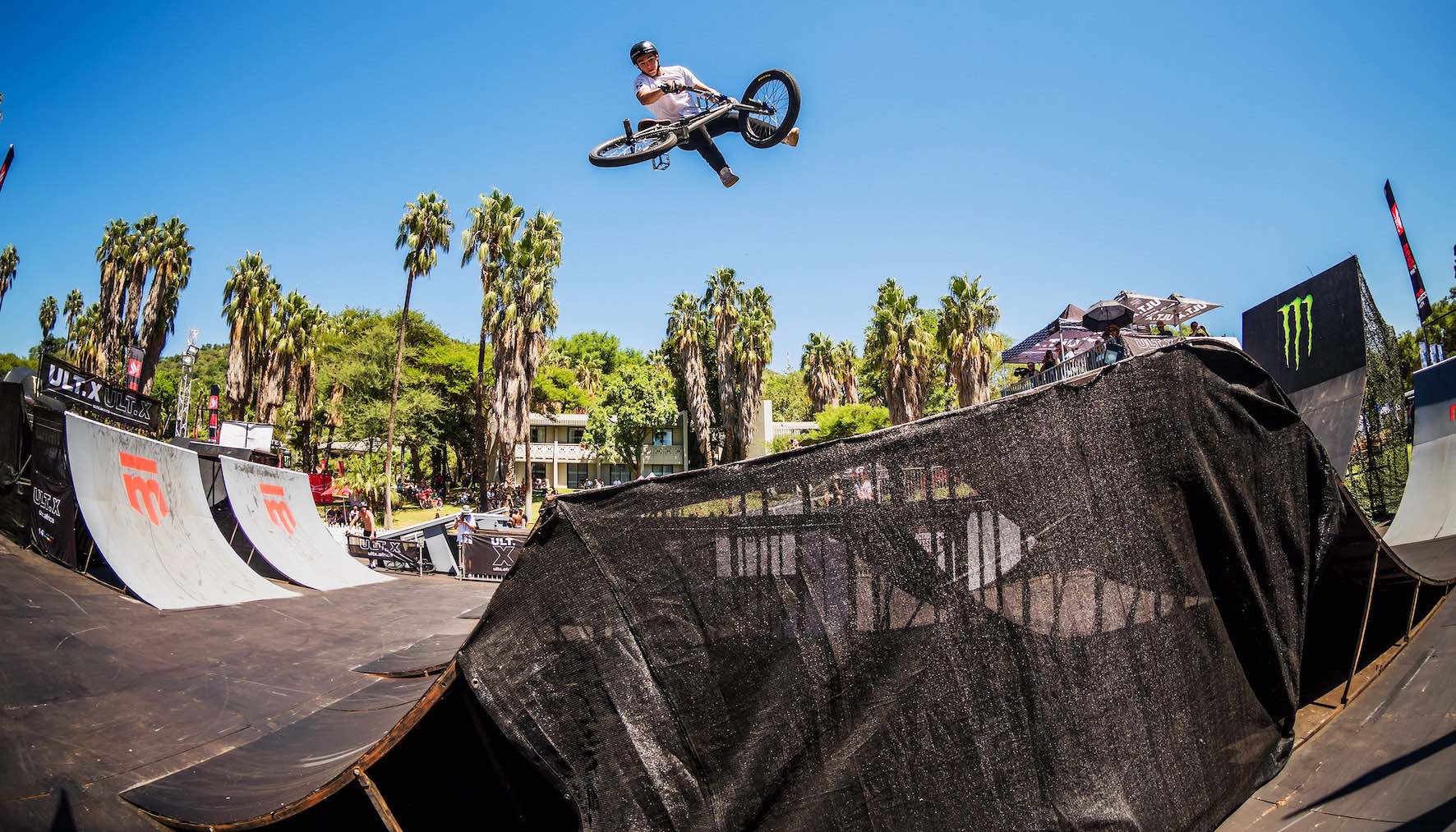 Pat Casey in 1st Place. Annihilating the entire setup with a winning run that stood out from the rest. Casey’s runs were packed with variation and burly tricks, including crazy looking Frontflip Flairs, that saw him claim the 2019 ULT.X Title. 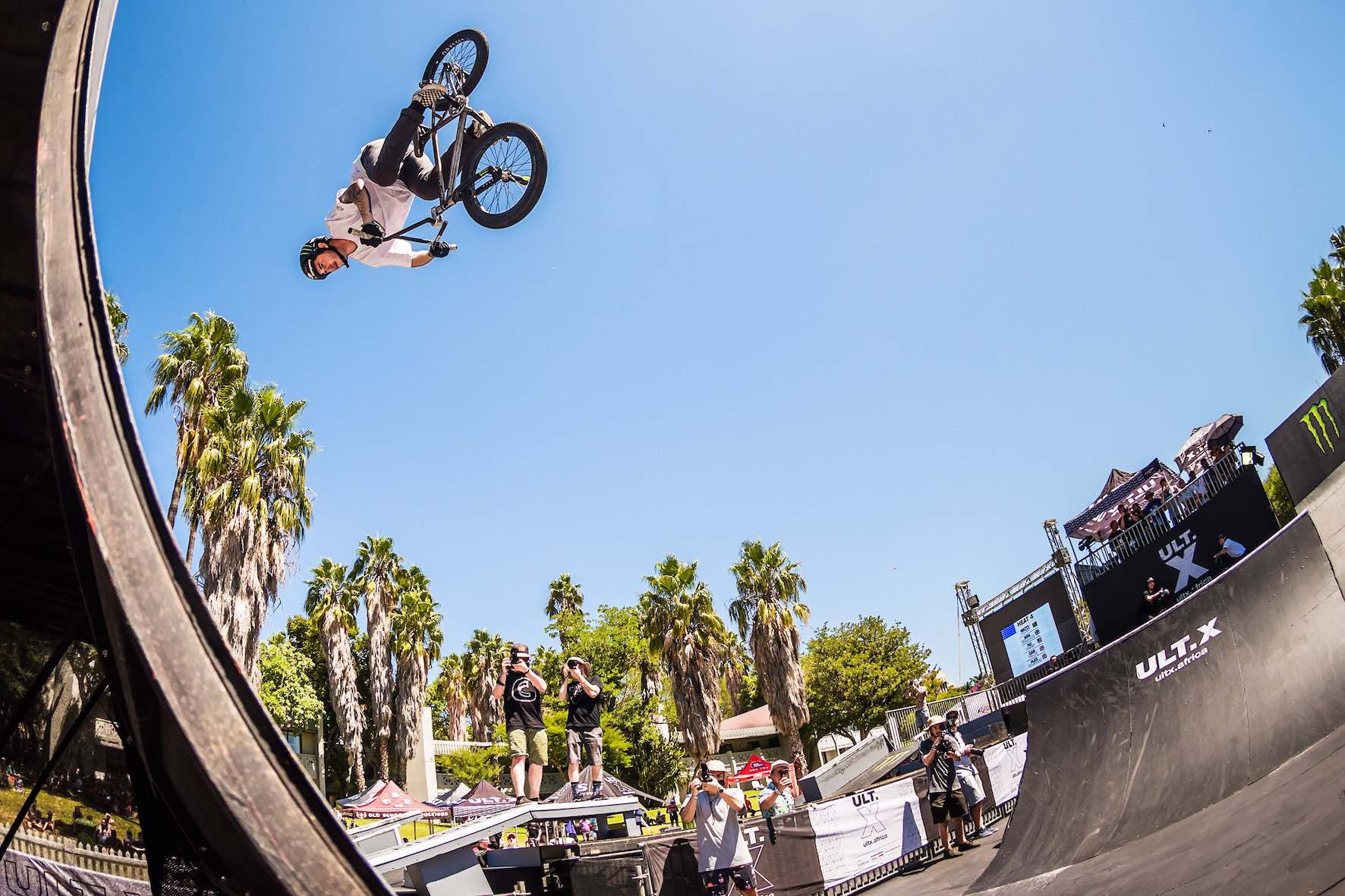 The BMX Best Trick contest saw a jam-packed, full-of-the-biggest-tricks, jam session take to the park. Drew Bezanson’s Ice Pick to the top of the fence above the Quarter Wallride was just mental, but it was Max Orsini who pulled, after numerous attempts, a clean Wallride to Bikeflip to take the win. 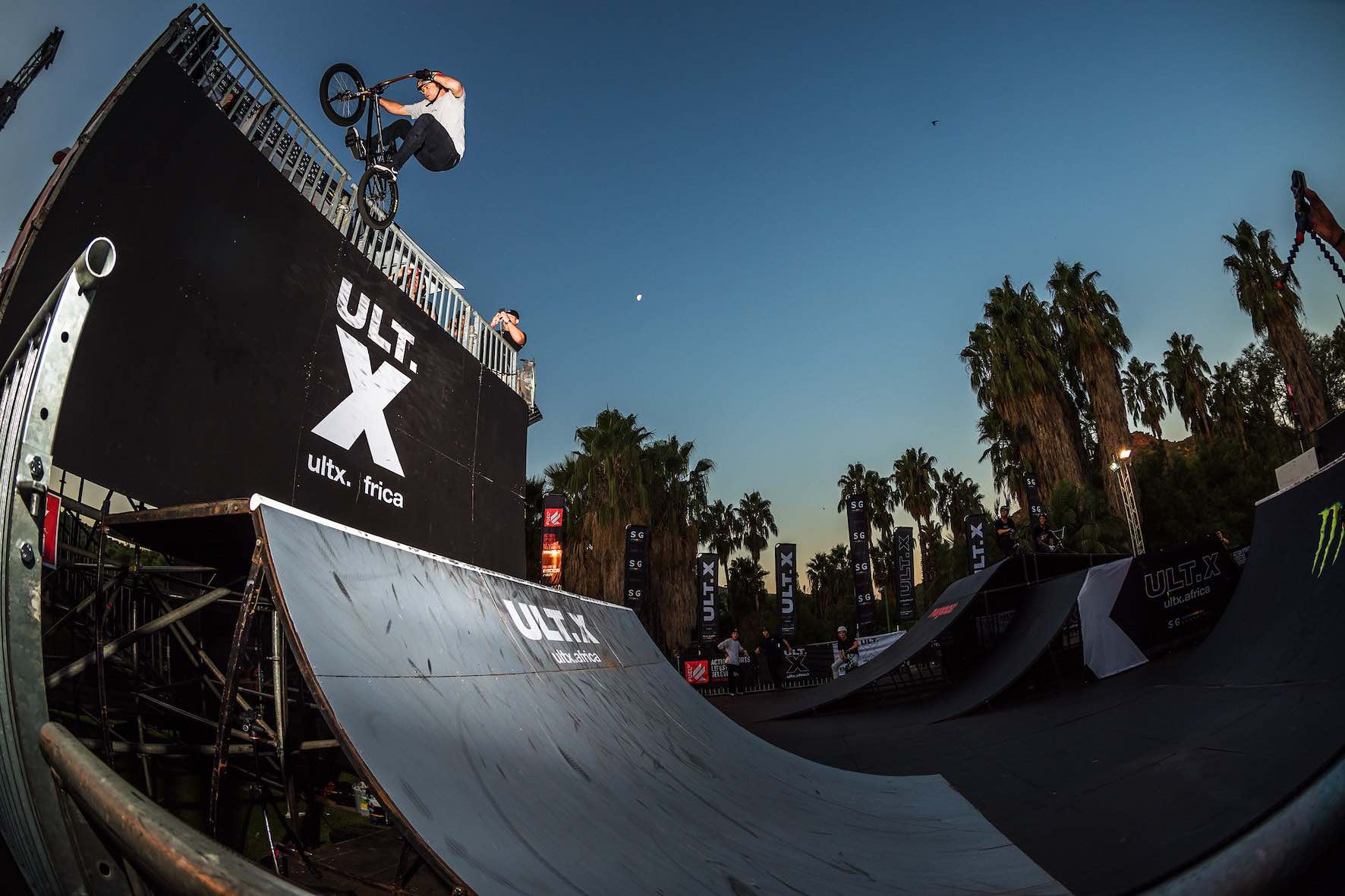 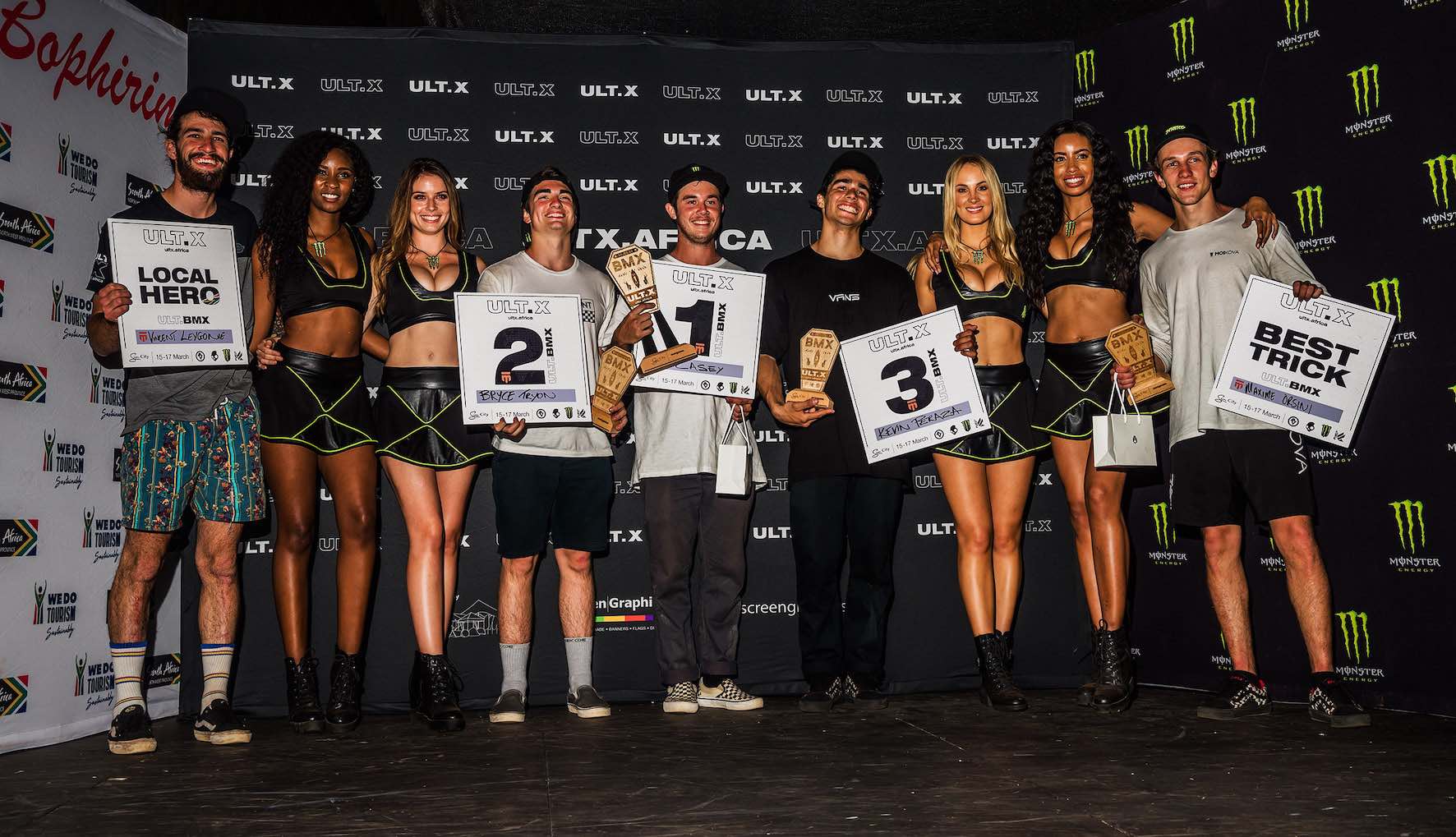 The Skateboarding contest was hotly contested with the country’s best battling it out in the obstacle filled skate plaza.

Braxton Haine put it all together when it counted with runs that impressed the judges enough to take the 2019 Ult.X Title. 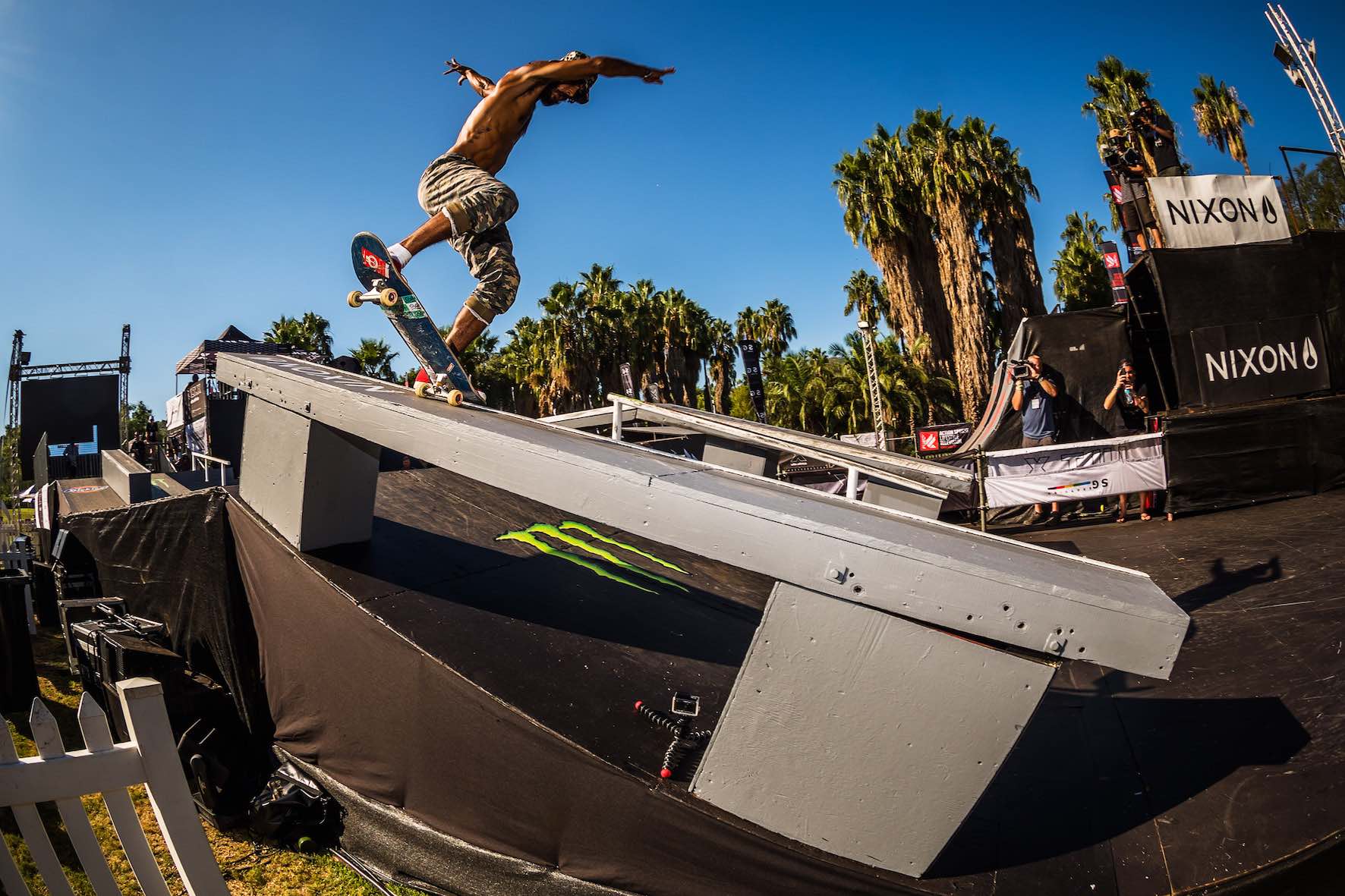 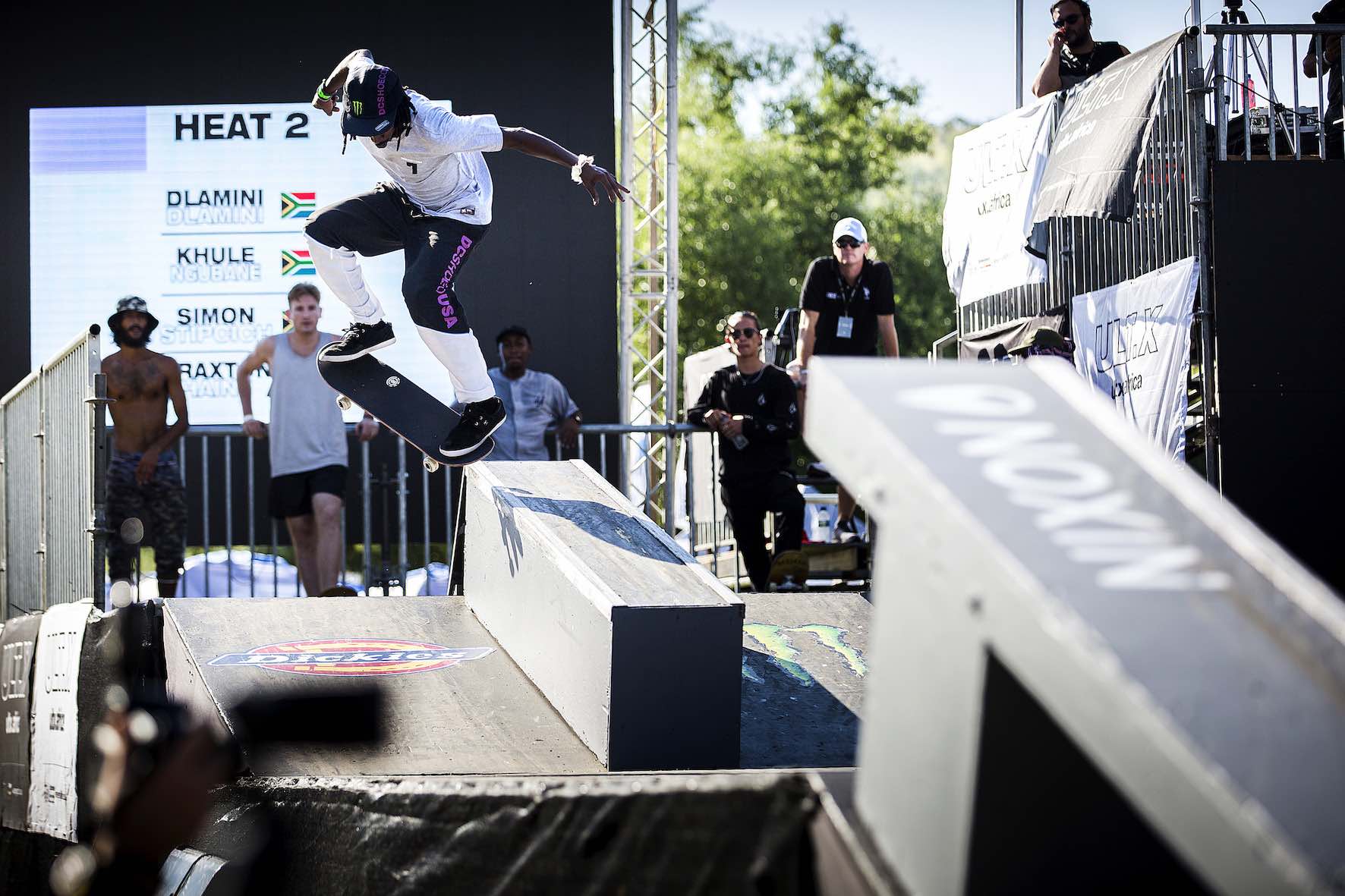 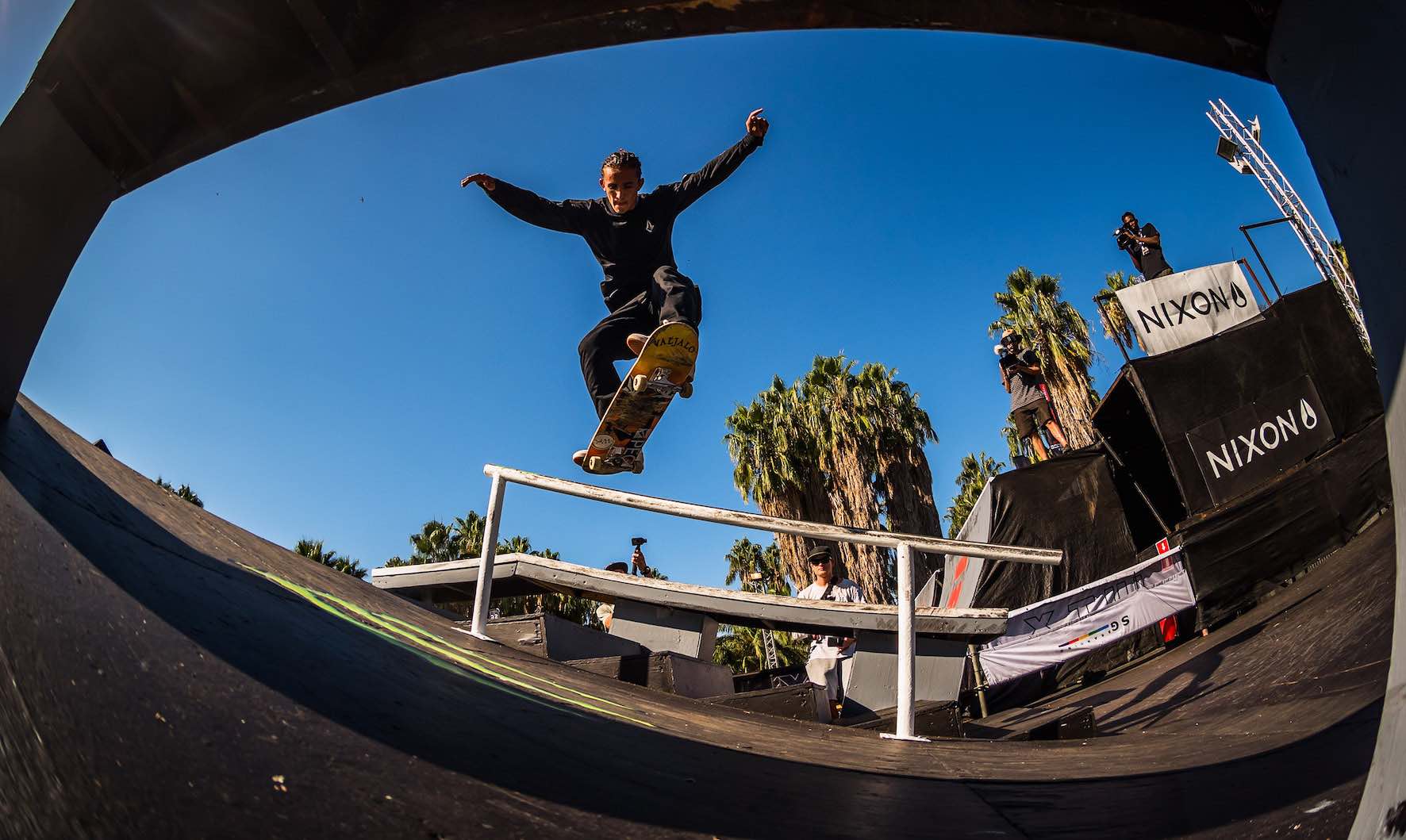 It was great to see Simon Stipcich back in action and his Nollie Flip Frontboard saw him take the Skate Best Trick win. 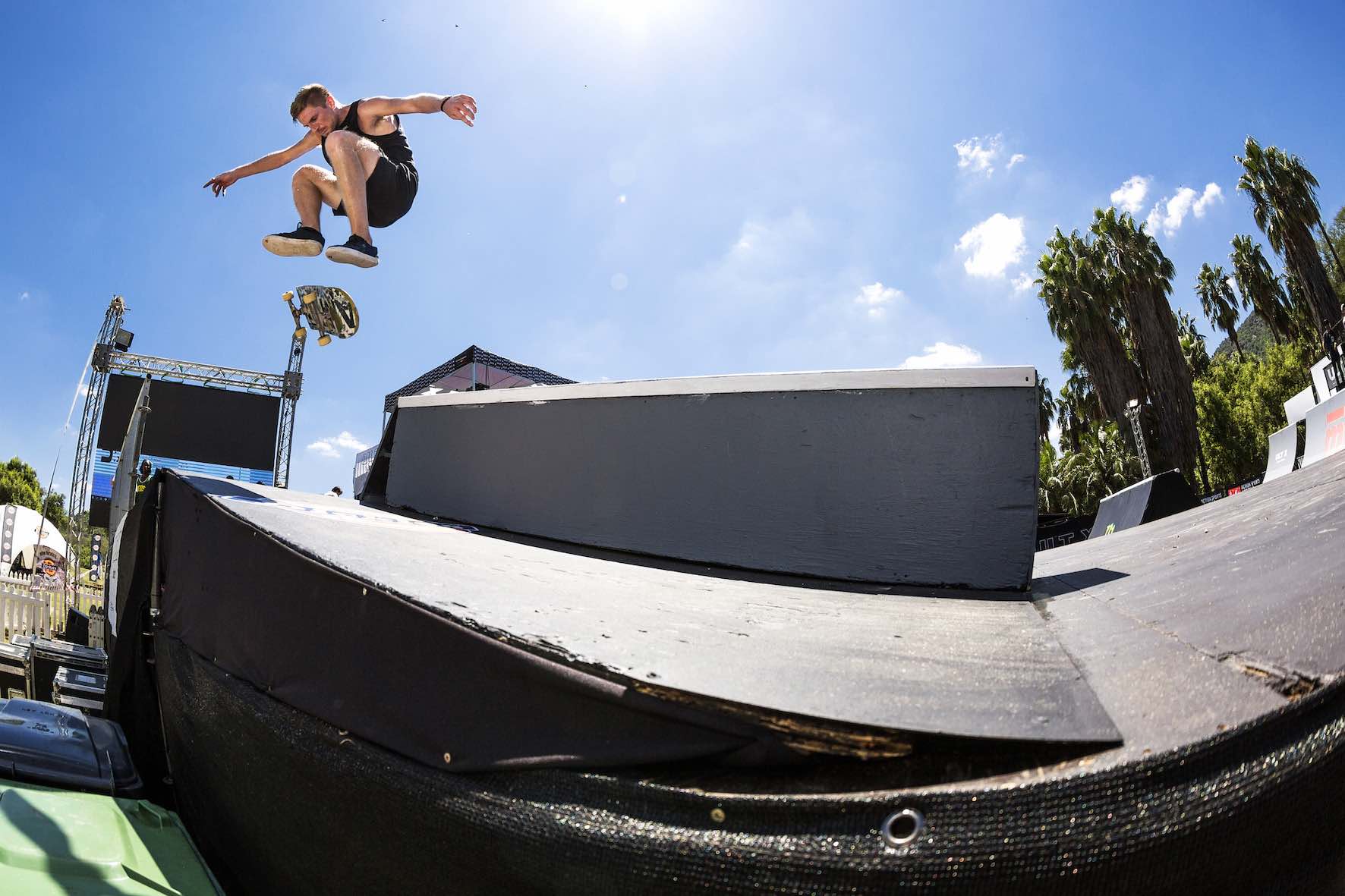 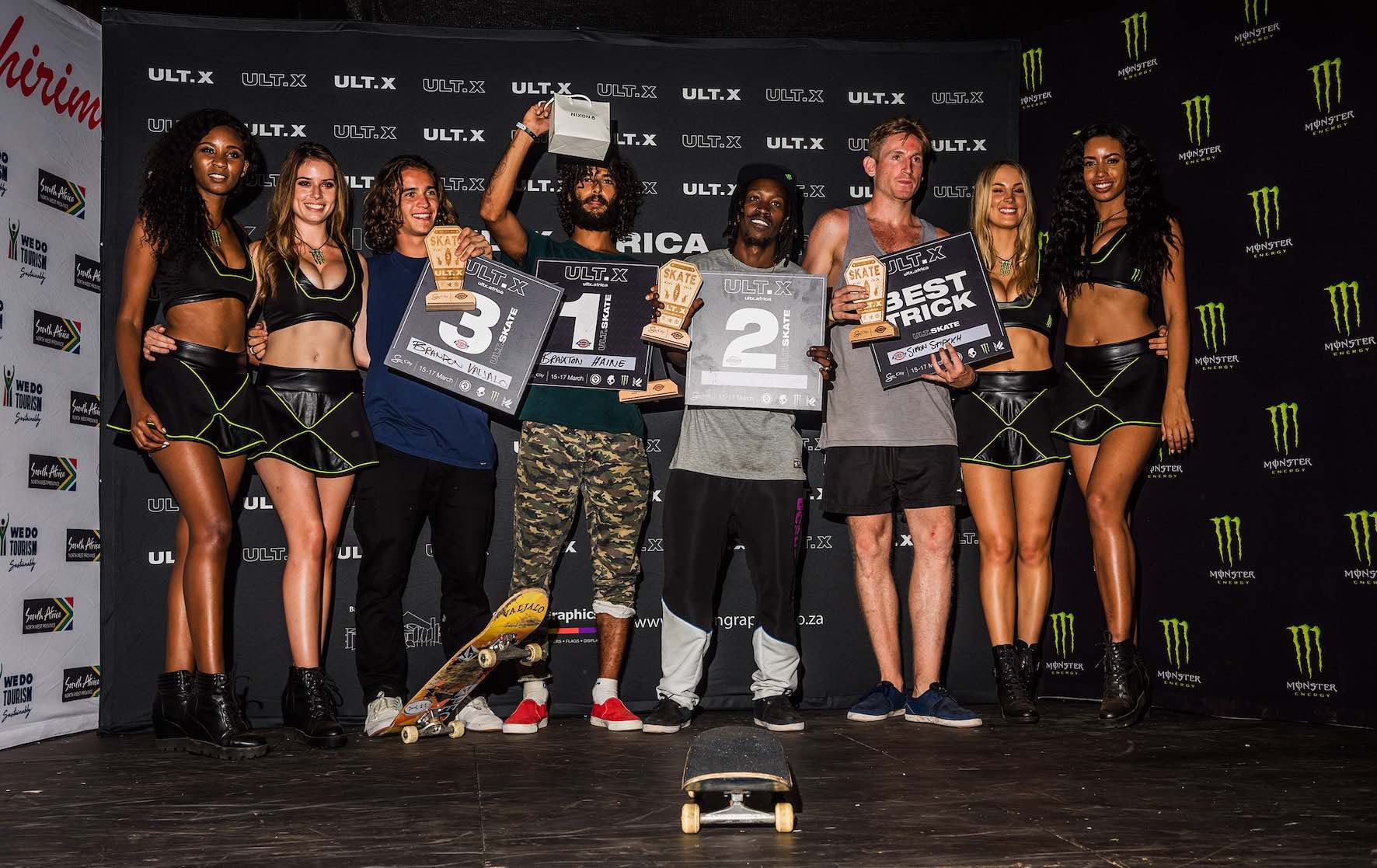 ULT.X 2019 was capped off with a brilliant performance by none other than SA’s Afrikaans superstar rapper, Jack Parow. 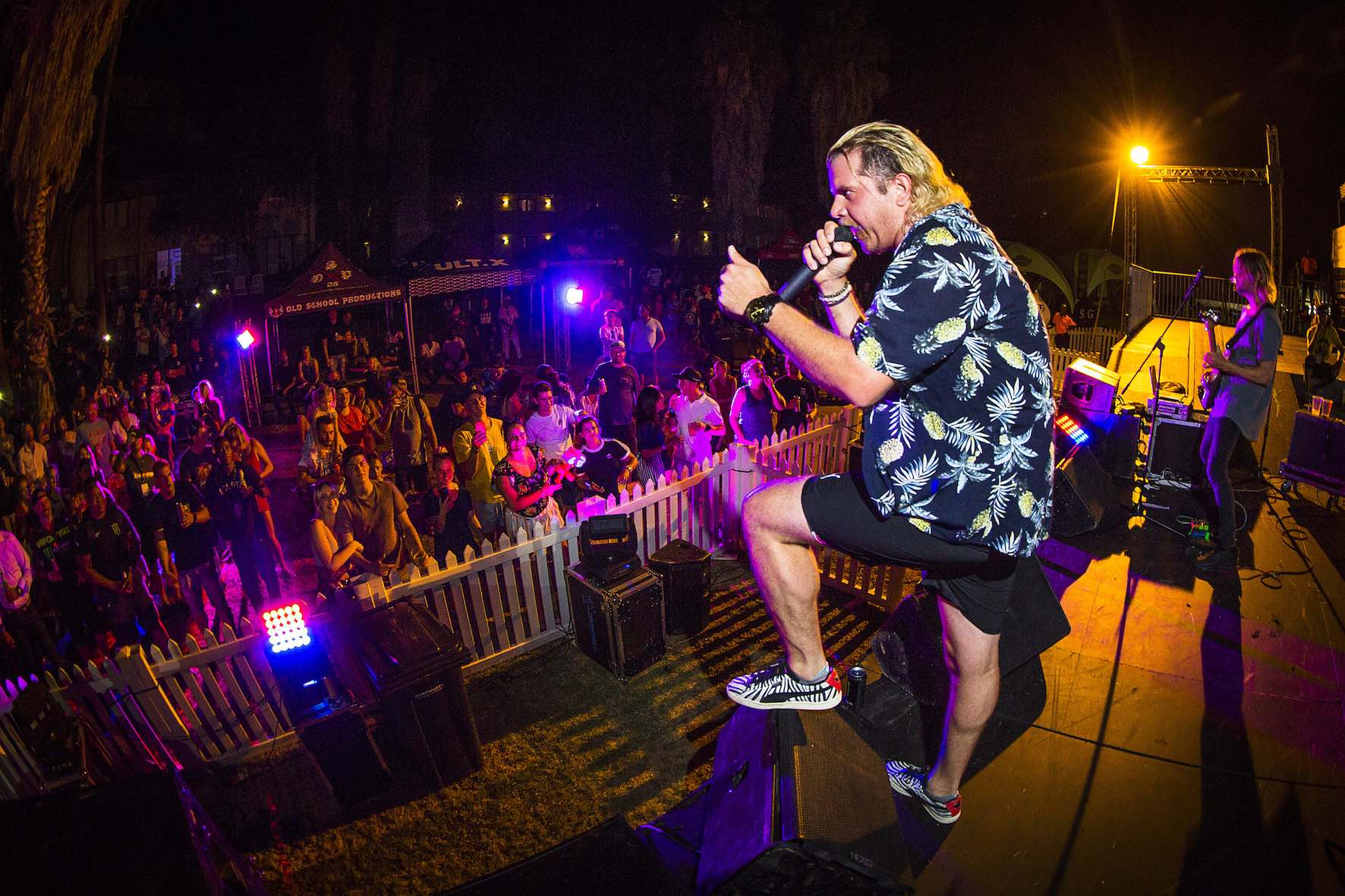