Reflections, the latest Wakeskate video project offering from Red Bull released on Monday and has since been the topic of discussion through the industry.
Matti Buys (SA) and Brian Grubb (USA) are featured wakeskating some of Durban’s most iconic spots including the Durban Point Waterfront Canals, uShaka Marine World and the Beachfront Pools. Ramps and kickers were put into place to enable the athletes to perform tricks that you’d normally expect to see on a lake or public cable park, all this with the idea of hitting the obstacles in synchronise.

We caught up with Matti to get his thoughts on the project and the final video production. Here’s what he had to say… followed by the full video feature. 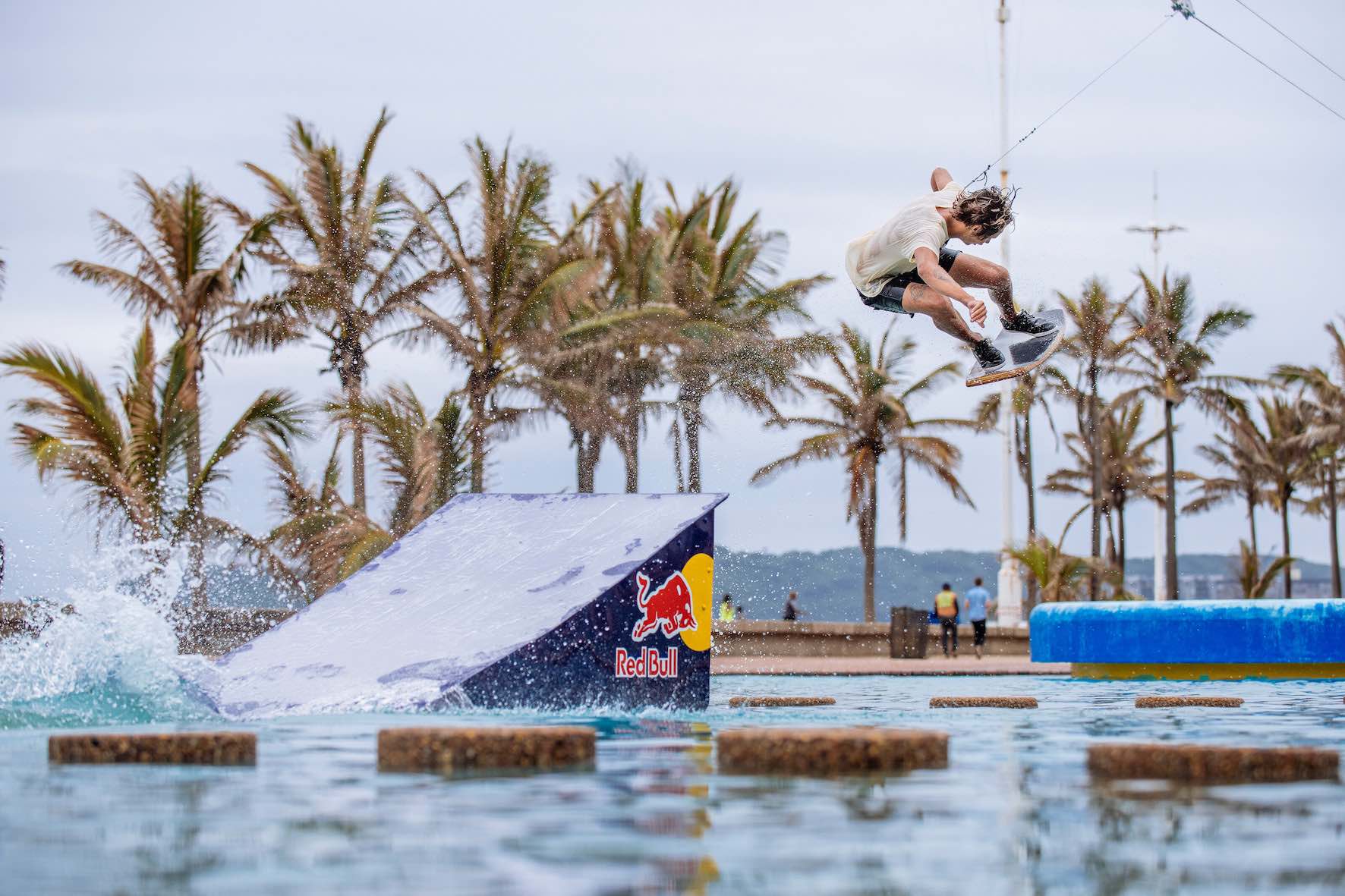 Now that Reflections is live, what thoughts/ emotions are running through your mind?
[Laughs] its been pretty manic and busy for the most part but in the best way possible. So far the response has been really cool and just to see how many wakeskaters and people in general are stoked is amazing. But overall just generally happy and overwhelmed with the response we have gotten.

How and when did the idea for this project come about?
A few of the spots I had always looked at and always wanted to hit in some way or another but had never really got the opportunity to do it. The other spots kinda fell into place as the planning went on but I would probably have to say that the first initial seed was planted around May last year when the guys at Red Bull got involved, from there what we could imagine became what we could do! 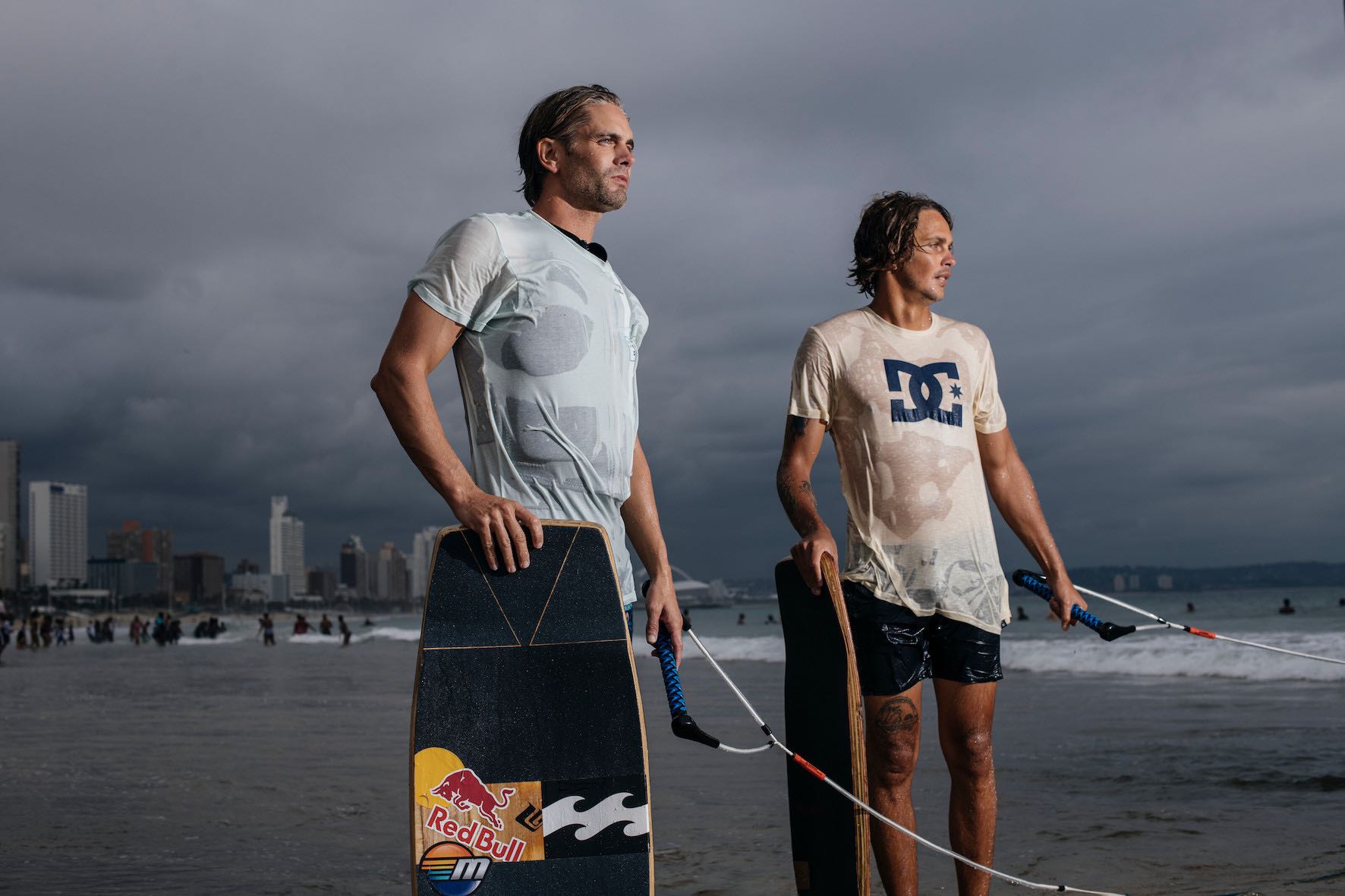 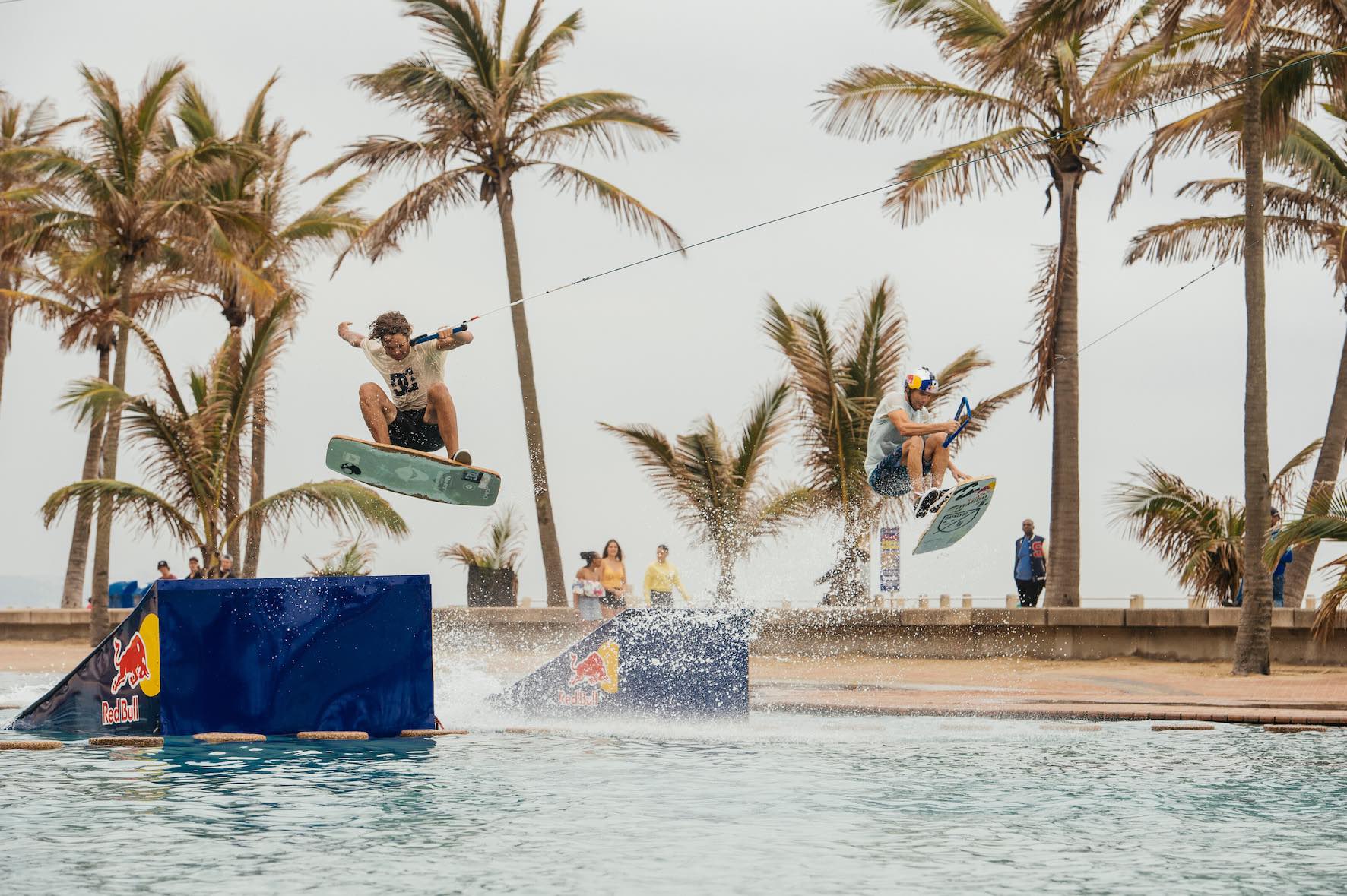 Take us through the experience of filming for this project?
It was a few days of really intense riding, from 4am to 7pm we were at it everyday regardless of what got thrown at us. It was honestly an emotional and physical roller coaster throughout the whole experience, from battling the wind and rain to lugging winches around everywhere to a few of the clips literally being on the last take and some of them coming to us with ease. All of this while riding alongside someone as iconic as Grubb while still involving some of my best friends was by far one of the most enriching experiences I have ever had, regardless of the ups and downs.

What was it like to Wakeskate locations that you’d probably never be able to ride again?
It was definitely different, I had just come off a trip to Brazil and Argentina riding your more traditional set ups and Grubb had just recovered from a foot injury so we were both getting used to the unique way you had to ride these spots. Everything had something tricky or different to it and with us both going at the same time it made it even tougher to coordinate, add this into time constraints with permits, etc, we definitely had a tricky time. Never the less there were a few times we had the chance to just take a break and actually soak in that “ok wow, we’re wakeskating in uShake Marine World right now”. 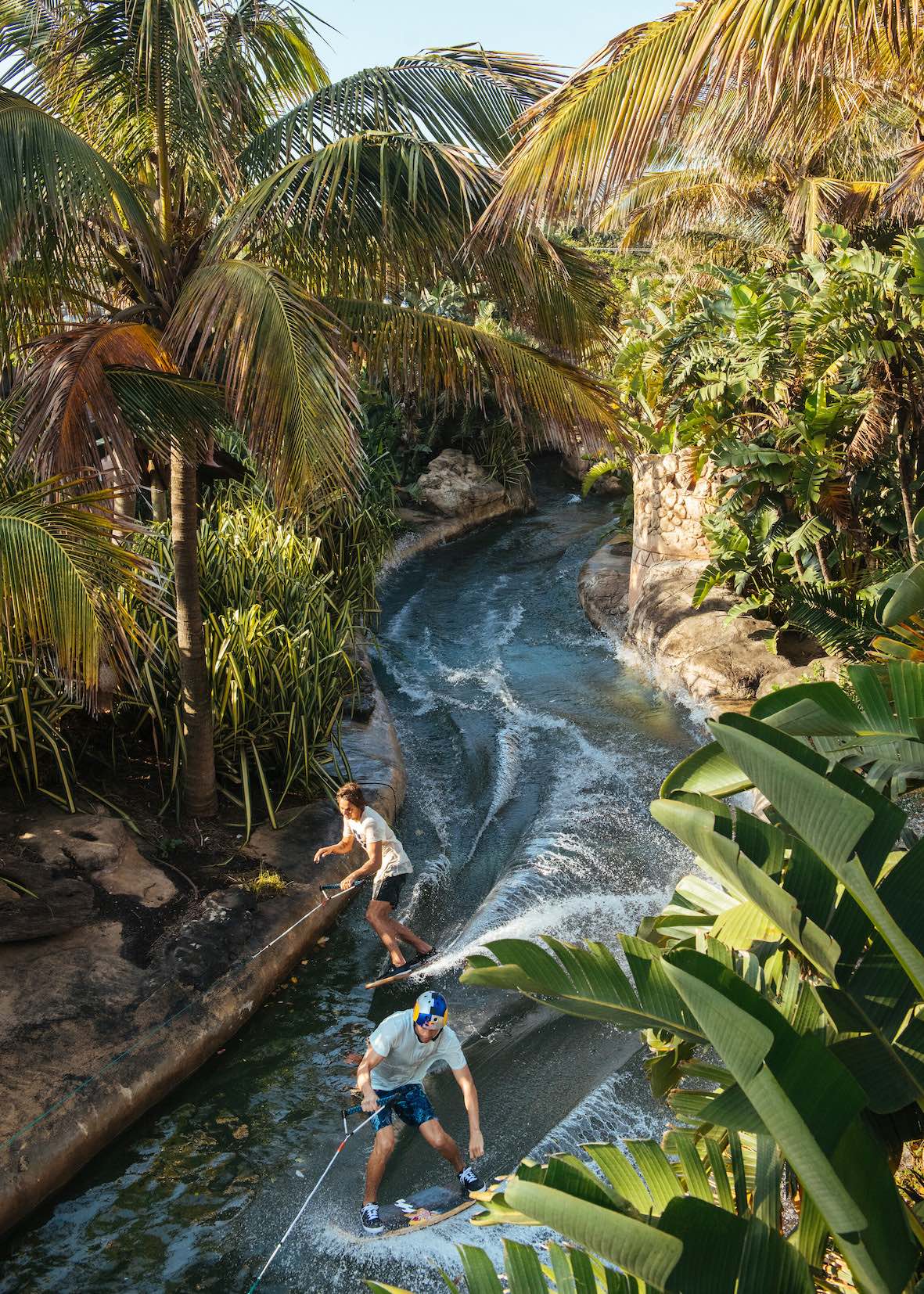 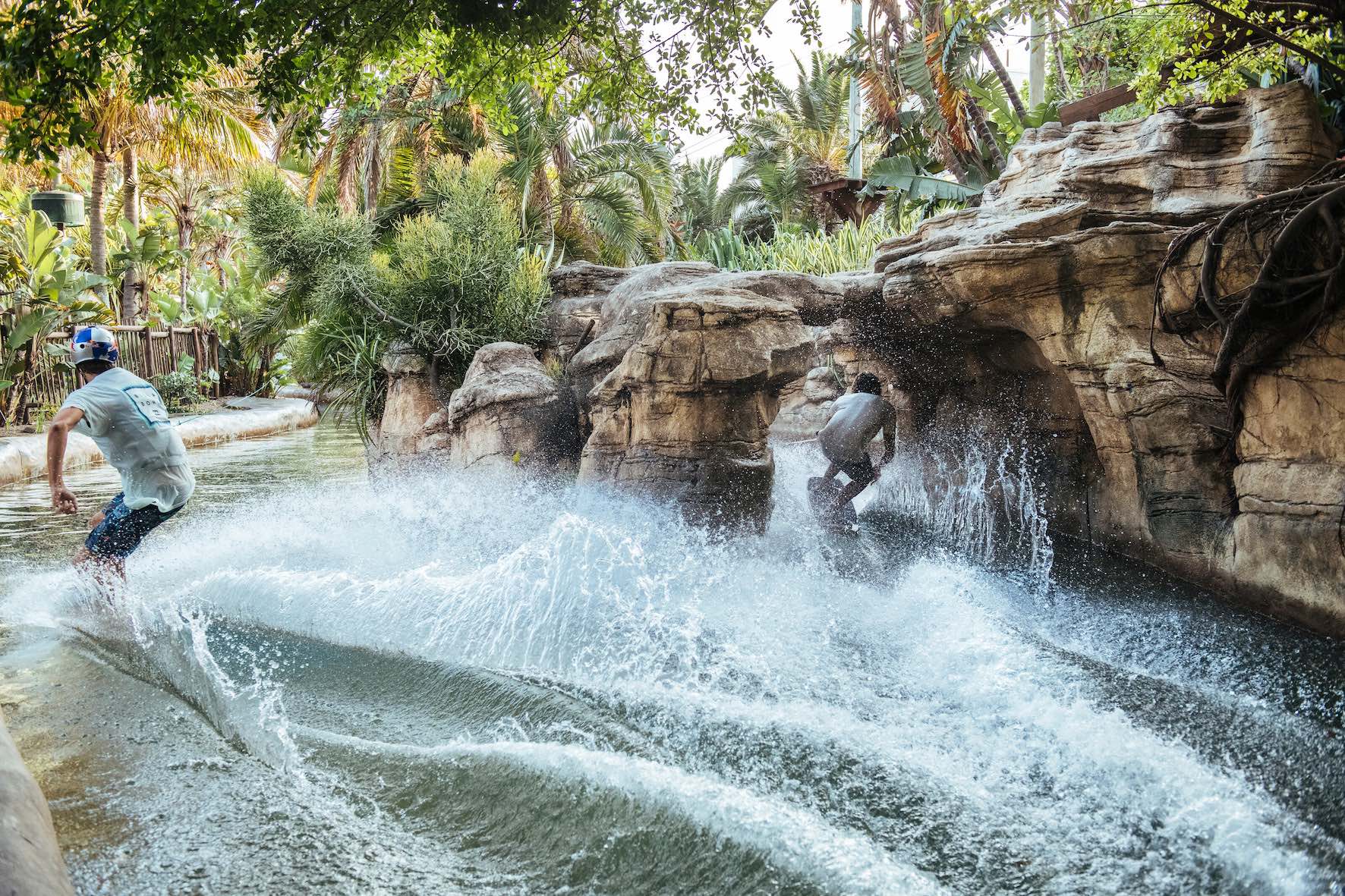 What were some of the difficulties you guys faced when setting up to ride the more unique locations?
One of the things that definitely took me back during our initial planning was all the red tape involved in a project of this stature. Permitting and safety procedures definitely required us putting in a lot of effort, from getting winch ropes signed off to risk assessments, vehicle permits, etc. Luckily with the team we had and the know-how of the industry we got through it and everything from that side ran relatively smoothly.

Which spots ended up being your favourite?
Thats a really tough one [laughs]. The beach winching at Moyo Pier was definitely one of the most fun afternoons we had during the shoot. The conditions were just perfect and everything a little less “scripted”, we kinda just went with the flow and let everything fall into place which was awesome. But every spot has its own story, so I still wouldn’t be able to pick my favourite as such. 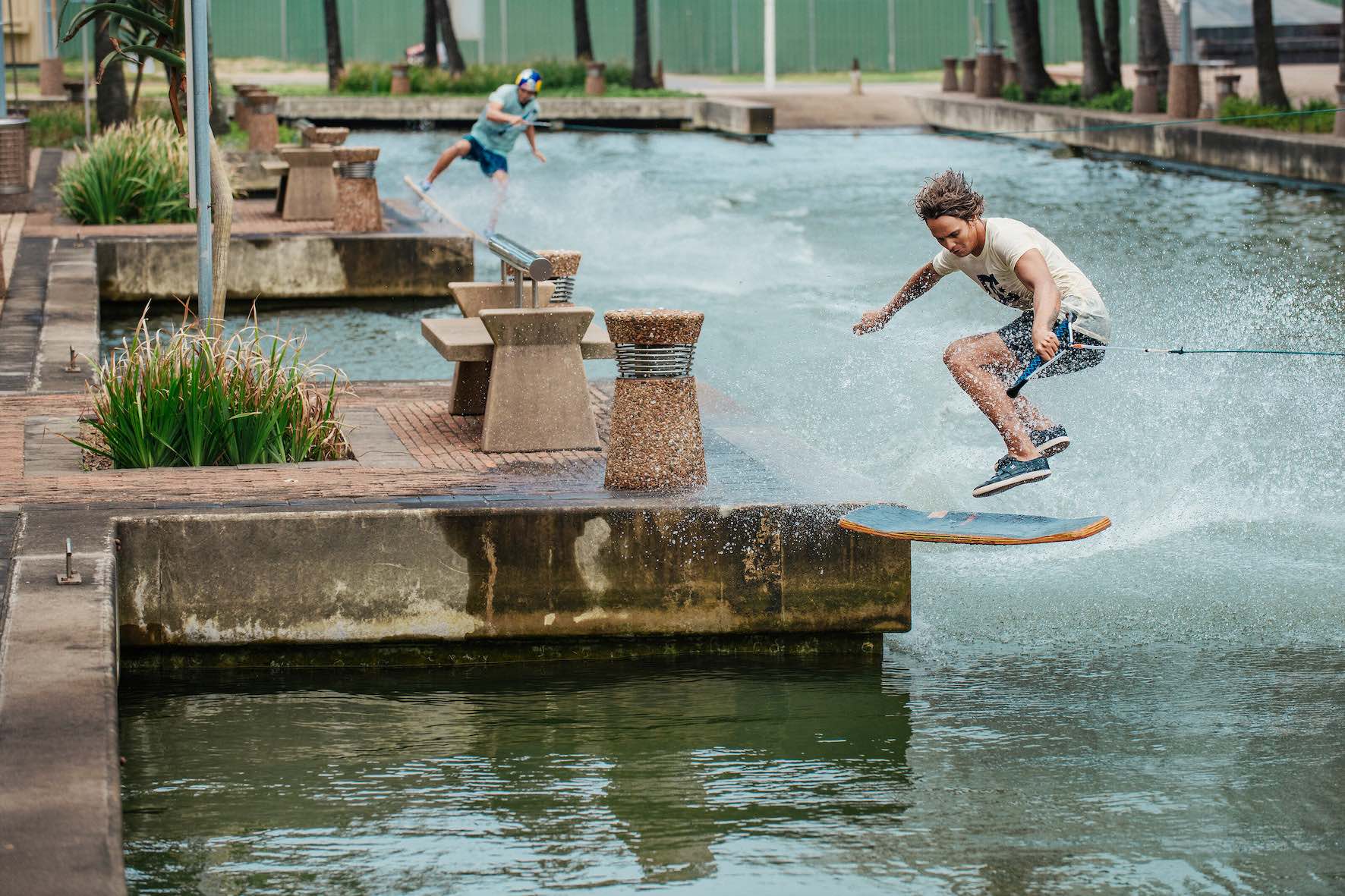 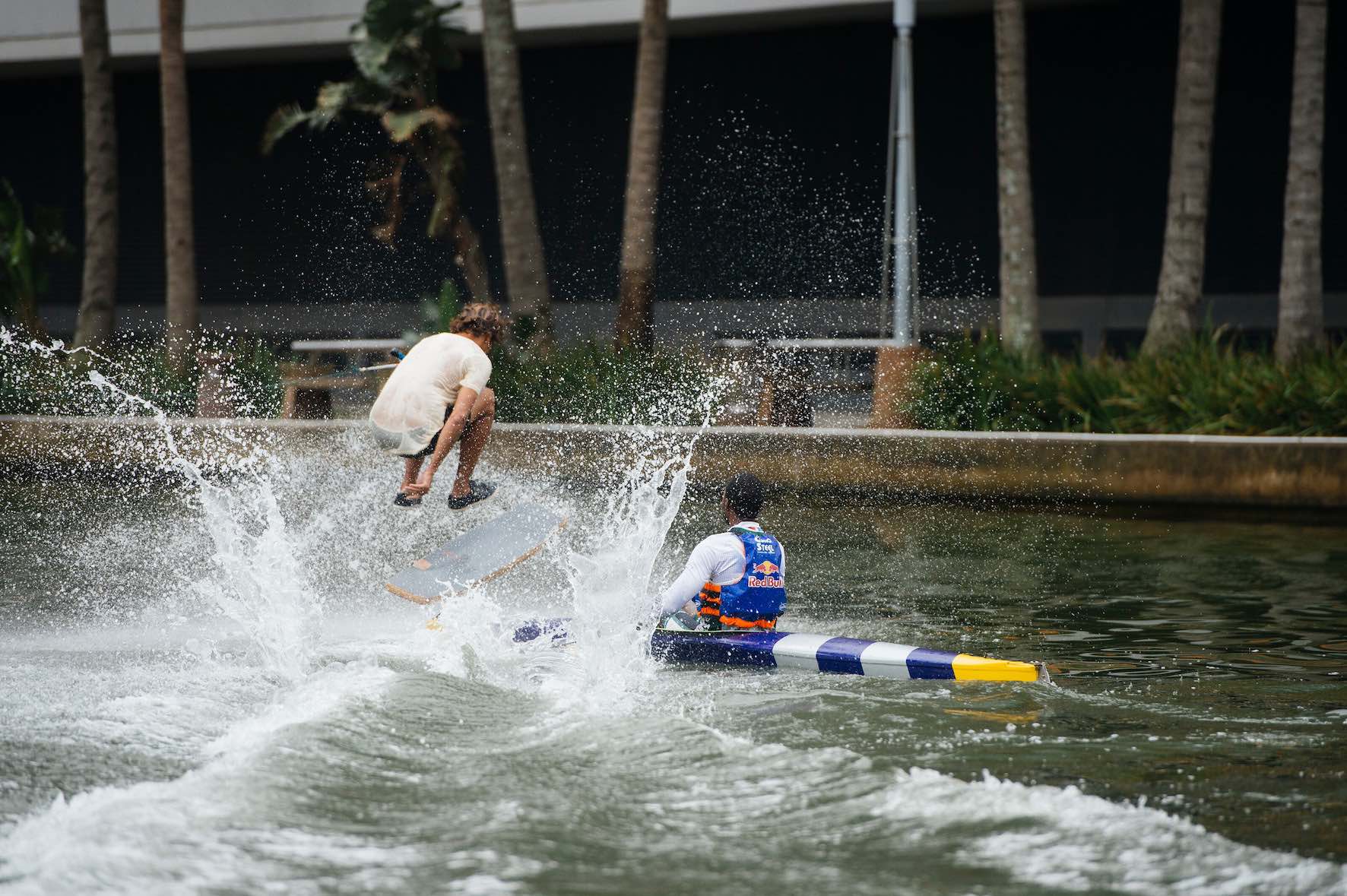 How long did you guys film at at each spot in order to get the perfect footage?
It depended on the day and some spots we went back to, but I would say on average 4 hours.

How would you best explain Brian Grubb as a wakeskater/ athlete?
Grubb is an icon in the wakeskate world, he has been there for as long as I have known and he still continues to push the boundaries of where the sport can be done and how creative we can get. All in all he has set the perfect example for how a wakeskater should behave as both an athlete and professional, and it was a real honour to work with him.

What was it like working and riding with him on this project?
Still probably my favourite question to answer. I met Grubb about 13 years ago at a Red Bull event in Joburg and I wasn’t even wakeskating yet but got to see him shred, he was also one of the first professional wakeskaters I got to see ride in the flesh and was a real eye opener. Fast forward to today and I am working on a project with him, which is just absolutely surreal Aside from the wakeskate fan in me I also got the opportunity to learn a lot from him when it comes to working on these kind of productions and what it all entails. Grubb is a legend in the sport and when you see the way he analyses and see’s the spots, angles, possibilities, etc, you begin to see why he has had the opportunity to, and continues to do the amazing things he has. 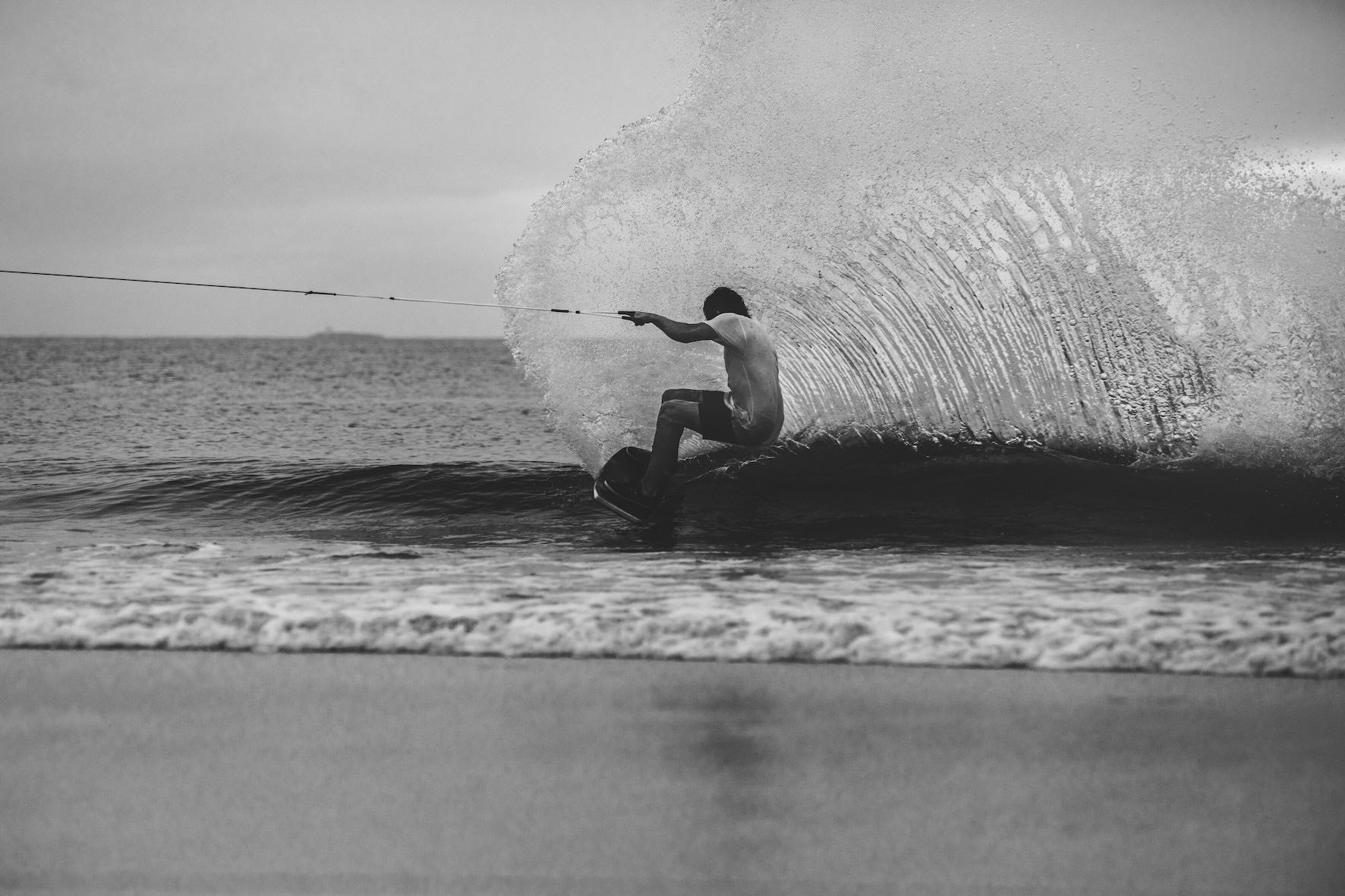 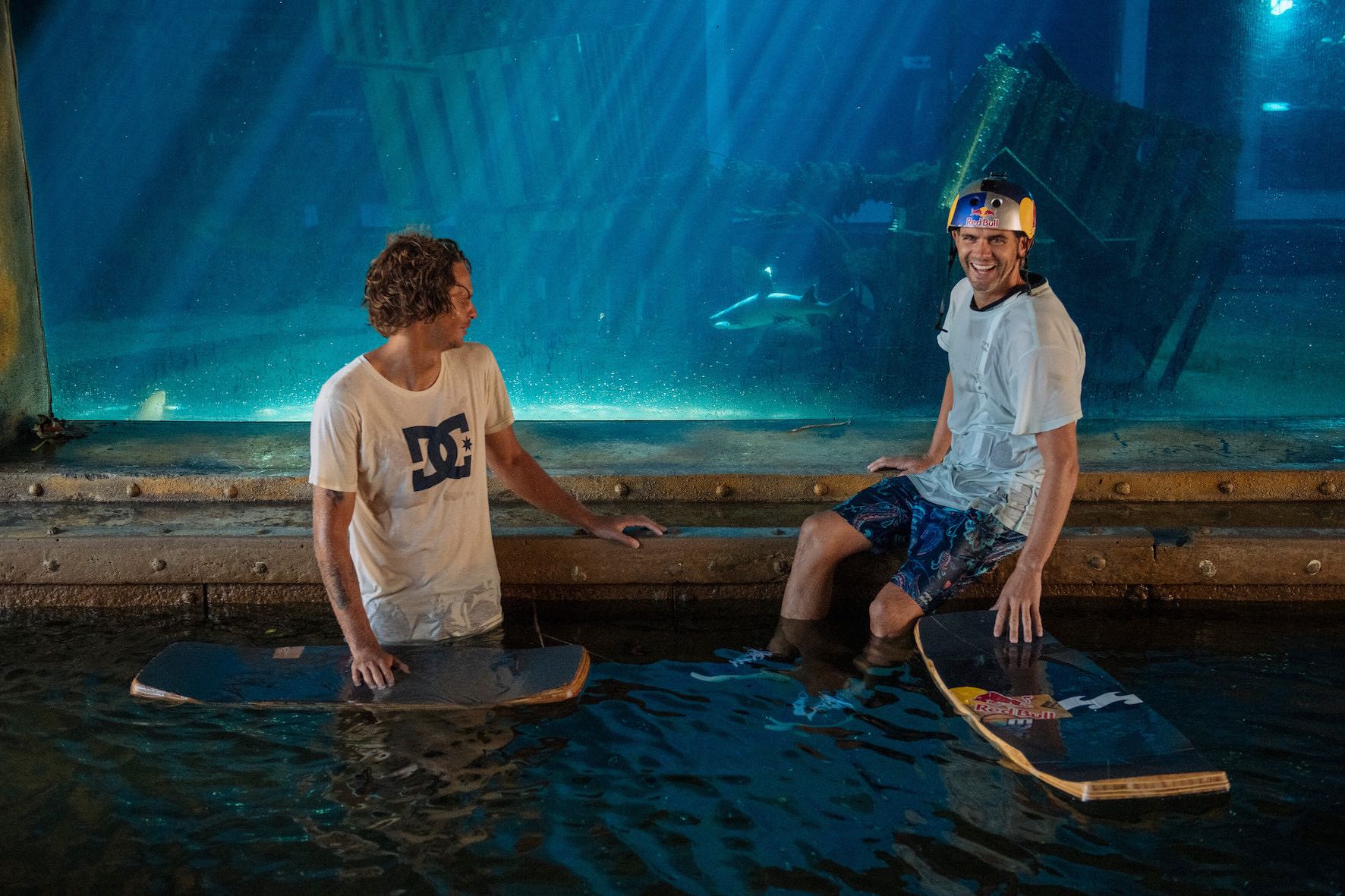 Which segment of Reflections if your personal favourite?
Everything from 0:00 to 3:00, because I can’t choose.

If you could go back to just one spot to host a Wakeskate comp, which would it be?
Thats a really cool question because I think it would be amazing to host something in the canals at the top of uShaka. The ledges there are so on point and perfect, and the opportunity to add more obstacles is also there. So ja, that would be the spot for me.

What does Reflections as a whole mean to you?
Reflections was more than just a wakeskate project, it really was a lesson in project management as a whole. From the early site recce’s, to choosing our teams, then building and designing winches, then moving into the construction of the obstacles, the permits, the crane, the logistics on the day and finally the editing and putting it all together. I got the rare opportunity to be involved in every single step. It’s amazing to see how people can work together to create something and more importantly how efficiently the team we had did it. We get a lot of credit for being the athletes but seeing the wholistic approach to this project really made me appreciate everyone that played a part. So thank you to them for opening my eyes and making it happen! You guys are amazing!