The infamous South African bushveld and picturesque views of the Sun City Resort was the setting for this year’s ULT.X Action Sports Festival. A host of local and international Skate and BMX athletes gathered to compete for gold in spectacular fashion. 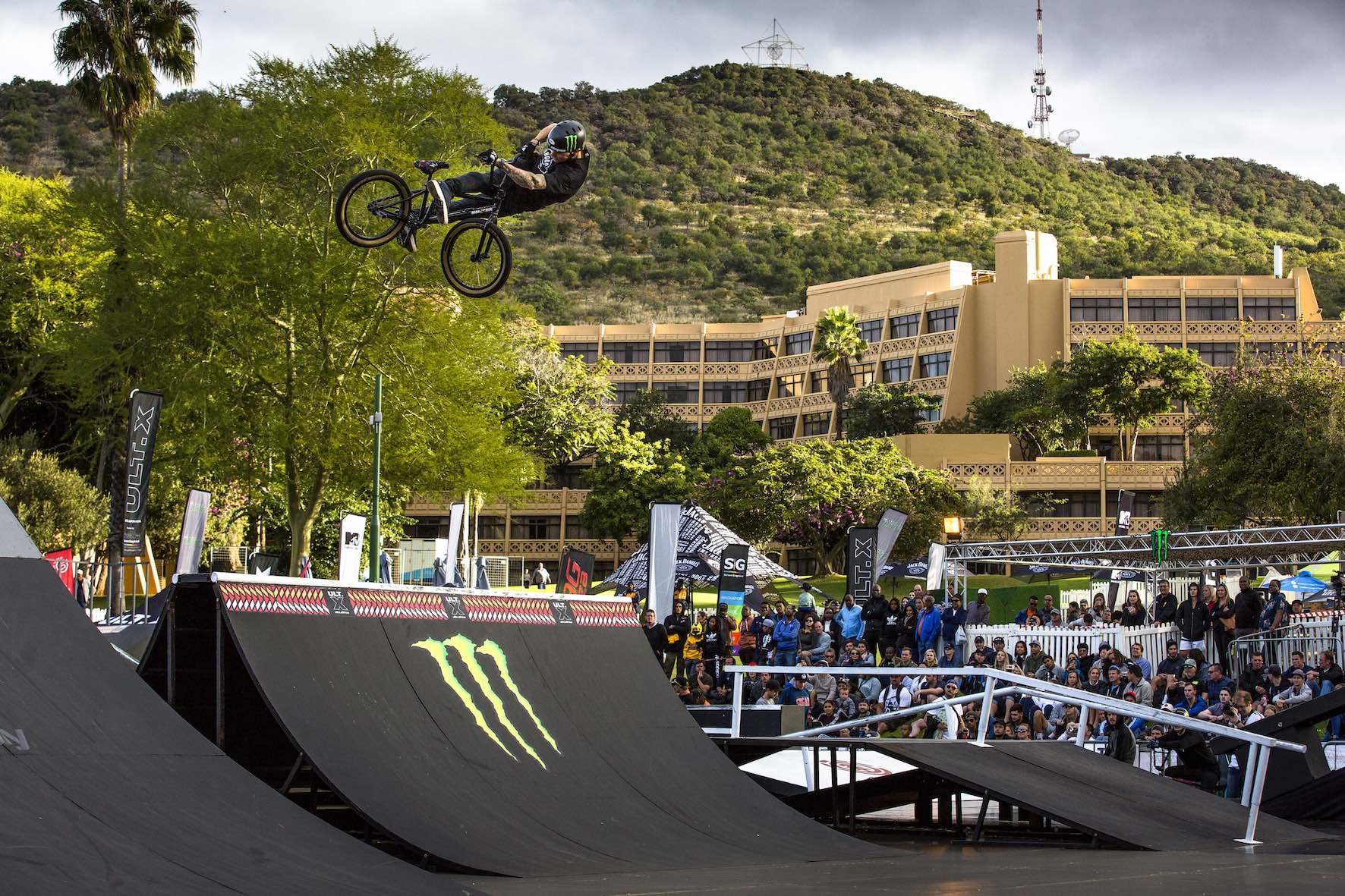 Proceedings kicked off on the Friday with practice for the Skate and BMX athletes before heading into the evening’s entertainment of the Monster Energy Flight Night Freestyle Motocross show. Energy levels where at an all time high as Scotty Billett, Dallan Goldman, Alastair Sayer and Australia’s Brayden Davies took to the night air showcasing their tricks while being lit up by a mass of pyrotechnics. 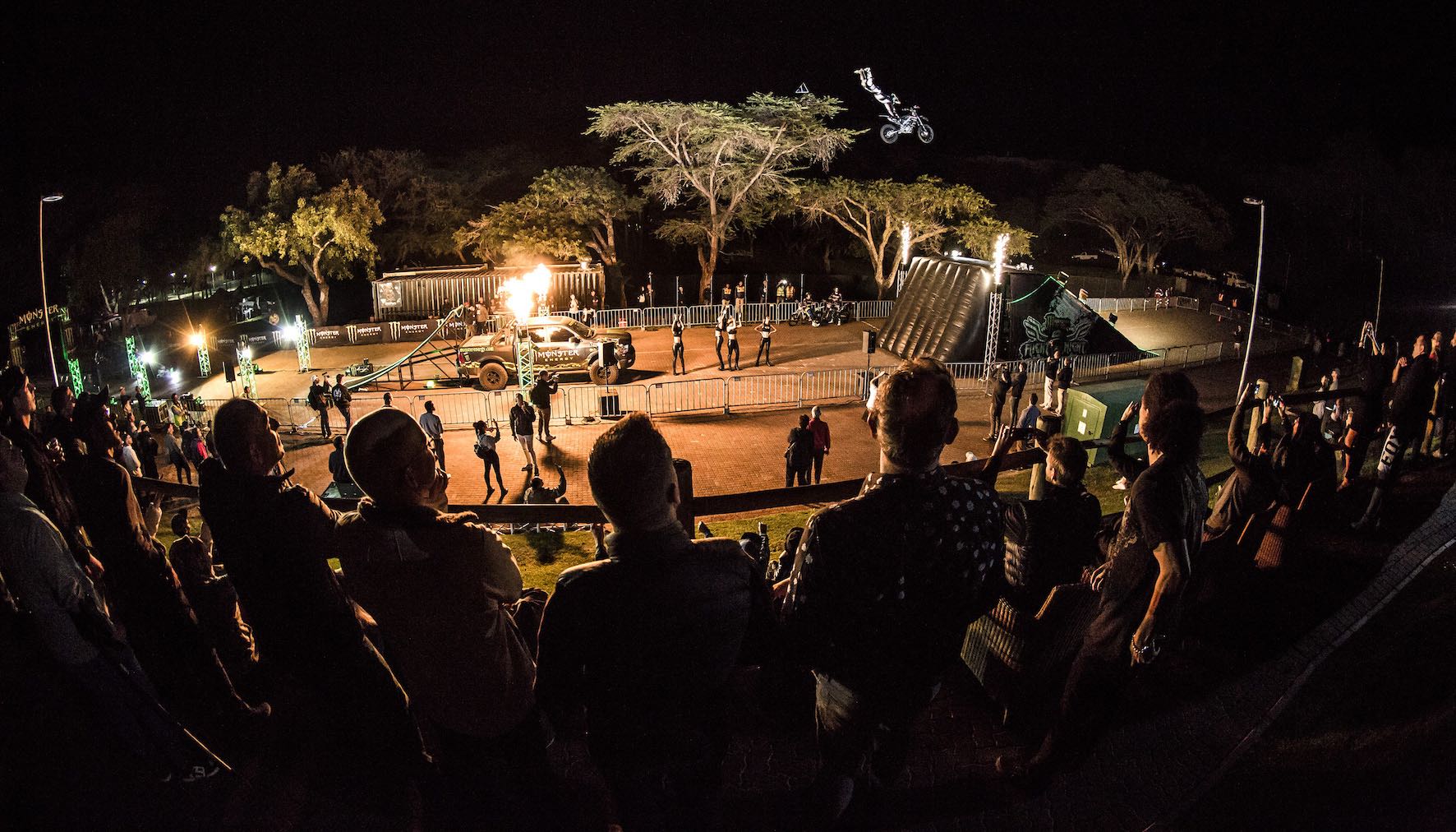 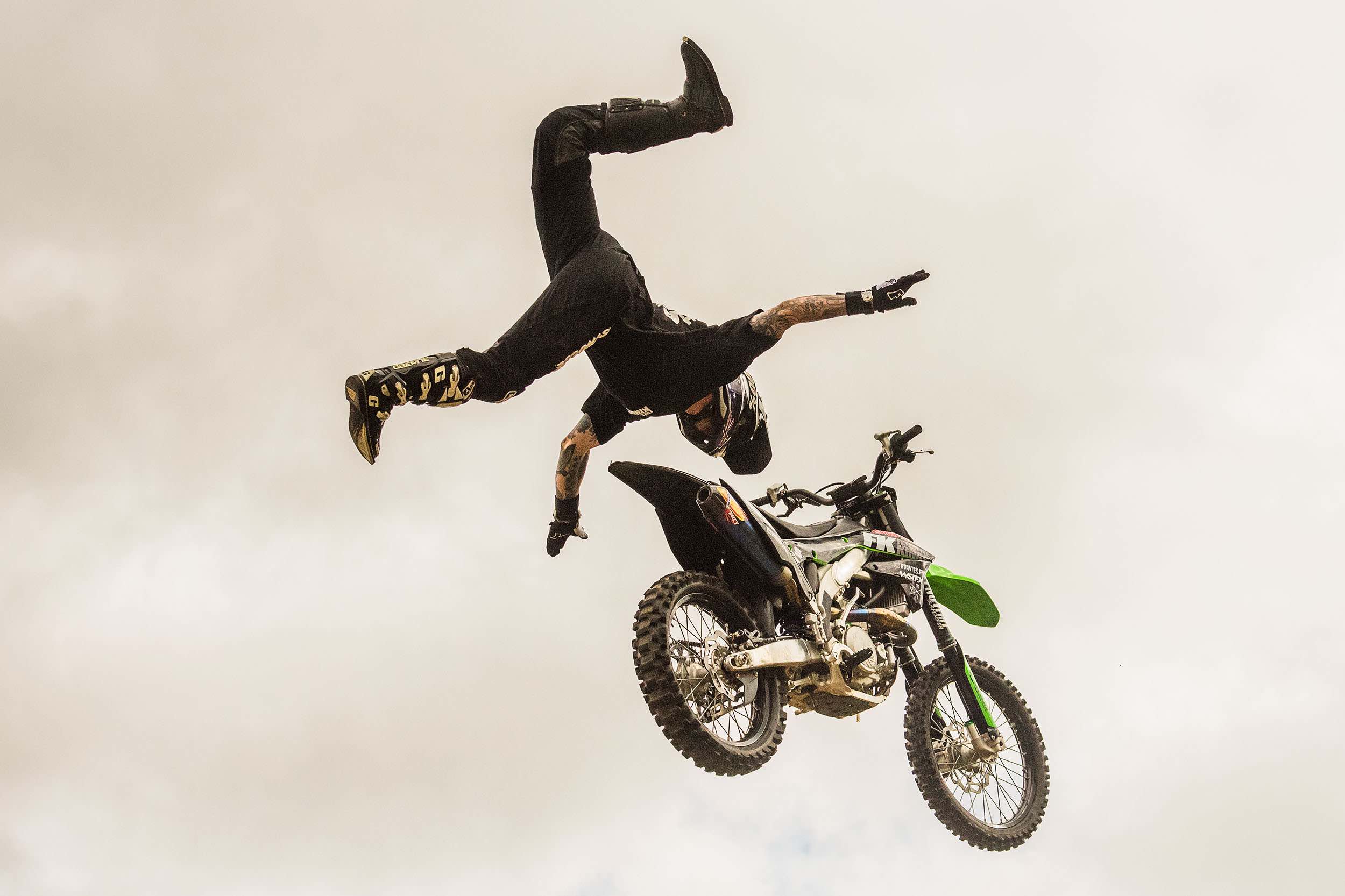 As dawn broke on Saturday morning, festival goers made their way to the Soho Laws to be treated to day of Skate and BMX park action.

The BMX contest was our highlight of the weekend with some of the world’s best riders making it out to Sun City to compete at Ultimate X. When it came down to the final, which was on par with an X-Games final, it was between 12 international riders. The judges had a tough task on their hands with such competitive and close riding, and with the riders’ highest run (out of two) counting as their final score. Australia’s, Kyle Baldock is one of the biggest names in BMX and it was easy to see why, the fan favourite spent time interacting with his fans between runs but when it came to business he threw down. Flair Downwhips, 540 Flairs, 720s, Flair to Fakeys, to Triple Whips out of the half-pipe where just some of the bangers he put into his runs. A small mistake costing him momentum in his run put him into 3rd place overall. 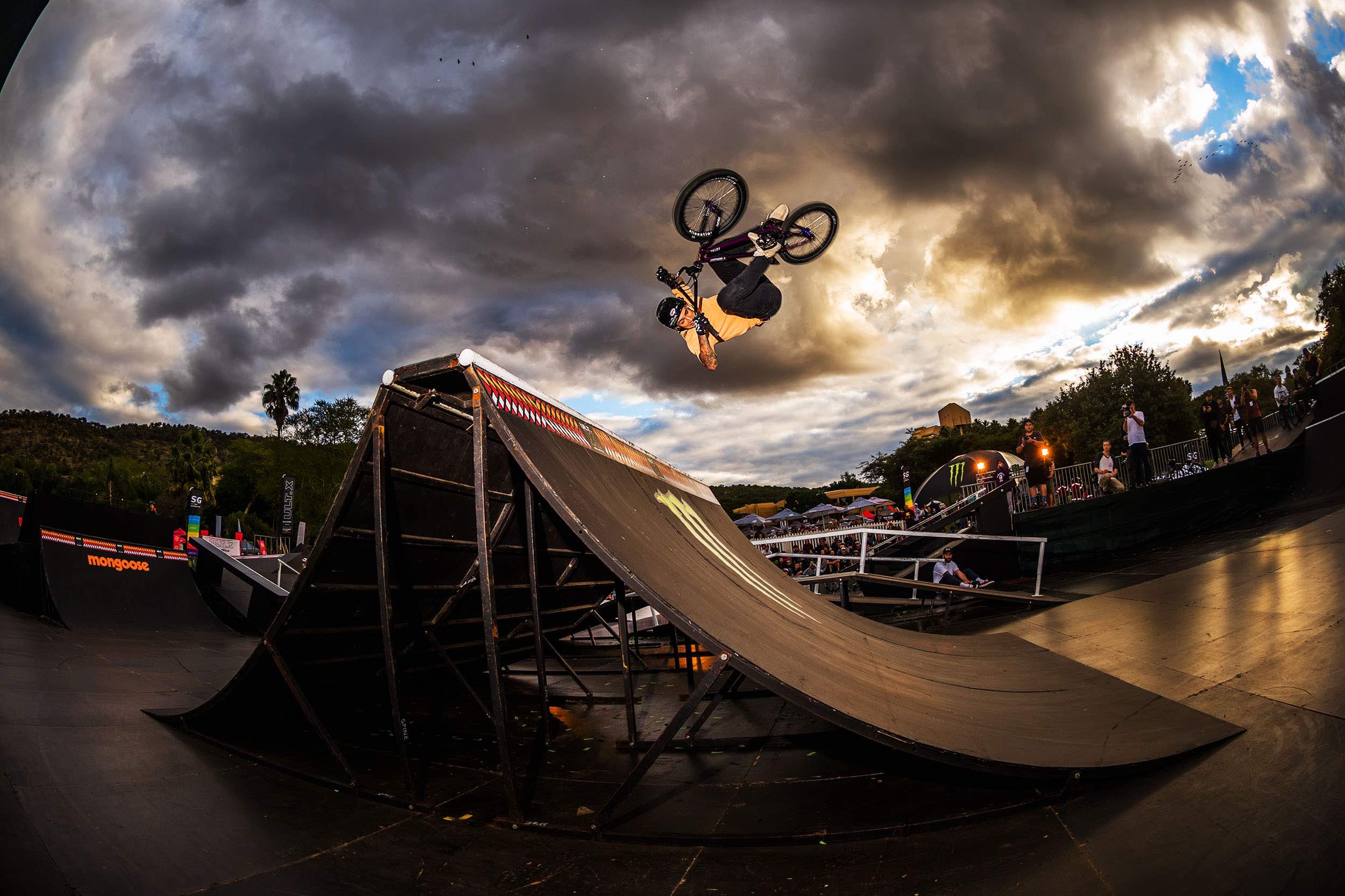 America’s Logan Martin, rated the best BMX rider in the world currently, finished in a super close 2nd place. Martin’s runs featured some of the biggest tricks in the scene and he makes them all look effortless. His use of the whole park counted toward his points and it was a treat to watch him transfer from the spine to box landing while throwing 360 Whips and Trucks. At only 15 years old, USA’s Marcus Christopher put down an insane run and went full throttle from beginning to the last second throwing banger after banger after banger, including a huge Flair Downwhip out of the quarter going higher than anyone else in the field. His variety of big tricks, clean landings and perfection earned him 1st place ahead of the some of the biggest names in the sport. 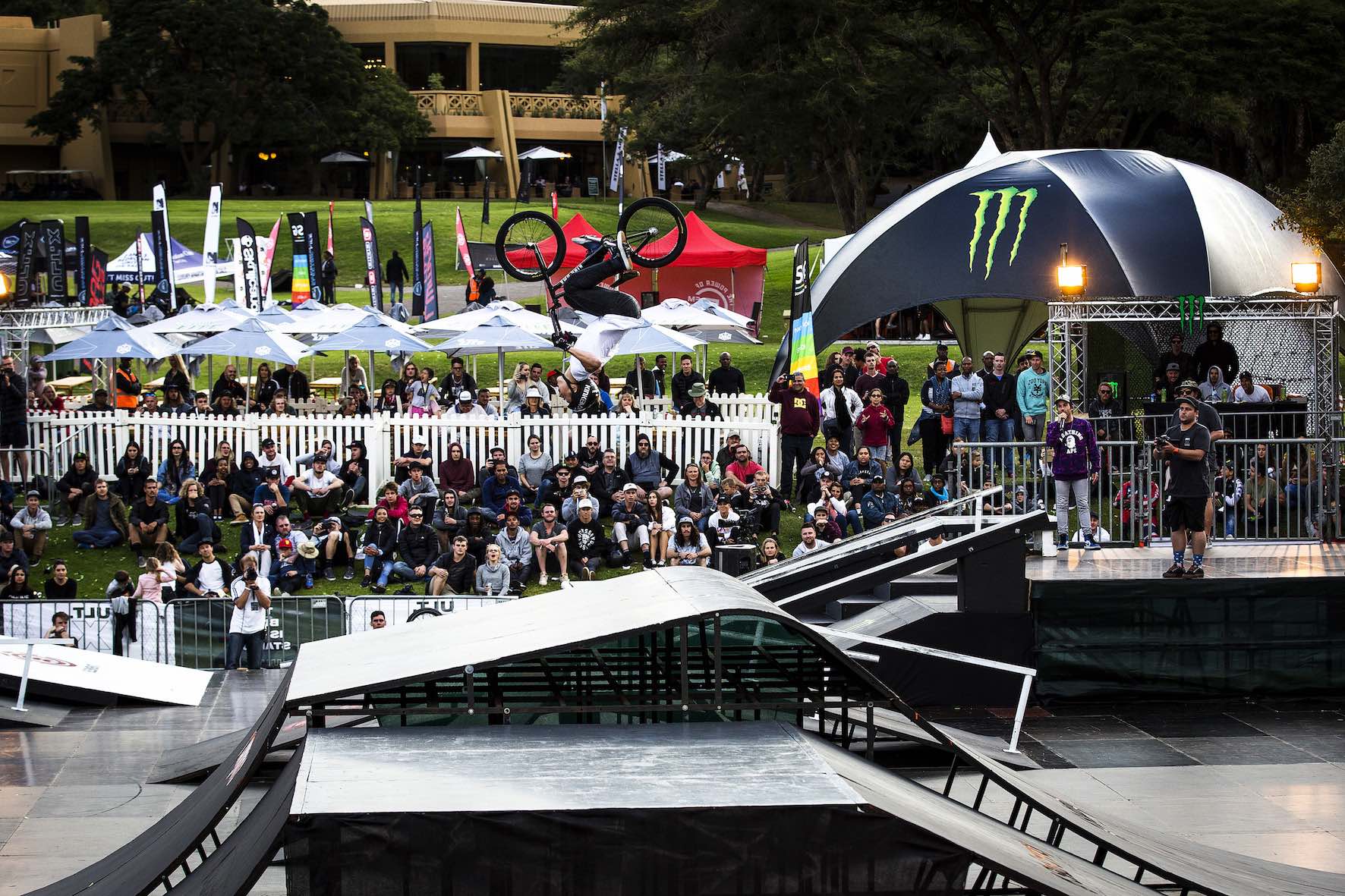 The park blew up with the Best Trick contest as some of the biggest tricks in the business where showcased. In the end Pat Casey (USA) landed a 540 Double Whip to Fakey to take the gold. Greg Illingworth, impressive as always with his high speed and big air runs, took home the Local Hero award. 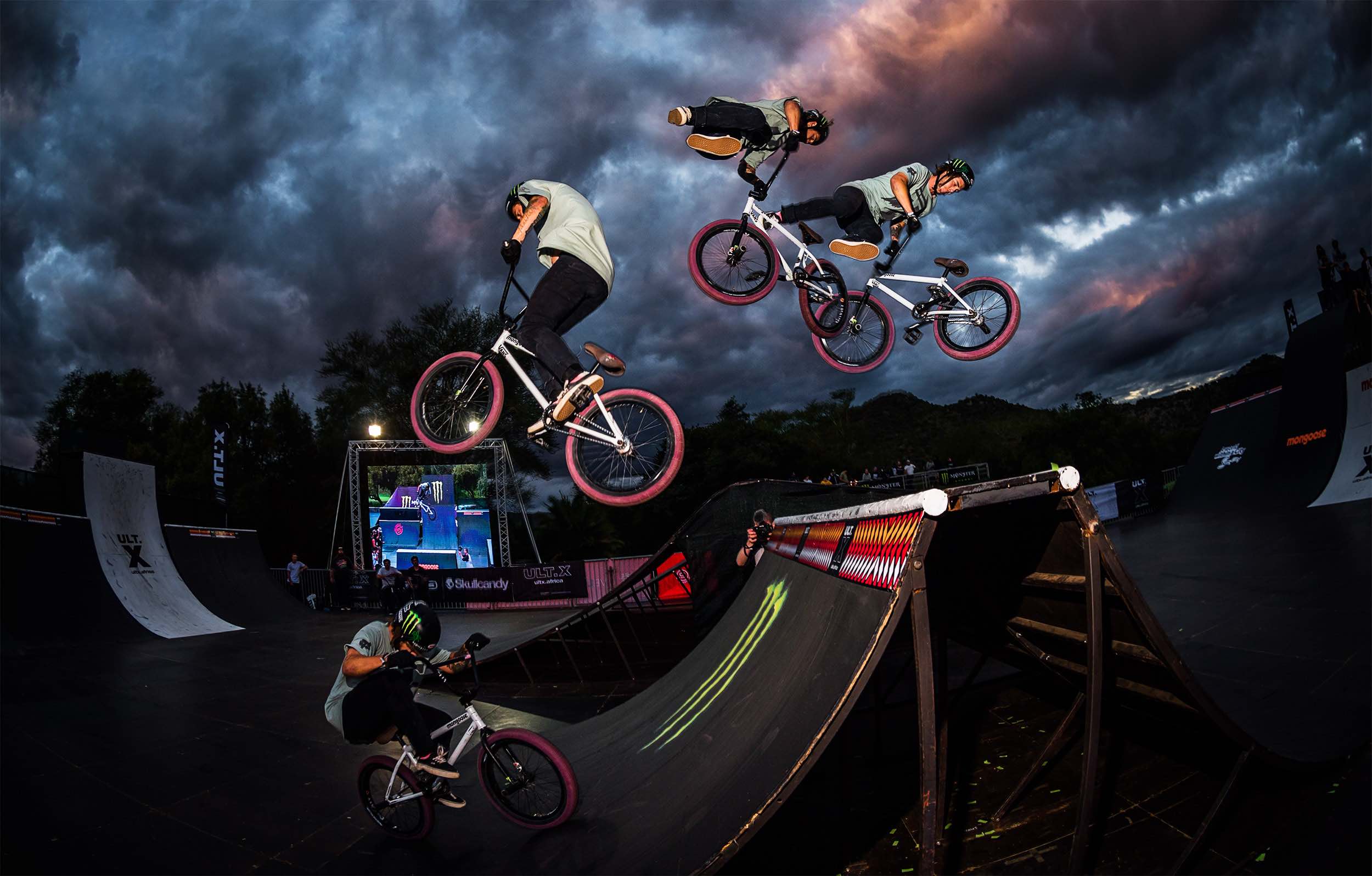 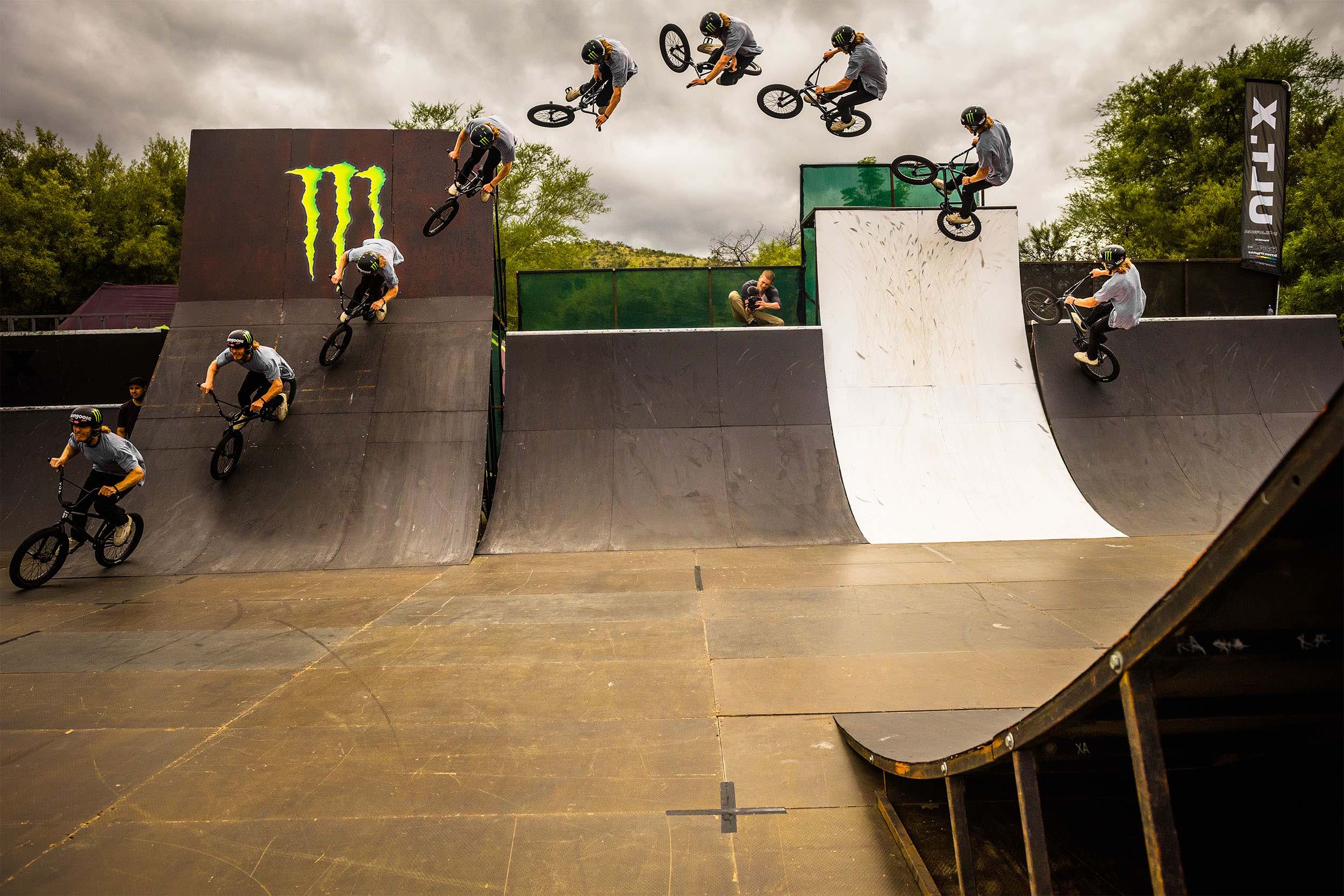 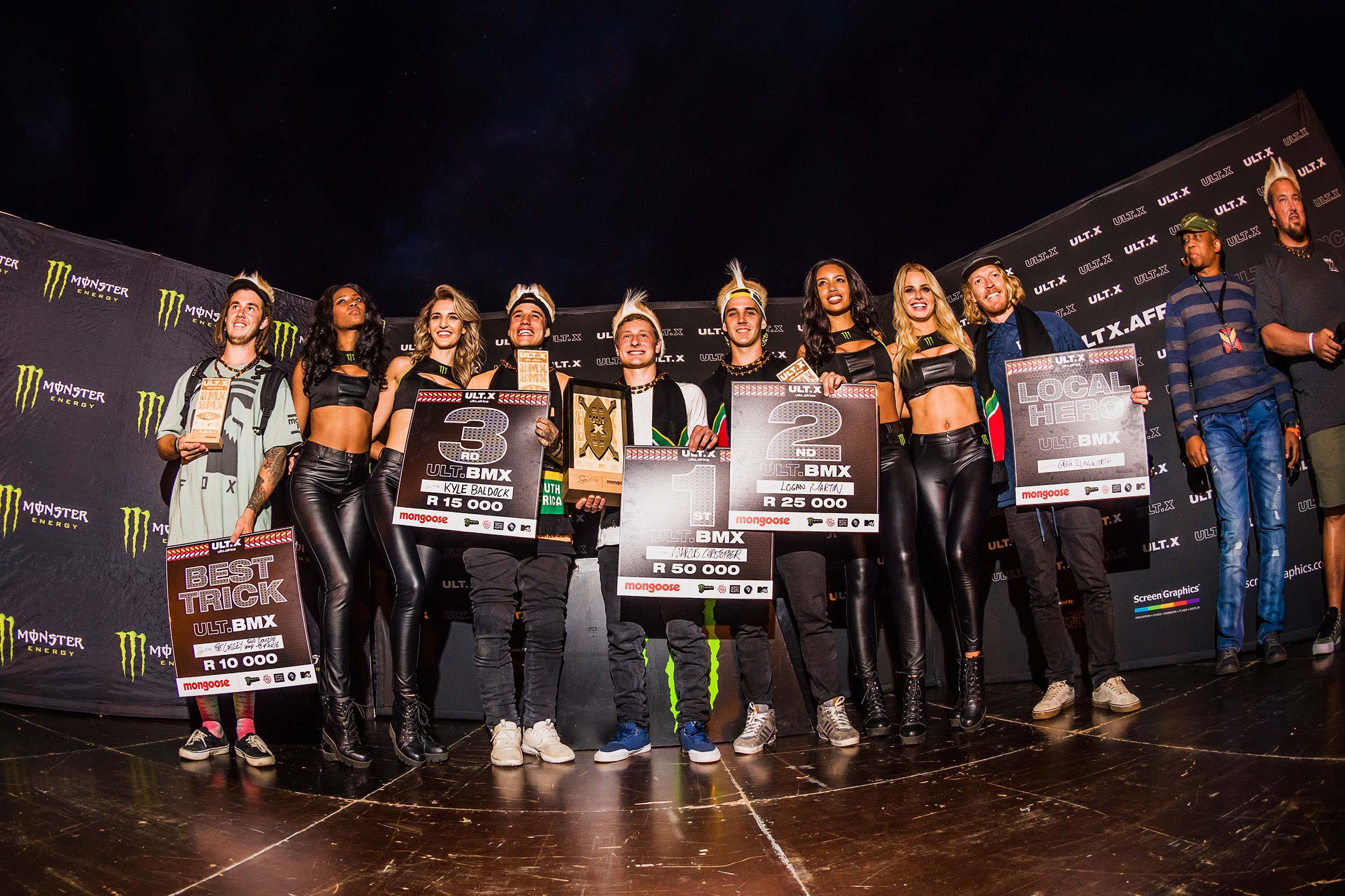 The Skateboarding contest saw a huge field take to the park in what resulted in non-stop action packed qualifiers and finals.

Czech Republic’s Tomas Vintr was on form all weekend. Tricks like his Nollie Noseslide on the Hubba, Backside Lipslide on the A-frame, Tre Flip Euro Gap, Backside Overcrooks on the Downledge and Backside Tailslide saw him finished in 3rd place. 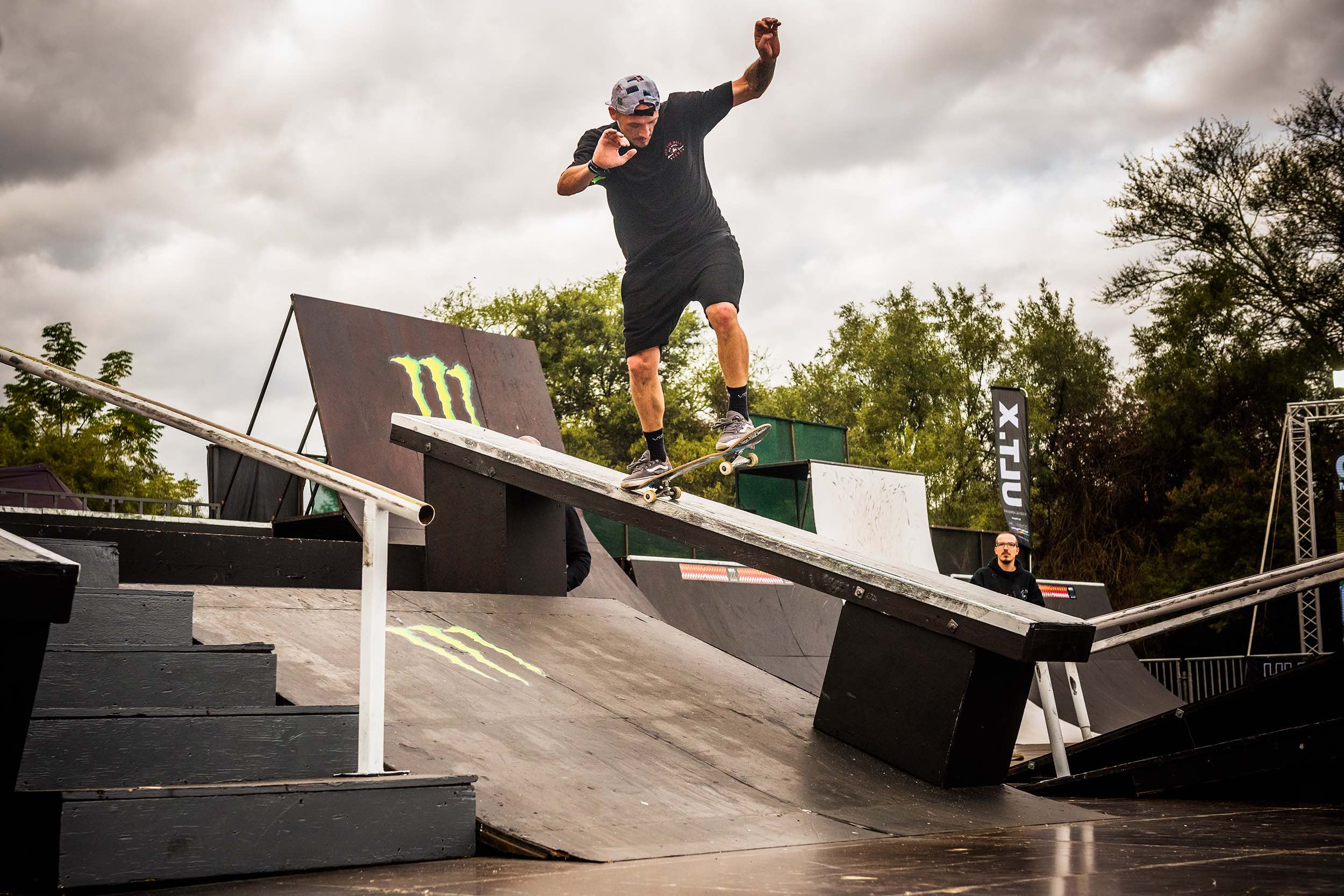 SA’s very own Brandon Valjalo held his own just missing out on the top step and taking 2nd place with a variety of tricks – Bigspin Frontside Boardslide on the Downrail, Frontside Blunt on the rail, Halfcab Noseslide 270 on the Downledge and Backside 180 Backfoot Flip Euro gap. 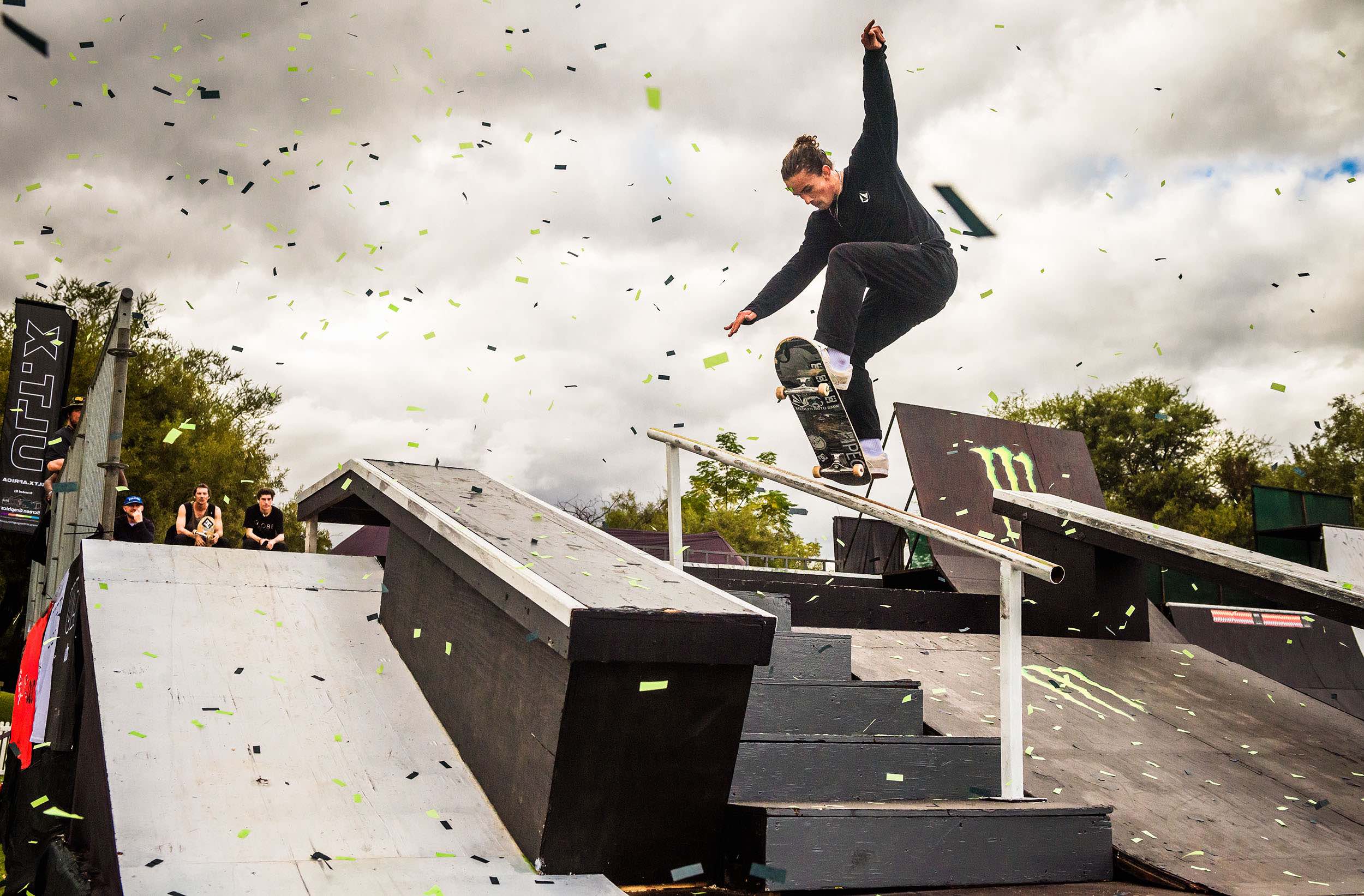 USA’s Zander Gabriel put down some incredible runs to take the overall with his Backside Blunt on the Hubba, Nosepick sub box, Frontside Noseblunt on the A-frame and Frontside Feeble on the big rail. 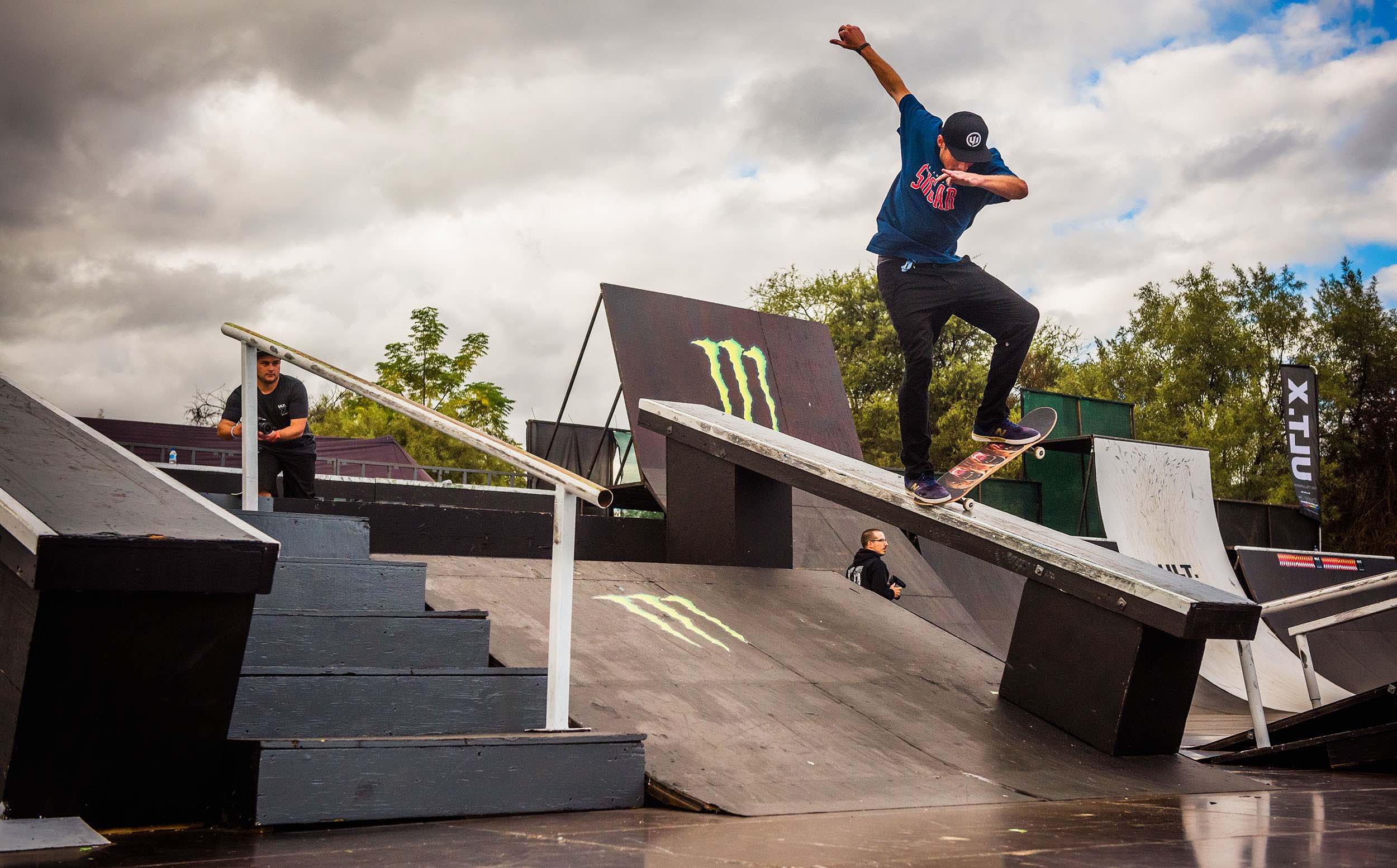 In the Best Trick contest it was Allan Adams with a last minute Kickflip Crooked Grind on the gap to rail that earned him the gold. 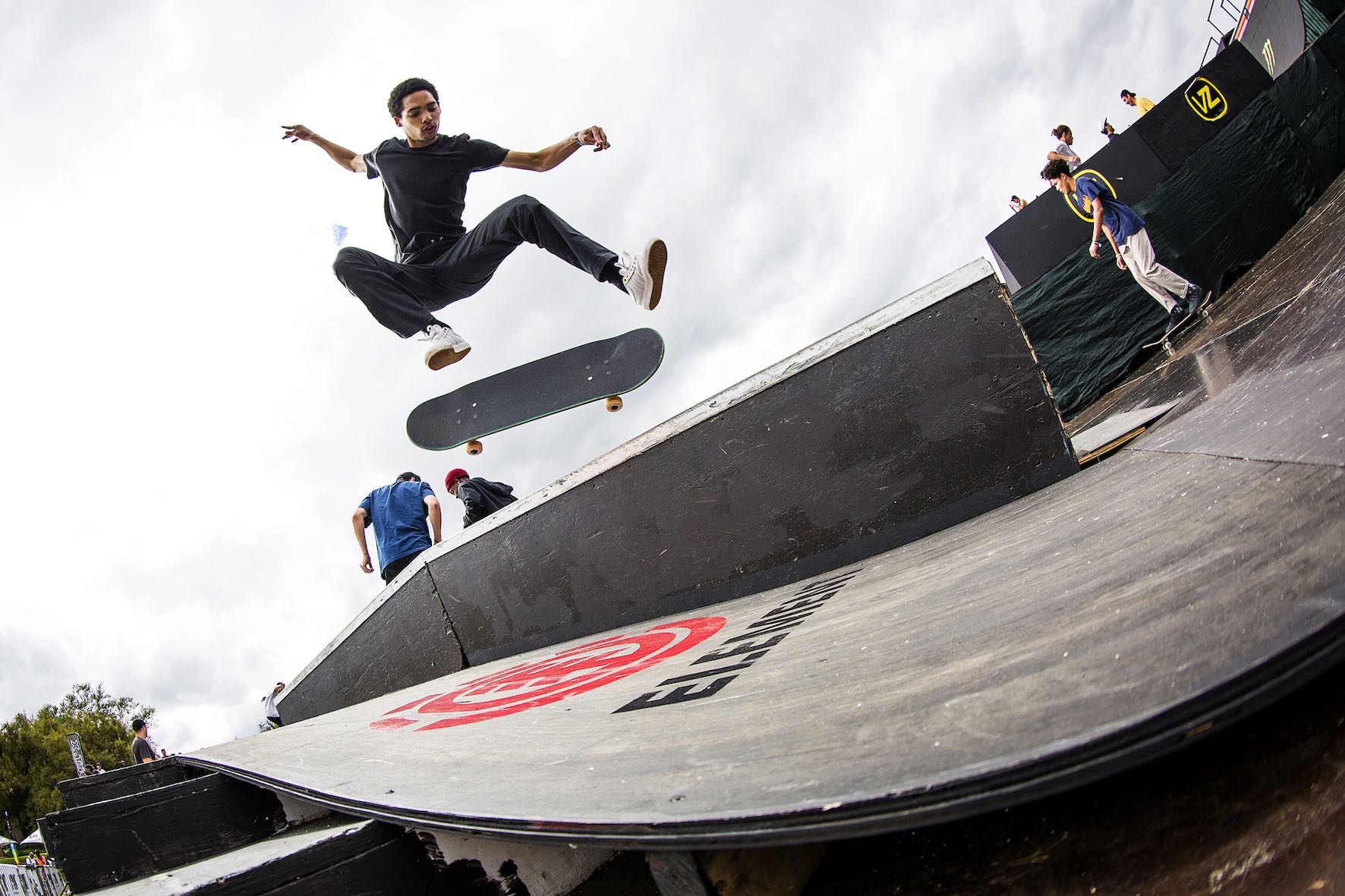 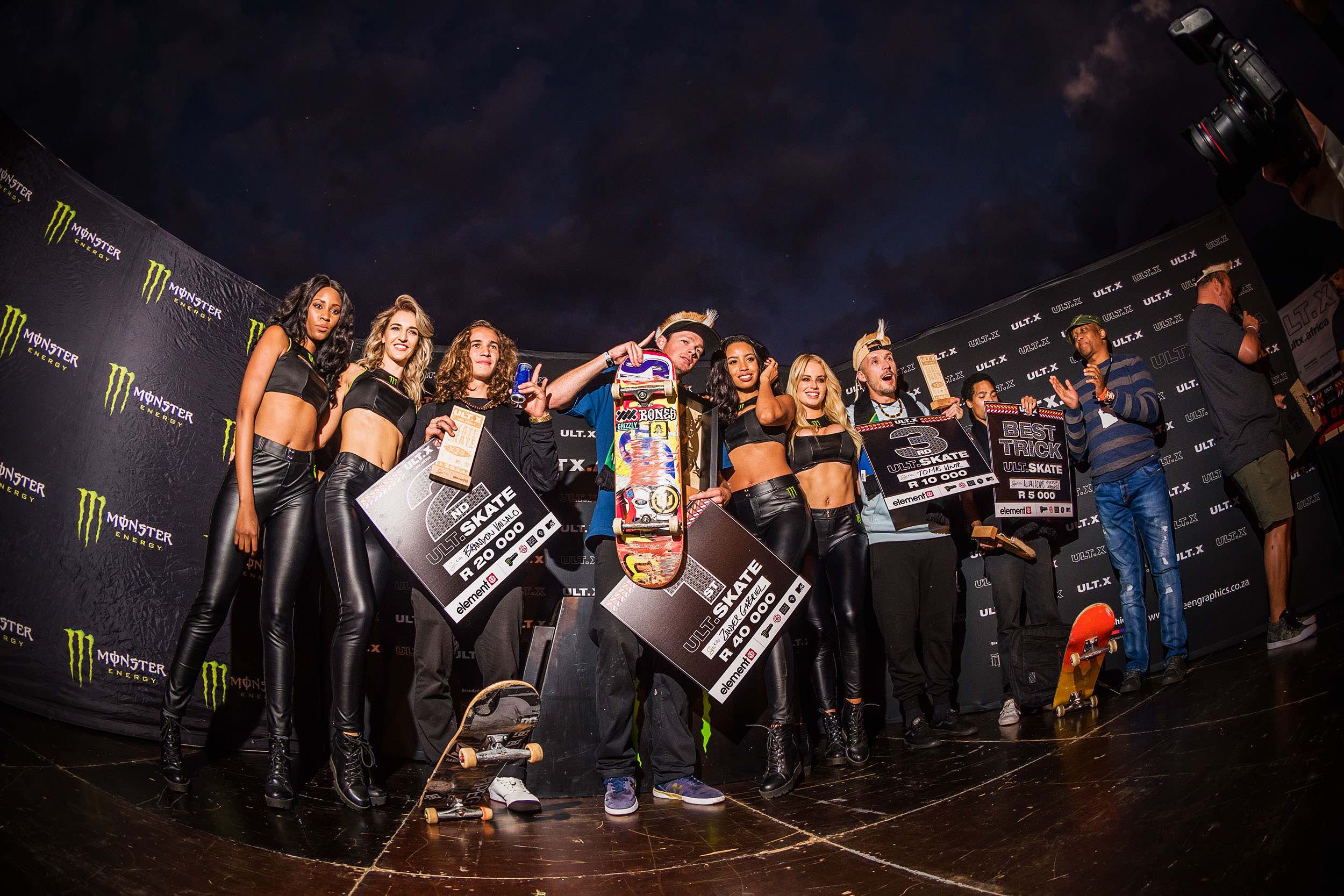 The weekend was closed off on the Sunday with the chilled and good vibes of the Rolling Retro surf event in the Valley of Waves.