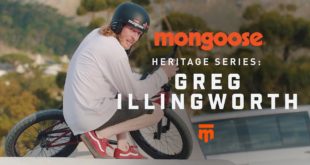 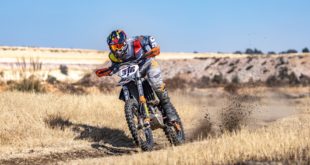 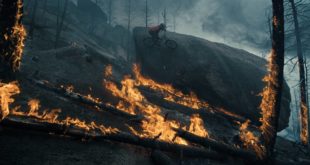 From The Ash | Nico Vink 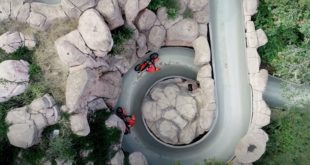 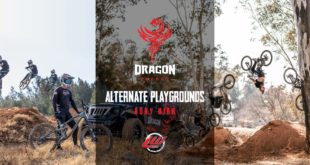 It was a dramatic final round of the 2019 TRP Distributors South African National Motocross Championship at Terra Topia in Johannesburg over the weekend. With most of the 2019 champions crowned, the premier MX1 will be decided in an MSA court room. 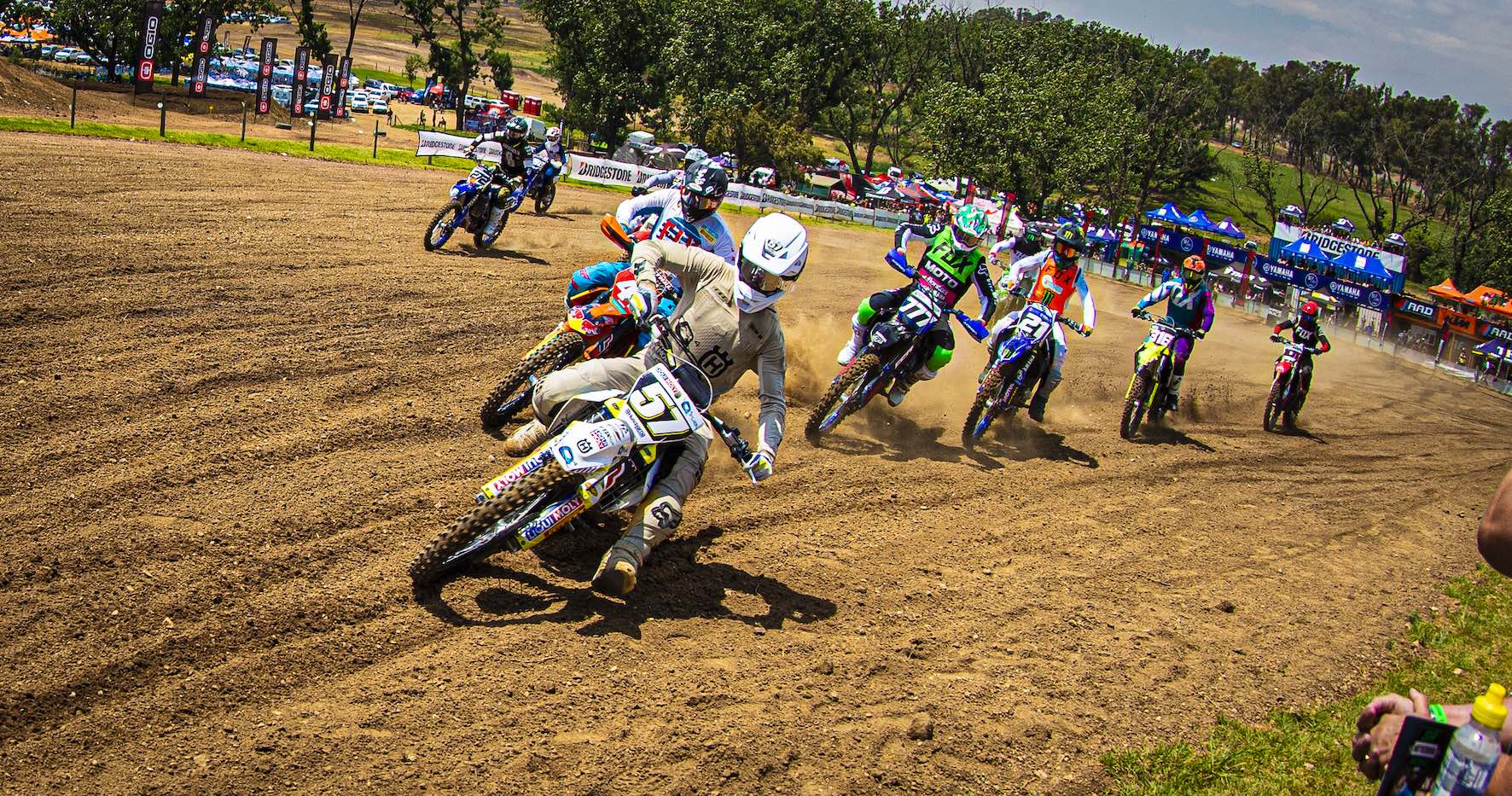 Maddy Malan with the holeshot

It was an incredible afternoon in MX1 after Maddy Malan stormed to the first moto win over David Goosen, Tristan Purdon, Lloyd Vercueil, Blake Gutzeit and Cameron Odendal, to see Malan draw even with Purdon with only the final moto left to race. 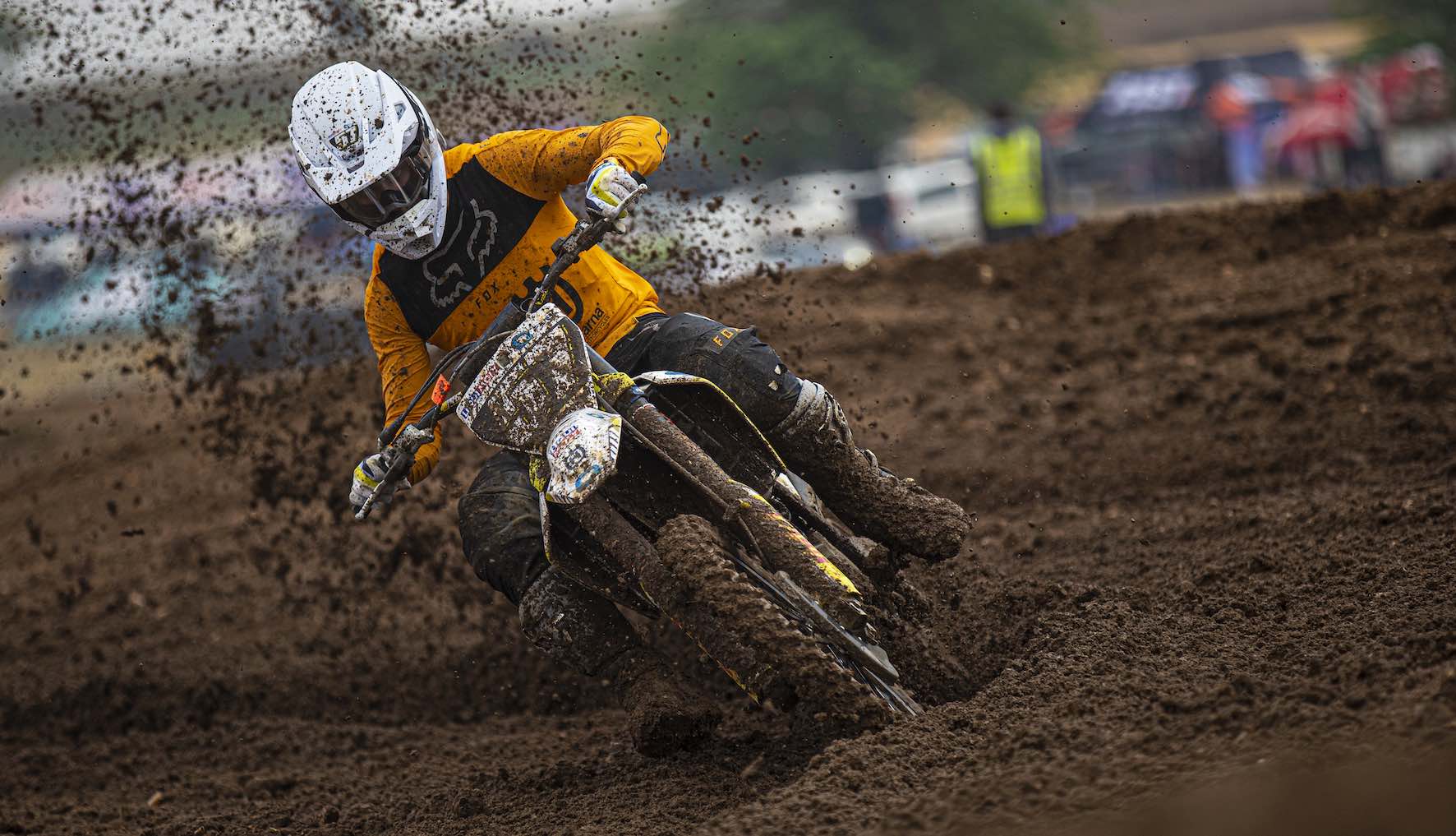 In Heat 2 the final gate dropped to the roll of thunder through the valley as Malan led Purdon, only for Malan to take a small tumble at mid-distance and allow Purdon through at about the same time race officials stopped the race concerned about the dangers of lightning and the brewing electric storm. 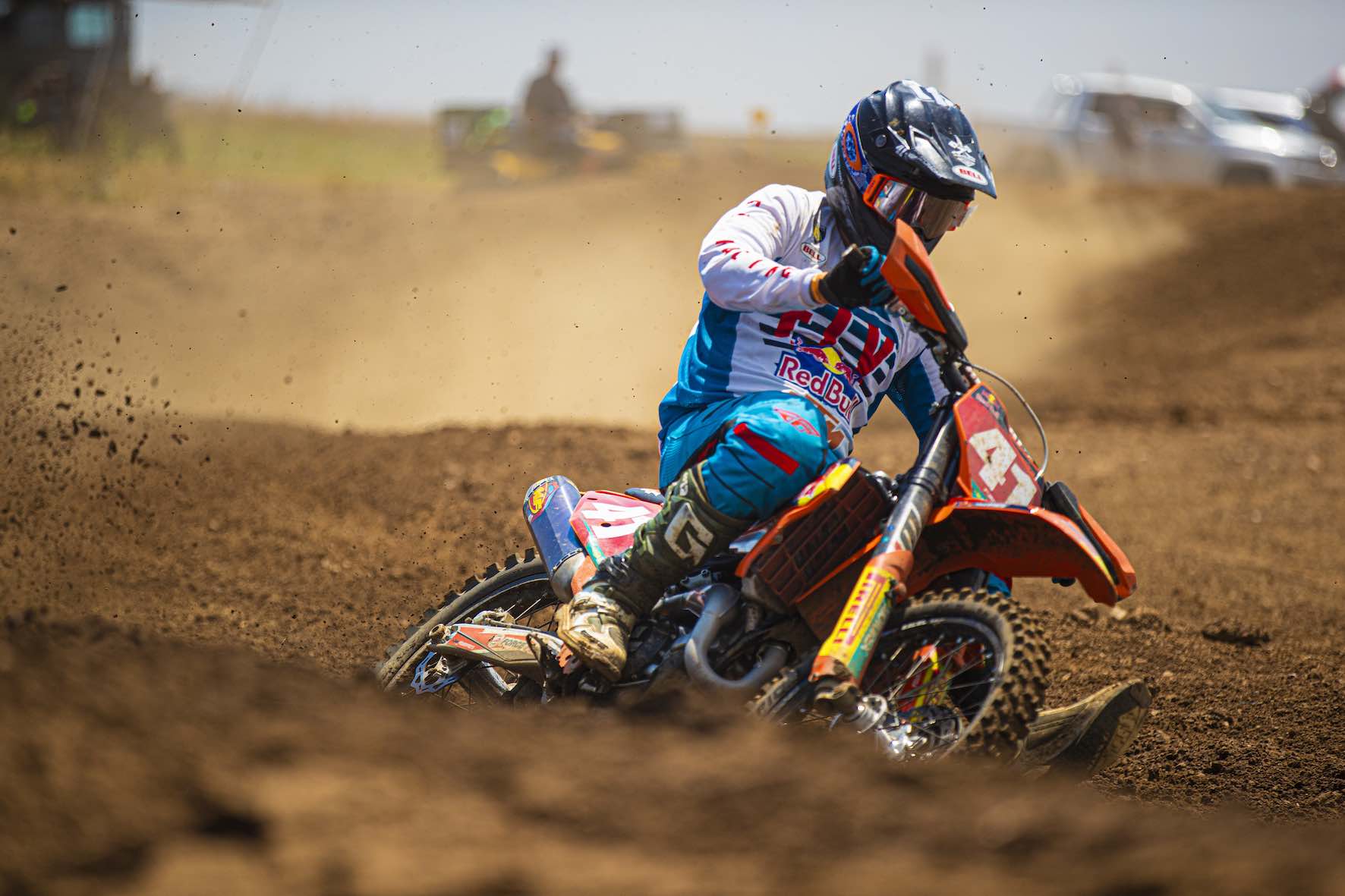 *Malan was initially declared the winner and thus champion, as he was considered to be leading the lap before the red flags flew, but Purdon’s team protested the result – the day and the title will now go down to an MSA courtroom decision. It can go any of three ways — the initial results could be confirmed, leaving Malan champion; it may be declared a lap later when Purdon was deemed to be ahead to make Purdon champion, or the race could be scrapped, whereby Purdon would also benefit as he has won more races this season and that would count as a tie-breaker 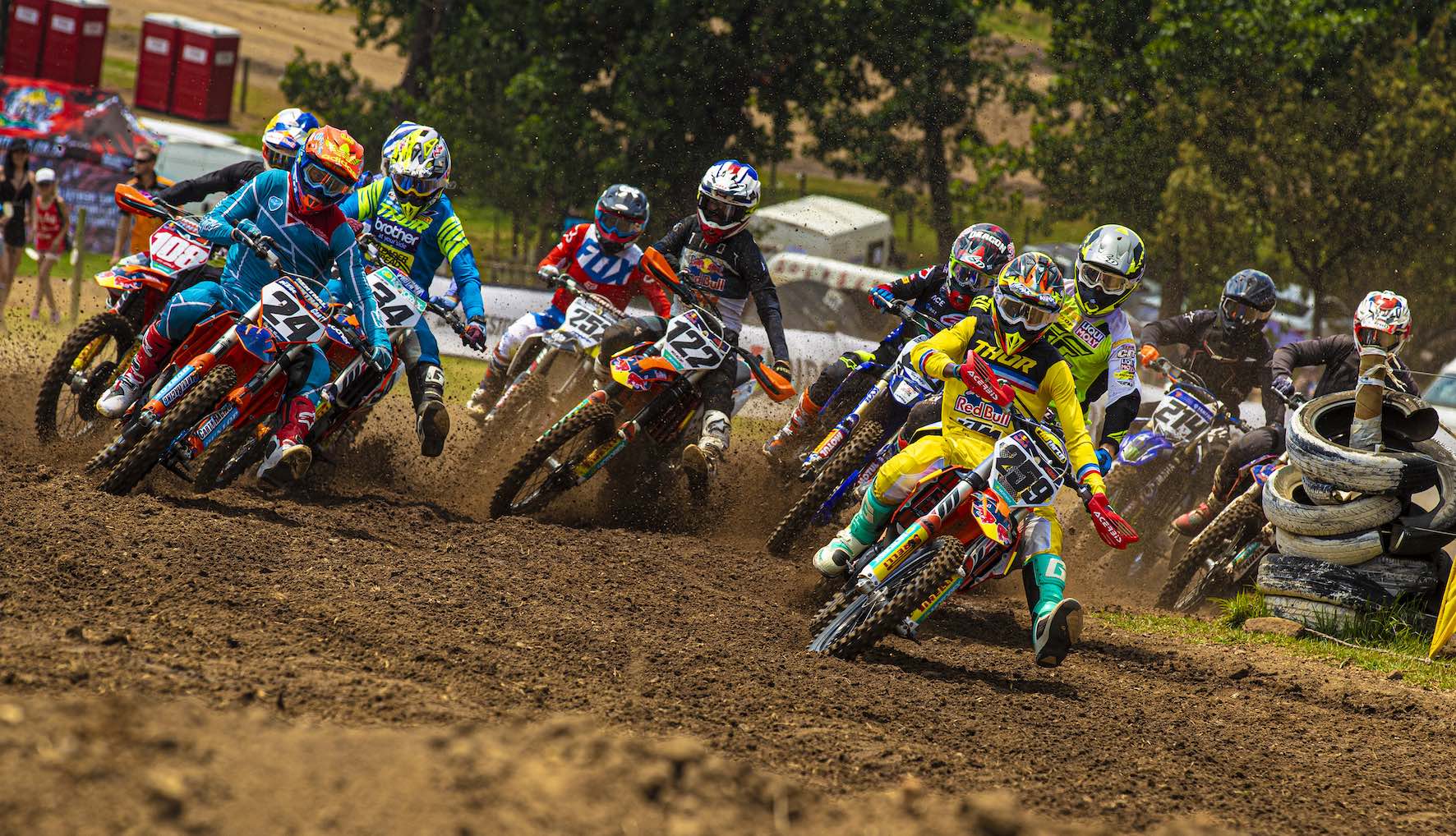 Joshua Mlimi with the hole shot

Slade Smith however turned proceedings on their head to win the final from Raynard and Fitz-Gerald after Mlimi fell out, all of which means Kerim Fitz-Gerald is the 2019 SA MX2 champion from Raynard, Mlimi and Camden Mc Lellan. 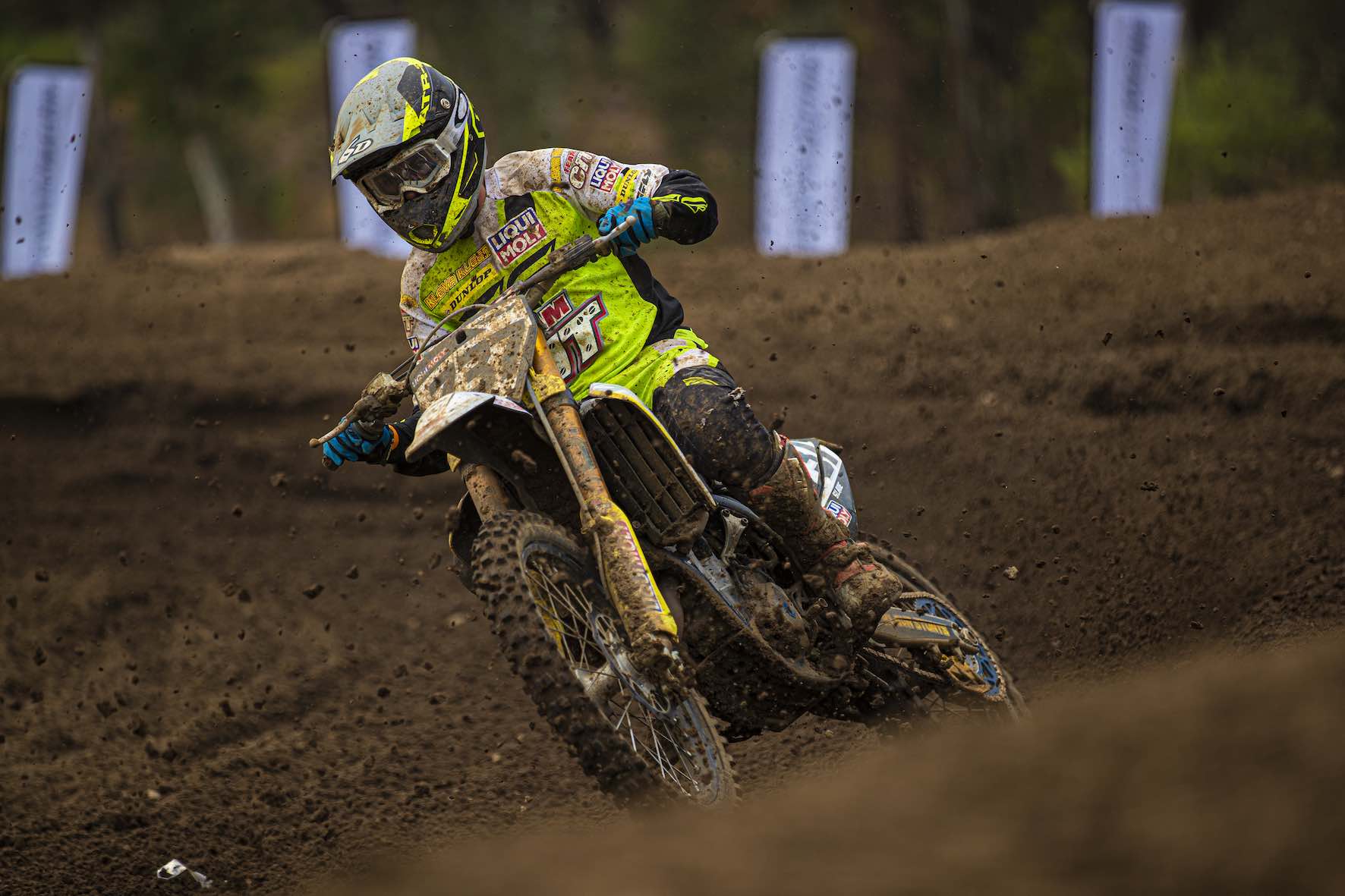 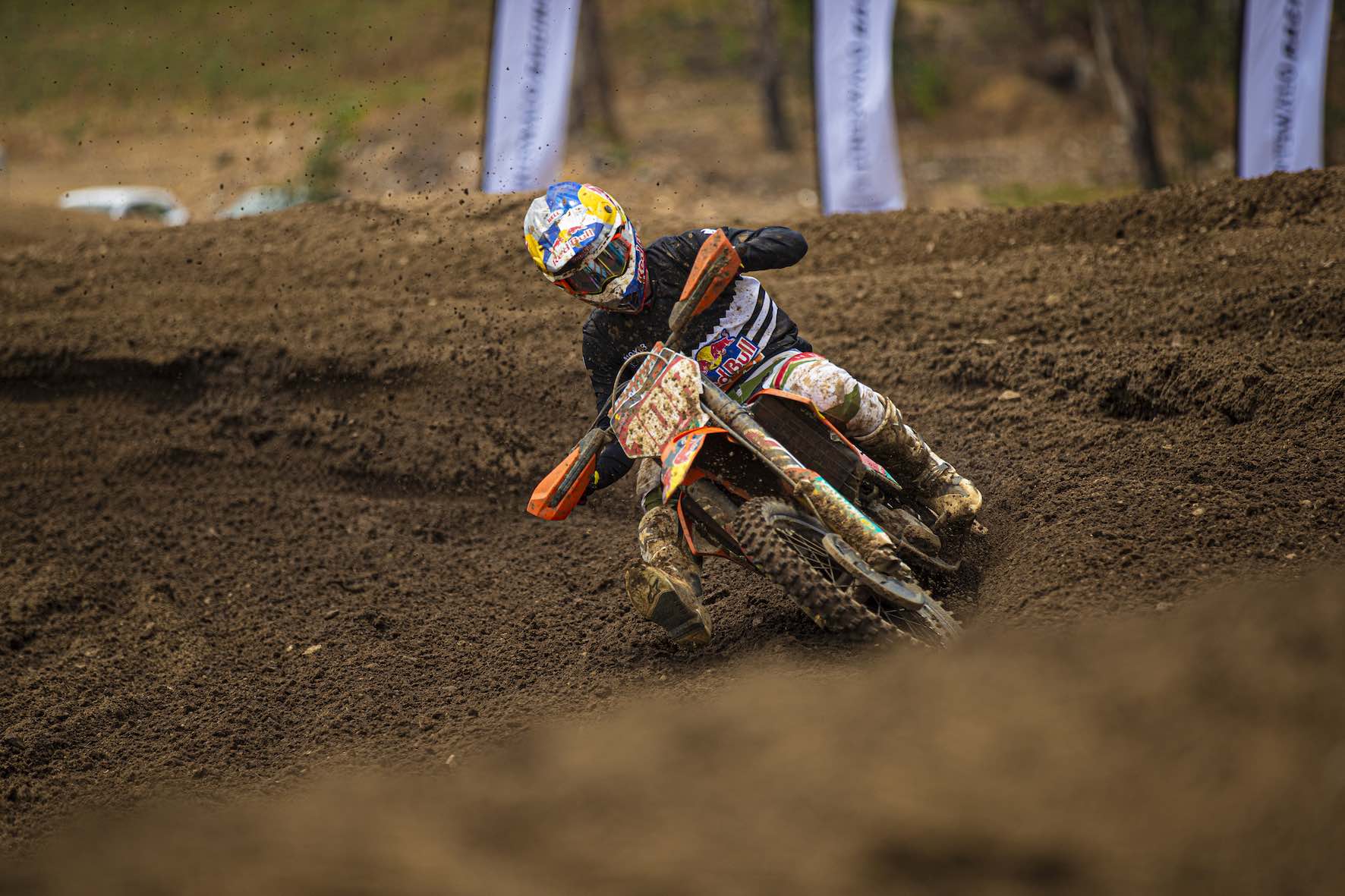 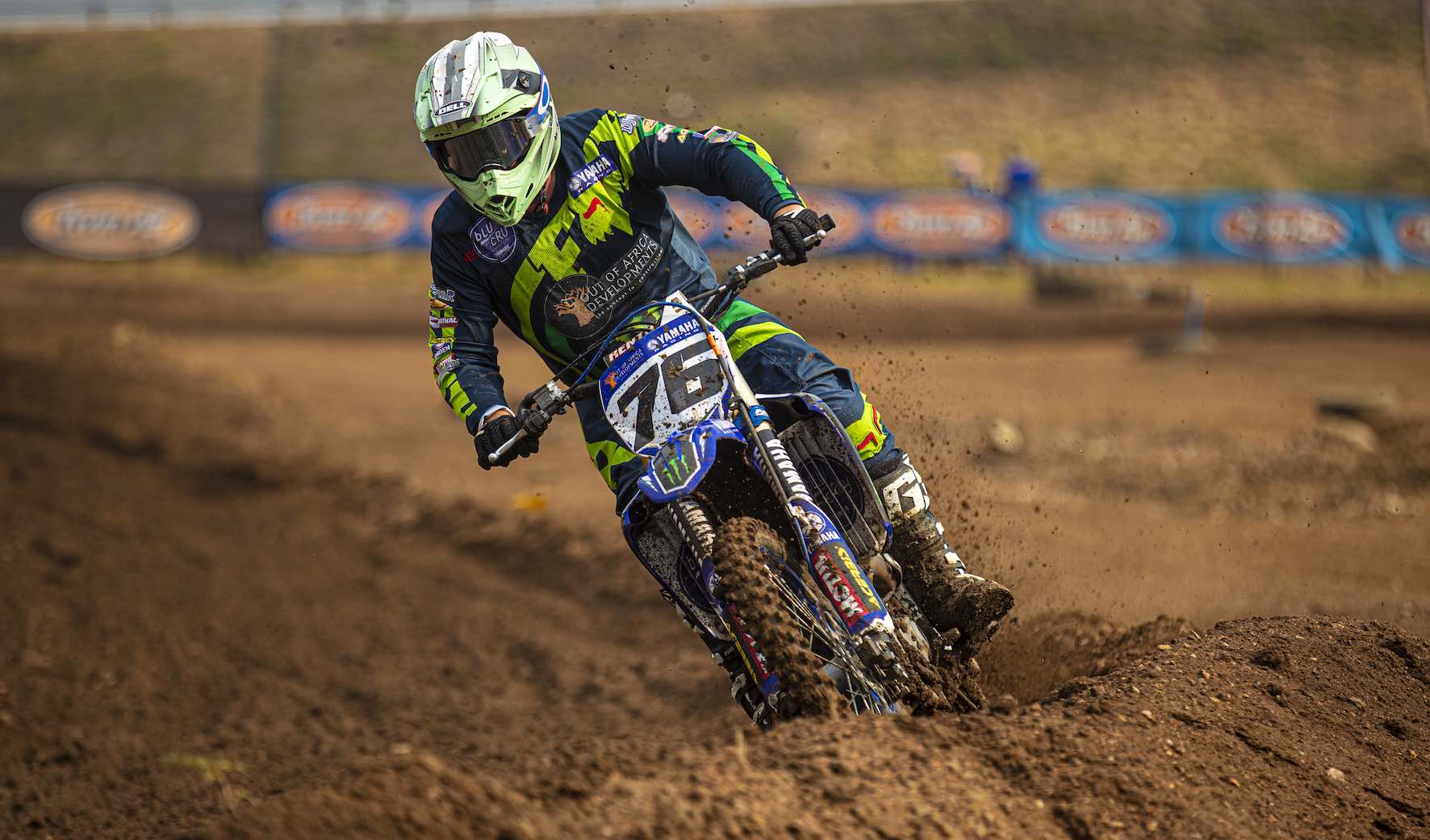 Kayla Raaff raced to another couple of Ladies MX wins to wrap her 2019 SA championship up ahead of closest rival Natasha Rugani and wildcard Megan Jonker each race. Behind them, Jadene de Lima, Tiegan Reed, Cheyenne de Lima and Jenna Bohling fought to the last turn for the championship third as Jadene followed Tiegan home to take it by a point, with Jenna fifth in the title another 2 points adrift. 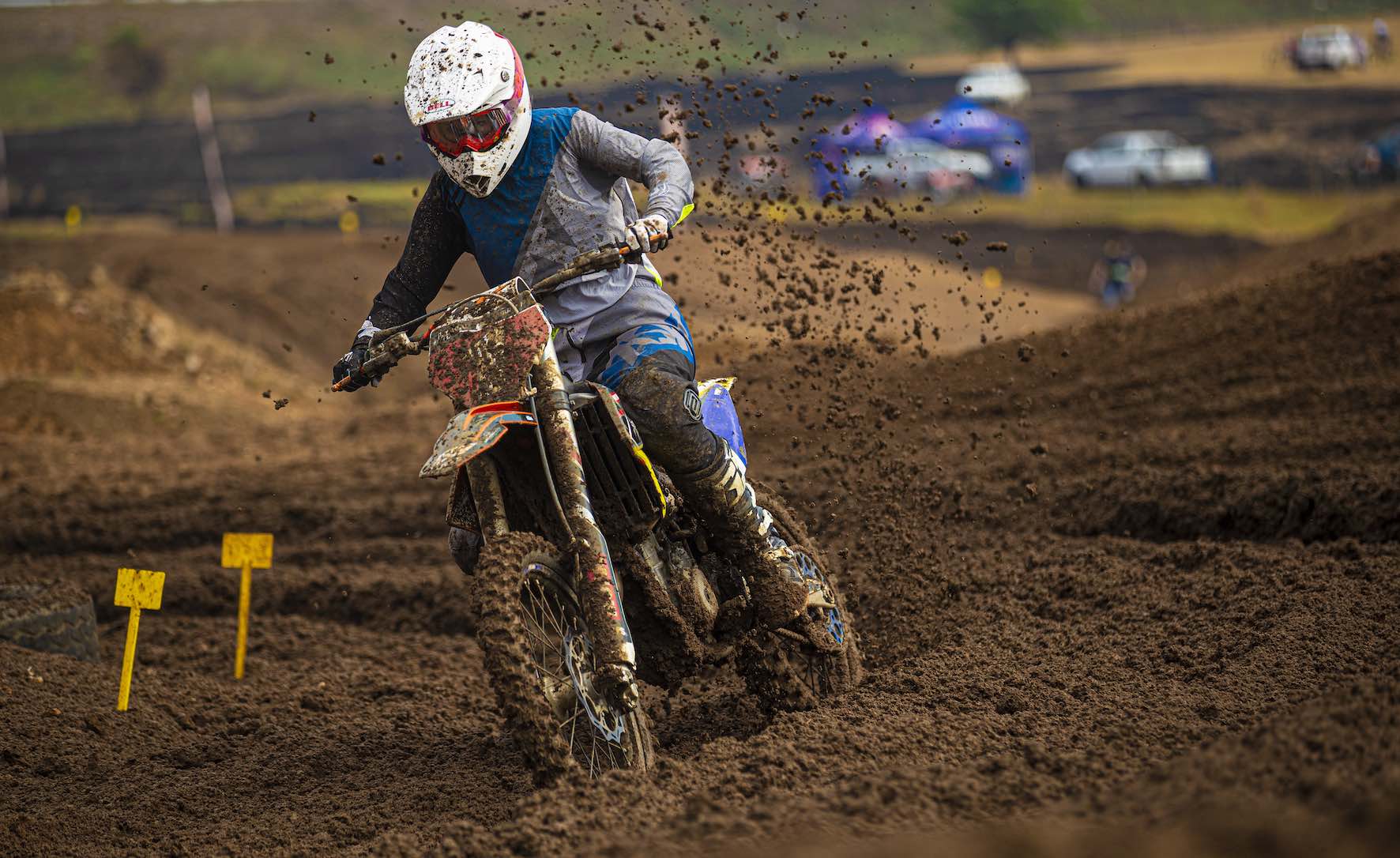 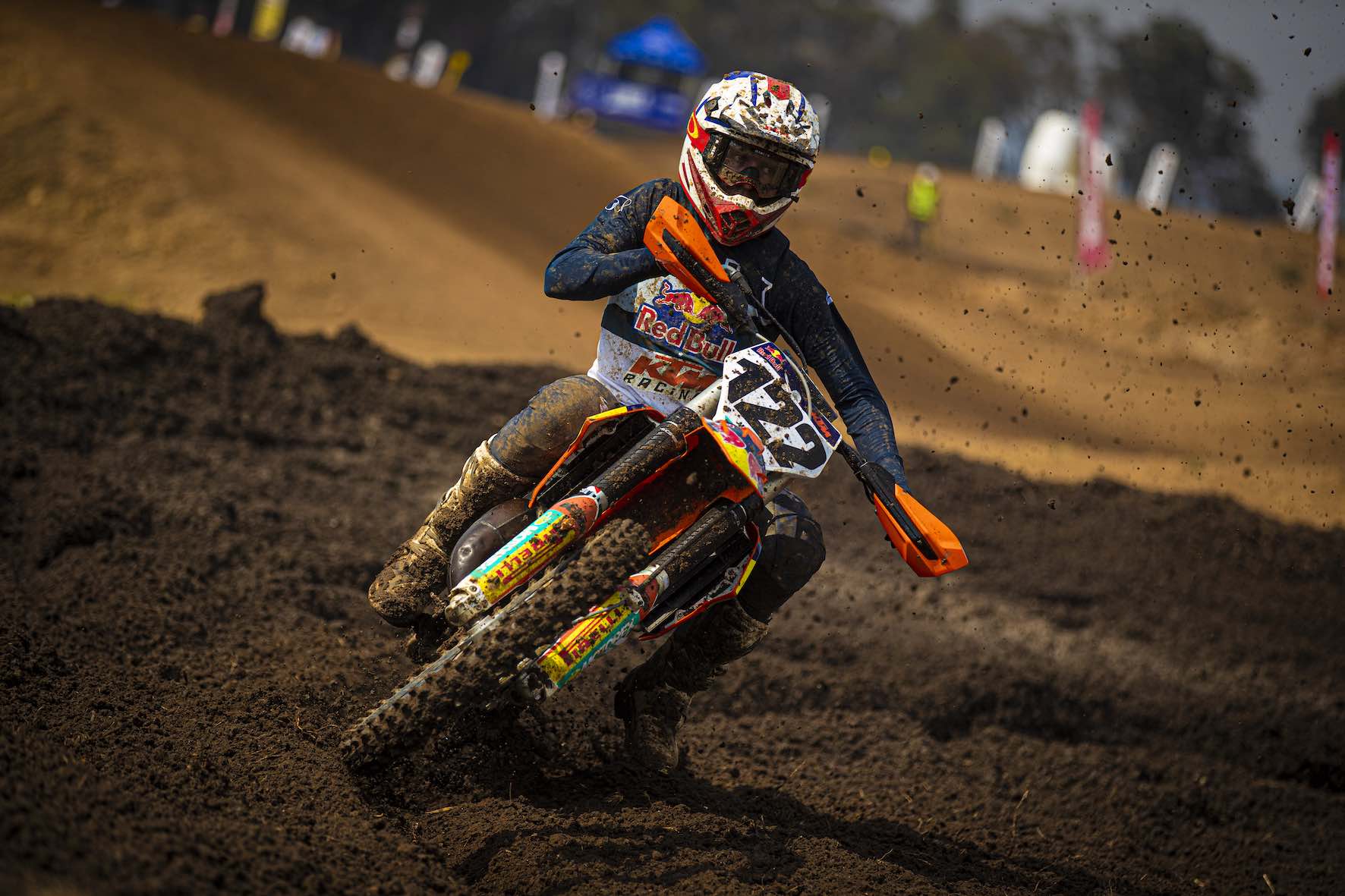 The second race returned the same top three as McLellan led Mlimi and Cilliers home, with Jean-Jacque Saaman and de Waal next up as Saaiman secured 2nd in the championship from Cilliers, Travis Goosen and Thabo Verster. 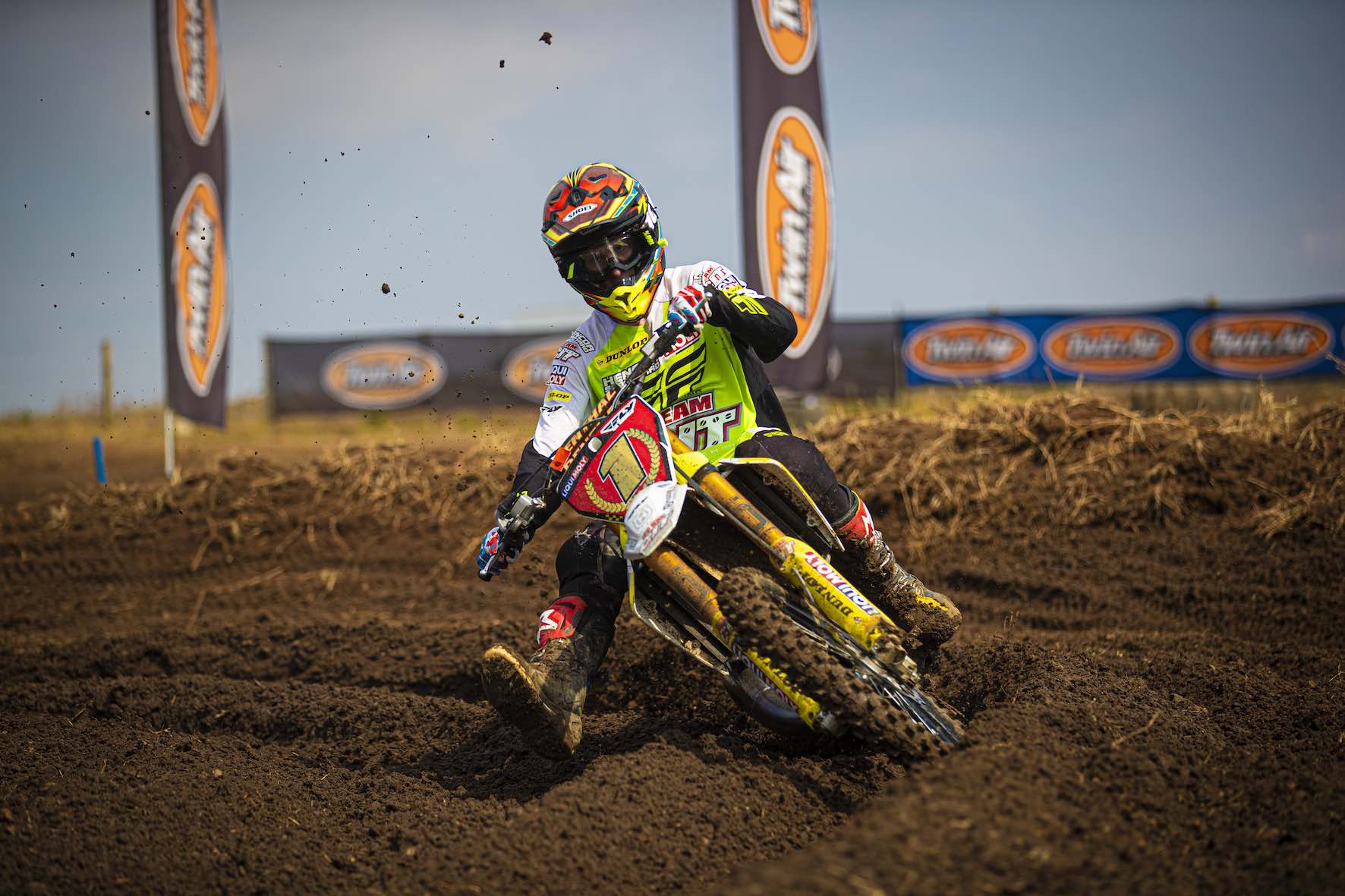 Championship leader Leonard du Toit made no mistakes as he beat his title rival Blake Young to the opening 85cc Pro Mini win to open his title advantage to 11 points ahead of the finale with Dylan Kirk, Wesley McGavin, Nate Mc Lellan, Wesley McGavin and Luke Grundy next up. Du Toit then wrapped it up with another win over Young, Lucas Venter, McLellan and McGavin and Luke Grundy next up, leaving Leonard du Toit 85cc Junior champion over Young and McLellan. 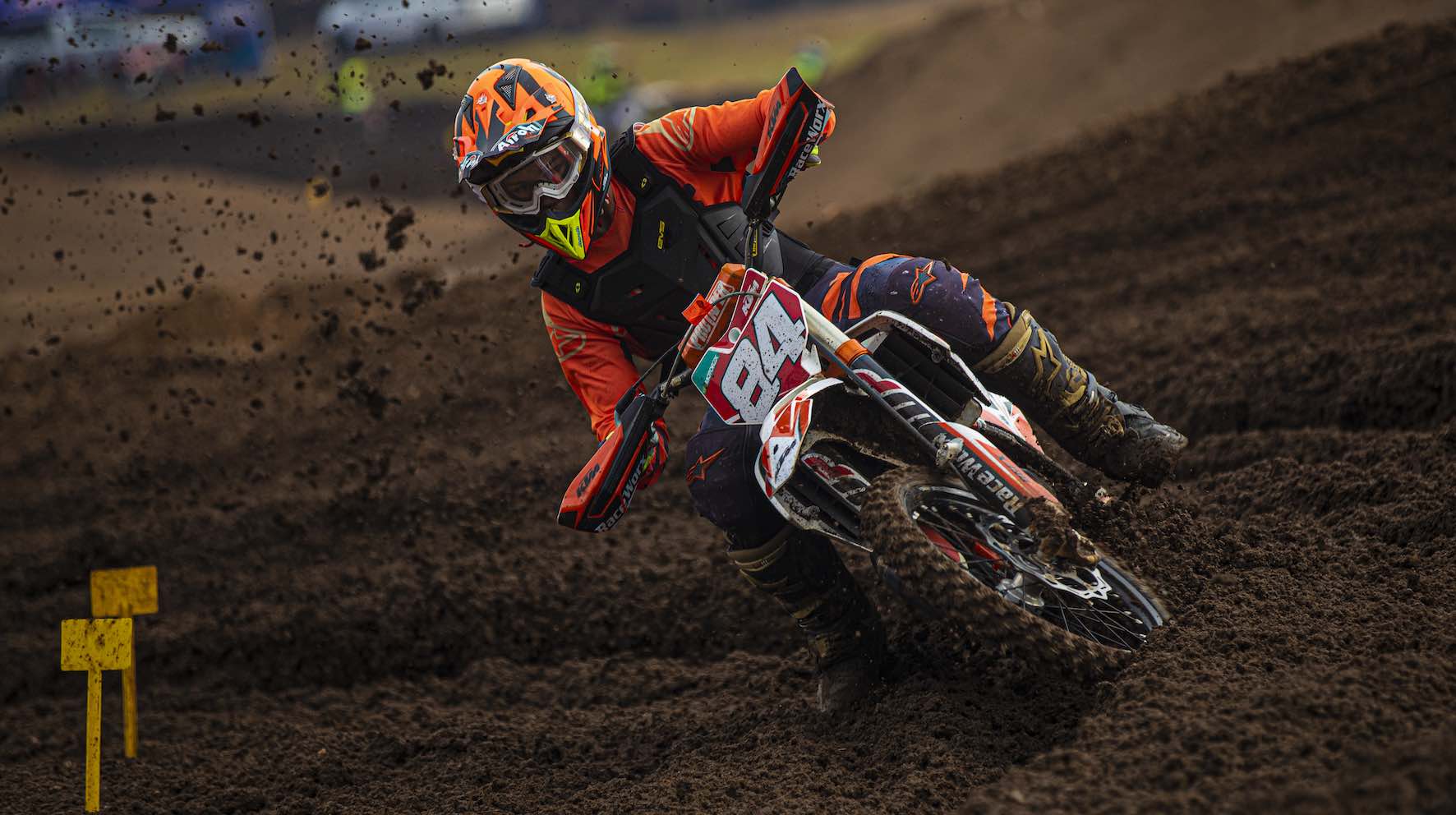 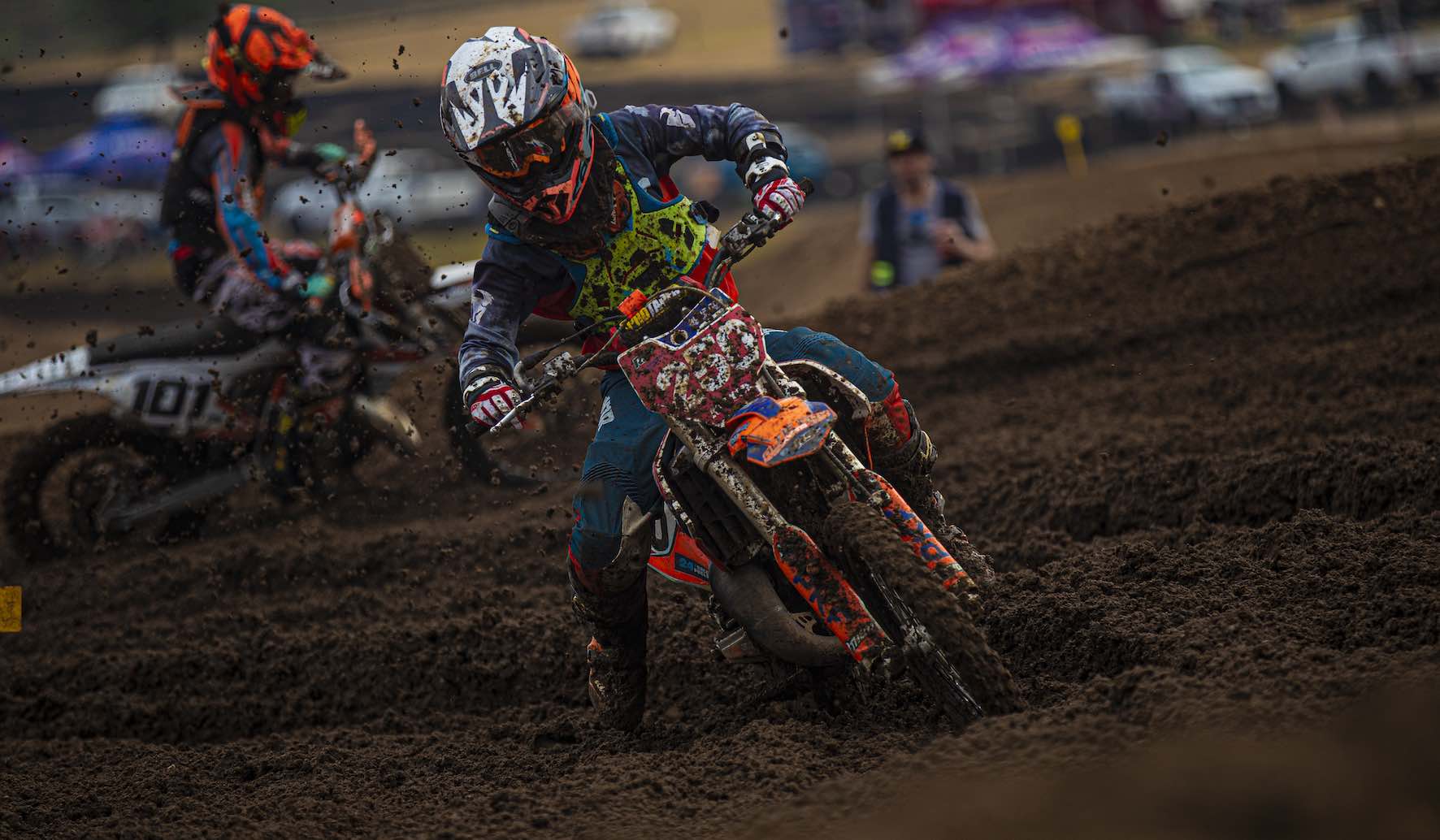 Neil van der Vyver rode to a dominant first 65cc moto win to wrap up the championship. Neil’s job was made easier when Trey Cox, Thor Johnson and Damon Garrell beat title rival Liam Botha to fifth and third in the chase, while Jordan van Wyk did not race as Cox closed to within 6 points of Botha with one moto still to race. Van der Vyver then closed his national season off with a double win for the day ahead of Cox, Johnson, Jack Pullen and Blade Tilley, but there was drama when Botha did not score leaving Cox to jump into second in the championship ahead of Botha and Van Wyk. 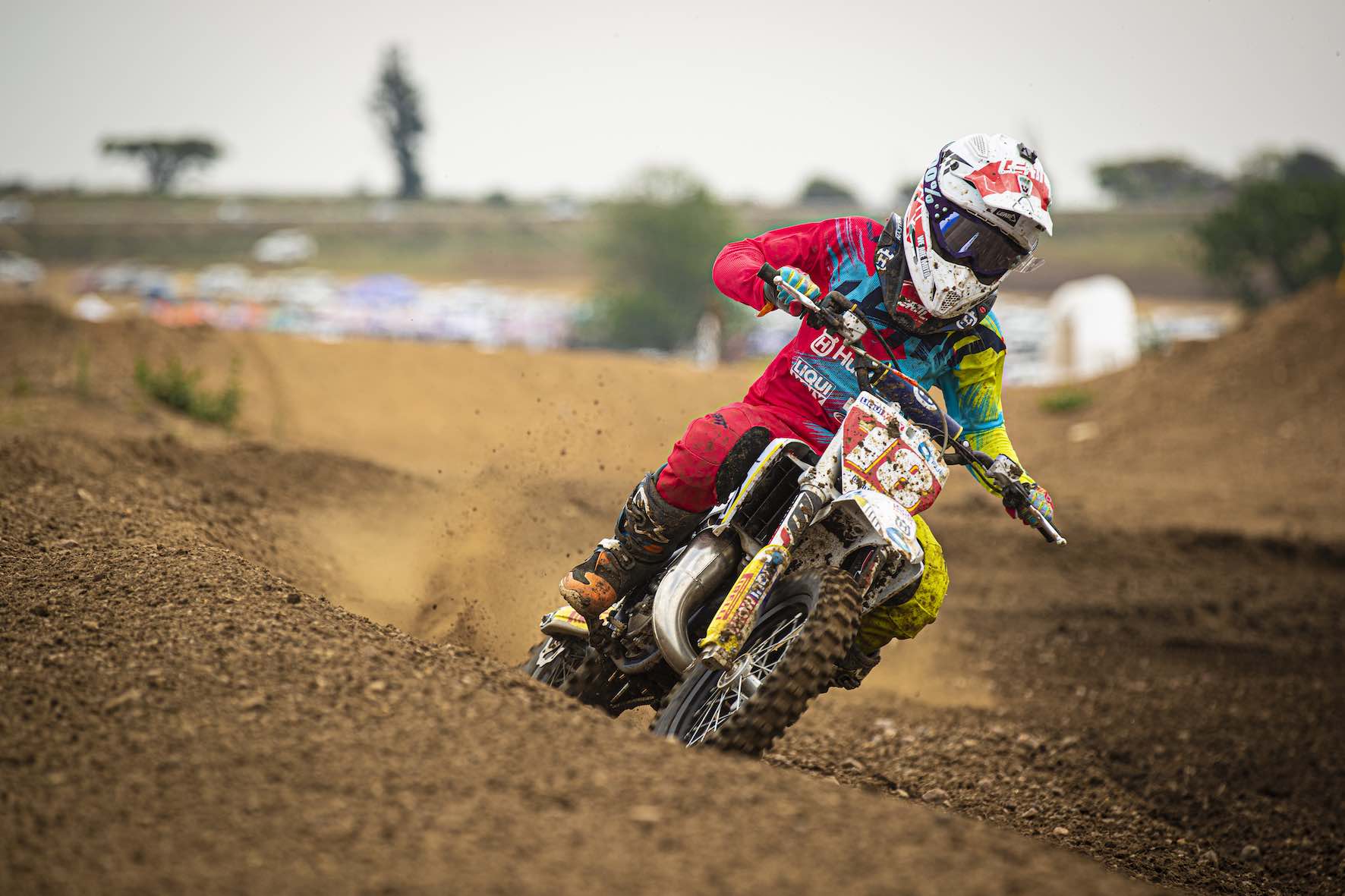 The 50cc finale proved another sting in the Championship tail as Christian Berrington Smith rode to a double moto wins over Chase Bekker, Jake Pretorius and Cruz Martin, while the championship leaders struggled as leader Ethan Williamson ended ninth, but second man Jake van Schoor was only seventh. That means Williamson is the 2019 champion from van Schoor, Berrington-Smith, Keenan Strauss, Pretorius and Bekker. 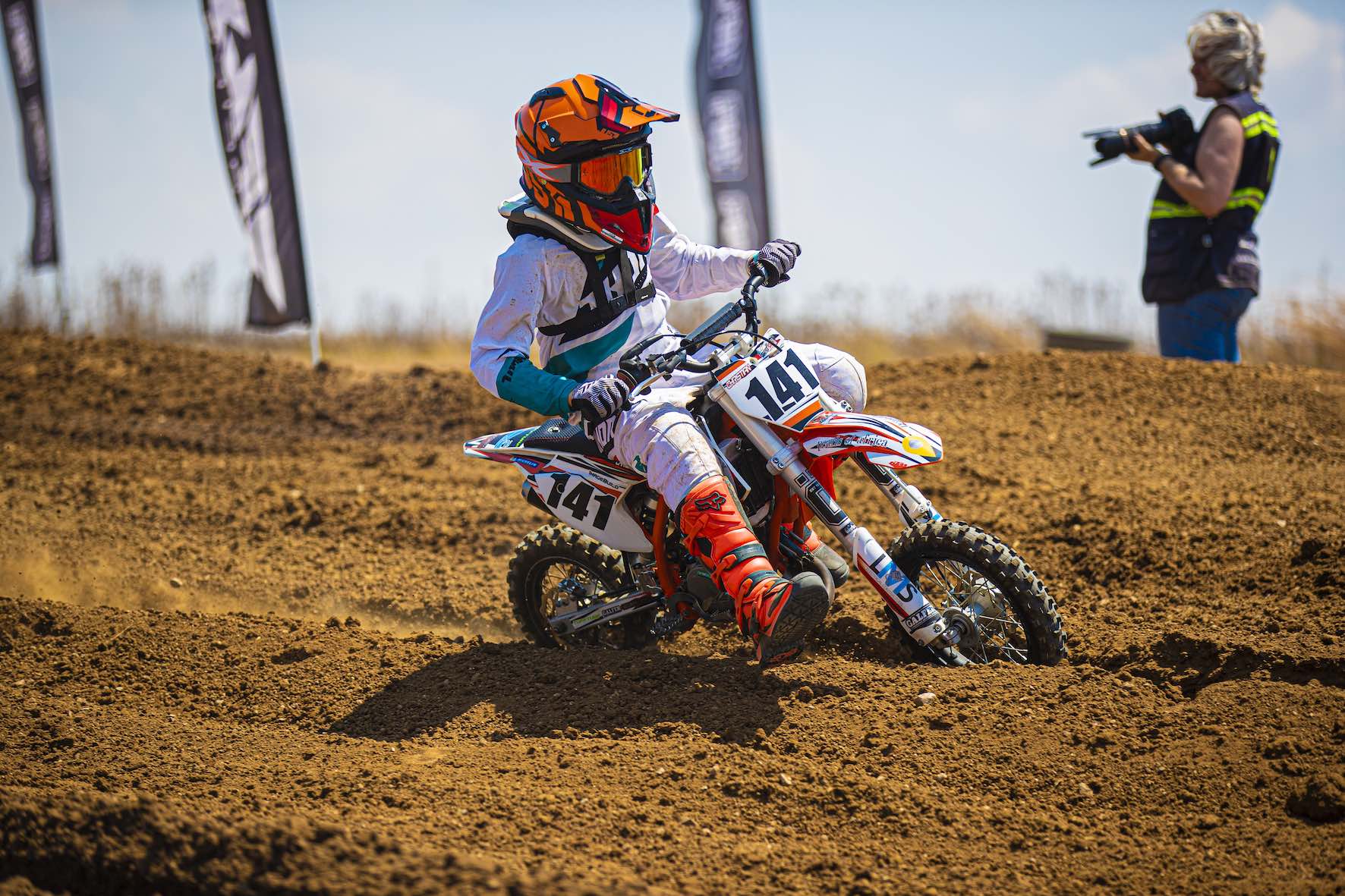 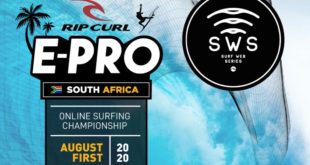